"Forget the other best-story collections. Datlow and Windling’s is the one that pins everything on imagination, then throws in fine writing as well. A seriously excellent anthology."  -  Kirkus Reviews 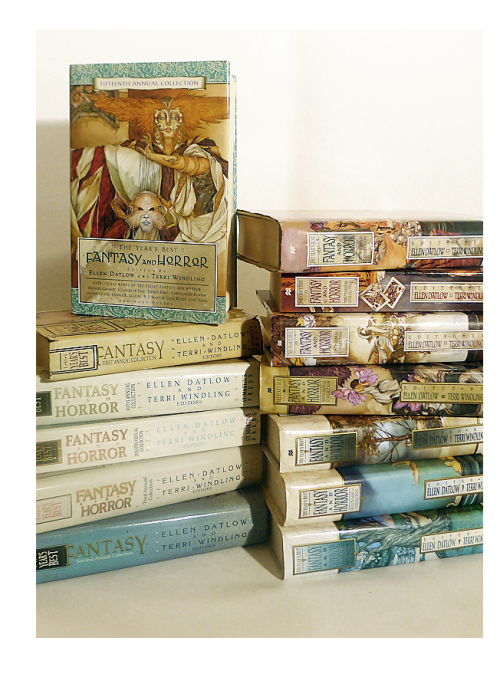 Our mission in these fat annual volumes was to gather together the best works of nonrealist literature published in the English language each year -- ranging from magical realism to surrealism, from high fantasy to horror. Ellen Datlow edited the horror side of the book, I edited the fantasy, and we collaborated on any material that fell in between the two.

I worked on the series for sixteen years, from its beginning in 1988 through Volume 16 in 2002. When I stepped down to focus on other projects, Kelly Link & Gavin Grant took over my editorial role -- and they did a splendid job, editing five fine books up to the series' end with Volume 21.

For a complete listing of stories and poems published in Year's Best, visit The Sluice, a website created by S.Y. Affolee.

Publisher: The Year's Best Fantasy & Horror series was created & packaged by Jim Frenkel for St. Martin's Press. The cover artist and designer was Thomas Canty, a member of the Year's Best team since the project's inception. Pictured above: thirteen of the sixteen volume co-edited by Datlow & Windling.