Dark Fiction for YA Readers: Teeth & After

Ellen Datlow and I come at the literature of the fantastic from two different directions: Ellen with her background in dark fantasy and horror, me with my background in high fantasy and mythic fiction. Combined, we cover a broad spectrum of tales, which makes us an effective team. Many our projects have grown from my personal interest in myth and fairy tales  -- so it's only fair that we also take on topics from Ellen's balliwick. The two anthologies here, of vampire and dystopian fiction, are among the latter.

Vampire tales have a mythic component, so Teeth was less of a stretch for me -- while After pushed me farther outside my editorial comfort zone. But with Ellen taking the lead on these two, and with the help of the excellent writers we worked with, both anthologies are ones I'm proud of...perhaps all the more because they weren't easy for me. I'm grateful to Ellen for the push. 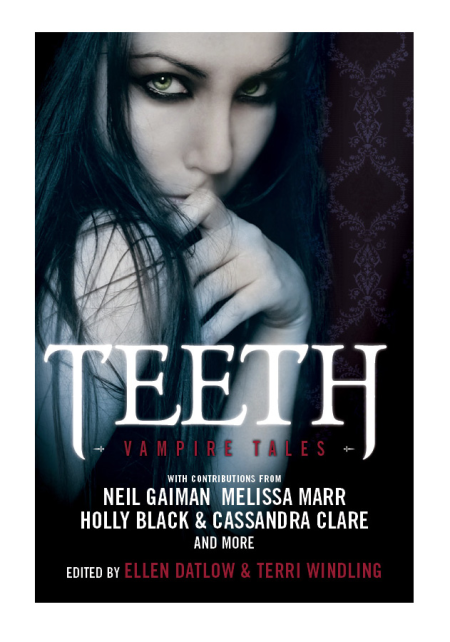 Although vampires stories are now firmly associated with Buffy the Vampire Slayer and the Twilight series, the legend itself is far older, of course -- older than Bram Stoker's Dracula, older than Byron's vampiric Lord Ruthven, older than the Slavic folk tales from which the name "vampire" derives. The origins of the vampire can be found in our earliest myths: in stories of blood-drinking demons and the restless dead told in numerous cultures all over the world.

Our challenge to the writers in this book was to take on this mythic history -- then to move beyond Dracula, Buffy, and Twilight to work with the mythos in interesting new ways. "Give us vampire tales that surprise us," we said. "That subvert all the usual 'teen vampire' tropes. We're looking for stories that are fresh, diverse, multi-layered, and beautifully crafted."

That was quite a tall order, but our writers met the challenge. These stories are simply stunning.

"This anticipated vampire-themed anthology from an editorial dynamic duo is a compilation of 17 short stories and two poems by award-winning, well-known, and new authors. An accessible, interesting introduction reminds readers that vampire lore has long existed in many countries and cultures, evolving over time. An eclectic mix of tales and tones, the stories (refreshingly not all focused on romance) are dark, humorous, bittersweet, haunting, mocking, or combinations thereof. They explore varying myths and themes of mortality, friendship, survival, the passage of time, misperception, manipulation, transformation, and change."  - School Library Journal

"Once again, Datlow and Windling have pulled together a who’s who of teen-literature and genre luminaries...Standout stories include Genevieve Valentine’s wonderful Chinese-American 'Things to Know About Being Dead,' the incredibly creepy 'Baby,' by Kathe Koja, and Cassandra Clare and Holly Black’s 'The Perfect Dinner Party,' which conveys the horror of being not-even-teenage forever."  - Kirkus Review 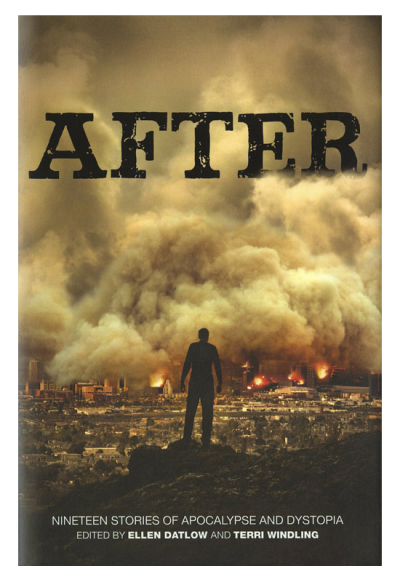 After: 19 Stories of Apocalypse & Dystopia

This anthology sprang from a simple idea: to seek out fine writers who share an interest in dystopian and post-apocalyptic tales, and to ask them to please write stories for us about what happens after.

A disaster of any kind: political, ecological, technological, sociological...the choice was entirely up to the writer. It could be after a nuclear war or a medical pandemic; after a scientific discovery with unforeseen and dire consequences; after aliens land, or society crumbles, or the very last drop of oil runs out...it could be after anything, so long as the changes provoked are calamitous, fundamental, and long-lasting. "We're not looking for tales focused on the disaster," we said, "but tales that tell us what happens next: what life is like for young people who are growing up in calamity's wake, or in 'perfect societies' gone wrong, or in the ruins of their elders' mistakes."

These stories approach the “after” theme from a variety of directions, drawing of the tropes of several different genres: science fiction, fantasy, horror, mystery, surrealism, and satire. They conjure floods, famine, and pestilence; monsters, horrors, despair, and devastation. And also, in the darkness, bright sparks of courage, hope, and resistance.

"Looking for happily ever after? Look elsewhere. These 19 original tales of technology gone wrong, disease run rampant, and Earth's inhabitants struggling to survive are dark, heavy, and filled with foreboding. They are also well-crafted -- each with its own flavor and texture -- creating a collection to be savored, pondered, and enjoyed."  - Publishers Weekly

"A notably diverse anthology: in the authors chosen, in the subject matter covered, and in the tone and scope of the individual stories. Read this one for the quality of the writing whether you're a dystopian fiction fan or not. The topic may be a dark one, but the stories are shot through with light."  - YA Review

"A must read for all dystopian fans."  - The Guardian Children's Books

Go here to read the book's Afterword: "A Short History of Dystopian Fiction"

Go here to read about how the book came together in "The Big Idea" column on John Scalzi's blog, Whatever.