Kate Rusby, "Who Will Sing Me Lullabyes?" 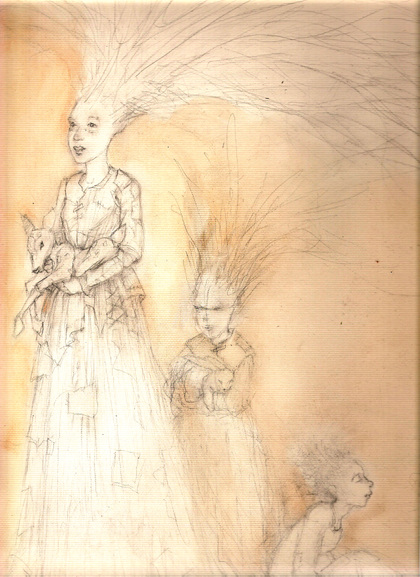 Rough drawing for a painting-in-progress . . .

in From my sketchbooks, Works in progress | Permalink | Comments (4) 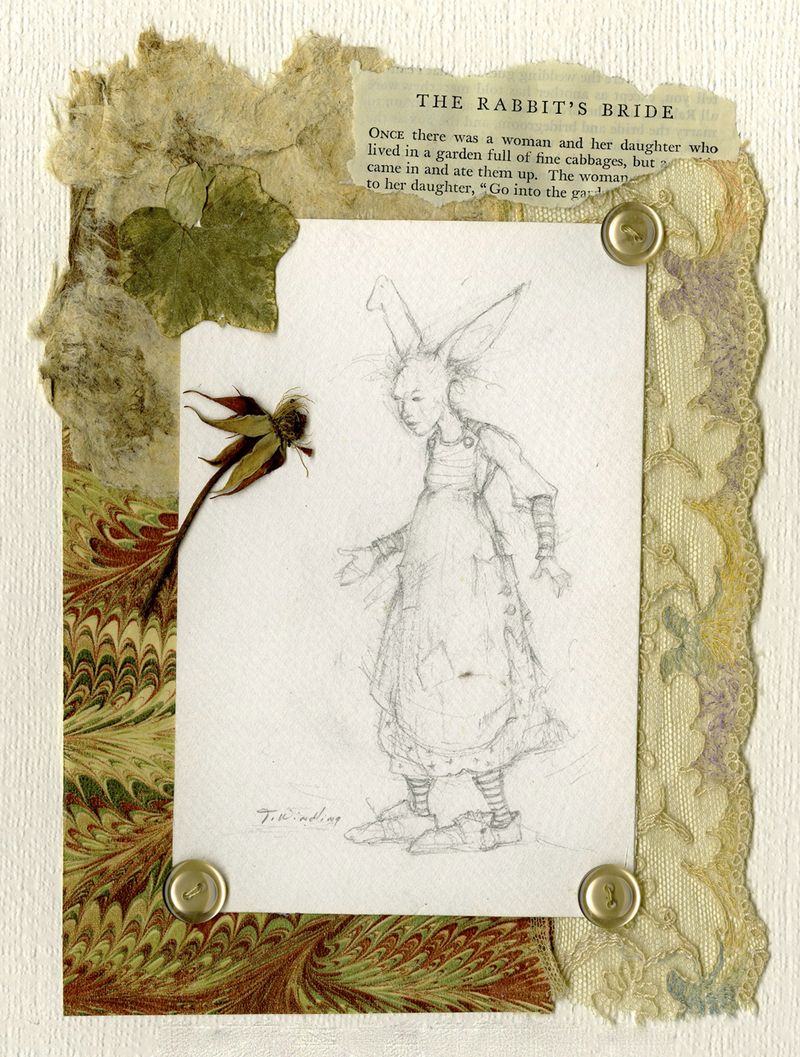 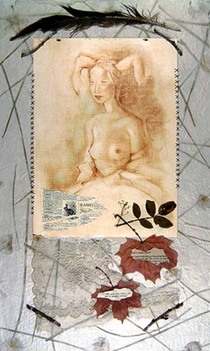 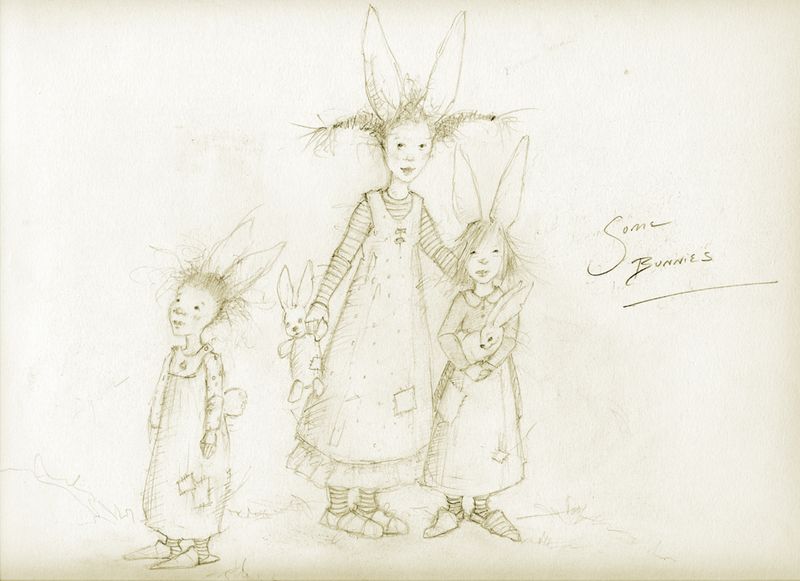 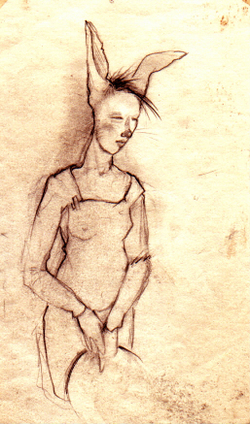 There was good spring rain in the desert this year, so everything is looking fresh and green...and the rabbit population has exploded.

My bedroom here in Tucson is in a former horse barn, surrounded by mountains, cacti, and wildlife. In the morning, the desert beyond my porch is hoppin' with white-tailed desert bunnies, ignoring me and going about their business as I drink my morning coffee. . . .

"Rabbit Maiden,"  from a desert sketchbook

in From my sketchbooks, Life in the Arizona desert, Rabbits & hares | Permalink | Comments (2) 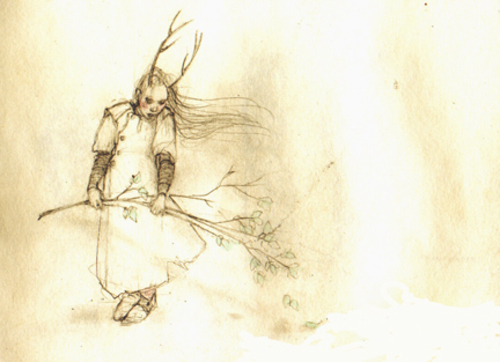 I've just traveled from Dartmoor back to the Arizona desert...from deep green hills to dusty blue mountains...from sheep in the fields to coyotes in the wash. My eyes are still adjusting to a subtler color palette; my body is adjusting to the time zone change; and I have to keep reminding myself which side of the road to drive on in my battered old pick-up truck.

Here's a drawing of a shy desert spirit, related to the mule-eared deer who delicately pick their way through a prickly terrain of cactus, creos0te, and scrub.  She's a melancholy soul -- probably because I'm missing someone who is an ocean away.

in Deer, From my sketchbooks, Life in the Arizona desert | Permalink | Comments (6)