The Spirit of the Ainu

I've long been fascinated by the Ainu culture of northern Japan, with its rich mythology and earth-centered spirituality. In the video above, a group of dancers sponsored by the Ainu Association of Hokkaido perform their traditional Crane Dance for a UNESCO celebration of indigenous cultures. 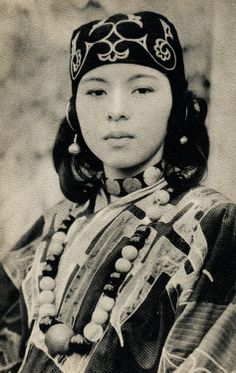 "The Ainu," they explain, "are an indigenous people who today live mostly in Hokkaidō in northern Japan. Traditional Ainu dance is performed at ceremonies and banquets, as part of newly organized cultural festivals and privately in daily life; in its various forms, it is closely connected to the lifestyle and religion of the Ainu. The traditional style involves a large circle of dancers, sometimes with onlookers who sing an accompaniment without musical instrumentation. Some dances imitate the calls and movements of animals or insects; others, like the sword and bow dances, are rituals; and still others are improvisational or purely entertainment. Believing that deities can be found in their surroundings, the Ainu frequently use dance to worship and give thanks for nature. Dance also plays a central role in formal ceremonies such as Iyomante, in which participants send the deity embodied in a bear they have eaten back to heaven by mimicking the movements of a living bear. For the Ainu, dance reinforces their connection to the natural and religious world and provides a link to other Arctic cultures in Russia and North America." 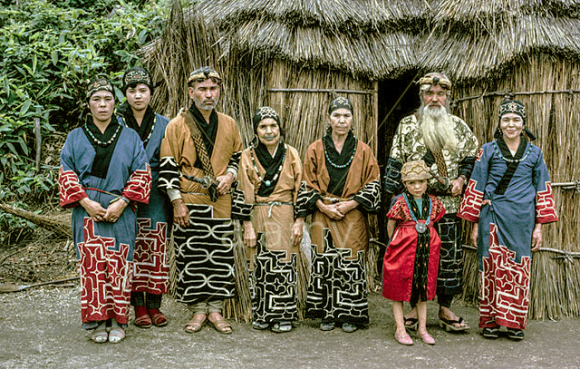 An Ainu family in traditional dress, 1962; and a scroll painting of the Iyomante ceremony, circa 1870.

The video below features the Ainu Rebels, a group of politically-minded young Ainu who celebrate their ethnicity by mixing traditional dress, dance and language with hip-hop and rap. It's not very slick in production values, but the video is captivating nonetheless as these young people reclaim pride in their ancient traditions and fuse them with the modern world.

If you're interested in reading more about the Ainu, I particularly recommend the following books: Our Land Was a Forest: An Ainu Memoir by Kayano Shigero, Harukor: An Ainu Woman's Tale by Hatsuichi Honda, Ainu: Spirit of a Northern People, edited by William W. Fitzhugh and Chisato O. Dubreuil, and Specimens of Ainu Folk-lore by John Batchelor. 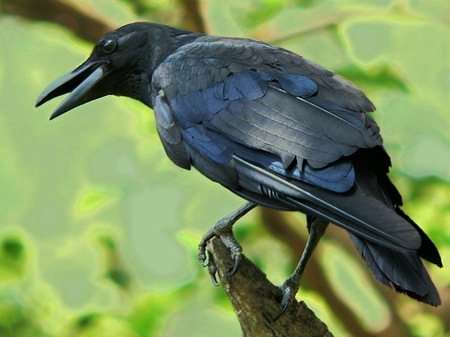 Crows can recognize individual human faces. Now how cool is that?

This intriguing drawing -- titled "Am I Like You?" -- comes from Heather Peagrum, a young artist based in London whose work I've recently discovered. Much of her art is inspired by psychoanalytical interpretations of myths and fairy tales. Great stuff. Visit her website to see more. 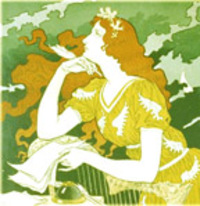 As a writer and reader, I adore the elegance and subtlety of the semi-colon; as an editor, the  proper use of semi-colons in story submissions definitely scores bonus points with me. But according to James Kilpatrick (quoted recently in The Boston Globe), the semi-colon is "girly," "odious," and "the most pusillanimous, sissified, utterly useless mark of punctuation ever invented."

Not only is he utterly wrong about this, and not only is it weird to assign a gender to a punctuation mark, I'm also struck by the fact the "odious" nature of the semi-colon, according to Fitzpatrick, seems to derive from this supposed association with women. It makes me bristle when the word "girly" is casually tossed around as a form of abuse, as though being a girl is such a dreadful thing. The Broadsheet column over at Salon.com has a great tongue-in-cheek response to this nonsense. 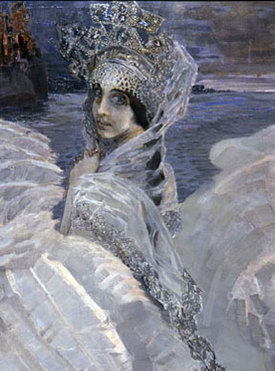 The"Farewell Issue" of The Journal of Mythic Arts is now live. It's packed full of all kinds of interesting things, including a particularly rich outpouring of mythic poetry (with one poem offered in video form). As Midori says in her introductory post on the Endicott blog, it's a pleasure tinged with melancholy to offer our readers this final issue. We hope you enjoy it.

And now we turn our attention to the new Endicott projects we have afoot, so please stayed tuned. . . .