The audacity of hope... 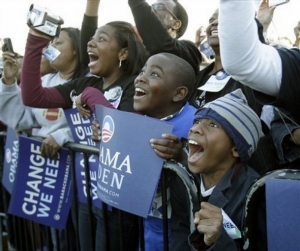 I'm back home in beautiful, chilly Devon this week, but I made sure to cast my presidential ballot before I left New York. (I'm still a U.S. citizen, despite my U.K. residence.) It sure felt good to put that puppy in the mail, especially since, incredibly, my home state of Arizona is now looking like it could swing either way. I wore my "I'm an early voter" sticker on the flight home, and it prompted some interesting conversations with British travelers eager to talk about the American election. And yes, our electoral system is deeply flawed, but it gave me a thrill to cast my ballot nonetheless. Women fought and even died to give me this right, and it's something I never take for granted.

The picture above is an AP Photo by Alex Brandon, via Colleen Mondor's Chasing Ray blog. I'm with Colleen when she says, "...here is a picture that impressed the hell out of me. When was the last time kids looked at a presidential candidate like he was a rock star? They're beautiful aren't they? Beautiful and ready to change the world."

I've been thinking about the storytelling process recently -- and why some of us are driven to make the telling of stories (on paper, on canvas, on the stage, etc.) the central work of our lives. What's behind this compulsion? Beyond issues of skill, craft, and earning a living, what is it we have to say? Every so often, in different stages of my life, I ask myself once again: Why am I a writer; why am I a painter; what is it I am trying to communicate? I can't reply on past answers to those questions, because the answers change as I age and change. Sometimes I'm clear and passionate about why it is I do the work I do. Other times, it is only by engaging with the work itself that I come to understand my own mind -- as thoughts, feelings, and concerns I didn't even know I had emerge in the creative process.

Yesterday I was in a large bookstore, which is generally one of my favorite places to be -- and instead of feeling thrilled by all the choices around me, I felt suddenly depressed by all those shiny new books. So many authors, so many dreams, so many voices clamoring to be heard. What need had anyone of mine? I thought, dispirited. Later, while I was making supper, I turned on Ellen's radio program Sound & Spirit for company. I've only recently discovered how many of the Sound & Spirit shows are now available online, and I'm enjoying listening to old favorites again and catching up on the ones I'd missed. Last night, I listened to "Surviving Survival" -- a show Ellen recorded years ago, for which I'd been one of the writers interviewed. I then had the very odd experience of listening to my younger self explain to me why the telling of stories is important. It's simple really (my younger self reminded me): I tell the stories that I do because I'm the person that I am. It's bearing witness. It's creating beauty in the teeth of destruction. It's both a necessity and a privilege, and that's enough.

Patricia Hampl once wrote (in The Writer on Her Work, Volume II): "For a writer it's a big deal to bow -- or kneel or get knocked down -- to the fact that you are going to write your own books and not somebody else's. Not even those books of the somebody else you thought it was your express business to spruce yourself up to be."

It's taken me all these years to fully appreciate how true this is.

(The video above is "Telling Stories" by the exquisite Tracy Chapman.)

in Creative inspiration, Life in the city, Music, On the creative process, On writing, Random thoughts | Permalink | Comments (4) 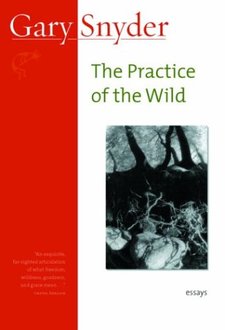 Here's a taste:
"Snyder, who is seventy-eight, has written nineteen books of poems and essays that are engaged with watersheds, geology, logging, backpacking, enthnopoetics, Native American oral storytelling, communal living, sex, coyotes, bears, Tibetan deities, Chinese landscape painting, Japanese Noh drama, and the intimacies of family life....He is, notably, a poet of the Pacific Rim. He told me, 'I think of my territory as that which I have walked in person and know the weather at any given time of year, know a lot of the critters, and know a lot of the people. That would be from around Baja up to Alaska, through the Aluetian Islands, then pick up again in Hokkaido, down Japan and into Taiwan and the south coast of China, and the Pacific, which I know pretty well, having sailed it a half a dozen times by a nice slow boat going fourteen knots, day and night."

Now that is a poet's life.

(You'll find a small selection of Snyder's work online here, and the poem he kindly allowed Midori Snyder and me to publish in The Journal of Mythic Arts here.)

Dancing in the desert.... 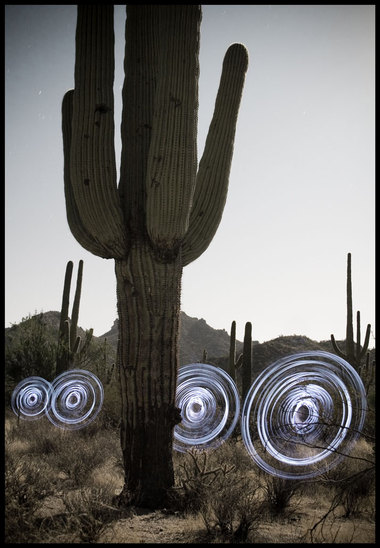 As I sit here in Manhattan on a crisp, clear autumn morning -- waiting for my UK Spouse Visa to come through before I can return to the UK --  this beautiful new picture by my friend Stu Jenks has made me homesick for my other home, the magical Arizona desert.

Stu calls it "Four Women and a Kit Fox." You can read why on his blog.

in Life in the Arizona desert | Permalink | Comments (2) 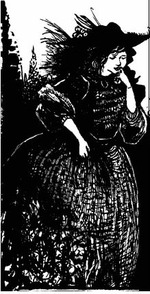 The Autumn 2008 Issue of the poetry webzine Goblin Fruit is now online - filled, this time, with bones and sighs and a dollop of goblin mischief. The talented young team of Amal El-Motar, Jessica P. Wick, and Oliver Hunter have produced yet another excellent issue, going from strength to strength.

And while you're at it, don't miss the interview with Jess and Amal over on the Cabinet des Fees site. Or their new merchandise page on Cafe Press.