Drawing of the day: a prayer of thanksgiving 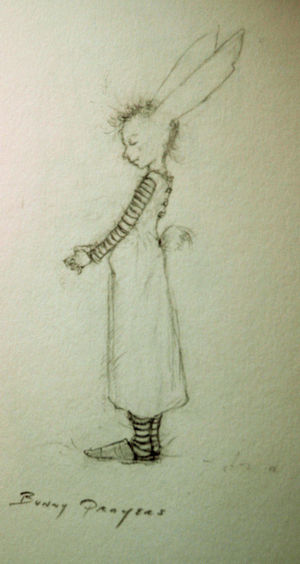 I still haven't got a scanner, so this is just a quick snap with my digital camera. Not as crystal-clear as I'd like, but you get the general idea...

in From my sketchbooks | Permalink | Comments (4) 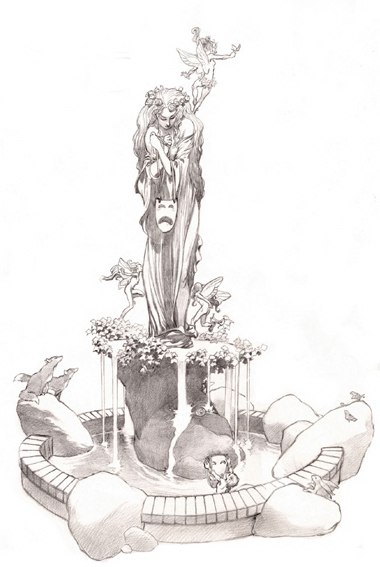 I'm still too distracted by house-buying and book-finishing to post here properly, but in the meantime check out Charlie Vess's blog (November 25th entry), where he details the on-going process of creating a bronze fountain, for a public plaza in Virginia, inspired by A Midsummer Night's Dream.

I finally got to see Seth Lakeman in concert on Sunday night, after two years of near-misses in all my previous attempts to do so. Lakeman is a local lad, specializing in songs inspired by the history and folklore of Devon and Cornwall, and the Great Hall at Exeter University was packed with an enthusiastic crowd. Despite a hyperactive light show that ocassionally made it hard to actually see the musicians (at least from our vantage point in the balcony), it was a terrific performance full of dazzling musicianship. Lakeman on fiddle is truly a wonder to behold.

The video above features one of the songs he performed, "Solomon Browne," off his lastest CD, Poor Man's Heaven -- though for me the highlight of the night was his solo performance, with fiddle, of an earlier song, "Kitty Jay," based on the legend of Jay's Grave. (Check out this interesting little video about the song's creation.)

I doubt I'll be able to post again this week -- I'm in the middle of buying a house and finishing an anthology -- but I'll be back when life slows down long enough. And as soon as I can get my hands on a functioning scanner, I've got some new paintings and drawings to share.

in Life in a Devon village, Music | Permalink | Comments (3)

My friend Iain McCaig has an amazing new book out: Shadowline, from Random House/Insight Editions. This stunningly beautiful volume compiles many years worth of paintings, drawings, film designs, book illustrations, and much, much more. The sheer range of Iain's work is jaw-dropping -- even to someone like me who has loved his art for years -- and the text is a delightful, insightful exploration of the process of telling stories through still and moving images. (Don't let the cover price put you off; this lavish volume is worth every penny and then some.)

Iain was born in the U.S., raised in Canada, studied art in Scotland, began his book illustration career in London, married a lovely woman from Portugal (with whom he's raised two childen), and has worked on films in California and around the world.  You can see some of his work here (on the Endicott Studio site ) and here (on the Gnomon Workshop site). He's also got a new blog in the works. 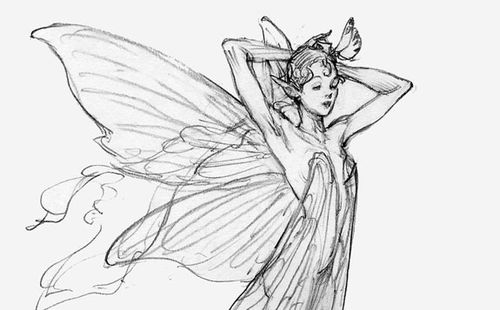 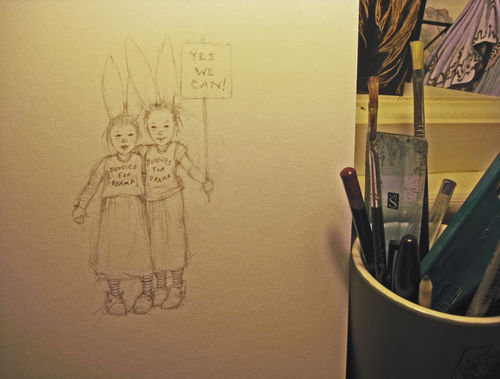 One last election-related post before I move on (I promise) to more myth-related things.
Here's a recent page from my sketchbook -- drawn on that nail-biter of an election night and now propped up on my desk....(Click on the drawing to see it more clearly.)

in From my sketchbooks | Permalink | Comments (5)