I've always been a devourer-of-books (my husband marvels at the number I get through each week), yet if there's one good thing about spending a month in bed sick (and it's pretty much the only good thing), then it's the opportunity to indulge in a complete orgy of reading without guilt over all the other things that you really ought to be doing (...like earning a living, for example). From the stacks that tottered by my bed this spring, I've listed the books that I particularly recommend in the "On the Shelf" column to the right of this page (with a special shout-out for Luis Urrea's Into the North). But as I've mentioned in previous posts, there were two books that especially hooked me -- for they not only helped me to pass the time in bed, but also to sweep the cobwebs off my brain as I recovered. They got me thinking again, which was the first step back to normal life and my own work. 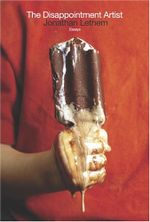 The first of these books was The Writer's Desk, discussed in the June 17th post below. The second was The Disappointment Artist, a collection of essays by Jonathan Lethem.

I've long been a fan of Lethem's work -- which, despite all the awards it has garnered, still isn't as widely known as it ought to be. I adore his books -- such as the quirky Motherless Brooklyn, a detective novel with a narrator who suffers from Tourettes, and The Fortress of Solitude, which is so damn good it ought to be on every list of Great American 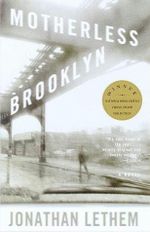 Fiction. I came to Lethem's essays on the heels of an essay binge that had started with Michael Chabon's Maps & Legends and then moved on to Ursula K. Le Guin's Cheek By Jowl, Gary Snyder's Back on the Fire, and Learning to Drive by Katha Pollitt. But as good as those books are, it was The Disappointment Artist that truly knocked my socks off. Lethem is absolutely a writer's writer. The skill with which he crafts an essay is so understated yet so remarkably fine that it 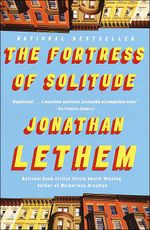 rewards the reader who cares about such things with an almost physical pleasure. With his subject  matter ranging from the films of John Ford and the books of Philip K. Dick to growing up in a  Bohemian household in Brooklyn, Lethem's essays succeed in the task of being both deeply personal and universal...and so sharply insightful that I kept stopping in my tracks to read paragraphs and whole pages over.

because I had recently re-read "The Ecstasy of Influence," Lethem's brilliant article on copyright and plagerism (Harper's, 2007). I thus came to the book with high expectations, but The Disappointment Artist did not disappoint. On the contrary, not only did it leave me wanting more (I'm working my way through his story collections now) but it made me eager to get out of that darn bed and back to the writing desk myself. It re-kindled my love affair with the English language. And that's the highest praise I know.

Oh I love Motherless Brooklyn! I taught it to junior and senior boys at the Jesuit high school as part of a course on Noir Fiction and Film. It was one of the last novels they read (after Chandler and Hammett) and they so enjoyed getting all the literary allusions and nods to the noir genre. I think I read the book about six or seven times for each semester I taught it! And it never got old.

Wow Terri, you are really hitting home! Your mention of the Toole Shed the other day made me so nostalgic for that magic shared art making space, one of my proudest and fondest memories.
Jonathan Letham and I grew up in the same neighborhood at the same time, and nobody has ever described that place and time better than he! Thanks for the shout out for this great writer who identified the mythic wonder and chaos of the Brooklyn that was.
Great writing from you too Terri, as always,
Love,
James Graham

Hey, James, thanks for your comment! I forgot that you're another Brooklyn boy.... The Toole Shed Studios building was a wonderful creation, and I still miss it.