On the hill behind the woods behind our house.
(Click on photo to enlarge.) 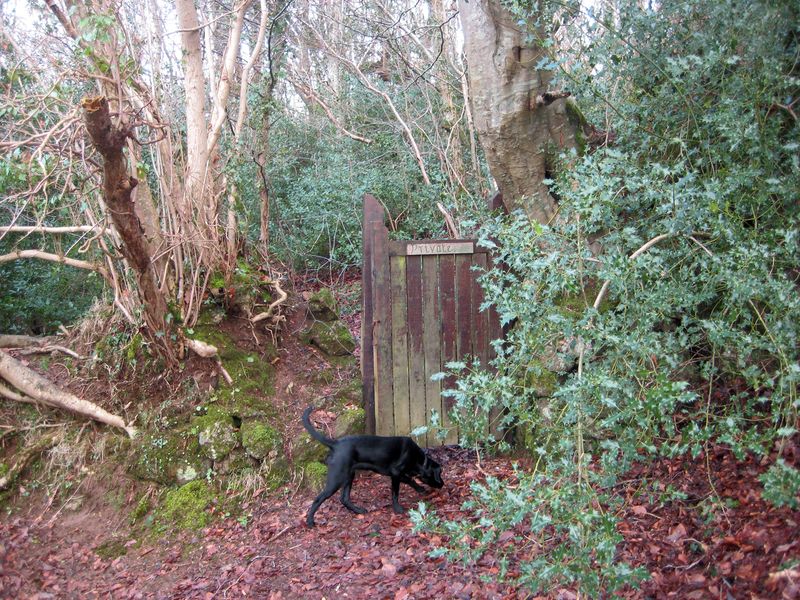 In the woods behind our house.
(Click on photo to enlarge) 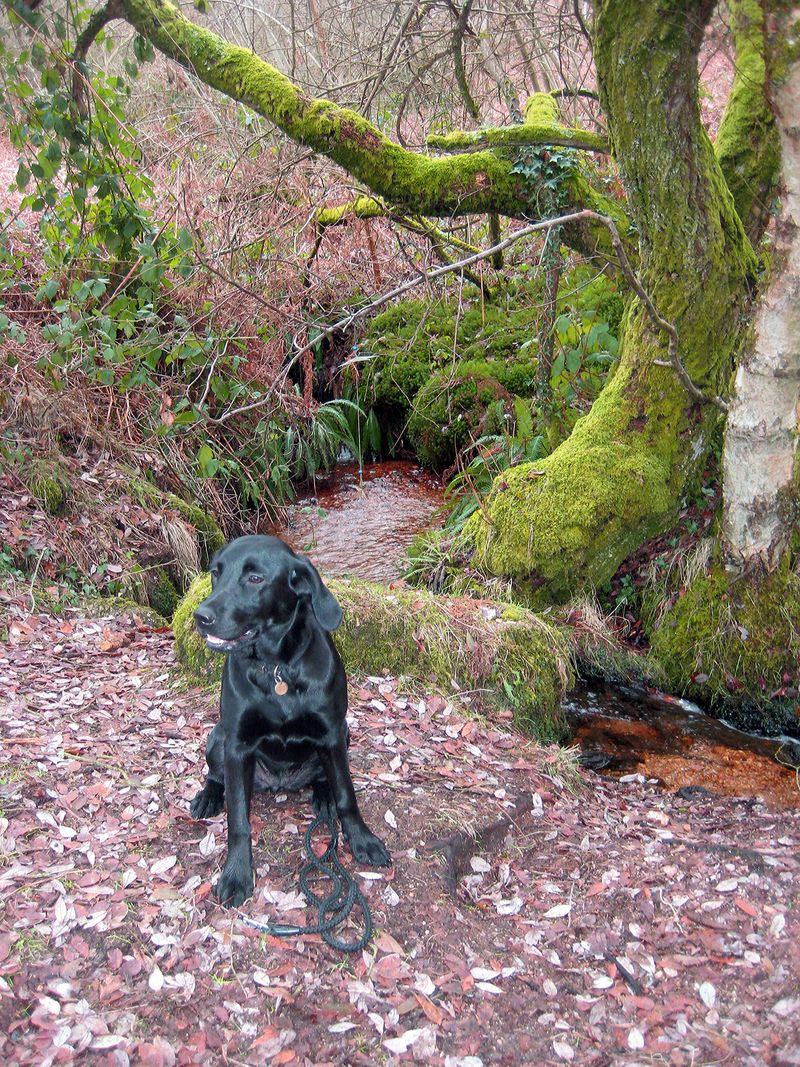 Tilly posed this morning against an Alan Lee backdrop (a stream by the village Commons).
(Click on photo to enlarge) 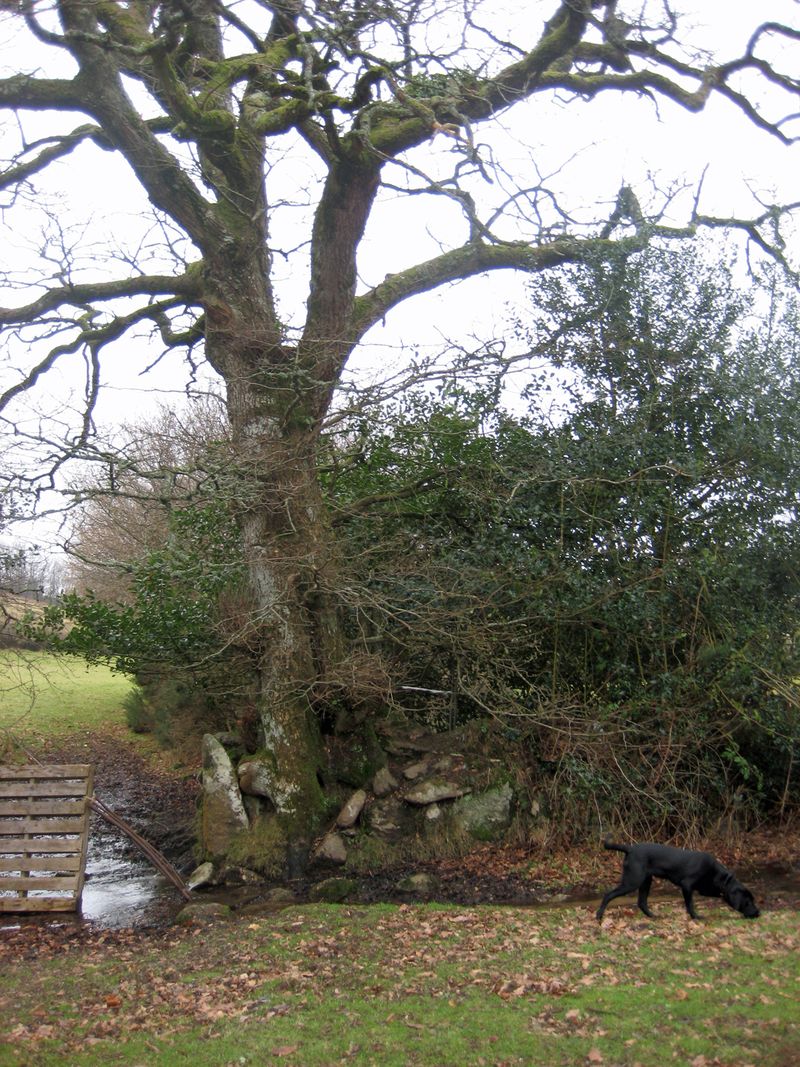 The snow has disappeared just as abruptly as it came . . . but Tilly doesn't mind, for the world is full of sticks to chew and birds to chase and mud to muck in and pony dung to sniff, which is all it takes to gladden her heart. Now if only I was so easy to please. There is much to be learned from a little black dog, such as the arts of joy and living fully in the present. Tilly, my little zen master. Our morning walks, a meditation and a prayer. 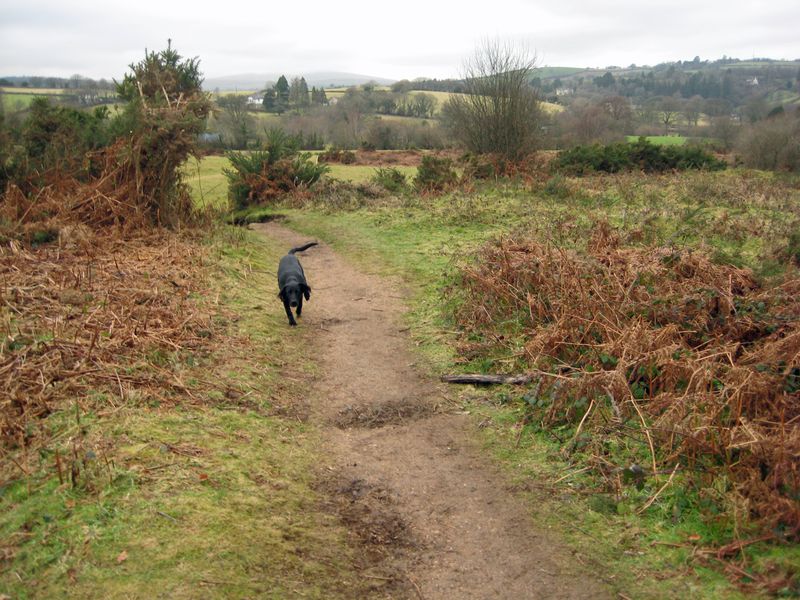 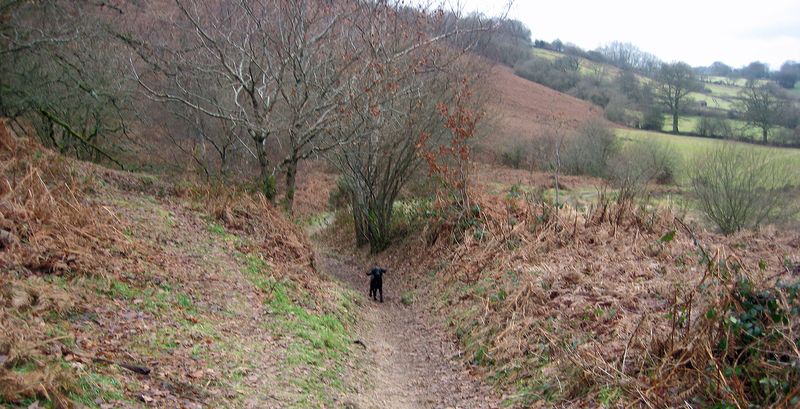 Below is the necklace I'm wearing today. Created by Mia Nuttick, it comes from the Interstitial Arts Foundation's last auction. Black dogs and fairy tales. . . . How can I help but love it? 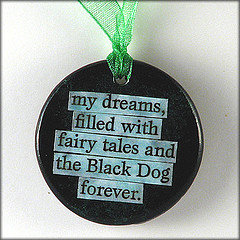 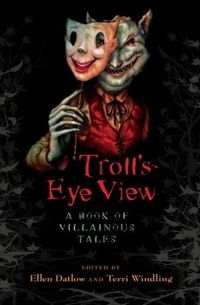 Troll's Eye View: A Book of Villainous Tales was just named an ALA Notable Book of 2010. Considering how many darn good children's books are being published these days, Ellen and I are surprised and delighted to find that our beloved little volume of twisted fairy tales has been singled out for the ALA's select list.

The honor, however, is due entirely to all the writers who created such fabulously quirky stories and poems for the book...with a tip of the hat to Sharyn November, who acquired the book for Viking, guided it through the publishing process, and supervised the creation of its dashingly villainous cover and exceptionally lovely interior design. Hooray one and all!

I'm still recovering from flu (though doing better than I was, thank you for asking), still dealing with deadlines, but the snow is now gone -- for which I am alternately grateful (we're no longer marooned in the village) and sad (for it was awfully pretty).

Oh, and in my flu haze I keep forgetting to mention two things. First, there's an interview with me in the winter issue of The Write Place at the Write Time, a fine literary quarterly edited by Nicole M. Bouchard. (Check out their archives as well, which include an interview with Alice Hoffman in Autumn 2008.) Second, British children's book writer Katherine Langrish (whose books I've highly recommended in the past) has a terrific new blog focused on fiction, folklore, and the writing life. Called Seven Miles of Steel Thistles, you can check it out here. 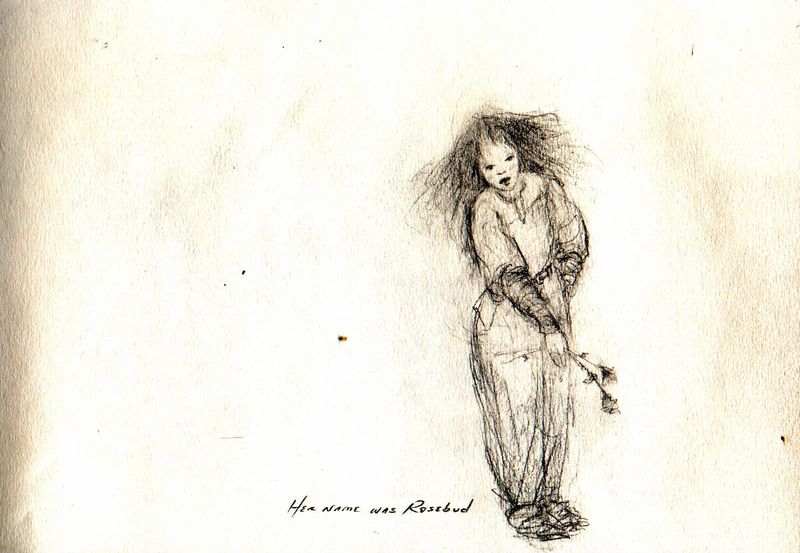 in Books, From my sketchbooks, On writing, Publishing news | Permalink | Comments (3)