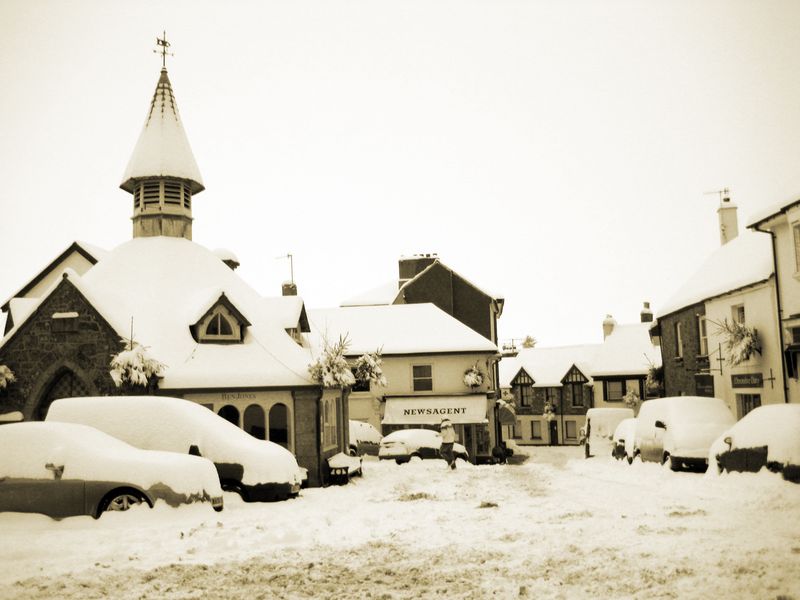 Our snow deluge of last week was starting to melt this weekend, with grass poking up through the drifts of white in our yard. Today, we were told, it would rain, and the roads into and out of the village would finally clear. Instead we woke up to more snow than I have ever seen in all my years on Dartmoor...and sometimes I just have to wonder if the the village's true name isn't Brigadoon.

I love days like this, when cars remained parked, time seems to stop, and people walk and haul children and groceries on sleds. The village is quiet without the rumble of motors, and we all step back into another century... 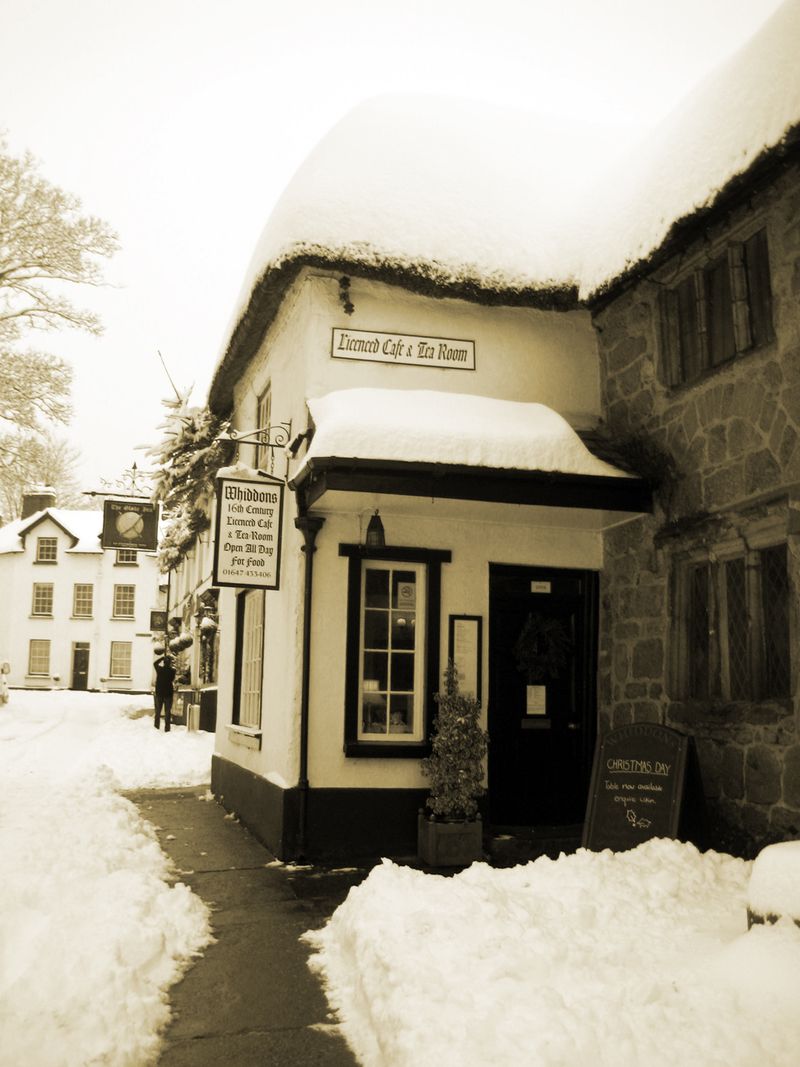 Snow on the thatched roof of a 16th century building: Whiddon's Tea Shop. (The name comes from a local legend.) 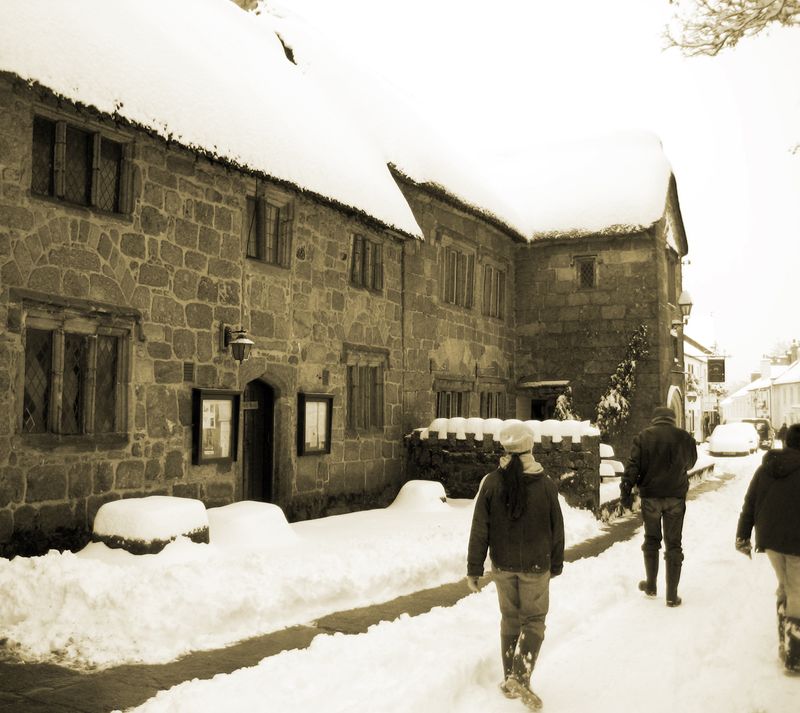 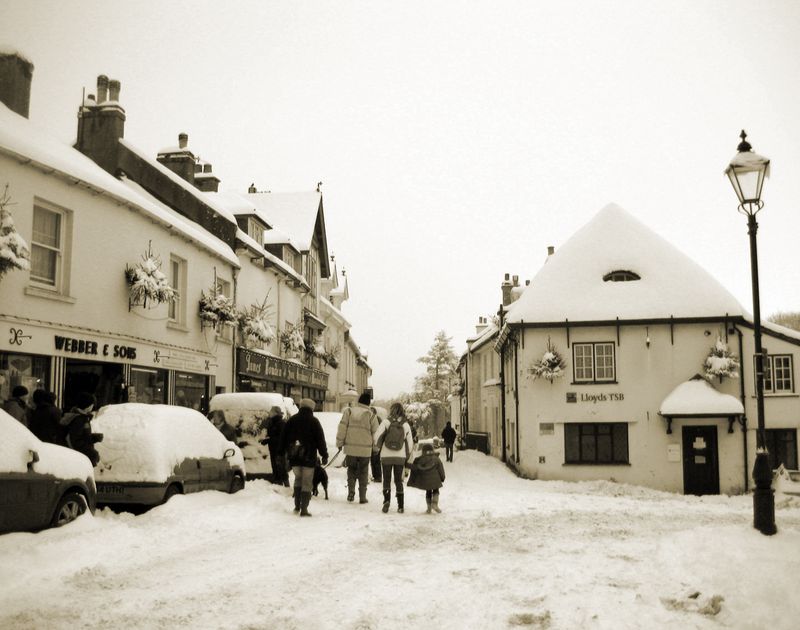 Snow on the thatched roof of the Lloyd's Bank building, as neighbors and dogs hike through the village Square. 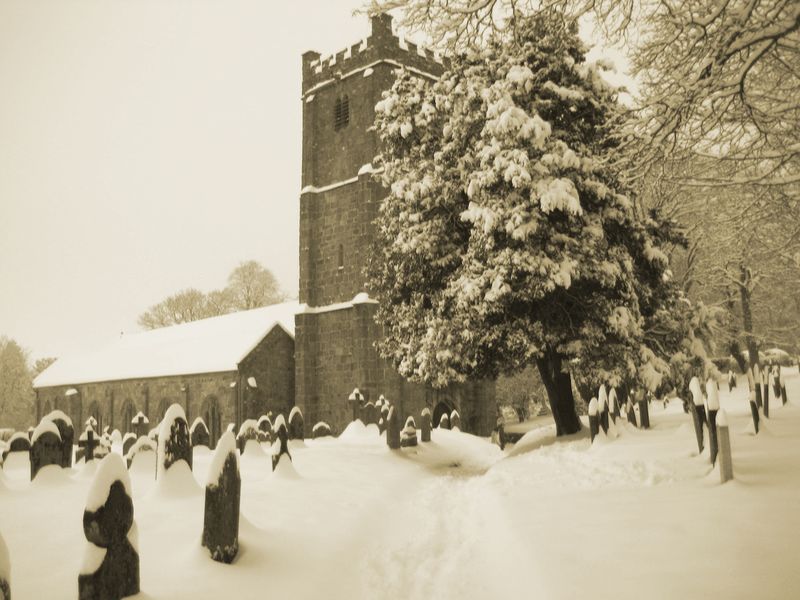 The village church, which celebrates its 750th anniversary next year. 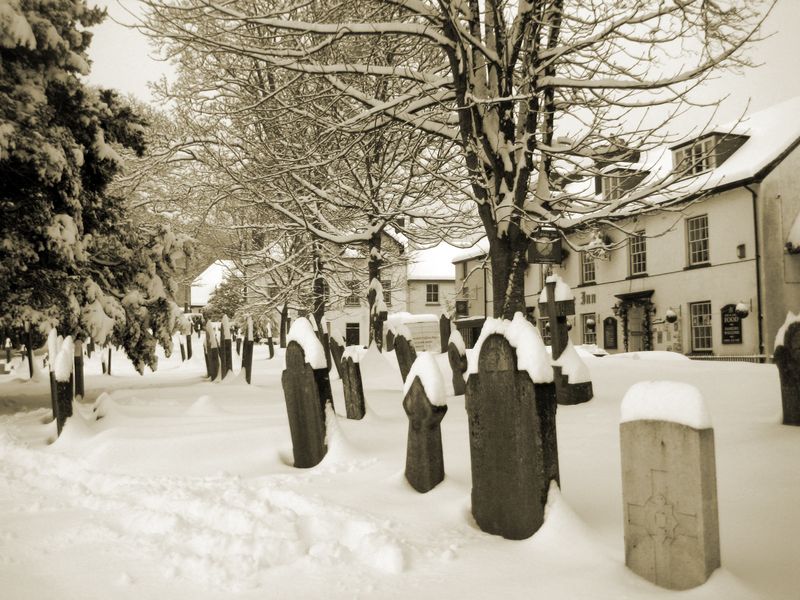 The Globe Inn and the old, old graves of the village churchyard. 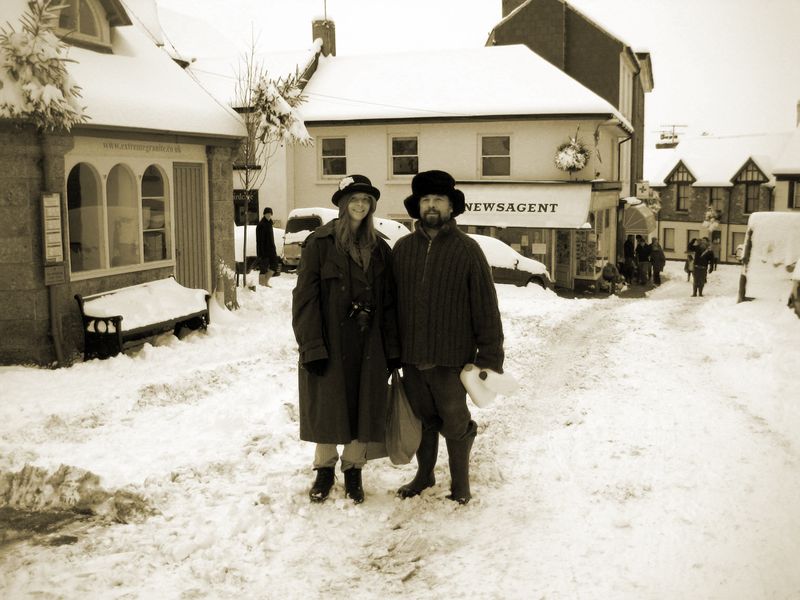 Travellers in time: puppeteer William Todd-Jones and his daughter Lillian. 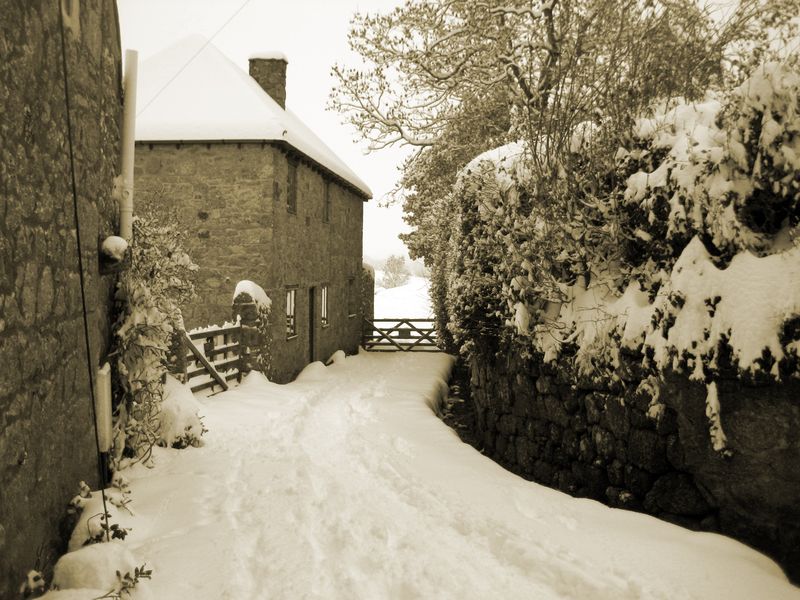 The path to Or Hill, the best place for sledding. 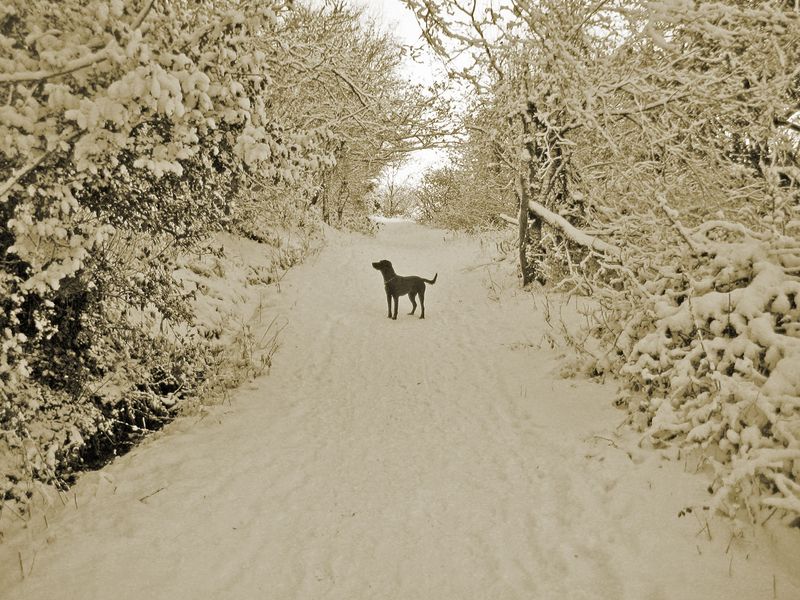 The obligatory Tilly shot. (This is her idea of heaven.) Click on any of the pictures for larger versions.

in Life in a Devon village, Winter | Permalink | Comments (15)

I'm constantly amazed at how many talented artists pop up in your photos and LIVE in or near your village. What a gift! And the snow is quite something.... we have only a dusting.

This is so gorgeous! Snow is so very magical. Especially in such a lovely old town.

You live in a magical place. Thank you so much for sharing it with us!

Since our last visit, we had the intuition that your village was a Brigadoon. So you confirm!
Thank you for this calm beauty.

Are you getting snow in Brittany too, Claudine?

We had last week-end, but just a dust here around, more on the north coast. We were at the wedding of our young cousin on saturday, in a little medieval village, with all the Christmas lights, huge walls and snow; so wonderful!

That is my idea of heaven as well, at least for this time of year, and I've seen nothing of the sort thus far, much to my bitter disappointment. Yes, I am the crazy one in my family, who wants to be snowed in all winter long.

You and my husband both, Carl!

Less good: I was supposed to come to-morrow to bring the French artists works back, but I have cancelled. I'm not a good pilot on icy roads!
No visit to my friends this time; Net year now!

What a lovely photo tour ~ so gorgeous!

My Christmas greeting to you:

These photos really feel like time has turned back, especially with the sepia tinting.

OH...WOW! You have no idea what seeing photos like that does to an Aussie with oak forests and bluebell woods in her heart...I've only seen snow up close once in my life! Apparently the snow fields in the Eastern States (NSW and Victoria) have seen a little snow, rather odd for this time of year, but all we're getting is the wind and rain left-overs from the flooding up north. Still, it's better than the usual relentless heat, though not so good for the residents of Carnarvon. I'll be dreaming of Chagford this Christmas!

What a lovely village. I don't think I would mind the snow so much in such a beautiful setting.