A Tilly Interlude
In Praise of the Humble Wellie

Dare to be Foolish 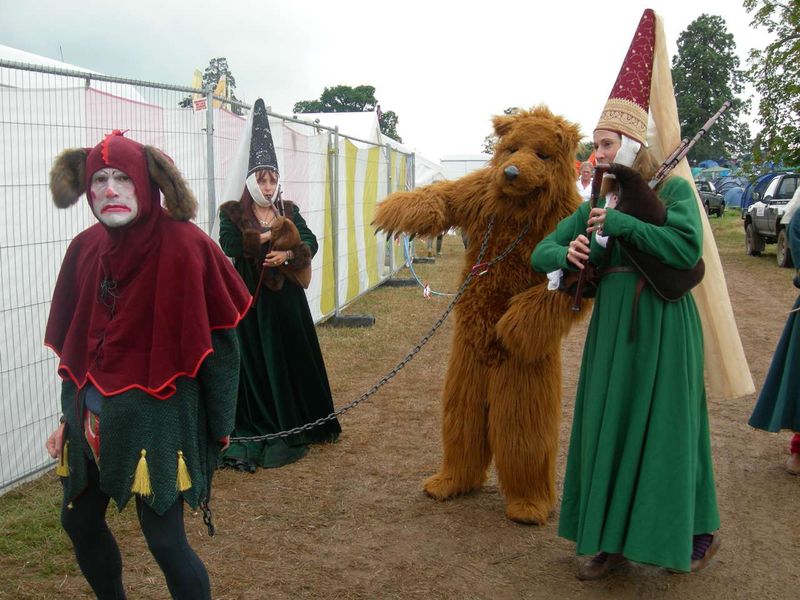 I've been thinking about another aspect of "finding ones voice" as a creative artist: developing the courage to let that voice be heard -- despite the personal nature of art, and the things that our art reveals about us.

For women in particular, schooled for centuries to be the "invisible helpmeet" (what Virginia Woolf called "the angel in the house"), daring to speak and be heard can be a fearful prospect even while we professionally seek it out; but some men, too, suffer silently from the writer's/painter's version of stage-fright: the fear of putting our work, our soul, out there, having it judged, and appearing foolish. So we then hold back, or tone the work down . . . or worse, we don't create at all.

The simple truth is that being a creative artist takes courage; it's not a job for the faint of heart. It takes courage each and every time you put a book or poem or painting before the public, because it is, in fact, enormously revealing. (Delia Sherman once likened the publishing of a novel to walking down the street buck naked.)  Worse yet, what our work often reveals is not the beautifully-lit, carefully-presented surface of our creativity, but the darker shadow-play at its interior. That can't be helped. But the good news is: that's precisely where the best art comes from. 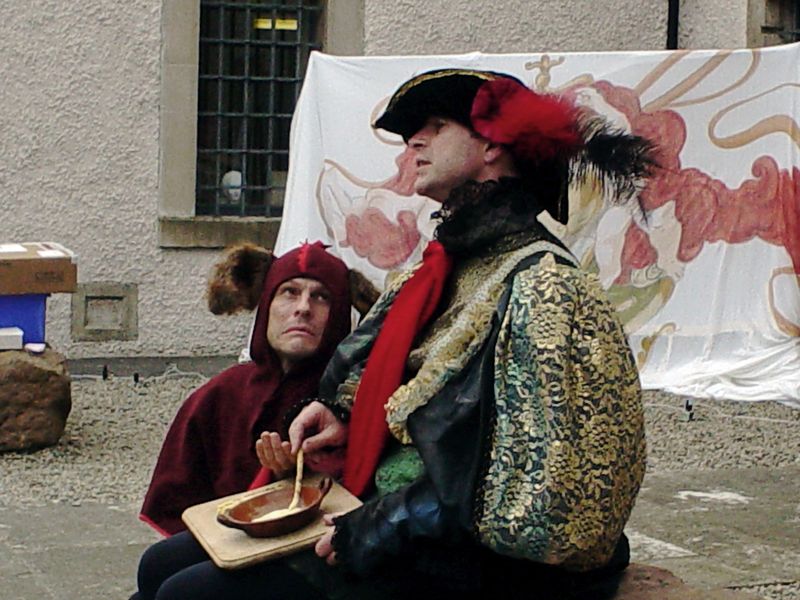 While our intellect chases its bright and lofty visions, our  most original, powerful ideas tend to rise from muddy, murky depths below: from the clouded waters of the subconscious; from the baffling landscape of nightmare and dream; from the odd obssessions, weird fixations, and uncanny flashes of intuition that rise up from those strange parts of ourselves that we know and approve of least; from those places most likely to make us feel ridiculous, and exposed. 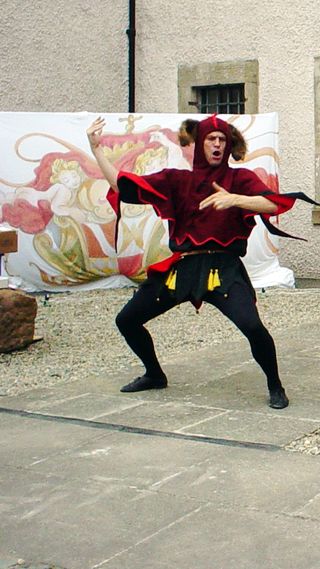 When Ellen Kushner and I were young writers together in New York City in the 1980s (that distant, different pre-Internet age), Cynthia Heimel published an essay called "How to be Creative" that we adopted as a kind of Call to Arms, passing a dog-earred copy around to all our friends for many years thereafter. First published in The Village Voice, the essay contained the exact advice that earnest, anxious, ambitious young writers and artists like us most needed to hear.  I haven't been able to find a copy for you to read online, but here's another quote from the author of our Sacred Text (as Ellen and I referred to it) that pretty much sums up the article in question:

"When in doubt, make a fool of yourself," says Heimel. "There is a microscopically thin line between being brilliantly creative and acting like the most gigantic idiot on earth. So what the hell, leap."

Three decades later, this is still the best piece of art-making advice I know. I hereby pass the [paraphrased] words of the Sacred Text on to the next generation of writers- and artists-in-training:

Don't be afraid to be weird, don't be afraid to be different, don't worry too much about what other people think. Whatever it is that's original in you and your work might sometimes make you feel uncomfortable. That probably means you're on the right track, so just keep going.

Dare to be foolish. A related post: On fear of judgement (and pernicious perfectionism).

in Art in the marketplace, Creative inspiration, Foolery, On the creative process | Permalink | Comments (18)

Ah, the Sacred Text! I can't find it online either, which is annoying as I want to make everyone read it - but happily it was reprinted in Cynthia Heimel's collection GET YOUR TONGUE OUT OF MY MOUTH, I'M KISSING YOU GOODBYE. The essay, "How to Be Creative," opens: "Do you ever get to wondering why certain things are so *bad*? Why movies and TV and magazines don't ...make you sweat with enlightenment? Why everywhere around you people and things seem to be catering to some mythical consumer, some strange beast of a person who is exactly like you only completely stupid?"

And goes on to: "We live in a dark and fearful time, a time of polls and ratings and market research..." (which, I would add, is one reason we founded the Interstitial Arts Foundation - remember? Brief plug: http://www.interstitialarts.org !)

But for our purposes here, the next best line is: "Everybody lives in fear. We all think we're incredibly weird and depraved and bonkers, and if people knew the real us they'd ...make us live in a Canadian mental institution....[but] it is that very weirdness, the eccentricities and forbidden lusts in our souls that bind us together....

"There is only one way to be creative, and that is to have the courage to examine all our inner ripples and horrors and jokes and transform them into art....

"You want to create, go out on a limb.... Don't listen to anybody, don't copy anything. Go after that twisted deranged core of your being, wrench it into the light, and you will make one million dollars."

And thank you, Terri, for the reminder.

I love this and really needed to read it just now. Thank you for posting it!

Thank you for this! Must find. Sometimes I feel as though I've lost my true voice--a laryngitis brought on by years of trying to make a living and failing. When I was a girl, I loved Emily Dickinson (still do), and I told my mother, "I will not write for the drawers," because Emily put her poems in her dresser drawers. And yet, that is where most of my words are now. How many of us have pieces of our art in the bottoms of proverbial drawers? Do they talk to one another? Do they make up stories about us? Sometimes I sit still and listen for my own true voice. Instead someone else whispers her life to me and I write down what she (or he) says. I tremble at the responsibility.

Beautifully said Terri. thank you!
"be naked at the moment of delivery" to quote Don DeLillo's "Great Jones St" (1973)

The thing that kept occurring to me as I read, though, was how much this applies to just living and being oneself. There are so many people who really have a hard time with living an authentic life. I've had a lot of compliments from folks on being able to do this successfully, and I think my willingness to gleefully abandon all pretenses at dignity helps a lot.

Dare to be foolish, indeed!

This is perfect; thank you! Ellen's post sent me here to this one, and then I scrolled down to your earlier posts about influence, and they are all just. exactly. perfectly. what I need to read right now, coming back to writing fiction after a long time away. It's also very comforting to read the comments from other people in their 40's who feel like apprentices.

These posts are prompting me to think about how the twin preoccupations of my 20's (being completely original and not imitative of anyone else, and hoping no one would notice what a messed-up dork I was) were pretty much pushing against everything I needed to be doing to write. In some ways, middle age--for me, anyway--is more conducive to creative work: I don't have the same kind of pretensions to total and perfect originality, and am much less worried about making a great big fool of myself!

I love this so, so, SO much. Thank you for sharing it. It reminded me of something a dear actor friend told me, about when she was learning to perform red-nose clown, and how that meant digging into yourself to find the area of deepest, child-like vulnerability.

I also love all the excellent pictures of Howard. :)

Elisabeth, I can *so* relate to everything you say in your second paragraph. (Now go get that novel done!)

Yes, Howard--after 20 years in Commedia dell'Arte--doesn't share the difficulty some of us have in expressing the Inner Fool. Getting him to turn it off is another matter....

I love how you say it's not for the "feint of heart." Did you spell it differently on purpose?

I must remember not to feint with my heart. Art must strike true...

Oops, no, that was a typo. But I agree, Grey, it's an interesting one!

(I'm off to correct it now nonetheless. Grammar over poetry, alas.)

I love this so much. Thank you for sharing it.

Thank you for another incredibly inspiring post! I always worry about my writing being weird and what that says to people about me. This was just what I needed to read, off to be foolish now :)

Everything she said still rings true today, old friend, even after all these years that we've been working in our profession. Well, except maybe the "million dollars" part. I'm still waiting for that one to come true.... Or maybe I'm not weird *enough*. ;-)

Thanks for your kind comments, everyone.

Speaking of foolishness, if any of you are interested in reading about mythic & folkloric fools, clowns and trickster figures, Midori Snyder and I devoted a whole issue of The Journal of Mythic Arts to the subject back in 2007. You'll find it here: http://www.endicott-studio.com/jMA07Winter/index.html

I've spent most of my life wishing I had the courage to be openly weird and different! All my favourite artists are the ones who were absolutely NOT ordinary and normal and didn't give a damn about what anyone else thought. I said before that I think I'm still an apprentice when it comes to my art...I also think I'm still an apprentice in the discovery of who I am...I'm still a little afraid of looking like an idiot, of standing out from the rest, and yet deep down there is a part of me that SO wants to put on a hat with bells and go skipping down the street and just not care!! :)

Can we just learn to love the bits and bobs that sprinkle out of our fingertips that no one else need understand? I feel the boldest when I am seeing with my little child eyes. The wonder is where does it go when the stomach clenches, when fear of being not enough or the fool seeps into my sock like snow on the kitchen floor working its cold tendrils up to my heart? I wake at times like my heart wasn't listened to by my mind and it never scolds, it just lingers in the dark, waiting. Then, my heart laughs at something sweet, enjoys rabbit ears and rosy cheeks and the shadows have no more pull. This post is what every artist, writer, verdant, human needs to read once in awhile. Thanks dear one. Blessings.