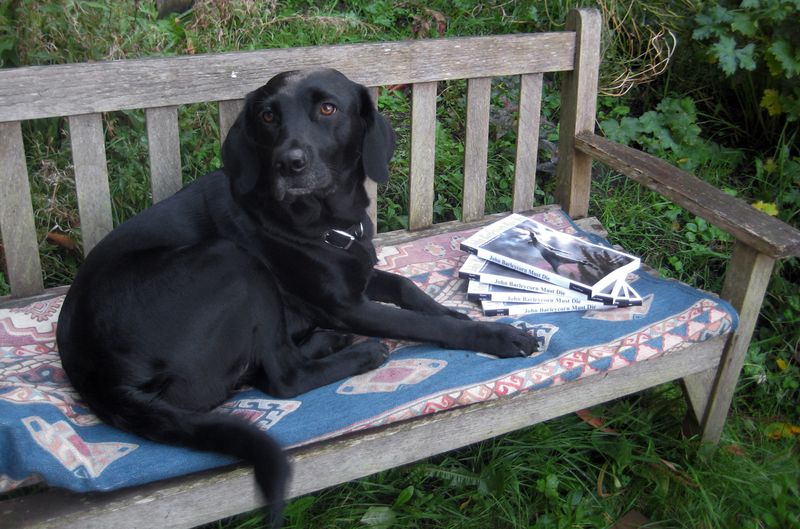 Roll up! Roll up! Tilly has opened her bookstall to sell copies of Rex and Howard's newly-published graphic novel, John Barleycorn Must Die: a metaphysical mystery about a magician-sleuth in modern day London. (The name of the novel, of course, comes from an old British folksong and Robert Burns poem.) Please join me in congratulating the two knuckleheads distinguished artists in the studio next door to mine, on this, the book's Publication Day. It's such a pleasure to hold the finished volume in my hands, and to be able to share it with others.

If you'd like to sample the first three chapters of the comic, or order a copy, you can do so on the Barleycorn website.

For those of you who care about the details of book production, the American edition is the better one, beautifully produced by Kablam (a publisher dedicated to comics). But Kablam's international postage costs are high, so there's also a UK edition from Lulu for European readers who are watching their budget. And there's an e-book edition.

And Tilly steals the show, as usual. So adorable.

That Tilly is so multi-talented ....i will expect to see her sitting up at a book signing some day...maybe when she gets her own book! I'd cherish that paw print! Congrats to Rex & Howard...

Congratulations, am heading over there now to read those first 3 chapters!

Congratulations to the guys! It's been fun watching the process over the last year or so.