Tunes for a Monday Morning
Touching the source 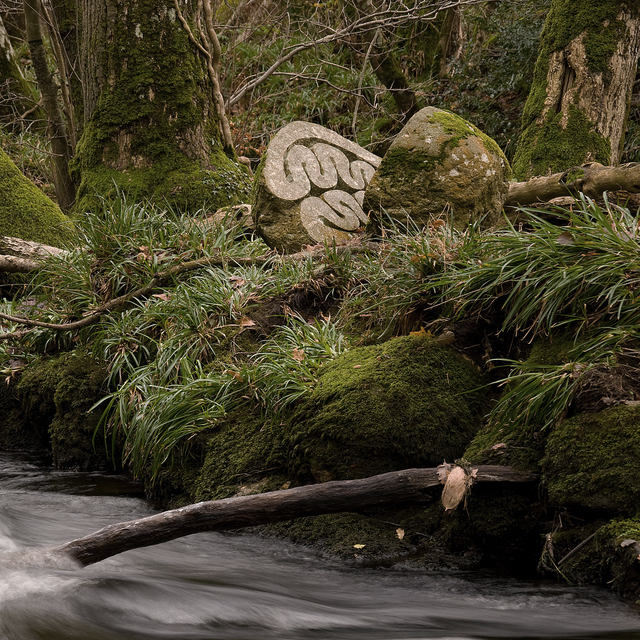 From Letters to a Young Poet by Rainer Maria Rilke:

“Be patient toward all that is unsolved in your heart and try to love the questions themselves, like locked rooms and like books that are now written in a very foreign tongue. Do not now seek the answers, which cannot be given you because you would not be able to live them. And the point is, to live everything. Live the questions now. Perhaps you will then gradually, without noticing it, live along some distant day into the answer.”

From three interviews published in A Voice in the Wilderness: Conversations with Terry Tempest Williams, edited by Michael Austin:

Scott London: You've said that your writing is a response to questions.

Terry Tempest Williams: I think about Rilke, who said that it's the questions that move us, not the answers. As a writer I believe it is our task, our responsibility, to hold the mirror up to social injustices that we see and to create a prayer of beauty. The questions serve us in that capacity. Pico Iyer describes his writing as "intimate letters to a stranger," and I think that is what the writing process is. It begins with a question, and then you follow this path of exploration. 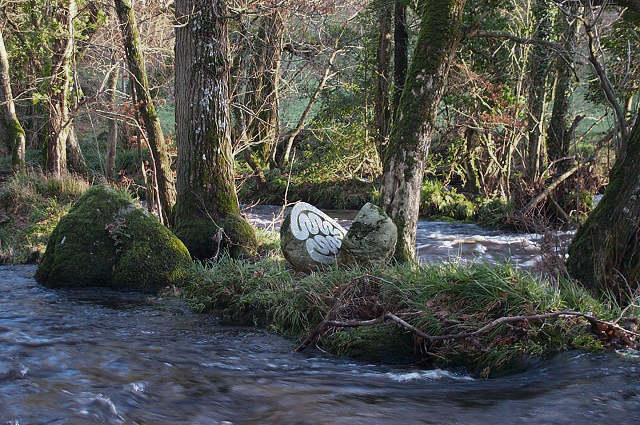 Tom Lynch: I think a lot of nature writers struggle with the issue of audience. It is easy to write to the converted, to those who read environmental publications and seek out nature writing. But there is also a great need to reach people who would never seek out this sort of writing, to do the hard work of conversion, as it were. How do you see yourself negotiating this problem?

Terry Tempest Williams: I honestly don't think much about "negotiating the problem" of audience. As I said earlier, I write out of my questions. Hopefully, if we write out of our humanity, our vulnerable nature, then some chord is struck with a reader and we touch on the page. I know that is why I read, to find those parts of myself in a story that I cannot turn away from. The writers who move me are the ones who create beauty and truth out of their sufferings, their yearnings, their discoveries. It is what I call the patience of words born out of the search. 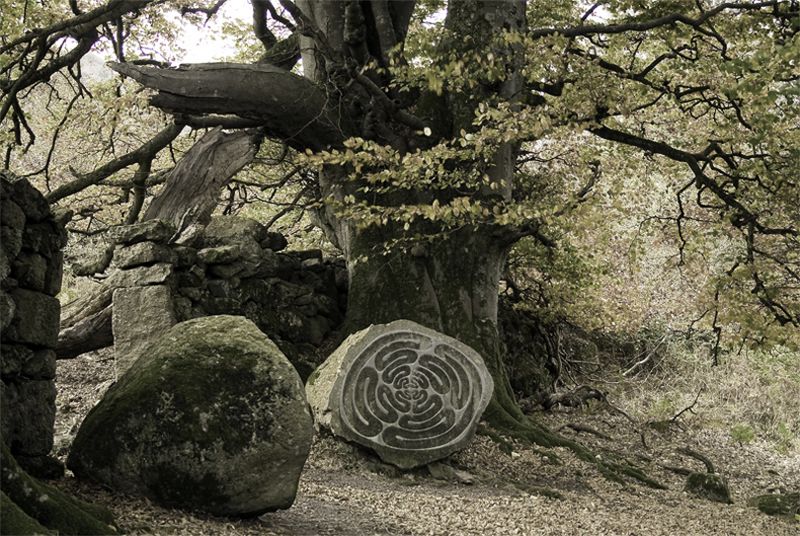 Terry Tempest Williams: Perhaps as writers we are really storytellers, finding that golden thread that connects us to the past, present, and future at once. I love language and landscape. For me, writing is the correspondence between these two passions. It is difficult to ever see yourself. I don't know how I've developed or grown as a writer. I hope I am continuing to take risks on the page. I hope I am continuing to ask the hard questions of myself. If we are attentive to the world and to those around us, I believe we will be attentive on the page. Writing is about presence. I want to be fully present wherever I am, alive to the pulse just beneath the skin. I want to dare to speak "the language women speak when there's no one around to correct them." * 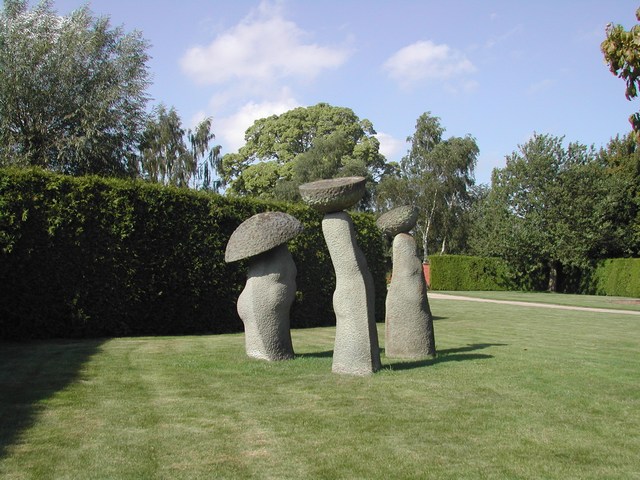 The extraordinary sculpture above is by Peter Randall-Page, who lives in the next village over from ours. The first two pieces can be found in the woodland landscape between Chagford and Drewsteignton: by the River Teign and in the Whiddon Deer Park. The final piece, "The Fruit Gatherers," is in Nottinghamshire, and was inspired by an Edward Curtis photograph depicting three Saguro Indian women carrying large baskets on their heads.

“(T)he language women speak when there's no one around to correct them." --Hélène Cixous

We speak to oranges the very first thing in the morning,
the slow peel, the soft crunch, juices awakening
the night’s palate, the spurt of acid on the chin.

We speak to coffee, to tea, telling it how sleep
is for the weak, the lonely, for men who collapse
at the first pillow touch, for children whose play
has exhausted them, for others not us.

We speak to the chorus of birds outside, as awake,
as alive as we are in the every dawn, as alert
to the nuance of cloud, of wind, of breath.

We speak to the flowers in our gardens, the real ones
and the ones we nurture in our hearts,
not just careful tulips, daffodils in rows,
but the wild erputions of poppies, rosebay willowherb
cultivated by bird, bee, breeze, and brush in the disturbed spaces.

We speak to the walkway that calls to the horizon,
the horizon that signals to the imprisoned heart.
This is how we speak when there is no one around
to scold us, correct us, to tell us how how we must speak.

--For the mothers before we learned how to speak

Oh so beautiful, Jane! And the sculptures and quotes are inspiring too.

The patience to 'live the questions' without always needing to know the answers is something I'm still working on....

Between creating "a prayer of beauty" and Jane's poem "we speak to the walkway that calls to the horizon" and the sculptures I just may sit here at work and weep with a knowing i am known here on these pages and not this desk job....thank you, blessings, kisses to Tilly

I'm smitten with the sculptures, like cracked eggs in the landscape, revealing a pattern within - extraordinary. When I read Rilke long, long ago, I didn't know how deeply his advice would root into my soul and become such a part of me that when I now read his words and realize where deep-held beliefs might have been seeded.

Terri--just to say: David, who spoke fluent German, adored Rilke in both the original and the translations, and introduced him to me. Whenever I read (or reread) Rilke, it sits comfortably in my heart.

The poem is utterly beautiful, Jane, and moves me deeply. And I'm with you and David on Rilke. His work has been a real touchstone for me over the years.

I thought these would appeal to you in particular, Valerianna, as there's a similarity of spirit with your work. I've been in awe of Peter's for many years now.

'...if we write out of our humanity, our vulnerable nature, then some chord is struck with a reader and we touch on the page. I know that is why I read, to find those parts of myself in a story that I cannot turn away from.'

Those lines alone have made my day. Thank you.

oh all these words and sculptures are so beautiful & inspiring & brave, thank you!

When I first saw the sculpted stone, I thought: a lovely geode. Then I compared it to all kinds of ancient
tributes to nature and wordless awe. I have a picture of an Oregon petroglyph on a basalt rim on the
on a Columbia River gorge, "Tsagaglala" ( She Who Watches,) It looks a little like this - @. I have it in a
collection of small sacred things, an outline of a leaf in stone, from Fossil, Oregon and a Madonna
shaped bit of driftwood I found at Ocean Beach, here in SF.

The quotes from that interview really speak to me... I read 'Refuge' over the weekend and will probably read 'When Women Were Birds' next. I’m reading Terry Tempest Williams at the right time in my life, I can feel, and I’m so grateful for the recommendations Terri, on this wonderfully inspiring blog; both the blog posts and the comment sections – thank you all!

And Jane's poem is beautiful! (As always)

A friend from Scotland just mentioned Peter Randall Page's sculptures to me, I love it... And this lead me to your page, funny though as I do own a beautiful copy of the Wood Wife, which I read and loved so much a few years ago, one of those rare adult faerytales which impressed me as much as the Mythago Wood trilogy, such an intense tale...
I am Yorick Corre, french fantasy illustrator, back living in motherland Provence, after to have been chasing fairies in Scotland for seven years, I eventually came back to face dramatic events at home and I am now rediscovering provençal amazing landscapes, remarkable trees, huge graggs and mossy woodlands around, and there's so plenty of them I must say. I guess I needed this exile to Edinburgh to re-appreciate my homeland, where in fact forests are so much bigger and diverse, I have also spent four nice years living and visiting Burgundy in the meantime, deep at the heart of European celtic roots, many more hilly, mossy woodlands imprinted in me forever...

In Scotland I used to often go to roam through Roslin Glen, a famous fairyglen near Edinburgh which gave me a lot of inspiration at the time, sometimes staying over night with local friends, their fiddles, tin-whistles and borhans still resonnate in my mind as honeyed Drambuie flows sweet in my memories. Enchanting and enlighting years if not so happy ones...

But beyond nostalgy, I keep searching here up steepy slopes, down muddy ones, as we're not short of tales, myths, mysterious landscapes and large oaktrees. Maybe the good folk is hiding deeper here though. But I can feel the same inconcious need in people, disenchanted lives...

I would be greatly honored of your visit through my illustration website Mrs Windling and contributors of this Dartmoor newsletter at :
www.yorick-corre.com
If you do so you shall have to click in the eye in the tree to access menu, do not forget boots and waterproofs, it is a rather wet part of the web. I do hope you shall enjoy those good neighbours of mine and I do trust you not to be reckless with those with scales and tails.