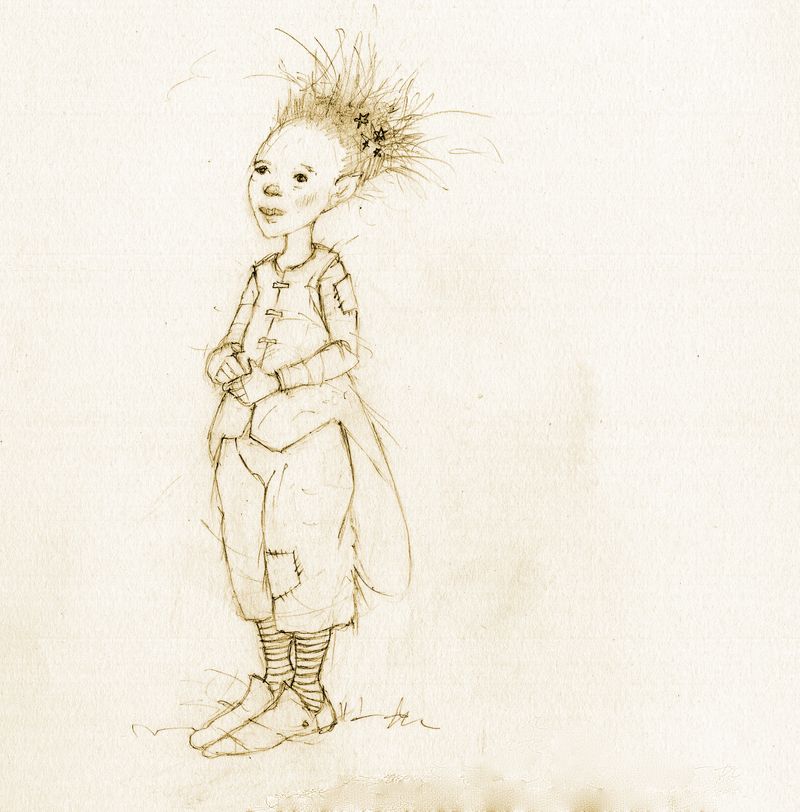 “Thirty years ago my older brother, who was ten years old at the time, was trying to get a report written on birds that he'd had three months to write, which was due the next day. We were out at our family cabin in Bolinas, and he was at the kitchen table close to tears, surrounded by binder paper and pencils and unopened books about birds, immobilized by the hugeness of the task ahead. Then my father sat down beside him put his arm around my brother's shoulder, and said, "Bird by bird, buddy. Just take it bird by bird.”  - Anne Lamott (Bird by Bird: Some Instructions on Writing and Life)

I'm on writing lock-down this week (with a few holiday errands thrown in), both excited and daunted by the path ahead. So I'm just taking it bird by bird, bunny by bunny, and Bordertown elf by Bordertown elf....

“Becoming a writer is about becoming conscious. When you're conscious and writing from a place of insight and simplicity and real caring about the truth, you have the ability to throw the lights on for your reader. He or she will recognize his or her life and truth in what you say, in the pictures you have painted, and this decreases the terrible sense of isolation that we have all had too much of.”

in Birds, On writing | Permalink | Comments (7)

The gate into magic... 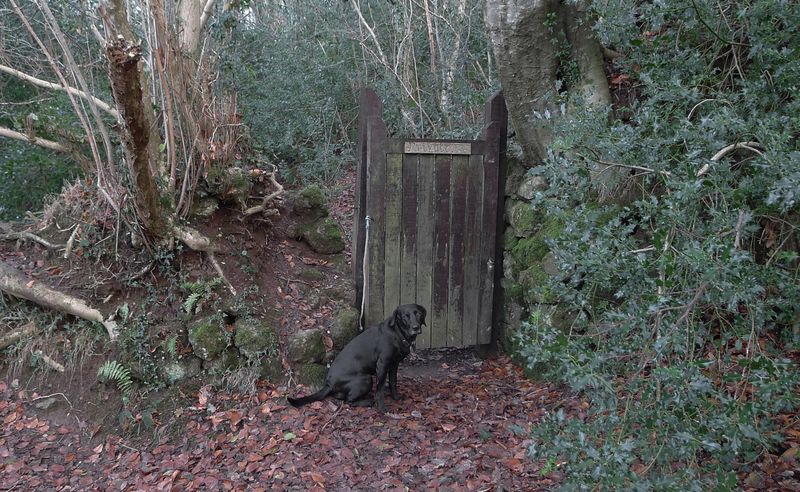 Here's the gate in the woods behind my studio again, this time on a different day, and in a different light. I keep thinking that one day I'll open it and walk into another land altogether -- a place even more enchanted than the beautiful hills I live in (if that's possible). Like the wardrobe into Narnia and other magical portals in a century's worth of fantasy books, this gate between wood and hill is a liminal place...where anything can happen.... 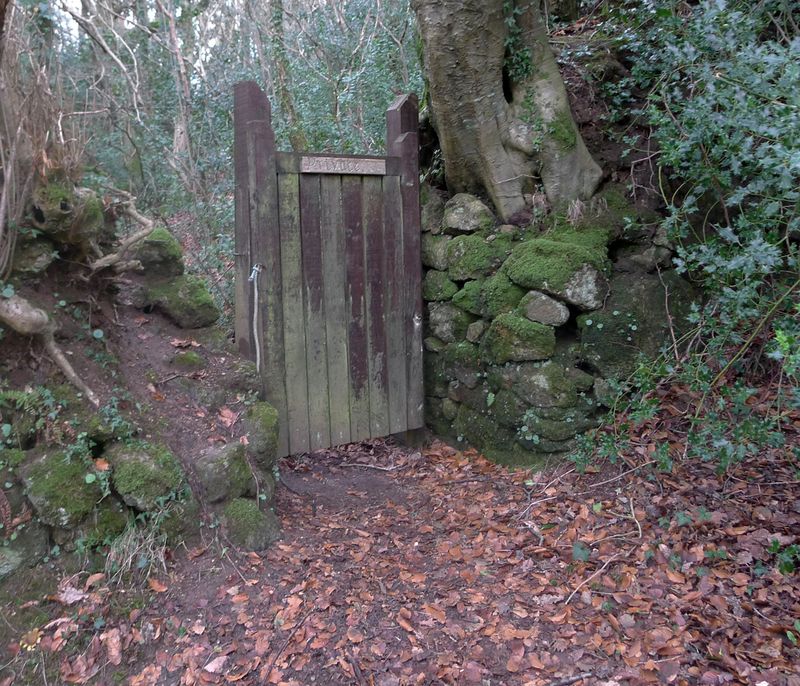 “It's a dangerous business, Frodo, going out your door. You step onto the road, and if you don't keep your feet, there's no knowing where you might be swept off to.”  - J.R.R. Tolkien I'm in the mood for Of Monsters and Men this morning, so here's hoping that you are too.

First, "King and Lionheart,"  performed in a studio session filmed for Billboard magazine. This one goes out to Ellen Kushner (my writing partner) this morning, as I think she'll like the lyrics (and the brass! All very Bordertown, yes?)

In the second video, the band plays "Dirty Paws" at a music festival in their native Iceland. This one's for all my fellow animal lovers out there.

The illustration below is by the fabulous Julianna Swaney, in Portland, Oregon. Please visit her website, blog, and shop for more. 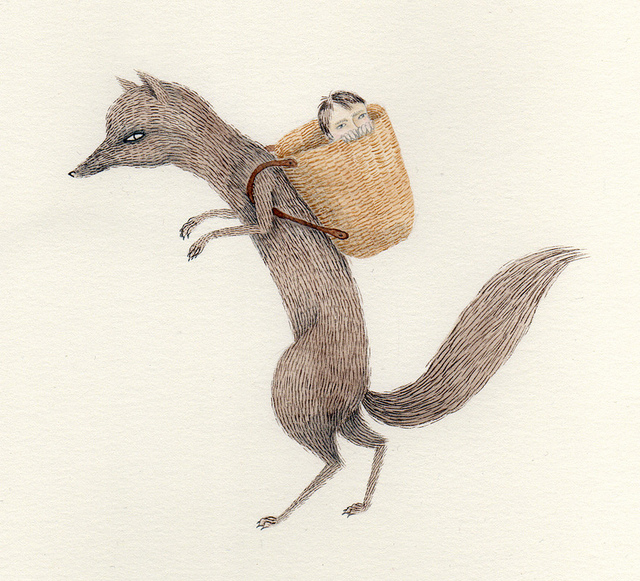 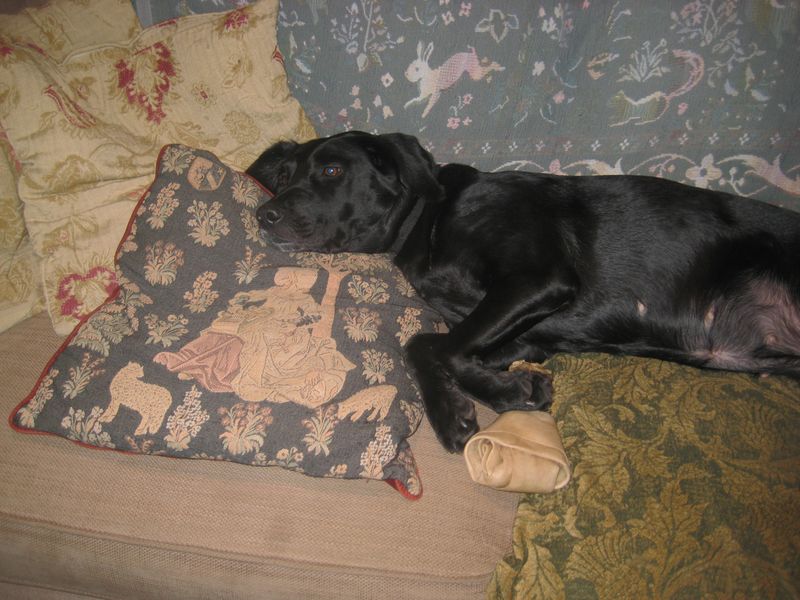 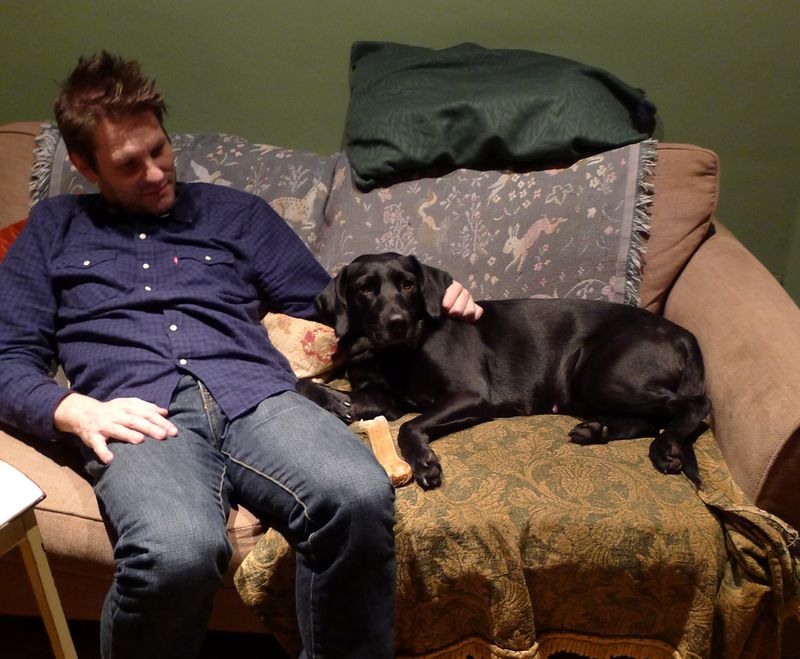 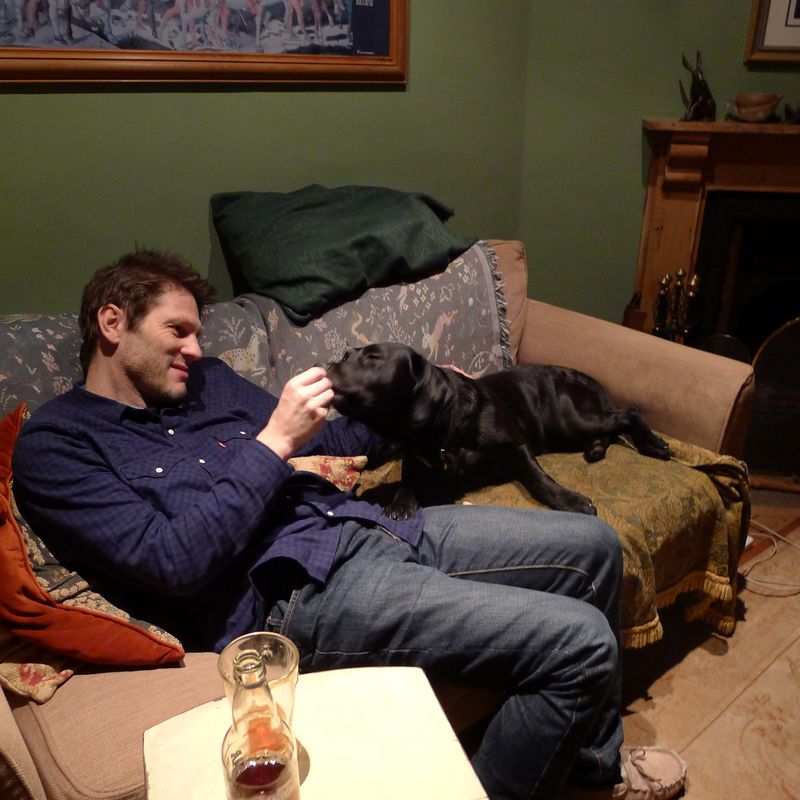 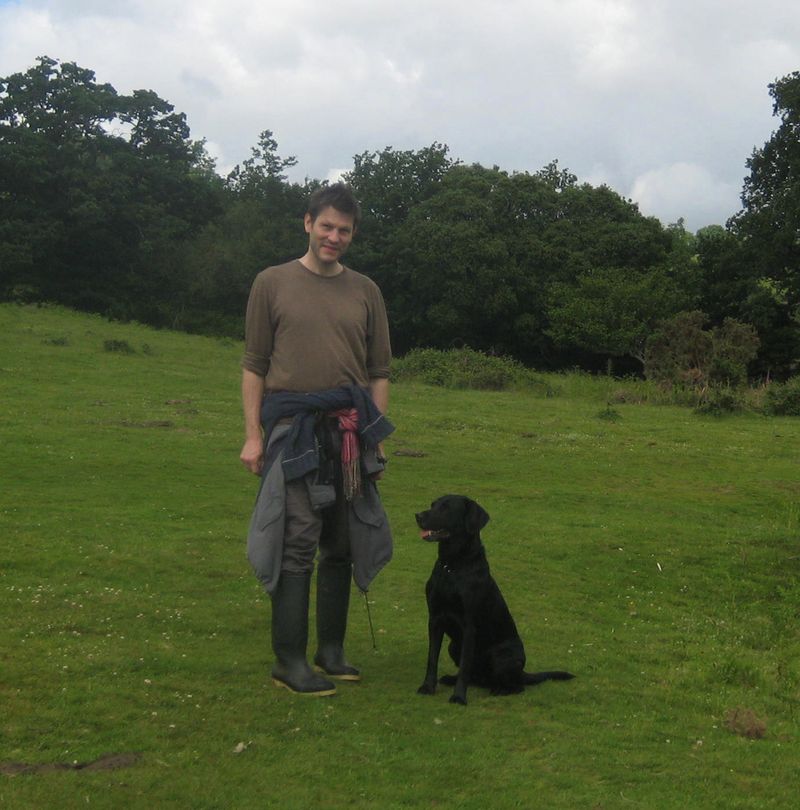 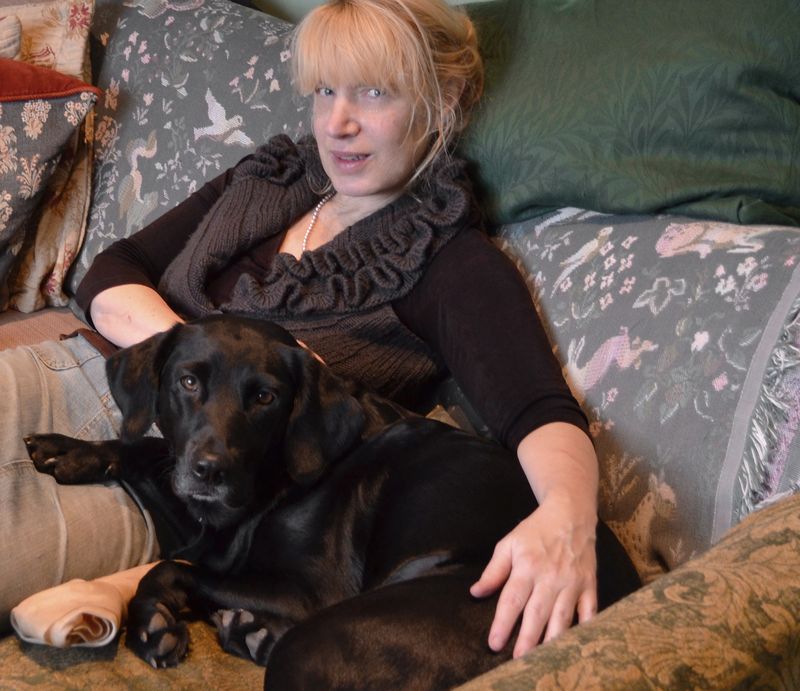 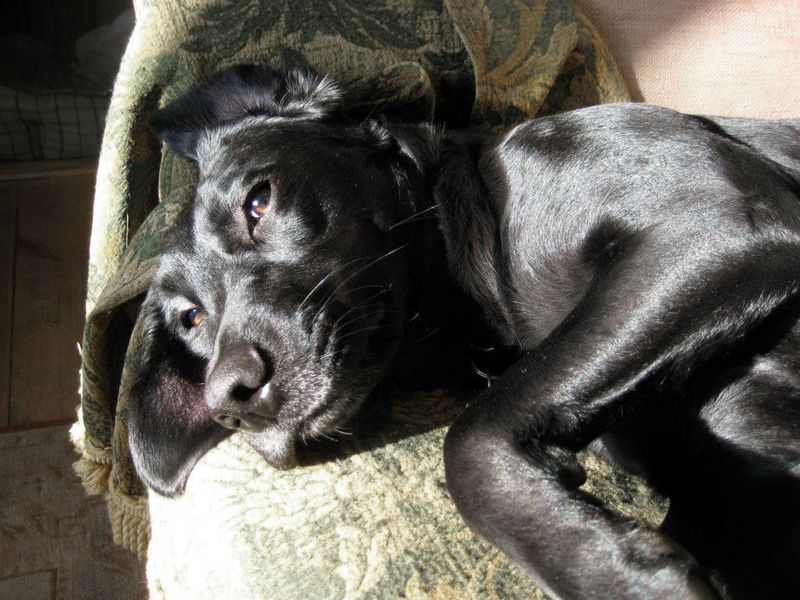 Some interesting articles to pass along....

* Paul Kingsnorth (author of the excellent book Real England: The Battle Against the Bland, and one of the movers-and-shakers behind The Dark Mountain Project) discusses Green Man symbolism in Aeon magazine.

* Yuka Igarashi discusses the perils of editing in a charming post on the Granta website. (My own take on editing is here.)

* The BBC reports the discovery of a new story by Hans Christian Andersen. (For more on the life of H.C.A., go here.)

* Two interesting articles on artistic collaboration: one by Maura Kelly in The Atlantic, and one about Fran Walsh and Phillipa Boyen (co-screenwriters for Peter Jackson's Tolkien films) in The New York Times.

* A provocative article by Sarah Mesle on boys in YA fiction, in The Los Angeles Review of Books.

“I think if I hadn’t become a writer I would just have suppressed that part of my personality," says Mantel. "I think I would have put it in a box that I never opened. I’m not sure I would have been happy doing that. Sometimes people ask, does writing make you happy? But I think that’s beside the point. It makes you agitated, and continually in a state where you’re off balance. You seldom feel serene or settled. You’re like the person in the fairy tale The Red Shoes: you’ve just got to dance and dance, you’re never in equilibrium. I don’t think writing makes you happy, not that you asked that question, I’m asking myself. I think it makes for a life that by its very nature has to be unstable, and if it ever became stable, you’d be finished.”

Hmmm. I'm not sure if I agree with that or not, but it's an interesting comment.

in From my sketchbooks, Recommended reading | Permalink | Comments (8)