The Book of Snow, 2
What the oak said

In the lull between storms 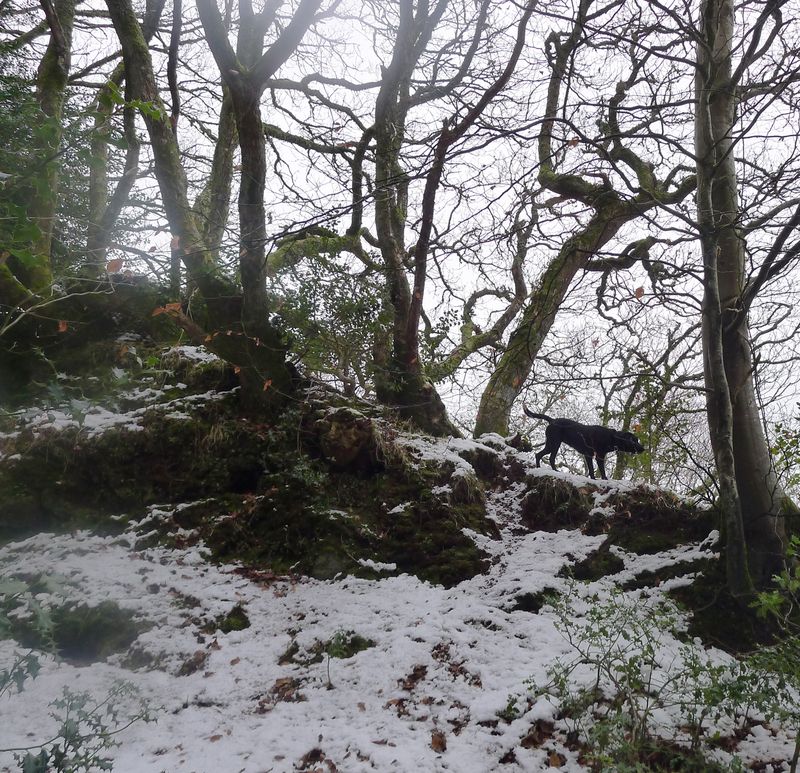 From "Chronicles of Ice" by Gretel Erlich (Orion Magazine, 2004):

"All over the world the life of rocks, ice, mountains, snow, oceans, islands, albatross, sooty gulls, whales, crabs, limpets, and guanaco once flowed up into the bodies of the people who lived in small hunting groups and villages, and out came killer-whale prayers, condor chants, crab feasts, and guanaco songs. 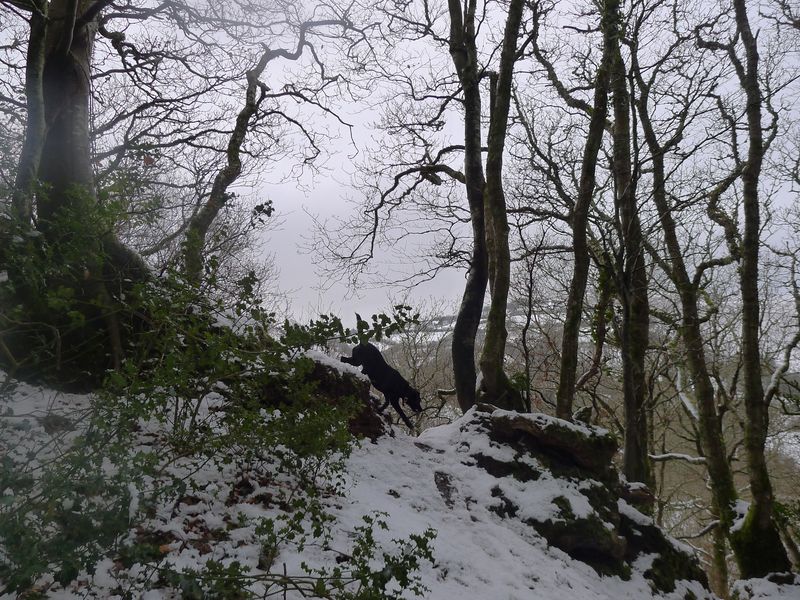 "Life went where there was food. Food occurred in places of great beauty, and the act of living directly fueled people’s movements, thoughts, and lives. 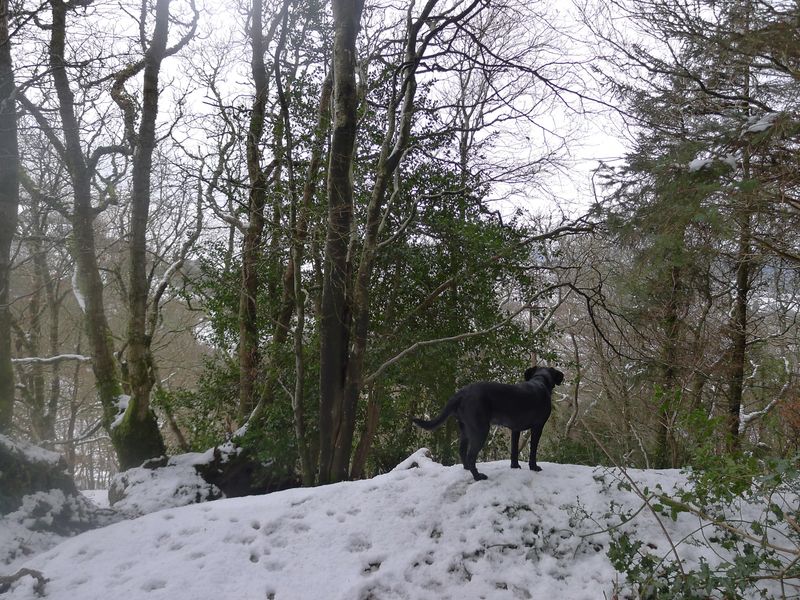 "Everything spoke. Everything made a sound—birds, ghosts, animals, oceans, bogs, rocks, humans, trees, flowers, and rivers—and when they passed each other a third sound occurred. 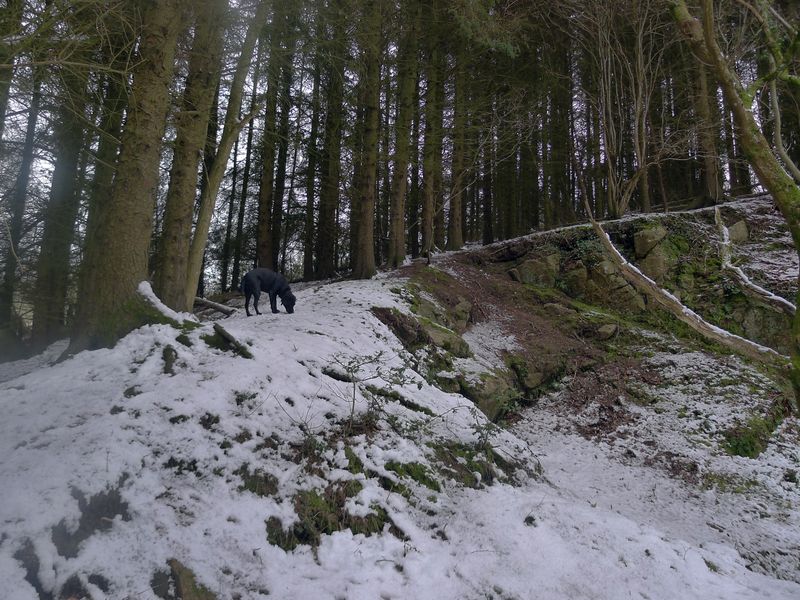 "That’s why weather, mountains, and each passing season were so noisy. Song and dance, sex and gratitude, were the season-sensitive ceremonies linking the human psyche to the larger, wild, weather-ridden world....

"When did we begin thinking that weather was something to be rescued from?" 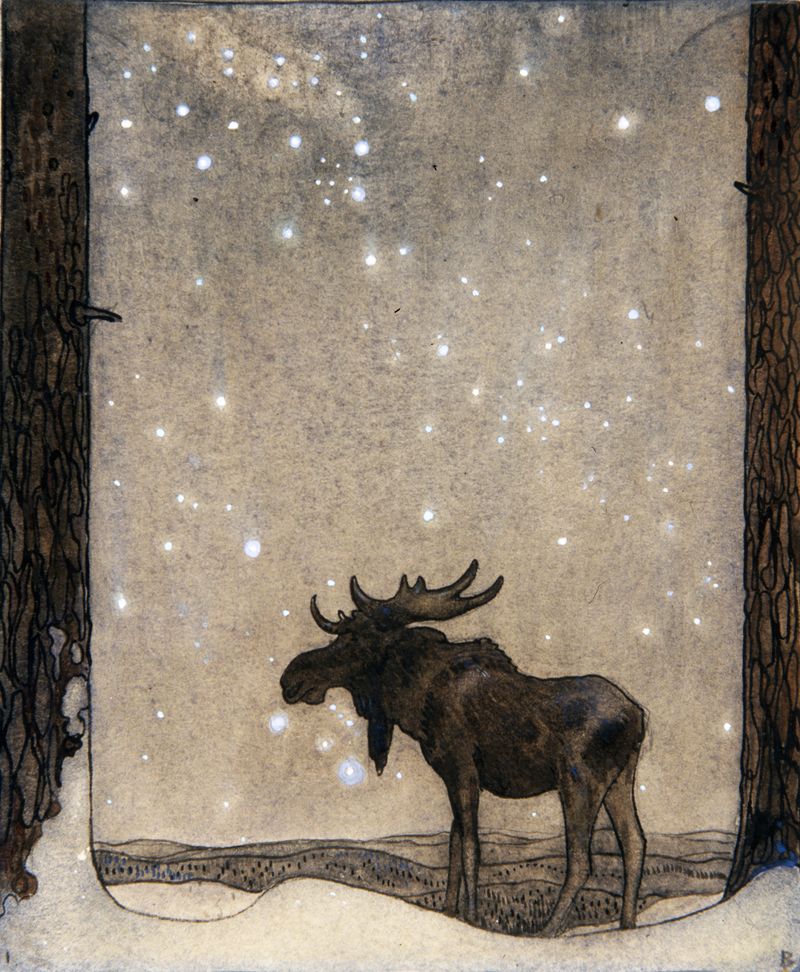 These photos were snapped a couple of mornings ago, as Tilly and I rambled through snow-melt in the higher part of the woods; but since then we've had a fresh storm and the land is the Snow Queen's Realm once again. It's very beautiful....and disruptive of schedules, inconvenient for modern life, but that has its value too. Sometimes we just have to stop.

Stand in awe of the world we live in.

I could not agree more, Terri. Living in the moment is a very precious gift. Whilst it is frightening to be at the mercy of the elements, fearing things we can't control, we should savour each moment as it comes with it's own terrible beauty.

Sometimes events occur, that knock at our equilibrium and we need to take the small moments that help us find a centre again.

Oh I love a storm that freezes all the busy into stillness. Of course, I have heat. It helps. I first fell in love with Gretel Erlich with "The Solace of Open Spaces when it was presented as a Christmas gift shortly aster it came out in the mid eighties. I'm so happy to be reminded of her. Time to go the the library.

is that moose drawing one of yours? It's wonderful.

Oh, I wish! It's by the Swedish illustrator John Bauer.

Her books are wonderful, aren't they? I stumbled across an interesting interview with her recently:

Love the Snow Fairies poem with sweet Miss Tilly traveling through it....makes my cold day here too in Wisconsin!!!!

I love to hear others say that they love less than "ideal" weather, because I do, too. I think winter is one of the most lovely times of the year. I'm constantly defending it. Maybe I should write an article called, "In Defense of Winter." :-)

Just hopped over to Midori Snyder's site and lo: Found out why you were in New York. Queen
Victoria's Book Of Spells! Gothic stories by some of my favorite writers, Goss, Ford, the poet
laureate of Myth and Moor, Ms. Yolen. I expect it be like opening an old trunk in the attic of a spooky
old mansion. whooo. Can hardly wait.

Yes. On a related note, I WANT to be able to wear sweaters in winter and shorts in summer while I'm indoors, not live in some year-round indoor generic "climate" that bears no correspondence to what is happening outside the windows. Which is why I'm resistant to putting in our window air conditioner and making do with fans until it's been a solid 2 weeks of 90+ degree weather and I can't take it anymore. :) And I WANT my hair to be wavy when it rains, and to wrap up in a blanket on the sofa when I read in January, to feel chilled when it's cold and sweaty when it's hot. Otherwise I feel I'm missing out on the major sensory experience of the seasons....

I'll never forget how joyful I was in the blizzard of 1978 in New England. There was some tragedy, cars backed up on the highway not far from my childhood home, people stuck for days, maybe some died, I can't quite remember. A neighbor took in a truck driver stranded on the highway. I even remember helecopters dropping food.

You might have lived in Boston then? But what I LOVED as a kid, was how the mountains and mountains of unexpected snow forced our neighborhood of busy professionals to come together as a COMMUNITY and survive together. We had round robin dinners - alternating where we would eat in large masses, someone had a bunch of frozen beef that would go bad with no power, others brought wine, etc. etc. I was so excited, as if we had gone back in time to the kind of village life I had always dreamed of. Walking or cross country skiing to neighbors' houses, trekking to the grocery store with backpacks and skis, coming together to watch a film in a house with generator power. I saw more of our neighbors in that one week than the rest of the 18 or more years we lived there. Wonderful memories came back with this post... especially inspired by your last few words.

I was in Ohio in '78 (where I went to college) and I can't recall if we had a big storm there too. But I know just what you mean. I love a reallyt good snow storm. We had one like that here two years ago (over Christmas!) and it was glorious. Everyone slowing down, walking everywhere, pooling resources and checking on the old folks...it was lovely; and with no cars on the streets, it felt like going back in time.

But then, I say that as someone whose daily commute is simply walking up a snowy hill to the studio. Our next door neighbor, who is a hospital nurse, and whose crucial job can't just stop until a storm passes, has understandably less romantic feelings about snow than I do.

Thank you for reminding me to mention the book here!

Yes... I love big storms less when I am suppose to drive an hour and a half to get to school. But I am fortunate because, if the storm is big enough, teaching, unlike nursing, can be postponed.