As if by magic
Preparing for the muse

Sanskrit read to a pony 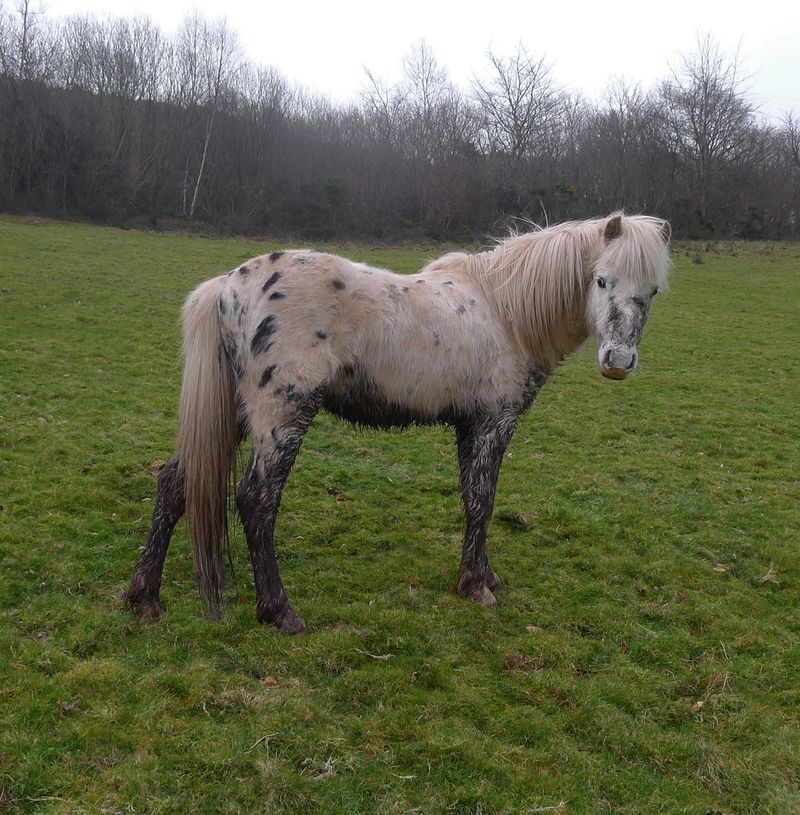 Two last pony pictures for you: the cheeky spotted pony, who was as interested in me as I was interested in her (and just as good as Tilly at posing for the camera), and the sweet, shaggy pair who were really only interested in each other.

In the West Country lore of Devon and Cornwall, the land is home to a variety of fairies called piskies, running the gamut from benevolent house piskies to shy, isolated moor-and-bogland-dwelling creatures, to dangerous beings who plagued the region's tin miners of old and still delight in leading travellers astray. Some piskies are said to be shape-shifters -- most commonly turning into hares and hedgehogs, but I've also run across tales of "colt piskies" who take the shape of young wild ponies.

Colt piskies are trickster figures, fond of playing practical jokes on their domesticated equine cousins, but not so deeply dangerous as other Celtic horse fairies (Scottish kelpies, for example, or Irish phookas). They are mischievous creatures, of whom it's best to be wary, but capable of kindness towards humans too -- and they seem to have it made it their special mission to protect apple orchards from thieves and harm. 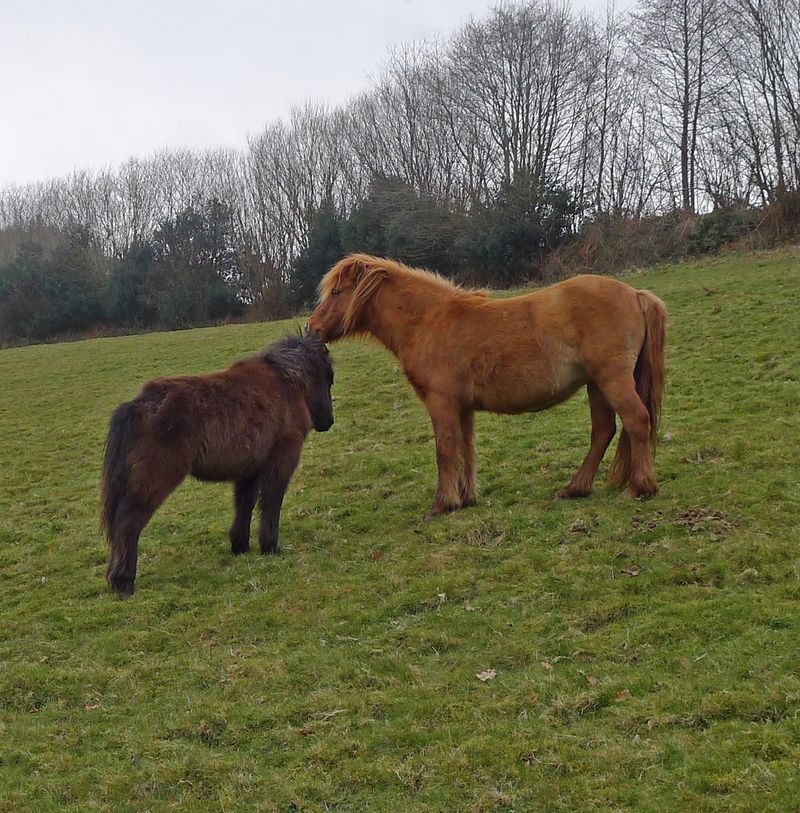 "Life is like Sanskrit read to a pony," the musician Lou Reed once said. Here on Dartmoor, I wouldn't put it past our local fairy horses to understand Sanskrit perfectly, to love being read to, sung to, and told stories -- for they are, in myth and folklore, a magical part of the Great Story themselves.

This may, to some, be slightly cryptic, to others clear as a Dartmoor stream...

...but given the faeries' origins in the Luciferian rebellion it seems entirely logical that they should understand the oldest written language in the world, desire to shake us up out of our complacency with their trickery and protect the ancient apple orchards of paradise lost.

I wouldn't put it past them either!

Something so entrancing and intriguing about wild ponies. They were re-introduced to Dunwich Forest, near us, a while ago. I love to visit the forest with them there, even though I know they were put there this time round, they are a little bit of ancient history of this land, in the here and now.

That pony has the most interesting markings. Looks like she's been up to her belly in mud. Maybe she's a werepony. . .?

Thought it was Sumerian Cuneiform. Try reading them Gilgamesh.

However, Sanskrit, the language of the Hindu Vedas, may well be over 10,000 years old and the existence of earlier, no longer extant, manuscripts has been reasonably inferred by some scholars. However, it is a moot point. Debatable.

You may well know more than me about this as I am no expert.

Ha--a former neighbor and friend--a retired professional woman turned internet bookseller, when unable to find a book in her stock that she absolutely knew she had in her inventory, would blame it on the Piskies.
Hers never manifested into form of any kind, but by her mislaid objects were known to her. If these ponies be piskies, they were kind to show themselves. They remind me that I always wanted a pony, and I'm grateful for their presence this morning.

I love you, beautiful black-spotted girl pony! So bright and curious, keeping an eye on you, Terri. Did you tell her a story?

One of my favorite books as a young girl was Misty of Chincoteague, about a wild pony on a barrier island off the coast of Maryland. Nothing inspires such a heart-lifting feel of freedom for me as a herd of wild horses running. I seriously wanted to BE a wild horse as a kid--they seem to be especially magical creatures.

I so agree Austin!

No not an expert, just fascinated by the roots of languages, despite being daunted even by my own native tongue.

your fairy horse is perfect. i once had my own fairy horse (actually several) but one, called mist, was like a grown up version of this lean pony... i can tell you this: of course she understands sanskrit, but will never tell the truth about it, unless you ask correctly.