Inhaling, Exhaling...
Into the Woods, 2: The Gift of Wonder

Into the Woods, 1: The Language of the Earth 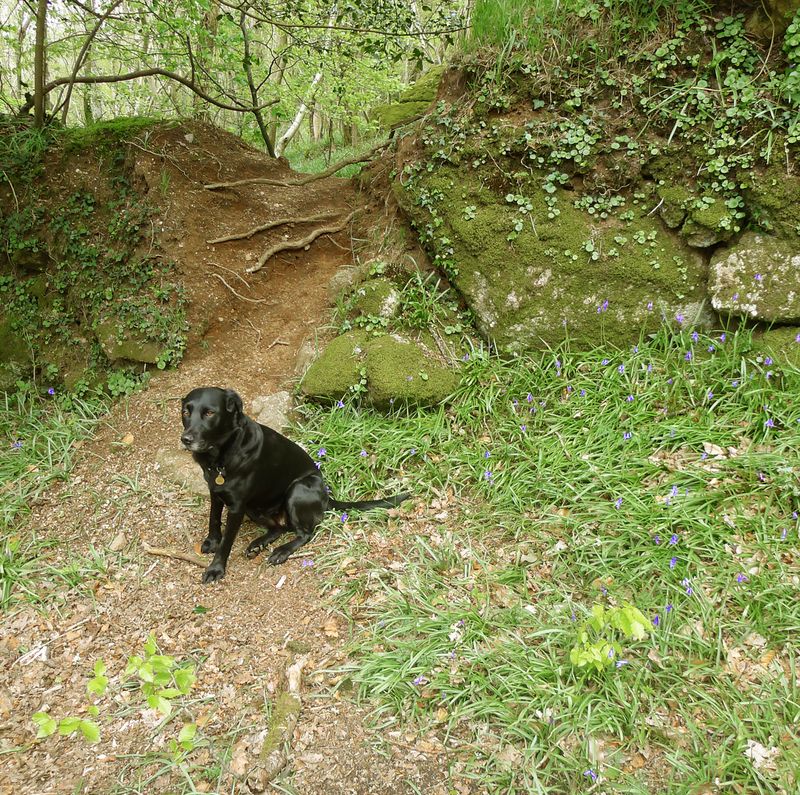 “The image of a wood has appeared often enough in English verse. It has indeed appeared so often that it has gathered a good deal of verse into itself; so that it has become a great forest where, with long leagues of changing green between them, strange episodes of poetry have taken place. Thus in one part there are lovers of a midsummer night, or by day a duke and his followers, and in another men behind branches so that the wood seems moving, and in another a girl separated from her two lordly young brothers, and in another a poet listening to a nightingale but rather dreaming richly of the grand art than there exploring it, and there are other inhabitants, belonging even more closely to the wood, dryads, fairies, an enchanter's rout. The forest itself has different names in different tongues -- Westermain, Arden, Birnam, Broceliande; and in places there are separate trees named, such as that on the outskirts against which a young Northern poet saw a spectral wanderer leaning, or, in the unexplored centre of which only rumours reach even poetry, Igdrasil of one myth, or the Trees of Knowledge and Life of another. So that indeed the whole earth seems to become this one enormous forest, and our longest and most stable civilizations are only clearings in the midst of it.”  ― Charles Williams (The Figure of Beatrice) 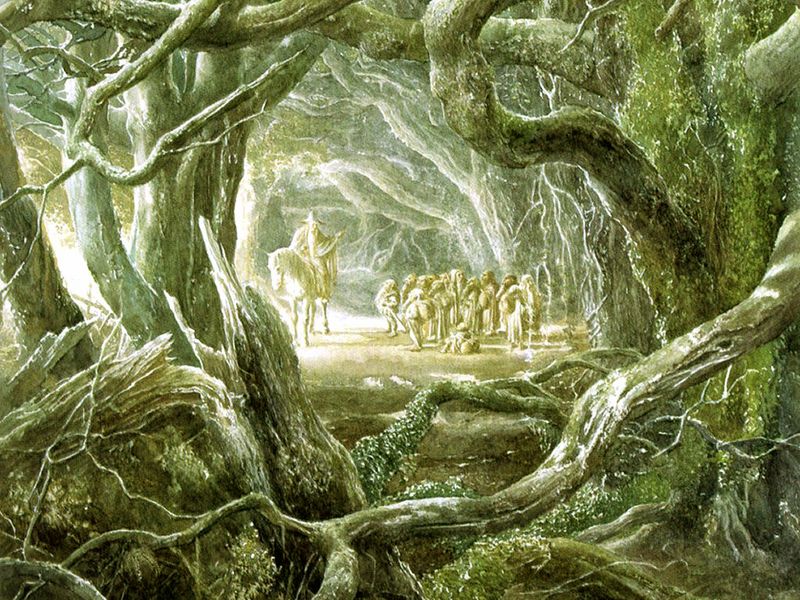 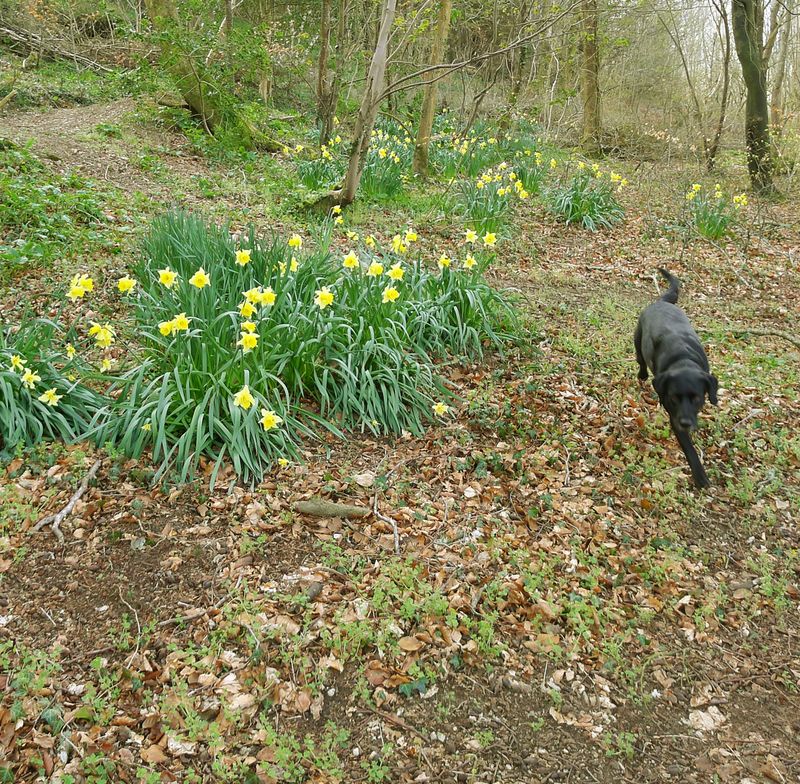 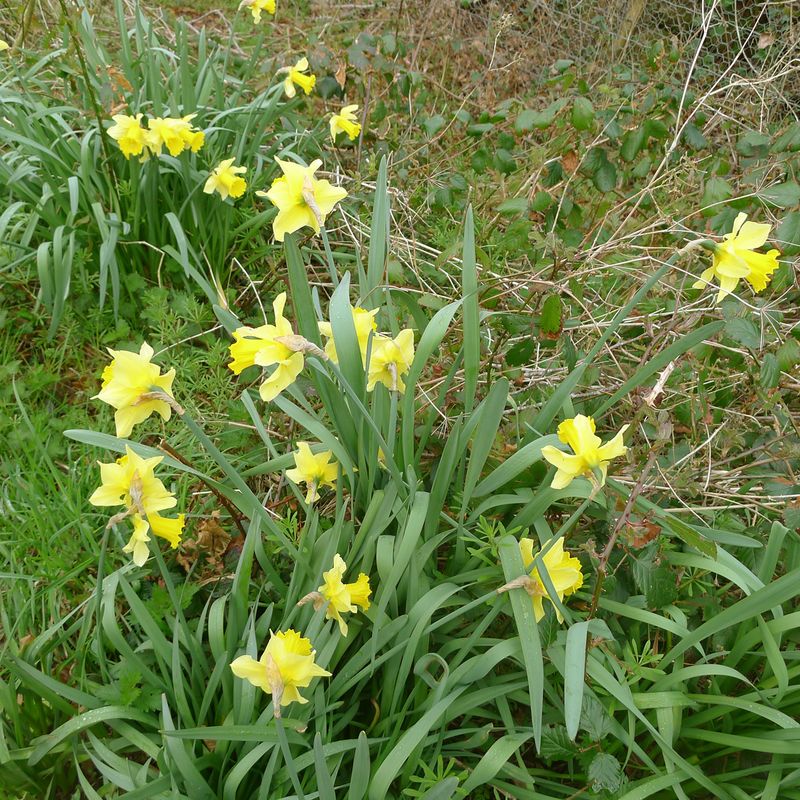 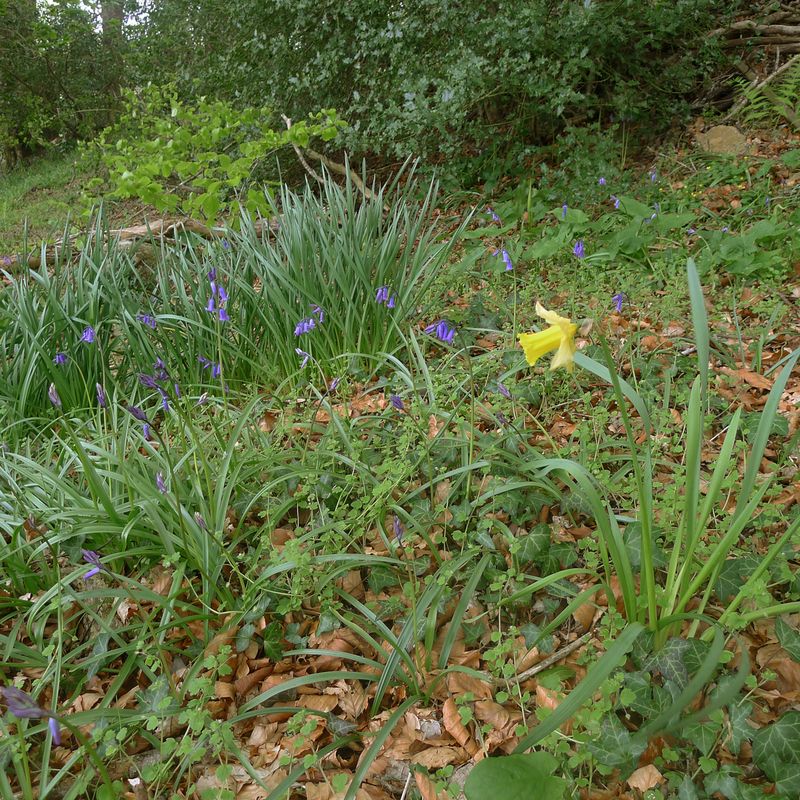 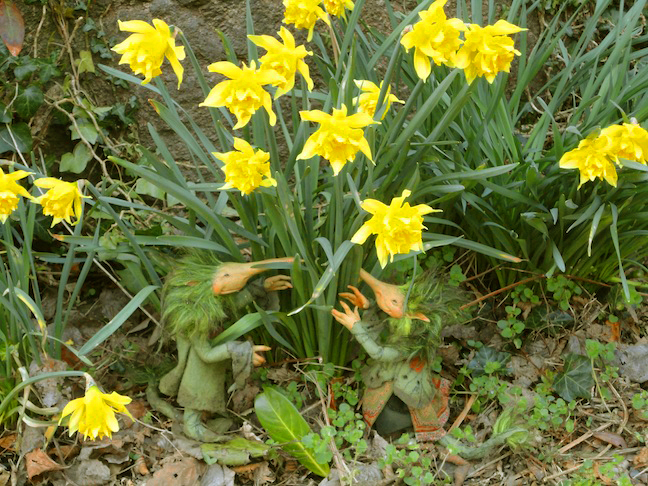 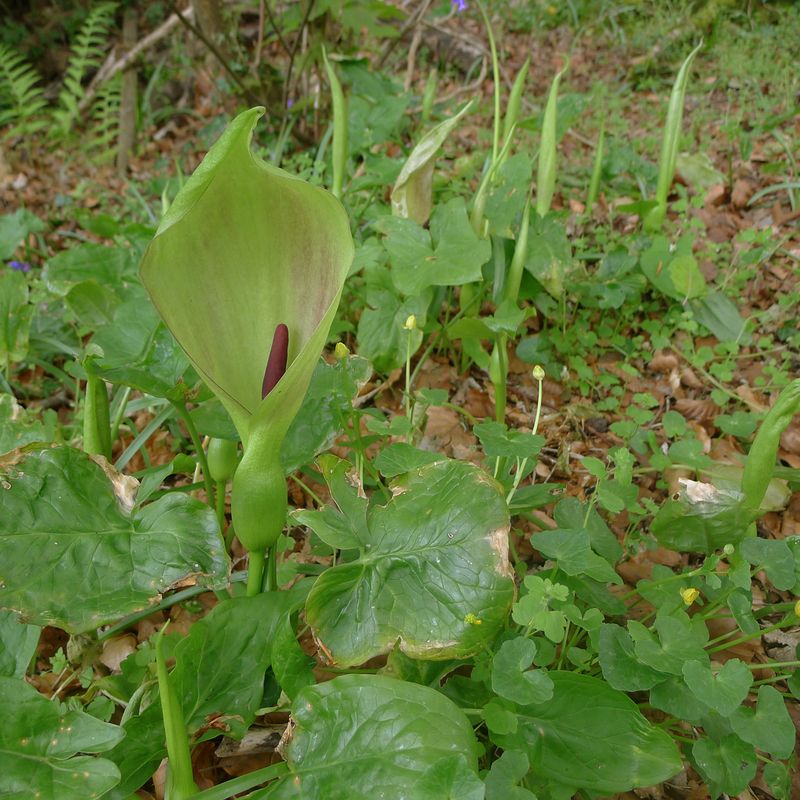 “He stood staring into the wood for a minute, then said: 'What is it about the English countryside -- why is the beauty so much more than visual? Why does it touch one so?'

"He sounded faintly sad. Perhaps he finds beauty saddening -- I do myself sometimes. Once when I was quite little I asked father why this was and he explained that it was due to our knowledge of beauty's evanescence, which reminds us that we ourselves shall die. Then he said I was probably too young to understand him; but I understood perfectly.”   - Dodie Smith (I Capture the Castle) 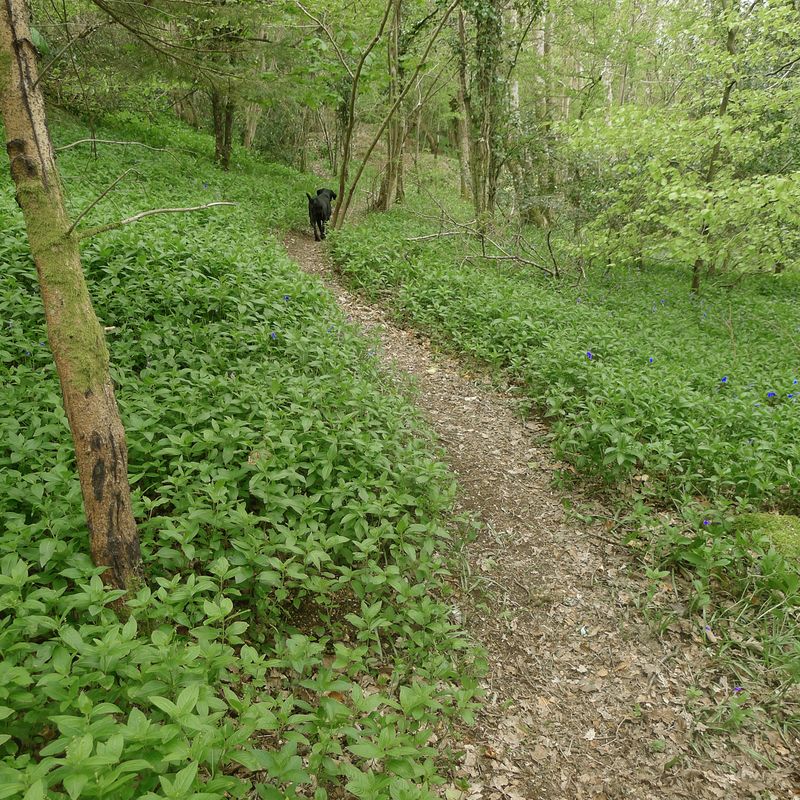 “All forests have their own personality. I don't just mean the obvious differences, like how an English woodland is different from a Central American rain forest, or comparing tracts of West Coast redwoods to the saguaro forests of the American Southwest...they each have their own gossip, their own sound, their own rustling whispers and smells. A voice speaks up when you enter their acres that can't be mistaken for one you'd hear anyplace else, a voice true to those particular tress, individual rather than of their species.” ― Charles de Lint (The Onion Girl) 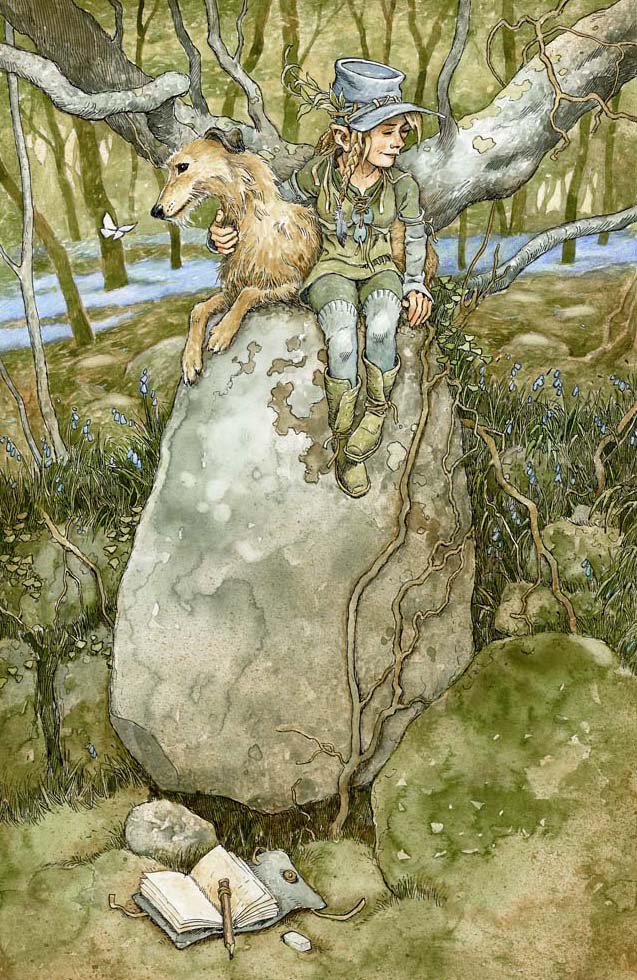 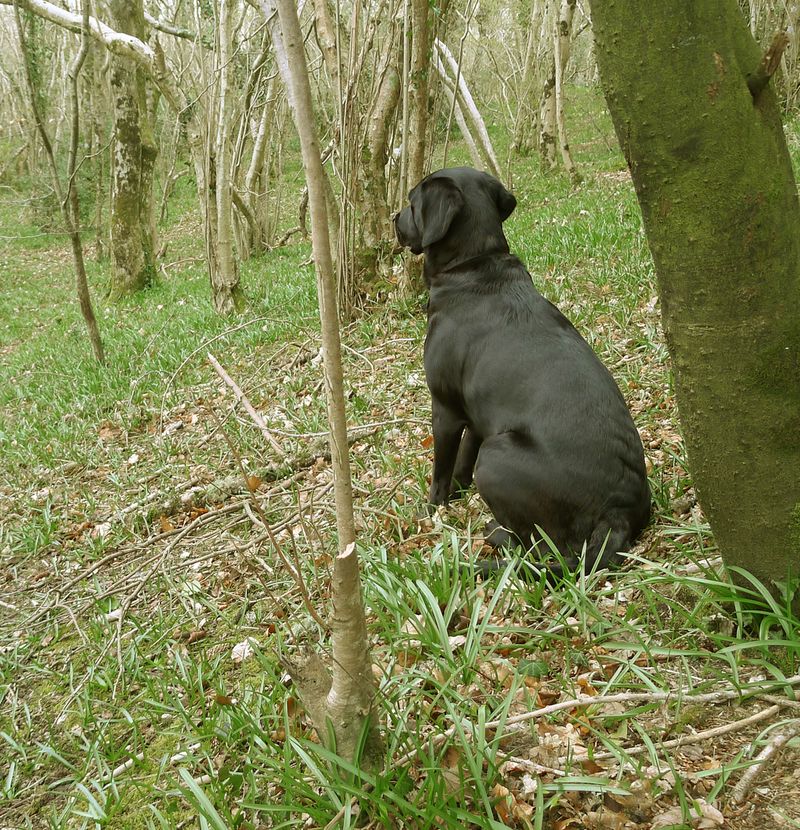 How I Go to the Woods

Ordinarily I go to the woods alone,
with not a single friend,
for they are all smilers and talkers
and therefore unsuitable.
I don’t really want to be witnessed talking to the catbirds
or hugging the old black oak tree.
I have my ways of praying,
as you no doubt have yours.
Besides, when I am alone
I can become invisible.
I can sit on the top of a dune
as motionless as an uprise of weeds,
until the foxes run by unconcerned.
I can hear the almost unhearable sound of the roses singing.
If you have ever gone to the woods with me,
I must love you very much. 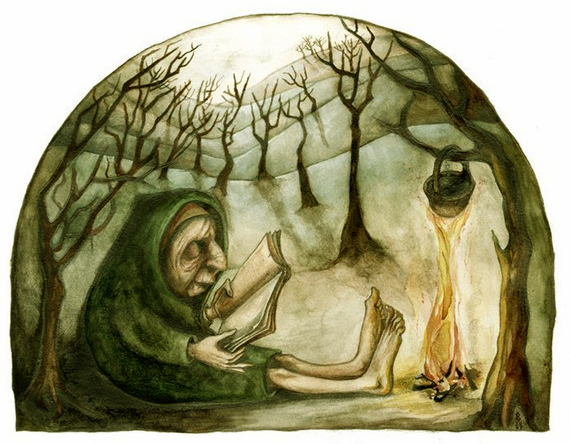 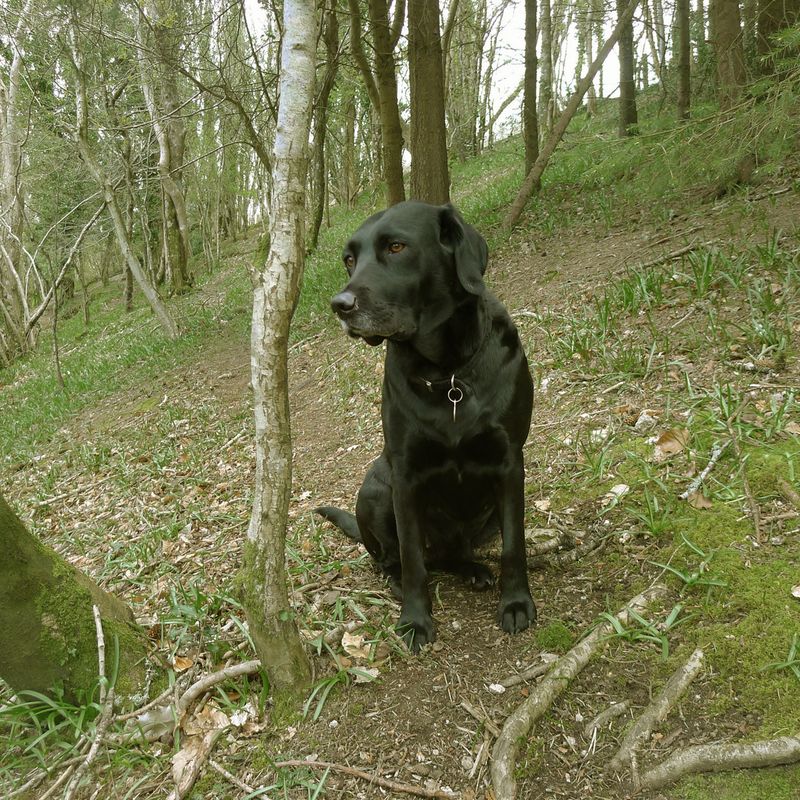 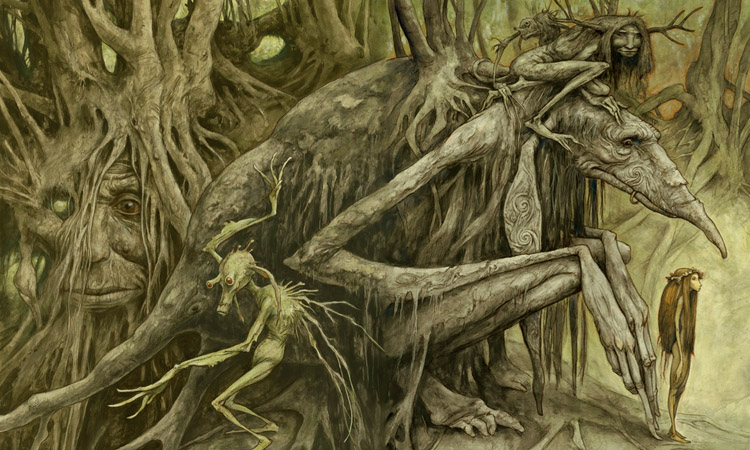 Robert Pogue Harrison (author of the Forests: The Shadow of Civilization) recommends the work of four other fine poets of the forest: Andrea Zanzotto, Susan Stewart,  A.R. Ammons, and W.S. Merwin. But Harrison's fear is that "the rapidity with which our society is losing daily contact with the natural world will make it more and more unlikely that we will have poets of the forest like Zanzotto or Merwin, or Stewart, who grew up on a farm in the midst of Pennsylvania's forests. The more our worlds are detached and abstracted from nature in this daily way, the more I fear that poets will invoke the forests in only the most superficial of ways, without the kind of full-bodied authority that a lived relationship to the forest creates."

The late naturalist John Hay would have agreed that the forest poet must be one who knows the land, which takes both proximity and time. "There are occasions," he wrote (in The Immortal Wilderness), "when you can hear the mysterious language of the Earth: in water, or coming through the trees, emanating from the mosses, seeping through the under currents of the soil, but you have to be willing to wait and receive.”

As Tilly and I scramble over rock and root, as we do most mornings, rain or shine, I pray that our own small patch of woods remains safe, remains wild, remains here for future generations to come "home" to. I pray for patience to wait, and ears to listen, and a heart wide open, ready to receive. I want to be wild myself, like the woodland creatures in these paintings, in my quiet scribbler's way. But what is the wild? asks Louise Erdrich (in The Blue Jay's Dance). A place? A state of mind? The conjunction of these things? "What is wilderness?" she muses. "What are dreams but an internal wilderness and what is desire but a wildness of the soul?”

Bernard Malamud's answer is simple and speaks to all of us, rural and urban, young and old. “The wild," he says, "begins where you least expect it, one step off your normal course." 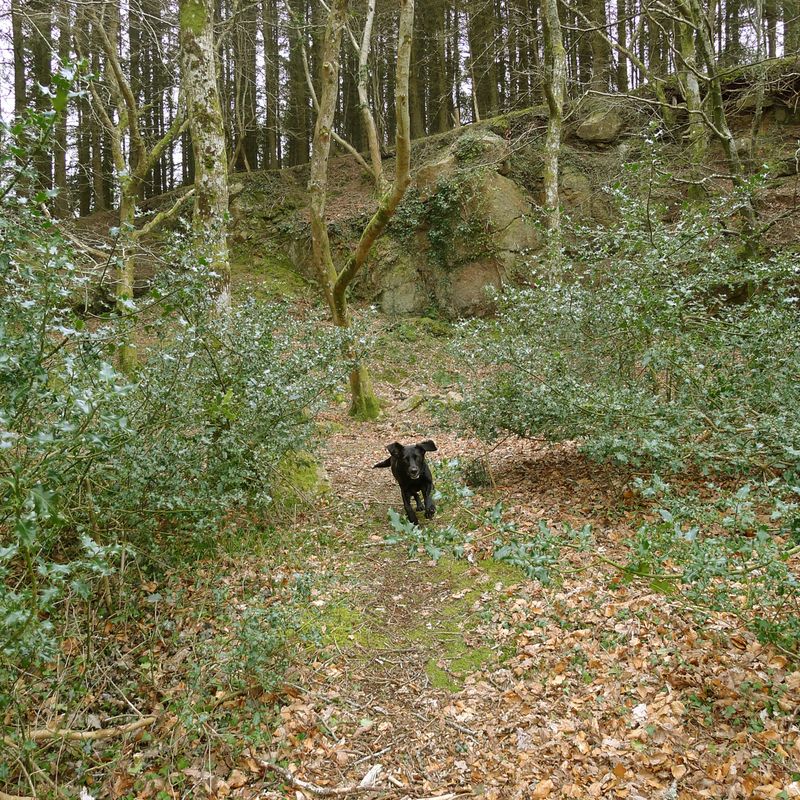 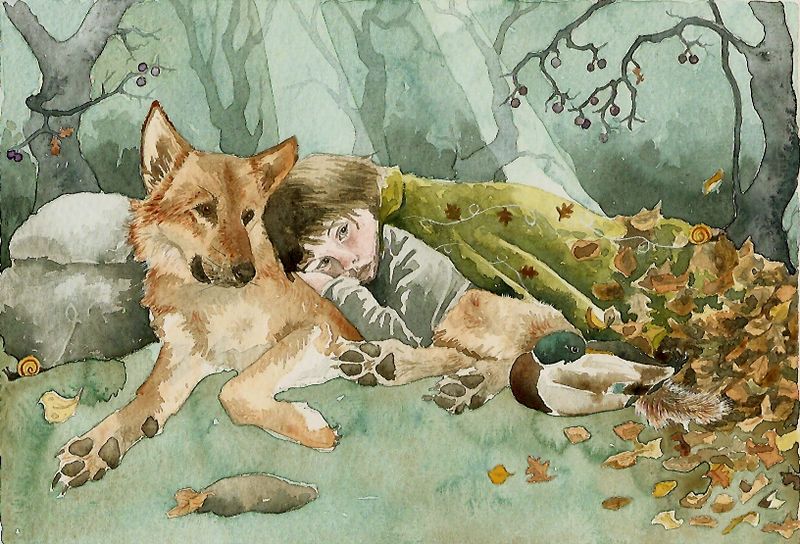 All of the "wild art" above comes from artists here in the village: An illustration for JRR Tolkien's "The Hobbit" by Alan Lee, faery sculptures in the daffodils by Wendy Froud, Spring Watch by David Wyatt (from his Local Characters series), trolls by Brian Froud (from his new book "Trolls"), Telling Stories to the Trees by Rima Staines, and Wolf Boy by Danielle Barlow.

Wonderful. I miss living within forest, within that deep shadow of sacredness. Of course, everywhere is sacred, but it's so much easier to connect with it amongst the trees.

I love everything in this post, the art, the woods, the daffodil fairies, wise Tilly, and the quotes you've chosen. But I especially love the story hidden in the picture captions, especially this part -

'The trees are teaching me patience. Strength. Steadfastness. I am learning to receive...which, for some of us, is harder than giving, but just as necessary.'

Oh how that speaks to me.

Dancing Among the Roots

Beneath my feet the little natures dance,
not fairies who are but my imagingings,
but ants carrying precious life lodes,
velvet moles in their worm-hung larders,
white larval bugs wriggling through dirt,
cicadas dreaming the years to come.
In their chambered cities, they dance
in tunnels, along oiled walls,
past rushing rivers where blind fish swim.

Let my dreams find them among the roots,
writing a truth with unhurried feet
on the forest's dancing ground,
bringing Broceliande home.

Wonderful, Jane, especially the last four lines! One thing I particularly notice about your poems (and your stories too) is that the endings are always Just Right.

I am forming a vision of these trees which is sustaining me until I reach England! There's an enchantment in how the images and photographs slip so effortlessly into each other. Some of these artists shaped the way I imagine, and to see that they are also windows on a shared world is sublime.

Such a rich and wonderful post - a bead to add to this long necklace of wonderful offerings here.
I do so hope we continue to live in forests, so that Harrison's fear does not come to pass. I feel the deep poetry of my forest home and only hope I am touching it in some way in my paintings.

Love the quotation from Dodie Smith's "I Capture the Castle." which I found at 13 and have reread
more than 13 times. It is one of my talismanic possessions, like The Pot Of Gold, and Jane Eyre, found when I was very young. And I have not concealed my love for forests. More forests! More magic! More mystery! Is Foreverness a word? It is now.

Quotes from favourite authors on a favourite subject. Feeling rather spoilt. We are lucky to have retained small islands of truly ancient woodland in and amongst the oceans of Forestry commissioned mono-forests. I always think that stepping through the curtain of the edge-ling trees is rather like creeping over a threshold. You find yourself holding your breath, slowing your pace and noticing.

I have had to be apart from my deepest self for quite a while now for reasons beyond my control. This post has refreshed me somewhat. Thank you.

Maybe that's why the witch lived in the woods, not to plot wicked magics against the villagers, but to be alone to hear the quiet sacred talk of the leaves.

I learn so much whenever I visit here. Your beautiful images, learn-ed links, the voices of commentators, their blogs, poetry and observations. I too am a lover of all things wild and a woods wanderer. Thank you for putting this all together Terri. It feels like coming home and there are presents waiting.

Do you know this Red Riding Hood poem by Johnny Clewell, Joel? She's an English poet who lives in France.

When I grow old, grandmother,
I'll be the one to live alone in the woods
with my herbs and roots and volumes of Rilke,
baskets of yarn and gardening tools,
old love letters tied into bundles,
old red hood in a bottom drawer.
When I grow old, I'll be the one
sunning myself on the front porch step,
listening for fox and lark and owl
and the sound of my granddaughter's voice.
When the time comes, I will know the wolf
who comes to call at the garden gate,
who asks for wine and poetry
and a place in my narrow bed.
When he eyes my granddaughter, this time
I'll be the one who pounces first.
Oh grandmother, what big teeth you have!
the child will say to me.
All the better for you, my dear!
And I'll gobble that bastard up.

Thank you for the lovely comments today, everyone, which have touched my heard, and for the gifts of poetry too.

And to Theodora and Kathleen: The woods and moor await you -- with bluebells for Dora (or at least I'm hoping they last that long) and autumn color for Kathleen.

I think I've read it more than 13 times too, though I didn't come to it until my 30s, when a good friend put it into my hands and insisted I read it immediately. She was right.

Thank you so much, Cynthia. And since Jack, in a previous comments thread, said he worries about this (*waves to Jack over in Ireland*), I'll mention to any new readers here that you can read the picture captions on this blog by holding your cursor over the pictures. Sometimes these simply identify works of art, but other times, there's something a little extra there (which I greatly enjoy tucking into the posts like secret messages).

Bless you, that's exactly what I was trying to show by putting these photos and works of art into relationship.

You most certainly are, dear.

I'm glad for that.