An altar to the Tenth Muse
Faith and persistence

Letting judgment fall where it may 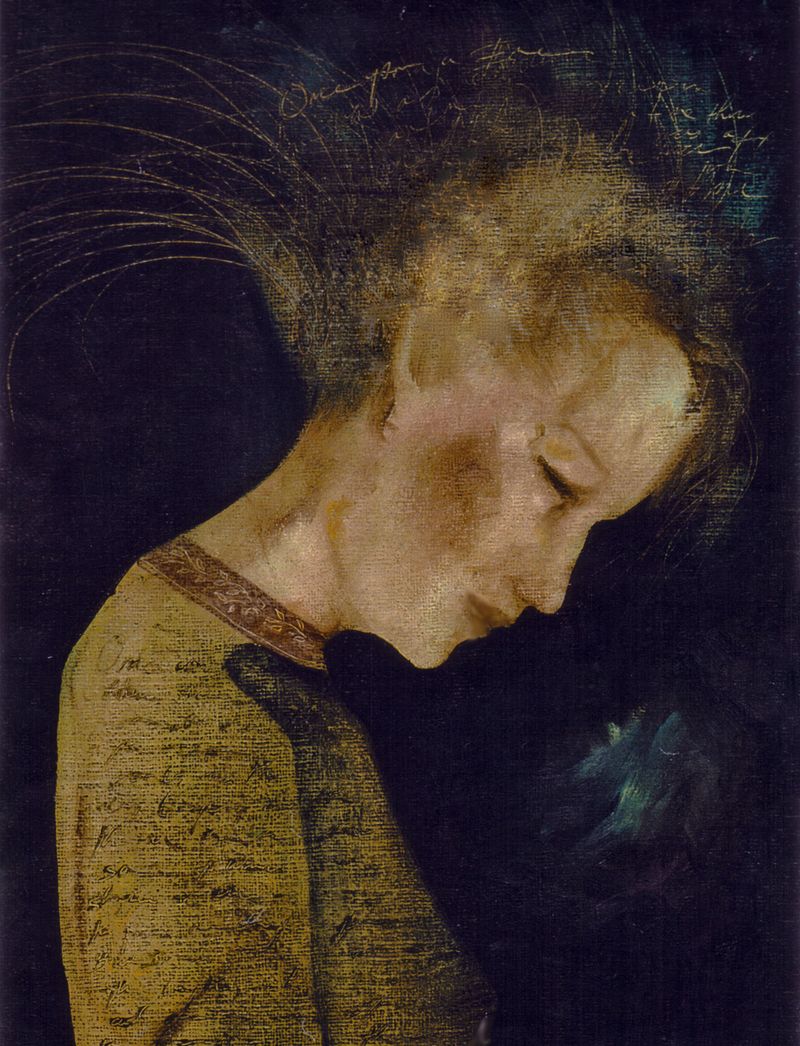 From "Blood and Guts," an autobiographical essay by novelist Erica Jong:

"When I look back on the years since I left college, and I try to sum up what I have learned, it is not to fear change, not to expect my life to be immutable. All the good things that have happened to me in the last several years have come, without exception, from a willingness to change, to risk the unknown, to do the very things I feared the most. Every poem, every page of fiction I have written , has been written with anxiety, occasionally 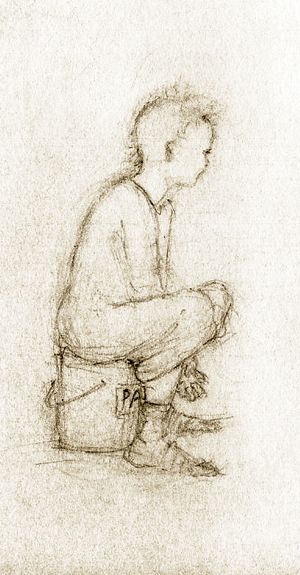 panic, always uncertainty about its reception. Every decision I have made -- from changing jobs, to changing partners, to changing homes -- has been taken with trepidation. I have not ceased being fearful, but I have ceased to let fear control me. I have accepted fear as a part of life, specifically the fear of change, the fear of the unknown, and I have gone ahead despite the pounding in the heart that says: turn back, turn back, you'll die if you venture too far....In the past several years I have learned, in short, to trust myself. Not to eradicate fear but to go on in spite of fear. Not to become insensitive to distinguished critics but to follow my own writer's instinct. My job is not to paralyze myself by anticipating judgment but to do the best that I can and let judgment fall where it may. The difference between the woman who is writing this essay and the college girl sitting in her creative writing class in 1961 is mostly a matter of nerve and daring -- the nerve to trust my own instincts and the daring to be a fool. No one ever found wisdom without being a fool. Writers, alas, have to be fools in public, while the rest of the human race can cover its tracks*. But it is also painfully true that no one avoids being a fool without avoiding growth." 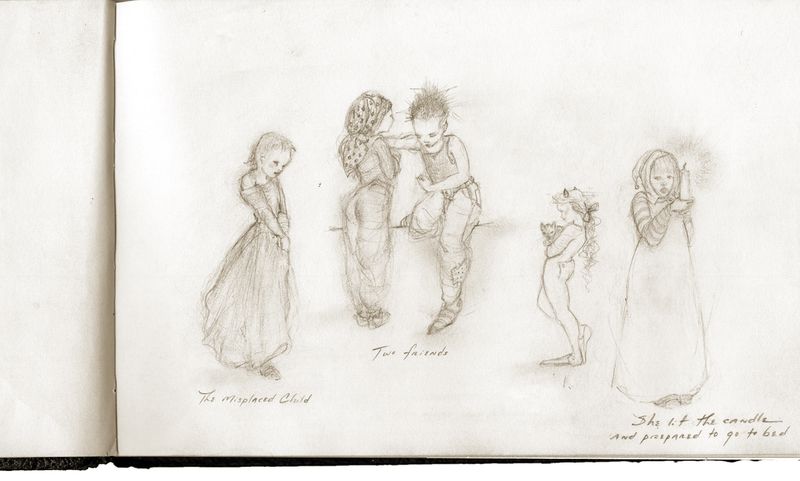 "Fearlessness may be a gift, but perhaps the more precious thing is the courage acquired through endeavor, courage that comes from cultivating the habit of refusing to let fear dictate one's actions, courage that could be described as 'grace under pressure.' '' 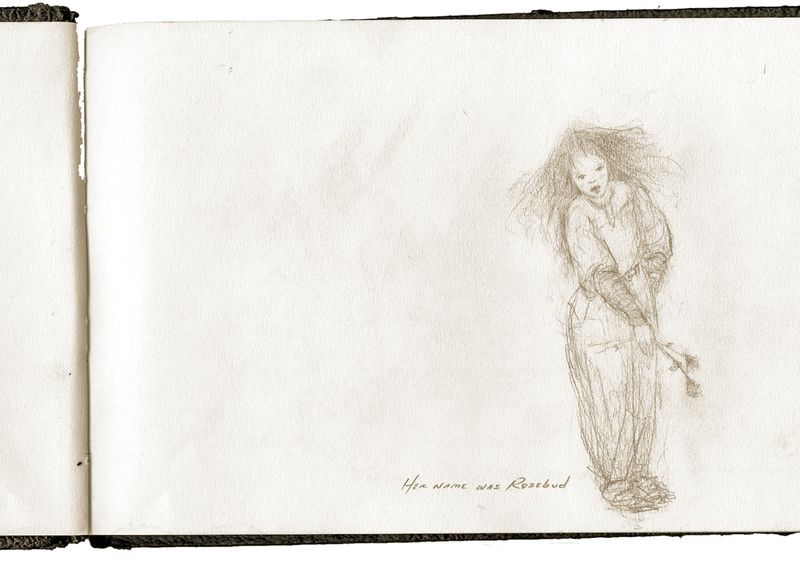 * Jong's essay comes from The Writer on Her Work, edited by Janet Sternburg (1992). It should be noted that her comment about writers being fools in public (while other people are better able to cover their tracks) was written before the rise of social media, of course. Now we can all be fools in public. Suu Kyi's great essay can be found in Freedom from Fear and Other Writings (1991), and has been widely reprinted. My painting above is "The Angel of Story," and the "little people" are from my sketchbooks.

in Art in the marketplace, From my sketchbooks, My paintings, On writing | Permalink | Comments (16)

Thankyou Terri for all the interesting information you have shared with us this week. I have found it was good medicine for me.
when I was a child I'd wander over to my paintbox and stuff to create on with reckless abandon and sheer joy with nary a thought about judgement. I also couldn't wait to grow up. Now I wish to be that child again with unhampered creativity. Hmmmmmmm.......

Lovely quotes, and I am SO loving the art this week, sketchbook pages especially.

Your Angel of Story words, I have so much love for them--thank you for sharing, as always.

I love this "series" on fear and perfection. It's perfectly timed.

I also love your painting in this post. I wonder if it's a newer work or older? It has a different feel/ look to me than some of your other work (ie the foxes, the Storyteller, etc). It reminds me of the art of saints--which makes sense given the title of the piece.

The layers on your painting are breathtakingly gorgeous. I keep scrolling up!!

When I was in art school, I thought that as long as I kept working, someone would discover my work and tada! Career made. Obviously, I was very idealistic, but more than that, I think these thoughts of waiting for someone to "discover" me came from a fear of presenting my own work, my own self. It was hard for me to sign up to blog, soooo hard to post a picture of myself, and really really hard to post my work- both writing and visual. But I did it, and strange things happened. I began getting contacted for commission work. A gallery own requested a painting for an exhibition. People, in general, just saying how much they love what I'm doing.

What I was waiting for, that elusive "someone" to stand up for my creative work, was me all along. And even though it continues to scare me, I'm going to keep it up. I haven't found an instance in which pushing through the fear and anxiety wasn't utterly worth it in the end.

It's an older piece -- part of a series of "angel" paintings I did after spending some time in northern Italy some years ago, so your reference to saints was spot-on. This particular painting was a wedding present for Ellen Kushner & Delia Sherman.

Here's another one, the Angel of Forgiveness (along with a great Eric Bibb song):

And more about art in Italy:

Oh, I love both paintings! How wonderful that the Angel of Story was a wedding gift for Ellen and Delia.

I will imagine the Angel of Story walking beside me tonight as I enter the bookstore for my reading. This series is such a gift, and tonight I will think of Jean Winterson's comment, "what you risk reveals what you value." I will risk opening my heart to the audience and sharing with them how I came to love my characters so much. Thank you, Terri, and all who have shared in the comments this week. I feel lifted on angels' wings.

I must copy that angel. It is one of those paintings that is deep with mystery. And how
lovely it was a gift to two progressive icons of fantasy.

Thank you everyone for the deep and thoughtful mode discussion this week. What a gift.

I really enjoyed this post and love your illustration and paintings. If I have wished you a great ,healthy New Year Ill say it again. x

Thank you, Terri, it did, and I feel good about the Candace who showed up. Even more special, a friend's Bedlington terriers were in the audience. Murmur and Finn happen to be old timers at literary events! Not a peep from them, but I felt their presence as well as that of the Angel of Story.

This is a beautiful post in general, but heavens Terri, the quotes in the picture captions made me cry. Damn.