An altar to the Tenth Muse 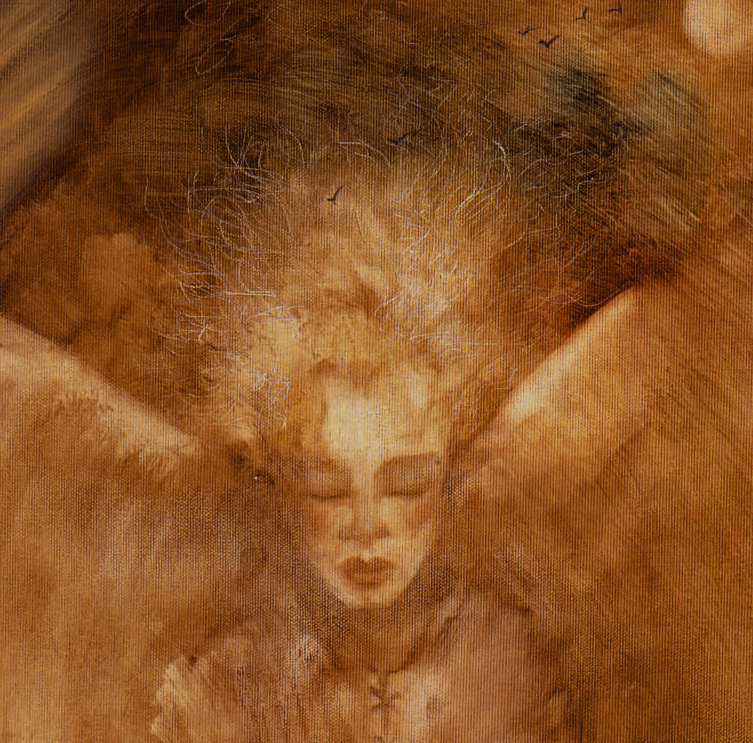 In her essay "Nine Beginnings," Margaret Atwood discusses why so many talented young people lose interest in writing as they grow up. The essay was published in a book about women authors and she focuses on issues common among girls, but I'm sure there are boys and men out there who will relate to this as well:

"There's a lack of self-confidence that gets instilled very early in many young girls, before writing is ever seen as a possibility. You need a certain amount of nerve to be a writer, an almost physical nerve, the kind you need to walk a log across a river. The horse throws you and you get back on the horse. I learned to swim by being dropped in the water. You need to know you can sink, and survive it. Girls should be allowed to play in the mud. They should be released from the obligations of perfection. Some of your writing, at least, should be as evanescent as play.

"A ratio of failures is built into the process of writing. The waste basket has evolved for a reason. Think of it as the altar of the Muse of Oblivion, to whom you sacrifice your botched first drafts, the tokens of your human imperfection. She is the tenth muse, the one without whom none of the others can function. The gift she offers you is the freedom of the second chance. Or as many chances as you'll take." 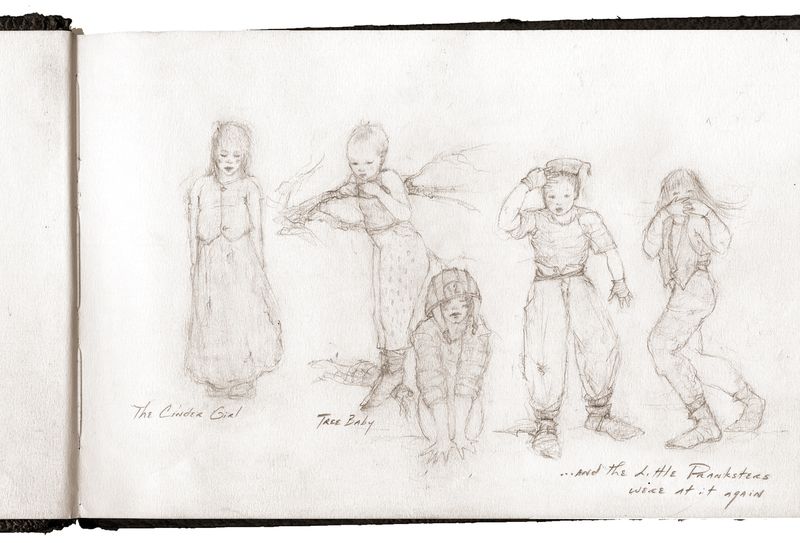 Art above: A detail from my painting "The Angel of Childhood" (which now hangs in a Family Room of the New York court system, watching over children who are waiting to testify in court), and some "little people" on a sketchbook page. Atwood's essay was published in The Writer on Her Work, edited by Janet Sternburg (Virago Press, 1992)

in Creative inspiration, From my sketchbooks, My paintings, On writing | Permalink | Comments (11)

The Ancient Greeks said that the tenth Muse was Sappho. So perhaps the eleventh Muse for all writers and artists should be not of oblivion as Atwood says, but 'Xekiniste Pali' meaning 'Start Again'.

"They should be released from the obligations of perfection."

Oh, I love that line!

Perhaps I need to make an altar to the Tenth Muse. I so often neglect her in favor of chastising myself for falling short of something greater.

Terri, I meant to say earlier, I think your 'Angel of Childhood' picture is truly beautiful.

I agree. And the note about where the painting is hanging now made my heart lurch. In a good way I mean. Plus, again, I love the 'little people' drawings.

The altar of the muse of oblivion- I love it! couldn't agree more, and this happens to so many writers and artists...

I, too, felt chills imagining your exquisite painting giving solace to children waiting in such an environment to speak their truth. My inner child is now sensing her freeing me to write my truth. To step away from comparison and dance my unique heart.

It is also the fault of education that has consistently taught children that they have to write one draft and get it right first time (SATs writing tests were at the base of this). You spend most of your time training children to plan in 10 minutes and write for 40.

Thankfully this iniquitous test has gone and we are finally returning to teaching writing properly. As a craft, often collaborative and as a joyous activity that allows us to communicate the most wonderful things.

If this keeps up we may have a 13th muse. Who would that be?

So pleased to know the "Angel of Childhood" is indeed, a blessing for many. In my writing group we have a sense of writing for the needful, overlooked and under privileged. How we came together is a mystery. A good mystery.

The art of perfection is not only instilled in the essays of one's youth, but also in the workforce so that one is conscious of achieving and achievement often at the cost of 'one's so called creativity. We do become doers and followers of systems and procedures so it is a little difficult to become a 'square peg in a round hole. It is not until one steps outside a system and relearns how to dance with the muse, that one is able to recreate. In an learning or teaching environment the subject of creative writing should become a must for all students, to perhaps assist in freeing the mind. Writing is a craft and can be seen to be joyous expression of exploration of the soul.