Animal People
Another rainy day in the studio...

Bowing to the birds 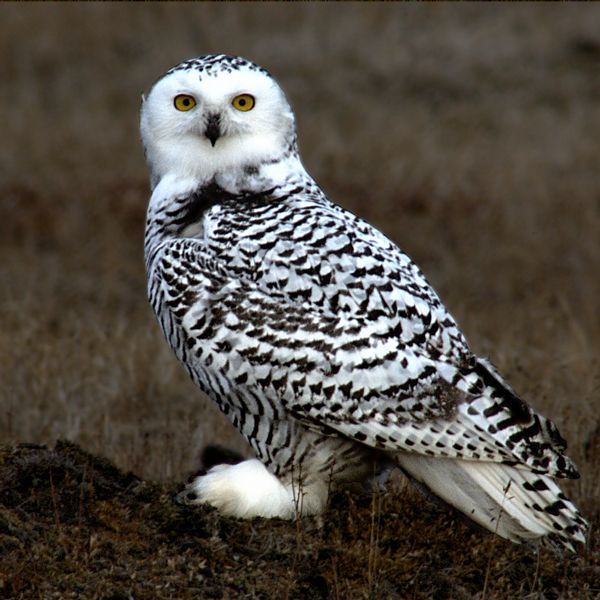 "On the evening I am thinking about -- it was breezy there on the Ilingnorak Ridge, and cold; but the late-night sun, small as a kite in the northern sky, poured forth an energy that burned against my cheekbones -- it was on that evening that I went on a walk for the first time among the tundra birds. They all build their nests on the ground, so their vulnerability is extreme. I gazed down at a single horned lark no bigger than my fist. She stared back as resolute as iron. As I approached, golden plovers abandoned their nests in hysterical ploys, artfully feigning a broken wing to distract me from the woven grass cups that couched their pale, darkly speckled eggs. Their eggs glowed with a soft, pure light, like the window light in a Vermeer painting. 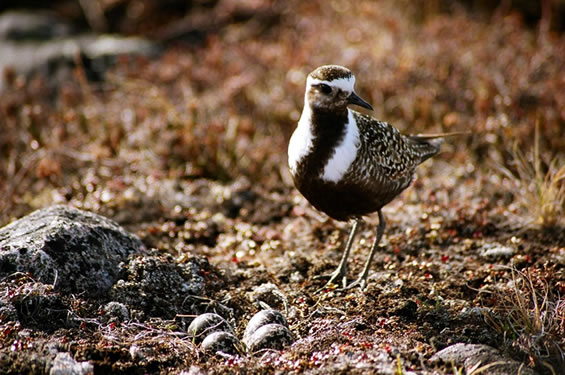 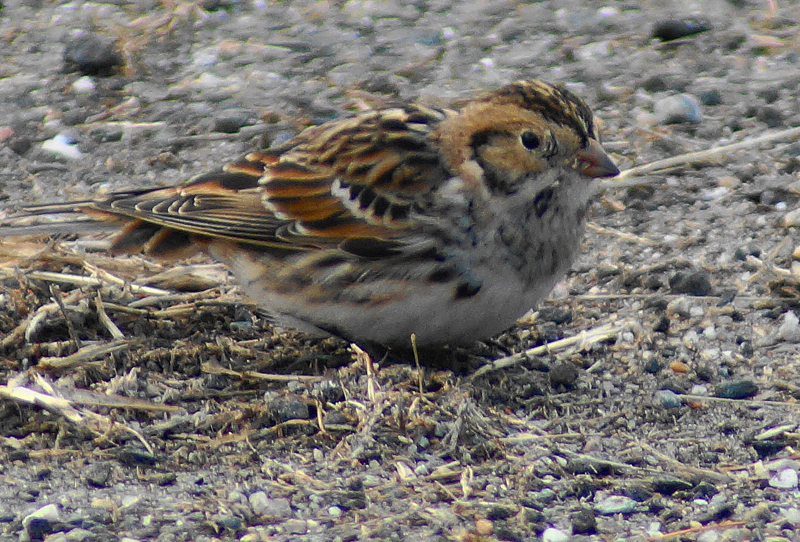 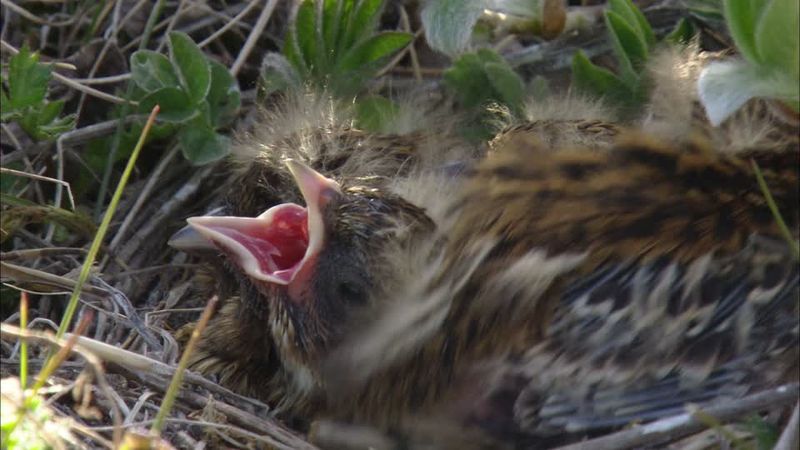 "I walked on to find Lapland longspurs as still on their nests as stones, their dark eyes gleaming. At the nest of two snowy owls I stopped. These are more formidable animals than plovers. I stood motionless. The wild glare in their eyes receded. One owl settled back slowly over its three eggs, with an aura of primitive alertness. The other watched me -- and immediately sought a bond with my eyes if I started to move. 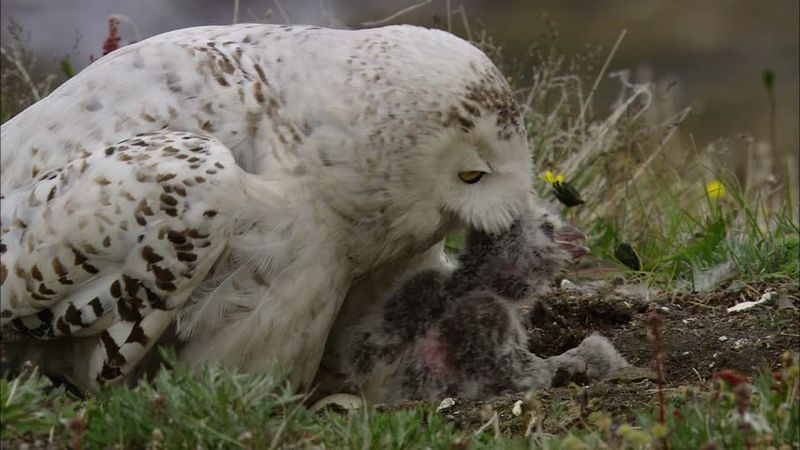 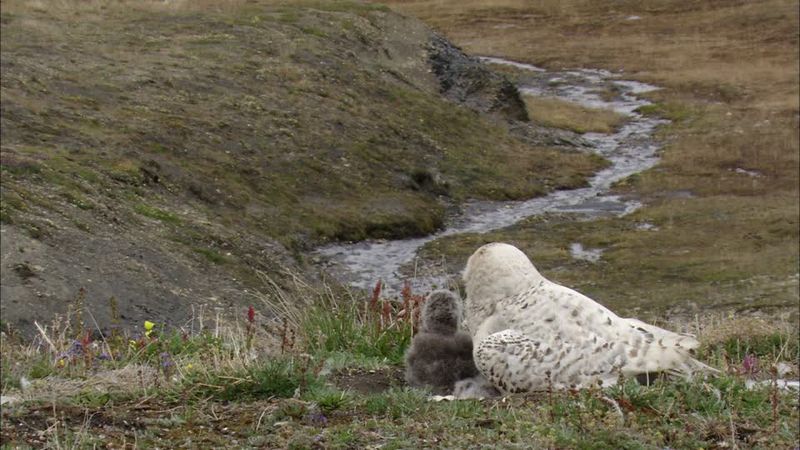 "I took to bowing on these evening walks. I would bow slightly with my hands in my pockets, towards the birds and the evidence of life in their nests -- because of their fecundity, unexpected in this remote region, and because of the serene arctic light that came down over the land like a breath, like breathing. 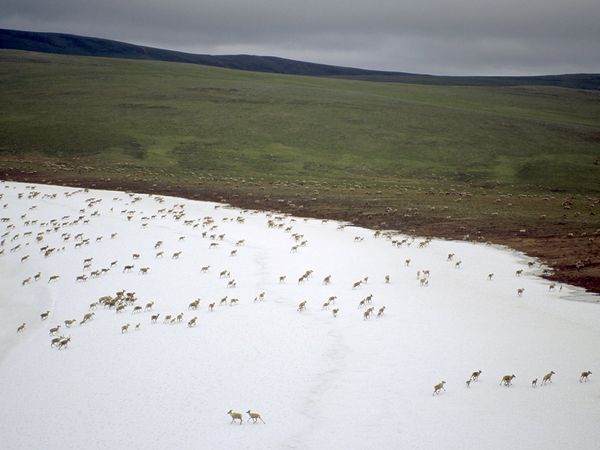 "I remember the wild, dedicated lives of the birds that night and also the abandon with which a small herd of caribou crossed the Kokolik River to the northwest, the incident of only a few moments. They pranced through like wild mares, kicking up sheets of water across the evening sun and shaking it off on the far side like huge dogs,  bloom of spray that glittered in the air around them like grains of mica. 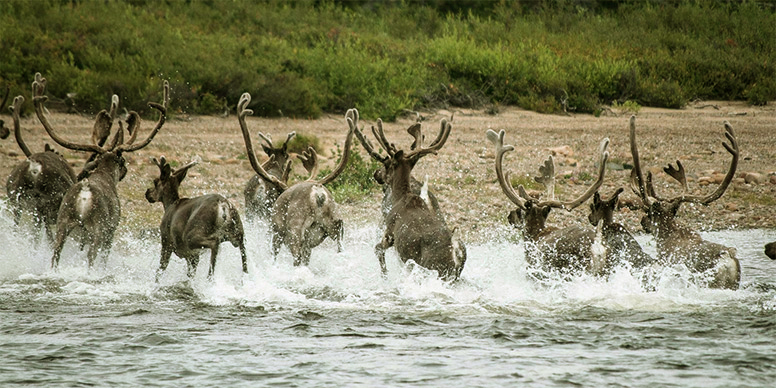 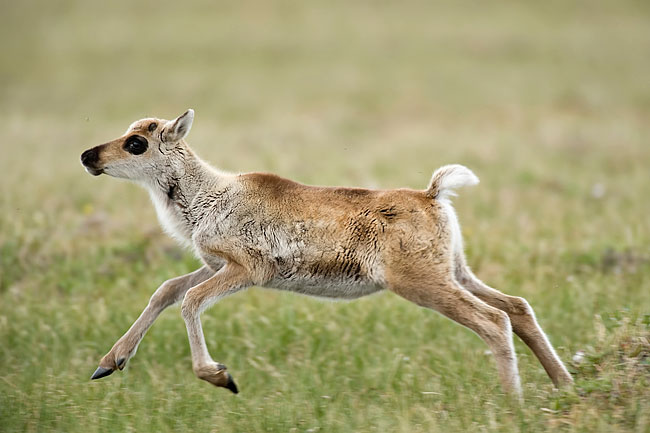 "I remember the press of light against my face. The explosive skitter of calves among the grazing caribou. And the warm intensity of the eggs beneath these resolute birds. Until then, perhaps because the sun was shining in the very middle of the night, so out of tune with customary perception, I had never known how benign sunlight could be. How forgiving. How run through with compassion in a land that bore so eloquently the evidence of centuries of winter." 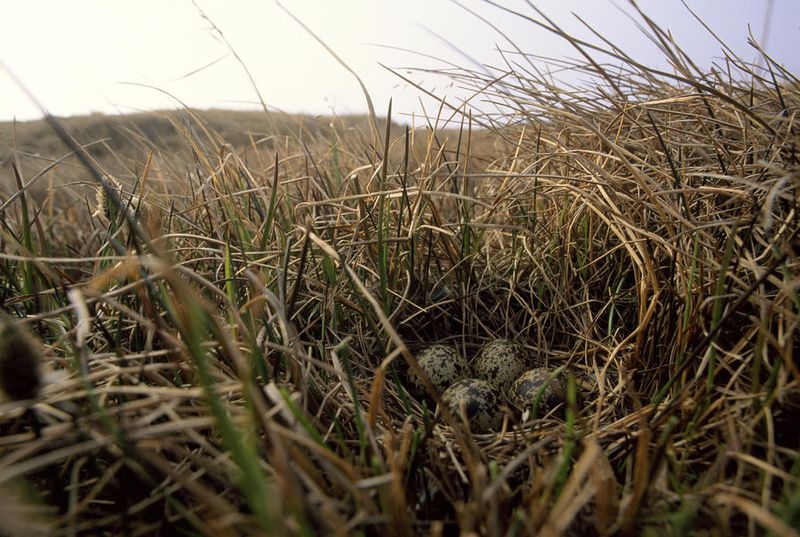 I like to chose an author for a major re-read each winter -- by which I mean not the general re-reading that I'm always doing (in between reading books that are new to me, of course), but digging out a writer's entire backlist and reading it all at once. This kind of immersion creates a very different experience than my first encounter with those same books -- which, if the author is contemporary, took place more gradually over time as each text was written and published. Last year, you may recall, I was re-engaging with Terry Tempest William's work (oh, what a glorious re-read that was!), and this year it's Barry Lopez, starting (unchronologically, I admit, but because it's winter) with Arctic Dreams.

I find myself reading unusually slowly, savoring every page, every paragraph of his writing, which is poetic and precise in equal measure. In Japan, masters of various art forms are honored as National Living Treasures. Here in the West, surely Barry Lopez is one of ours. 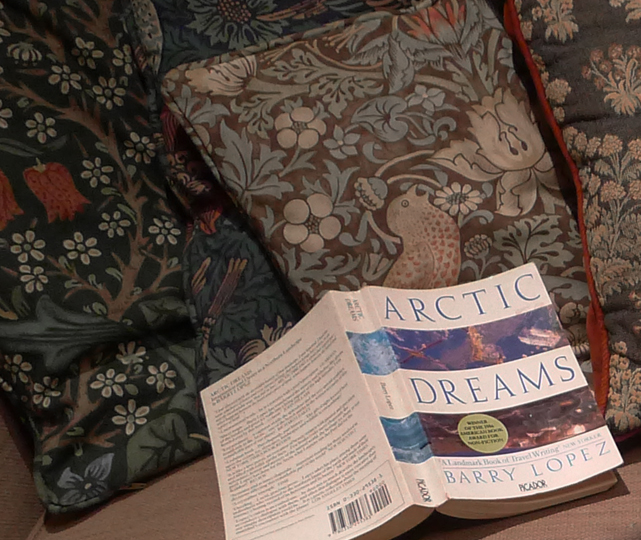 I've read a number of Barry Lopez' books. His talents as a writer are, as you say, both many and varied. River Notes and Desert Notes are among my favourite books of all time; each story reminds me of a zen koan or a sample of Japanese poetry.

I have been thinking about
that plover in its finely-tuned hysteria,
that weave of nest, couched in the grass,
that light of the morning as translucent
as the inside of a broken conch,
that darkly speckled egg.
All of nature in a handful of shell,
not metaphor at all,
and still warm to the touch.

I have never encountered this author before so thank you for the introduction! I shall definitely be looking for his books.

The world went quiet as I read.
"I took to bowing on these evening walks. I would bow slightly with my hands in my pockets, towards the birds and the evidence of life in their nests -- because of their fecundity, unexpected in this remote region, and because of the serene arctic light that came down over the land like a breath, like breathing."
It took me back to Shetland Island, rowing out a few nights before midsummer to watch the storm kestrels return to a broch in which hundreds of them nested. We waited in rapt silence for the momentary darkness in which they would return. First one black shape soared into view, another, five more, a dozen, three dozen, until their cries filled the air, each spiraling round and round before landing in their little niche. Magic.

Barry Lopez would be my choice for company if stranded on an island, or, an iceberg. The Golden Plover in my Hawaiian world is called 'kolea' we watch for them to return, and notice when they prepare to leave. We write songs and dance hula to remember their dances, going to and from the islands in the Pacific. Long-flier we call them. To see them, and their eggs in the Tundra that gave me a shiver to warm my heart. How wonderful is the winter sun, how out of step we sometimes get not appreciating how kolea reckons the warm from her landed-nests.

Swooning and bowing here right now. The Lopez treasure is vibrating in my heart even here in the dark canyon city, and I'm remembering too that exaltation I felt when the girls in their rowboat felt theirs:

Any time you'd like to visit Alaska, we'd be glad to host you. I don't live in the Brooks Range but on the shores of the amazing Kachemak Bay facing the Kenai Mountains. It is wonder upon wonder. (and lots of birds!)

Oh, lovely, lovely. And yet I'm touched with melancholy too, because your bird poems always remind me of David....

What a beautiful memory. Thank you for sharing it.

Oh gracious, I hope I can take you up on that one day!