On St. Valentine's Day
Stones in My Pocket:
On Grief, Change, and Myths of Death & Rebirth 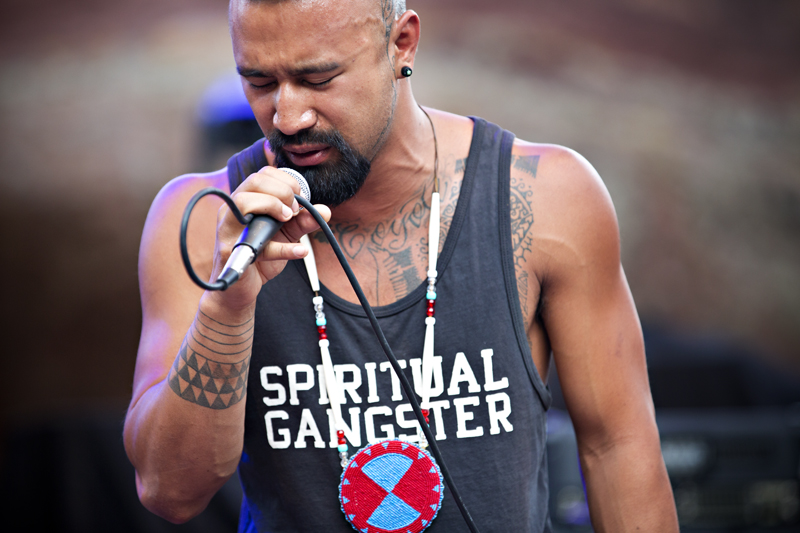 Over the last few weeks I've posted videos by some of the younger generation of musician-activists who impress me so much (Mary Lambert, Rising Appalachia), and here, today, is my favorite one of them all, a young man whose music often reduces me to tears: Nahko Bear (singer-songwriter, guitarist, pianist), with his band Medicine for the People. I'm deeply in love with his two albums (On the Verge and Dark As Night), and admire the tireless work he is doing on behalf of environmental organizations, indigenous rights organizations, and young people everywhere.

Nahko was born of mixed Apache, Puerto Rican and Filipino heritage, adopted and raised by a conservative white family in Oregon, and now divides his time between Oregon and Hawaii. He has used his music to explore and heal the trauma of his origins (he was conceived through rape, and his biological father was later murdered), finding true "medicine" in art, nature, and Spirit -- a medicine that he passes on in a remarkably joyful way. He takes identity politics to its next healing step: a pride in his mixed-race ancestry and up-bringing (which he has in common with an ever-increasing number of culturally mixed young Americans) combined with a respect for women and elders, a belief in the power of community, and an embrace of all good-hearted people as part of his tribe, no matter what their background. If you'd like to learn more, his bio is here, and you can read a good interview with Nahko here.

Above: The video for Nahko's song "Great Spirit."

Below: The video for "Black as Night." (Look close and you'll see the Smith sisters of Rising Appalachia in there.)

"Stay humble," Nahko sings in this simple solo performance of  his lovely song "Wash It Away," filmed beside a creek at the Wanderlust Festival.

And to end with:

The wonderfully exuberant video for "Me and Mr. Washington."

If you'd like a little more music this morning, you could also try "Father Mountain," "Creation's Daughter" with Sandra Fay, and a charming informal duet with Rising Appalachia's Leah Song.

Thank you, Great Spirit, for Nahko Bear and his friends and collaborators. We've been waiting for them, it seems, a long, long time. Mitakuye Oyasin. 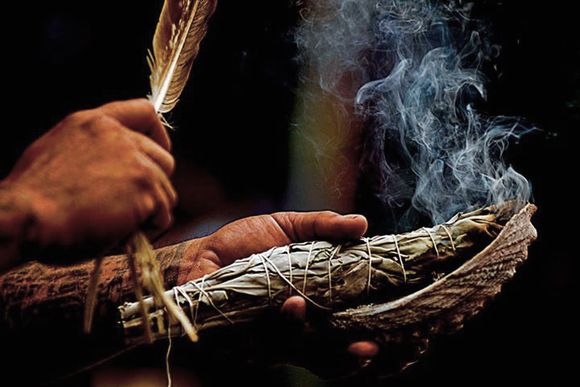 "Everyone, no matter what their cultural background, has a right to discover the sacred in nature; to heal and be redeemed spiritually by nature; and to revere the ancestors. We are all haunted and saved by our memories."  - Martha Brooks (Bone Dance)

Thank you so much for the introduction to Nahko Bear.
I've just watched a couple of the videos you posted and shared them with my boys (13 and 10). We all loved them. I'm always on the lookout for music which they will also listen to - ie. find cool - but which isn't trite (or, as is sometimes the case, sexist/cynical/hateful/etc...). This totally hits the mark.
Off to buy an album now.

LOVE it! xx thank you

I had discovered Nahko Bear sometime ago but had lost touch with his name. I was so happy to find him again. He is just amazing. Love his voice, his appearance, his messages. Fascinating. He has such a gift and such a gift to help Mother Earth.

O thank you for this discovery, so very beautifull, it's like blessed food, I couldn't help our old Bob Dylan calling us again to the liberation chorus

sorry for the bad english, I meant "I couldn't help feeling"

Thank you so much Terri for the lovely music you share, it's always a pleasure to visit and find your latest Monday treasures

What a treasure that you have shared with us Terri! I just watched all the videos and loved them all! Thank you!

Soft and fierce. A beautiful combination. Very moving. Thanks.