The stories that take root
Signs of spring

Tunes for a Sunday Morning 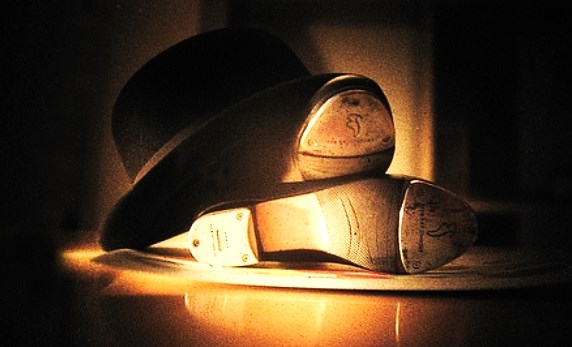 This week's tunes are going up a day early in honor of my music-loving, tap-dancing husband's birthday: foot-taping tunes from France, Germany, England, Greece, and America. ♥

Above, the fabulous French electro-swing band Caravan Palace perform "Rock It For Me" live at Le Trianon in Paris.

Below, "St. James Ballroom" by Alice Francis and her band. Francis comes from Timisoara, Romania and now lives in Cologne, Germany.

Above, "When I Get Low, I Get High," the old Chick Webb/Ella Fitzgerald standard, performed by The Speakeasy Three, a vocal trio from Brighton, England. They are backed up here by The Swing Ninjas, also from Brighton.

Below, Cissie Redgwick, from Yorkshire, England, updates the classic "Gimme That Swing."

Let's add zombies and magic to the mix:

Above, "Black Swamp Village" by The Speakeasies Swing Band from Thessaloniki,  Greece.

Below, "Tightrope" by the American soul/rhythm and blues singer Janelle Monáe. She was born in Kansas City, studied in New York and Philadelphia, and now lives in Atlanta.

I hope this kicks off your week with a smile. If you'd like a little more, try "Bright Lights Late Nights" by the Speakeasy Swing Band (Greece),  "That Man" by the great swing and jazz singer Caro Emerald (The Netherlands), and "Suzy" by Caravan Palace (France).

Many happy returns, Howard! What's that old joke about tap-dancing.... "I used to be a tap-dancer, but I had to give up; I kept falling in the sink!" (sorry)

That's such a great set of tunes, I made a playlist: https://www.youtube.com/playlist?list=PLTypQxLjz_-dIbXjqyhv4y5_5xzQd_Z45 Thanks!

Happy Birthday, Howard. Would love to drop in sometime and pet Tilly, and hug you and Terri. Unseen
in person, but in a fine circle all around the world. Would share theatre stories. (1) How we made extra
character/head and faces with round Quaker Oats containers. Etc.

I love the Cowboys Fringants video, Will. As you knew I would.

Wow, that is awesome! (Tilly is looking at me as if to say, "Don't expect ME to do that!")

Did you know there's a whole international sport of "dog dancing"? It started in Germany, I think. Some of it's pretty lame -- the dogs are better dancers than their human partners -- but at it's best it's weirdly charming, and the dogs seem to be having as much fun as their humans. Have a look at...

YAY--copy pasted and will have a look tomorrow.
Thanks

Oops, that snuck in because you got me surfing and I lost track of where I was. Since you approve, it's staying in that list. :)

Terri- I'd never heard of Caravan Palace before, but if you like them try out Parov Stelar also. They remind me a lot of him. Catgroove is one of my faves.