The spirit of place 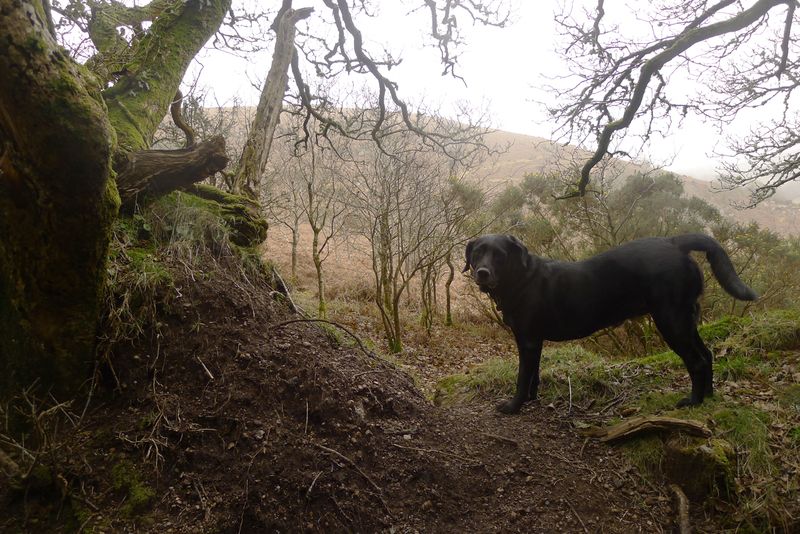 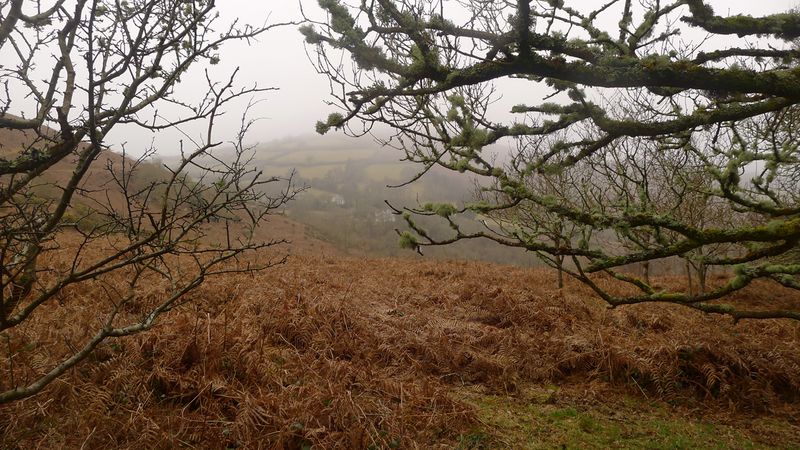 In his excellent new book Rising Ground, Philip Marsden tramps across the moor and through the woods of Cornwall in search of the "spirit of place," discussing the history and mythology of this ancient land along the way. From Bodmin Moor to Tintangel and Land's End, he explores the many faces of the county: the natural landscape, the sacred landscape, the working landscape of miners and farmers, the Cornwall of antiquarians and artists, and the "spirit of place" as experienced by the author himself, who has lived there for many years.

At the core of the book is Marsden's renovation of a remote farmhouse at the edge of Ruan Creek (a "creek" being a tidal channel or estuary and not a small stream, as Americans use the term). The surrounding woods have reclaimed the crumbled stones of an older settlement, and now Marsden and his family settle in to write a new chapter in the land's long story.

"Our children had been been given a picture book called A Street Through Time: A 12,000-year Journey Along the Same Street," he tells us. "On the first page is a Mesolithic settlement, on the next a Neolithic one, and so on. Every time you turn the page there is the same topography, the same river and the same hill -- but everything else changes. The forest is cut back, huts appear and disappear, defences come and go; early on, a barrow and a stone circle pop up on the hill, fall out of use, and are swallowed up again by the forest; an Iron Age fort becomes a Roman fort among whose ruins a medieval castle is built which is burned down during the Civil War and whose broken walls, on the final page, serve as a visitor attraction.  The foreground of the last page is a frenetic scene with cars on the road, planes in the air, wine bars in basements, pedestrians on mobile phones and on the river, a small dredger and a couple in a rowing boat. 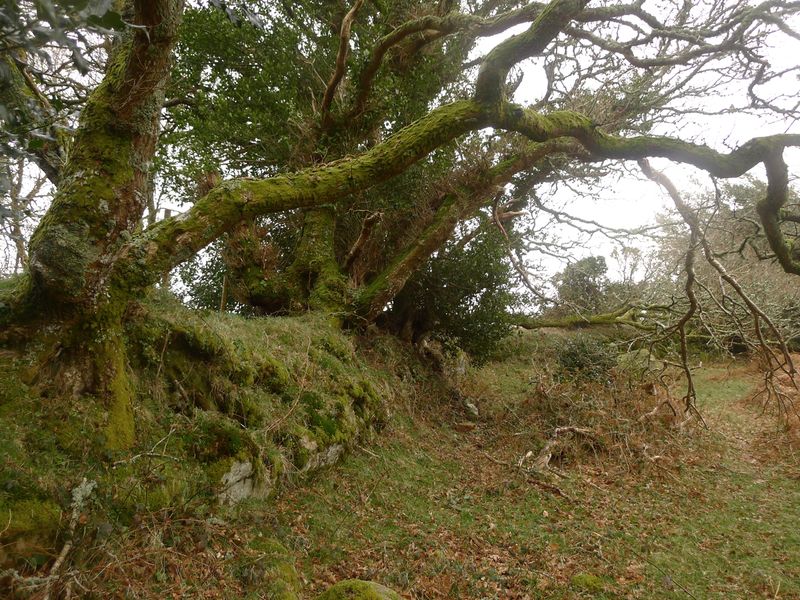 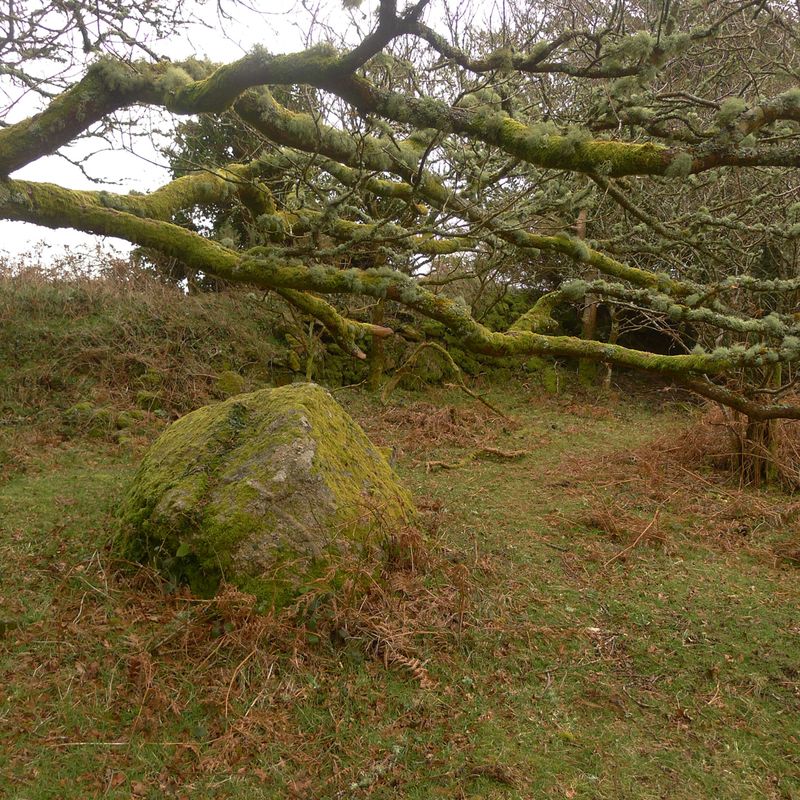 "I imagined a version of that narrative here, on the tidal section of the Upper Fal. The first pages would be similar: the shoreside attracting early settlers, the tumulus in our field, the Roman garrison up-river at Golden Mill, the castles at Ruan Lanihorne and Tregony, the church at Lamorran. On the late medieval page, in our little creek, a couple of punts are pulled up on the shingle. A lugger is bringing in maunds of mussels. A small settlement stands on the shore, a scatter of barns and cottages and stock-pens ringed by the enclosure of the demesne lands. The stream drives a small mill. At the center of the scene is a medieval manor -- mullioned windows and high chimneys, and beside it a chapel. The next page is the late eighteenth century: the manor house in poor repair, only partly inhabited, but a new quay on the creek, with a lane running down to it and several people disembarking from a small coaster. Bales of goods lie on the shingle. In the woods across from the river they are felling oak, stripping the bark for the newly expanded tannery.

"It is at this point that our version diverges from the steady modernising in the picture book. The next page here, the mid-nineteenth century, would show the buildings in ruin, and only a much smaller house, our house, among the old walls. Otherwise, the scene is emptying of people, emptying of river traffic. The silting process is beginning to accelerate. On the following pages there are fewer and smaller coasters, then none at all. The quays fall into disrepair, the lime-kilns disappear. The track is less used. There is some activity in the woods, where timber is still taken for the tannery in Grampound, but that comes to an end in the later twentieth century. On the last page are just trees and mud flats, and a cluster of roofs in the wooded emptiness of the valley." 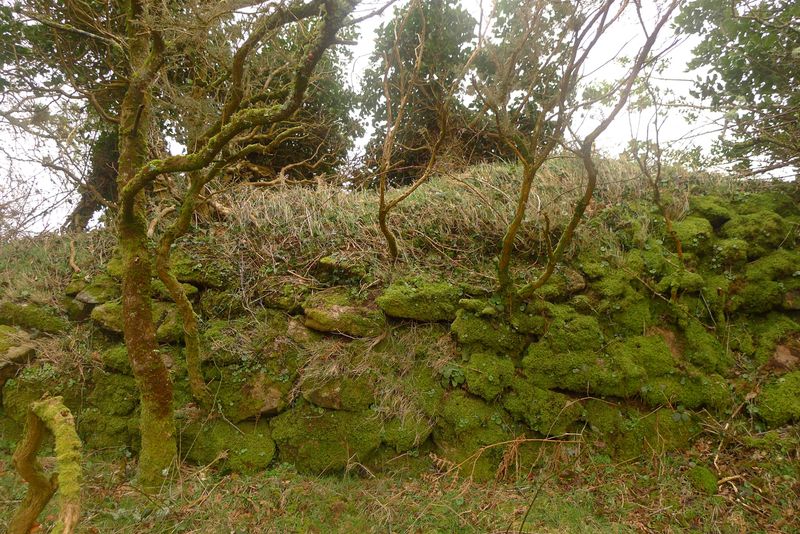 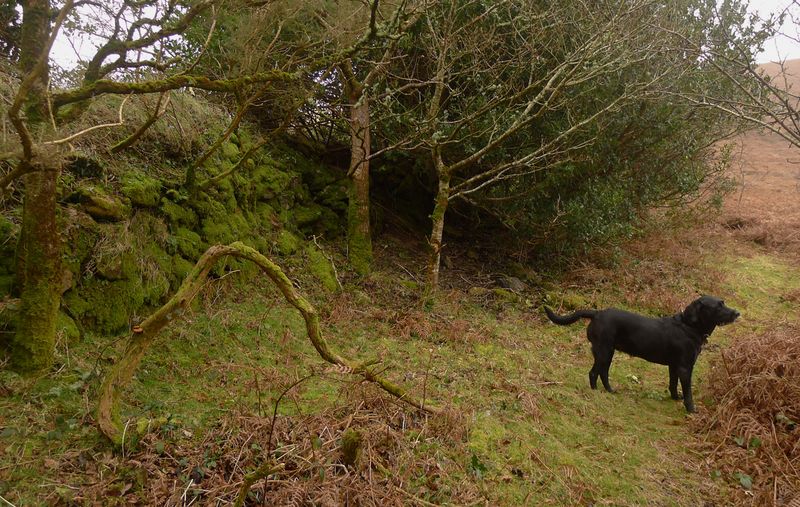 In Marsden's vision, all of Cornwall is a palimpsest, a page over-written by history: readable here, indecipherable there, but beautiful in its layering. Even the section of the county ravaged by clayworks has its stories and its poetry, and the final chapters of the book -- on Lyonesse and the Isles of Scilly -- are pure poetry themselves. It's an unusual book, falling somewhere in the interstices between nature writing, travel writing, history and memoir. By the end, you feel as if you've walked across Cornwall too, and that's a trip worth taking. 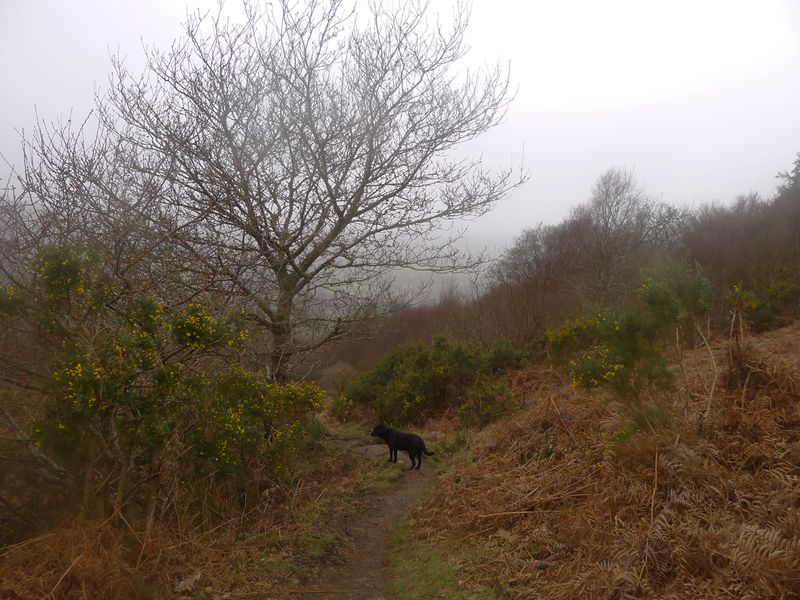 If you happen to be within striking distance of Dartmoor, Philip Marsden will be speaking at Chagword, our village's literary festival, on Saturday, March 14 -- and I believe there are still some tickets left. Perhaps I'll see some of you there. 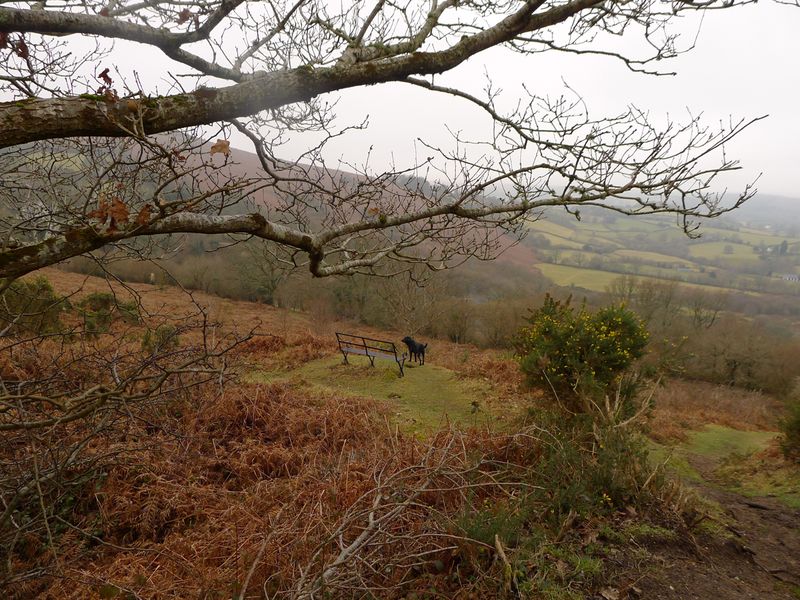 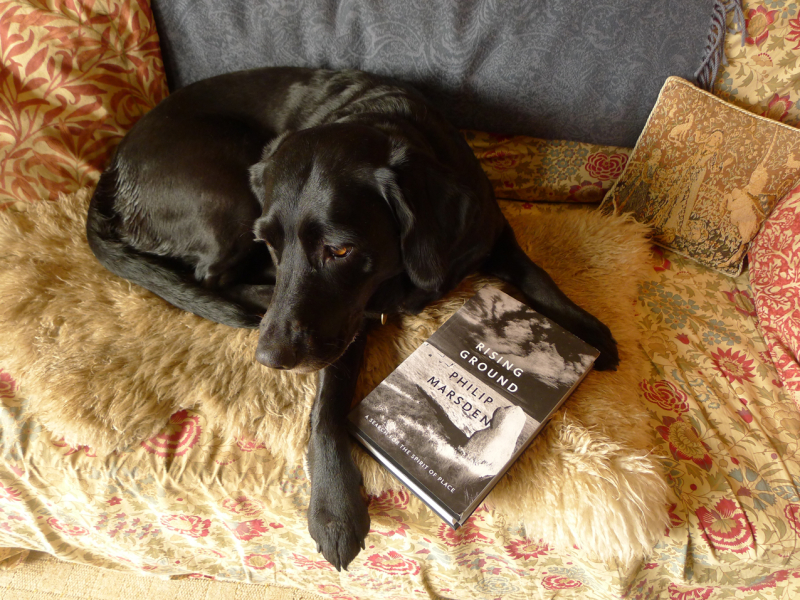 Photographs above: Tilly and I explore the spirit of place in our own Devon hills.

We've read the Street Through Time book in our household and others in the series - wonderful books - and I would love to read Rising Ground. I sure wish I could attend that talk! And walk that beautiful ground. Maybe one of these days :-)

Mr. Marsden's book is now on my list to find. I don't own the land my mobile home is on, though I've planted flowers and herbs here. I'm so looking forward to moving in with my daughter in her house in a small town north of here. It's right at the north edge of the town with only a pond/park and one row of houses between us and country. I will be working there to find the "spirit of place".

Thank you Terri for another inspiring writing. Will look up Mr. Marsden's book and share with my grandchildren.

I hope you all enjoy Rising Ground as much as I did. I think you will!

She's certainly gotten very good at posing for photographs, which she's been doing since she was a pup.

Thank you so much for the above article. It must be forty years since I was in Cornwall, in fact I honeymooned there. I so loved it for so many reasons, and perhaps in another life time I did live there. The book Rising Ground is a book for me to look at and I remember Daphne du Maurier wrote a book in Cornwall, called The House on the Strand where she went back in time with it discovering how a part of Cornwall looked at a certain period and yet living in it in this time period. I have read this book many times, so it struck a chord with me.

Thank you so much for your very absorbing articles. I look forward to them.......

Oh! I'm gonna close my eyes and to wish firmly be there! :)
Enjoy your event and tell us about it later!

Tilly is so friendly and cute!