A democracy of species 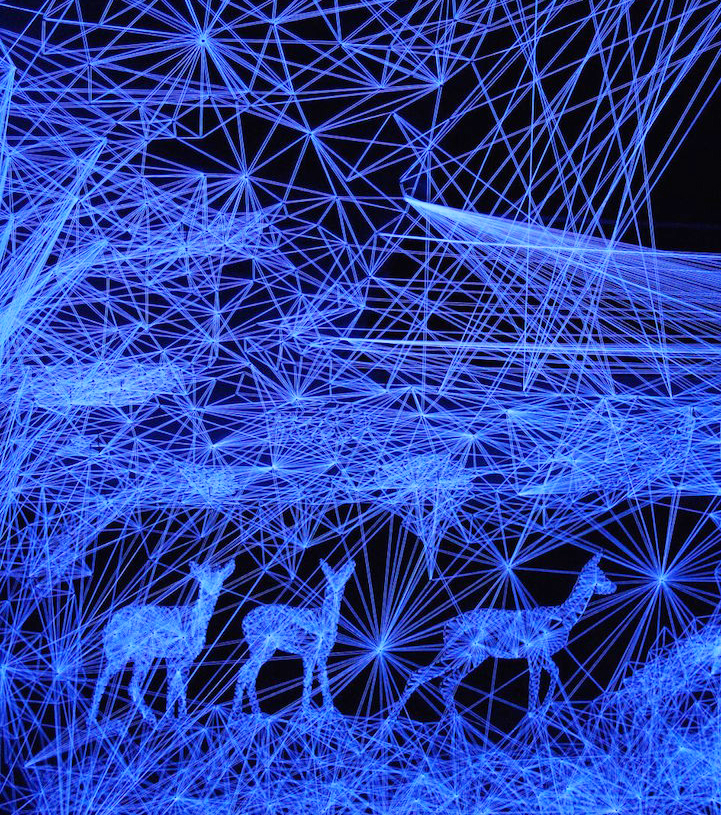 Here's another lovely passage from Braiding Sweetgrass by Robin Wall Kimmerer, weaving together several of the themes that we've been discussing these last few weeks: gift vs. market economies, inter-species relationships, living and working in gratitude, and how to "re-wild" our children in an increasingly urban world.

"Our old farm is within the ancestral homelands of the Onondaga Nation," Kimmerer writes, "and their reserve lies a few ridges to the west of my hilltop. There, just like on my side of the ridge, school buses discharge a herd of kids who run even after  the bus monitors bark 'Walk!' But at Onondaga, the flag flying outside the entrance [of the school] is purple and white, depicting the Hiawatha wampum belt, the symbol of the Haudenosaunee Confederacy....Here the school week begins and ends not with the Pledge of Allegiance, but with the Thanksgiving Address, a river of words as old as the people themselves, known more accurately in the Onondaga language as the Words That Come Before All Else. This ancient order of protocol sets gratitude as the highest priority. The gratitude is directed straight to the ones who share their gifts with the world.

"All classes stand together in the atrium, and one grade each week has responsibility for the oratory. Together, in a language older than English, they begin the recitation. It is said that the people were instructed to stand and offer these words whenever they gathered, no matter how many or how few, before anything else was done. In this ritual, their teachers remind them that every day, 'beginning with where our feet touch the earth, we send thanks and greetings to all members of the natural world.' "

The wording of the Thanksgiving Address varies with the speaker, but you can read well known version by John Stokes and Kanawahientun here. 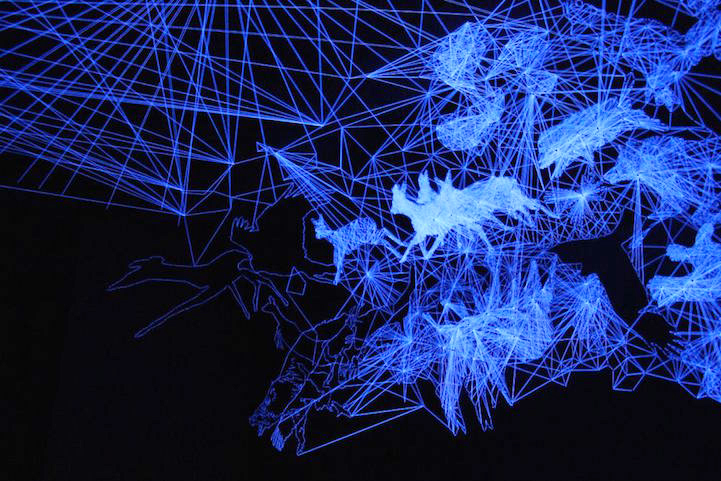 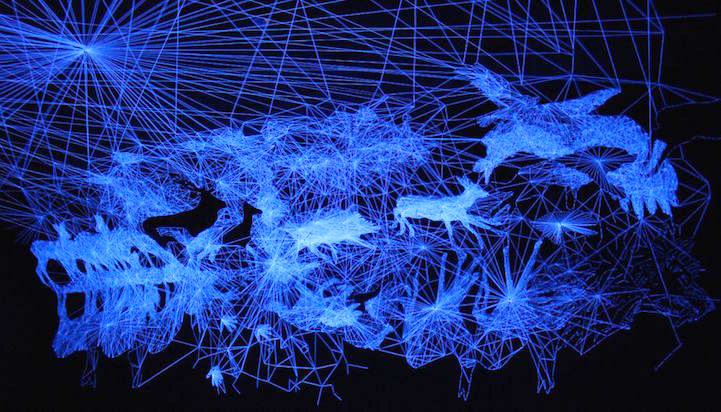 "The Address is, by its very nature of greeting to all who sustain us, long," Kimmerer continues. "But it can be done in abbreviated form or in long and loving detail. At the school, it is tailored to the language skills of the children speaking it.

"Part of its power surely rests in the length of time it takes to send greetings and thanks to so many. The listeners reciprocate the gift of the speaker's words with their attention, and by putting their minds into the place where gathered minds meet. You could be passive and just let the words flow by, but each call asks for the response: 'Now our minds are one.' You have to concentrate; you have to give yourself to the listening. It takes effort, especially in a time when we are accustomed to sound bites and immediate gratification." 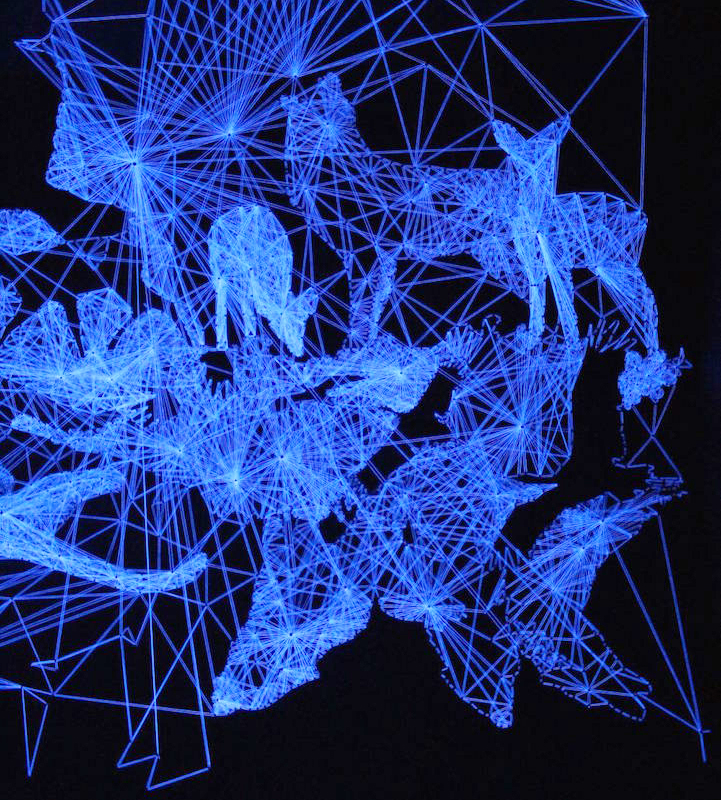 "Imagine raising children in a culture in which gratitude is the first priority. Freida Jacques works at the Onondaga Nation School. She is a clan-mother, the school-community liaison, and a generous teacher. She explains to me that the Thanksgiving Address embodies the Onondaga relationship to the world. Each part of Creation is thanked in turn for fulfilling its Creator-given duty to others. 'It reminds you every day that you have enough,' she says. 'More than enough. Everything needed to sustain life is already here. When we do this, every day, it leads us to an outlook of contentment and respect for all of Creation.'

"You can't listen to the Thanksgiving Address without feeling wealthy. And, while expressing gratitude seems innocent enough, it is a revolutionary idea. In a consumer society, contentment is a radical proposition. Recognizing abundance rather than scarcity undermines an economy that thrives by creating unmet desires. Gratitude cultivates an ethic of fullness, but the economy needs emptiness. The Thanksgiving Address reminds you that you already have everything you need. Gratitude doesn't send you out shopping to find satisfaction; it comes as a gift rather than a commodity, subverting the foundation of the whole economy. That's good medicine for land and people alike." 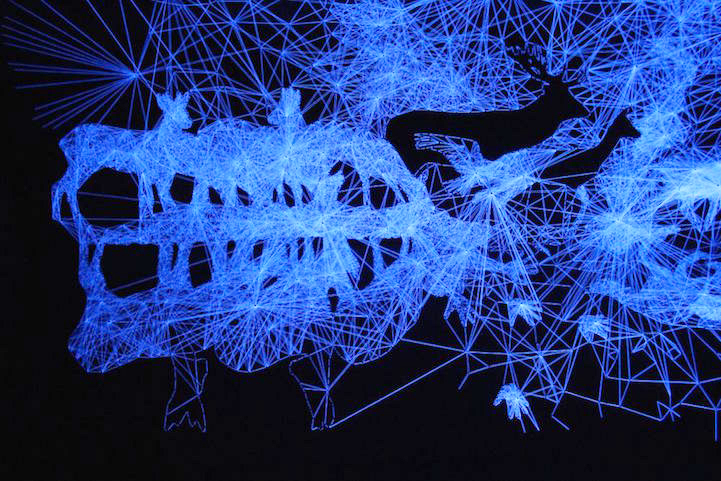 "As Frieda says, 'The Thanksgiving Address is a reminder we cannot hear too often, that we human beings are not in charge of the world, but are subject to the same forces as the rest of life.'

"For me, the cumulative impact of the Pledge of Allegiance, from my time as a schoolgirl to my adulthood, was the cultivation of cynicism and a sense of the nation's hypocrisy -- not the pride it was mean to instill. As I grew to understand the gifts of the earth, I couldn't understand how 'love of country' could omit recognition of the actual country itself. The only promise it requires is to a flag. What of the promises to each other and to the land?

"What would it be like to be raised on gratitude, to speak to the natural world as a member of a democracy of species, to raise a pledge of interdependence? No declarations of political loyalty are required, just a response to a repeated question, 'Can we agree to be grateful for all that is given?' In the Thanksgiving Address, I hear respect toward all our nonhuman relatives, not one political entity, but all of life." 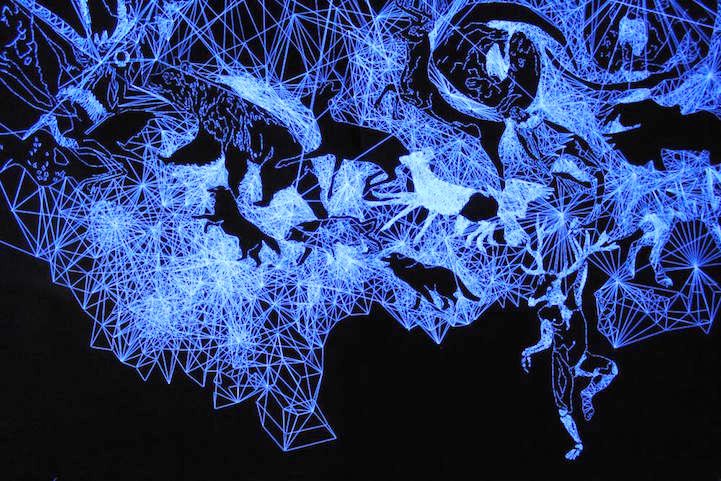 "Cultures of gratitude must also be cultures of reciprocity. Each person, human or no, is bound to every other in a reciprocal relationship. Just as all beings have a duty to me, I have a duty to them. If an animal gives his life to feed me, I am in turn bound to support its life. If I receive a stream's gift of pure water, then I am responsible for returning the gift in kind. An integral part of a human's education is to know those duties and how to perform them.

"The Thanksgiving Address reminds us that duties and gifts are two sides of the same coin. Eagles were given the gift of far sight, so it is their duty to watch over us. Rain fulfills its duty as it falls, because it was given the gift of sustaining life. What is the duty of humans? If gifts and responsibilities are one, then asking, 'What is our responsibility?' is the same as asking 'What is our gift?' It is said that only humans have the capacity of gratitude. That is one of our gifts." 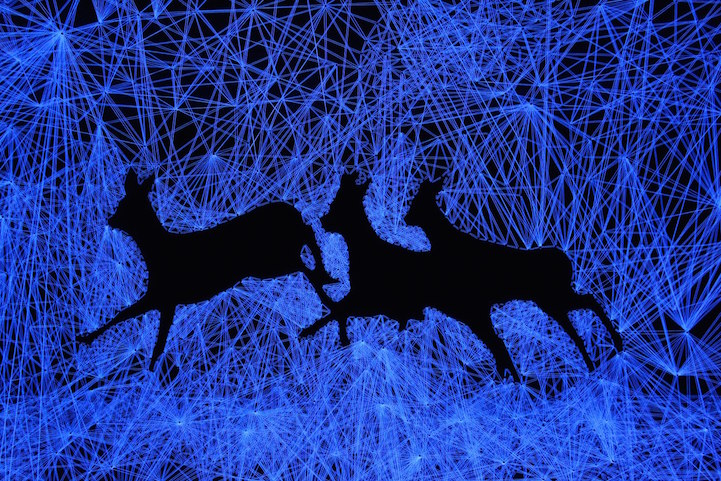 The luminous works of art picture here are from the Stellar Cave series by Julien Salaud, an installation artist from Orléans, France. Each piece, explains Jenny Zhang (on My Modern Met), "is made of cotton thread that is coated in ultraviolet paint, woven into the shapes of stunning creatures, and held down with thousands of nails to form a glowing tapestry that transforms the room into an intergalactic grotto." 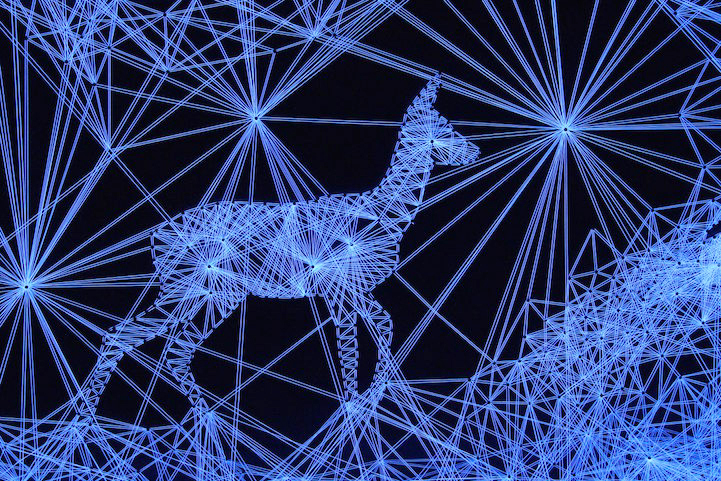 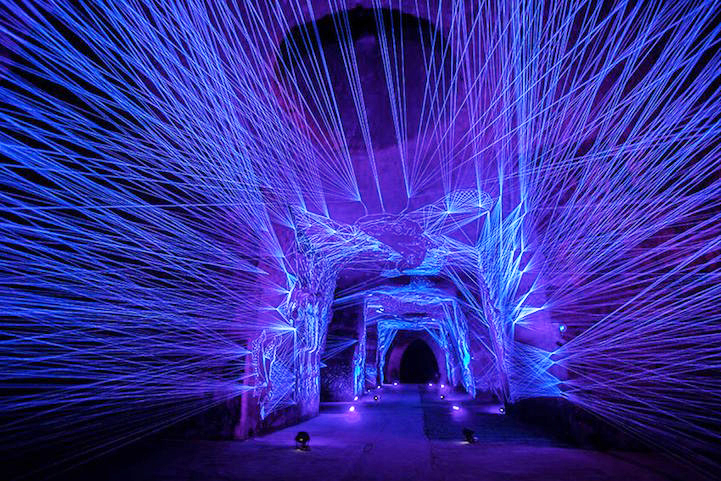 Many thanks to Gwenda Bond and Ellen Kushner for introducing me to Julien Salaud's stunning work.

What extraordinary art! I'd love to see it in person, it must be utterly magical.And beautiful words from RW Kimmerer to match.

Synchronicity strikes -- I was admiring those very same art works just yesterday (on the amazing This Is Colossal art site). They are stunning.

I have a small notebook on my nightstand which I call the Book of Gratitudes. Every night before going to sleep, I note the date and then write down what I'm grateful for, borrowing a style from a children's book author, Michael Hoeye ("Time Stops for No Mouse") in which his main character writes, "Thank you for a beautiful day" and similar thoughts. The first thing I always write is, "Thank you for Truman" (my dog).

Looking back through the entries, it is abundantly clear that 90% of more of my gratitude is expressed towards nature, birds, sunny days, walks with friends, gardens...not exactly what our consumer culture would like me to focus on, and absolutely what I cherish.

What a lovely idea, Alexandra. I think "thank you for my dog" would be the first thing on my list too -- and my husband won't mind my saying that, because he's the same.

Beautiful post! Thank you. I also have a journal where I record a line or two of simple gratitude each day. I find it incredibly helpful & meaningful.

We don't pray before meals in our home, but, on occasion, we use toasts in a similar way. A toast to the earth that gave us this food, to the work that helped us buy it, to each other. This post makes me want to make that a more regular ritual. Thanks again.

Thank you for a wonderful post.
Coincidentally, I'm back to Whitman poetry and just yesterday I was reading Leaves of Grass - A song of the rolling Earth...
It's impossible don't feel grateful before these magical and inspiring connections.
:)

"And, while expressing gratitude seems innocent enough, it is a revolutionary idea. In a consumer society, contentment is a radical proposition. Recognizing abundance rather than scarcity undermines an economy that thrives by creating unmet desires. Gratitude cultivates an ethic of fullness, but the economy needs emptiness. The Thanksgiving Address reminds you that you already have everything you need. Gratitude doesn't send you out shopping to find satisfaction; it comes as a gift rather than a commodity, subverting the foundation of the whole economy. That's good medicine for land and people alike."

Wise, wise words! I will remember them and look at life a little differently as a result. This book is now on my list to read, thankyou. So many good things I've discovered here.

I used to do something similar years ago and under the pressures of young motherhood, with less time to call my own, I fell out of the practice. I think it's time to go back to it. Thank you for the inspiration.

Truman is a great name for a dog, by the way. Ours are named after Sponge Bob characters - which is unfortunately what happens when you rashly promise small boys - as they were at that time - that they can name the new puppies. What were we thinking??? The names are too ridiculous to even share here, but when we're alone with them we use my husband's nicknames for them, Fred and Ethel. I'm certain they secretly prefer it.

Lovely post once again. Thank you for this food for the soul.

Oh, that's not so far from me... Very interesting. (My husband is an eighth Akwesasne Mohawk--those challenging people who would not join the Iroquois / Haudenosaunee confederation. It's the sort of thing one can use for gain in the states, though he never has. But now and then a native American recognizes his background and asks him about his lineage.)

I am addicted to This is Colossal and loved those faux cave images!