On becoming a writer
Living for excellence 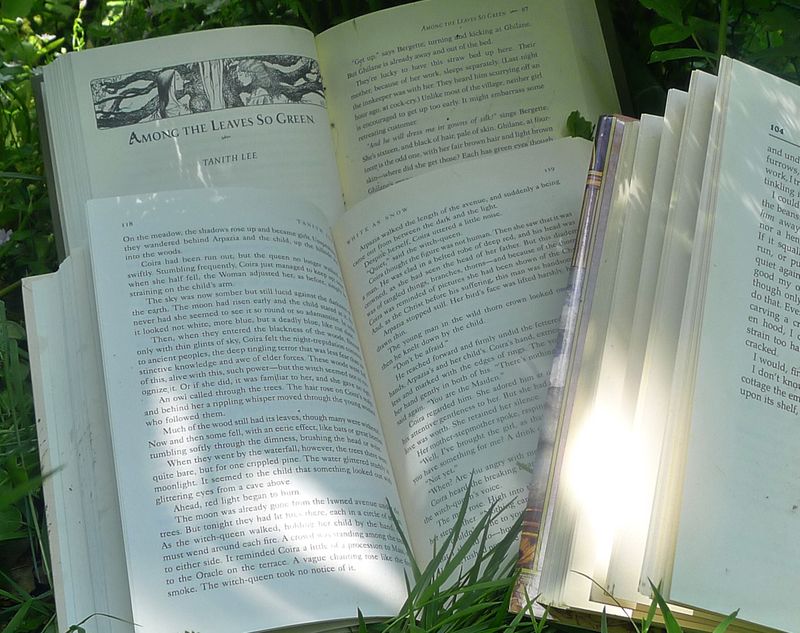 The news today is that Tanith Lee has died, after many years of struggling with an illness -- and I'd like to take a pause to mark the passing of a giant in our field. Her numerous books, stories, and 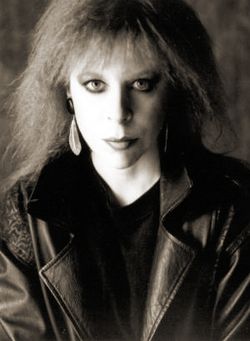 poems often defied easy categorization (in the days when genre-bending works were less acceptable than now), delighting some critics and confounding others by the sheer range of subjects, styles, and voices she claimed for her own. Her novels (over 90 of them in all) include fantasy for children, teens, and adults (as well as sf & horror); she is also the author of fairy-tale-inspired stories (published in Red as Blood and elsewhere) that sit alongside Angela Carter's as a major force in the modern revival of adult fairy tale literature. Her readership had fallen in recent years, which seems an unjust end to the career of a woman who blazed the trails that so many younger writers are following still. She was a brilliant, original, sensual, maddening and wonderful writer -- and so flamboyantly iconoclastic that all of my best stories about working with her are ones I can never tell in public. I'm too stunned by the news to say much more now, but please go here to read Roz Kaveney's beautiful poem "For Tanith," and here for Storm Constantine's post about the generosity she extended to younger colleagues.

"It has to be said that many reports I’d been given about Tanith over the years painted her as a ‘difficult’ author," writes Storm. "This was from editors who’d worked with her. She was regarded as rather fearsome."

I didn't find her fearsome. Stubborn, yes, occasionally exasperating, and always quirky as hell...but mostly when I worked with Tanith we laughed a lot. I can't believe I'll never hear her voice again, except on the printed page.

"Though we come and go, and pass into the shadows, where we leave behind us stories told -- on paper, on the wings of butterflies, on the wind, on the hearts of others -- there we are remembered, there we work magic and great change -- passing on the fire like a torch -- forever and forever. Till the sky falls, and all things are flawless and need no words at all."   - Tanith Lee (1947 -2105) in Fairy tales, Fantasy literature, Those who leave us | Permalink | Comments (19)

So sorry for your loss, Terry.

Oh how sad! Her loss will be very much felt.

The whole field's loss, really. And a loss for every reader who loves her books.

Very sad news. Her fairy tale retellings were my favorites, and I have read them many times. Her retellings of Cinderella and Little Red Riding Hood were so completely outrageous, gorgeously visual, and delightfully destructive. She has had a very big influence on me and my art.

Very sad to hear this! I'm currently reading The Green Man and hers is the next story in the book. I'll read it with different eyes now, having heard this news.

And so soon on the heels of Graham Joyce's death.... We're losing some of our very best.

I don't know her work but clearly I should. The best tribute I can give her is to seek it out. Where should I start?

Although my work (both fiction and nonfiction) has been published over the years, it was a quote (from a discussion) used in the introduction to Tanith Lee's "White as Snow" that I've cherished most in my career. (The book is on a shelf with other favorites of mine.) Lee's work is gorgeous and rich. She is at the top with other leading ladies who I turn to, time and time again, when I need my creative well refilled. She will be greatly missed.

So used to having our creatives around as touchstones, I am caught in surprise every time, as if I think we will live forever because we make art and words and music. Truly, spurs me to hurry up and make more, in case tomorrow is my day to die.
And when I hear that someone is flamboyantly herself--Tanith, or quietly himself--Graham, I feel such satisfaction amidst the mourning.

She was so remarkable. She covered every niche of the unusual, fairy tales, dark tales. dark red dripping
gritty tales, humor....She was a seeker and finder. From pixy to witch, no darkness or light; her vast
domain.

Oh, Terry, I knew, from reading your collections over the years that you had worked with her. So sorry for your loss. I did not know, but I must say, I've been reading, well rereading, her work all year, and when I heard the news, I was so stunned. Like how could she die. Silly thought, for sure. I loved her work, not all of it worked for me, but she was highly imaginative and one of the best descriptive writers I've ever read. She was New Weird before there was even that label. She gave girls their due. I just read overJack Zipes's wonderful entry for Tanith in The Oxford Companion to Fairy Tales. He gave her over a page!--and adds it up to her love of human desire and her faith in love.

I am so sad, heartbroken, which says a lot of the relationship between writers and readers. I wish I had met her. It would have been a great gift.

Hmm, that's a hard question, because she wrote many different kinds of books, and I don't know your specific literary tastes.

I personally love her short stories best, as I'm a big fan of short fiction (obviously) and she's a master of the form. Her now-classic collection of re-told fairy tales, Red as Blood, is terrific, as is Forests of the Night.

It's odd, isn't it, how hard the deaths of writers we know only through their prose can hit us.

Losing Robert Holdstock, Graham Joyce, and now Tanith is personally tough because, in addition to loving their books, I knew and worked with them and was enormously fond of them all. (And they left us way too soon.) But there are writers I don't know whose deaths have also floored me. Angela Carter was one of them. When she died, back in 1992, I felt like the bottom had fallen out of my world...and yet she wouldn't have known me from Adam.

Oh my! I am sorry to hear this! I have an old paperback of Gold Unicorn which I break out and read every now and then, because it is just so much fun, and I love the mousp and the peeve. This is a loss.

I, too was schocked at 2 am in the morning yesterday to to read of Tanith Lee's passing. I have been reading her books for over twenty years and still have several of her books. It is a great loss indeed and I felt very sad. I met her once at a writing festival. I am sure she inspired many writers as she did me. Vale Tanith Lee.

Thank you, Terri. I like short stories - and I realise now that I actually have read some of Tanith Lee's fiction, because she's in a bunch of your anthologies, I just hadn't twigged that that was her. I'm off to track down the two books you recommend and improve my knowledge of her work. After reading the tributes to her, it's clear she was an important Foremother of the fantasy field and such women shouldn't be forgotten by my generation.

I'm going to order Wolf Queen too - can't resist the title - and White As Snow. That's my next month's reading sorted.

So sad to read this just now, having been offline for a few days. I first encountered her work (and yours!) in Snow White, Blood Red many years ago and have always thought of her as a British Anne Rice, which probably diminishes both writers. Sad, sad.