Where dreams are born
Tunes for a Monday Morning 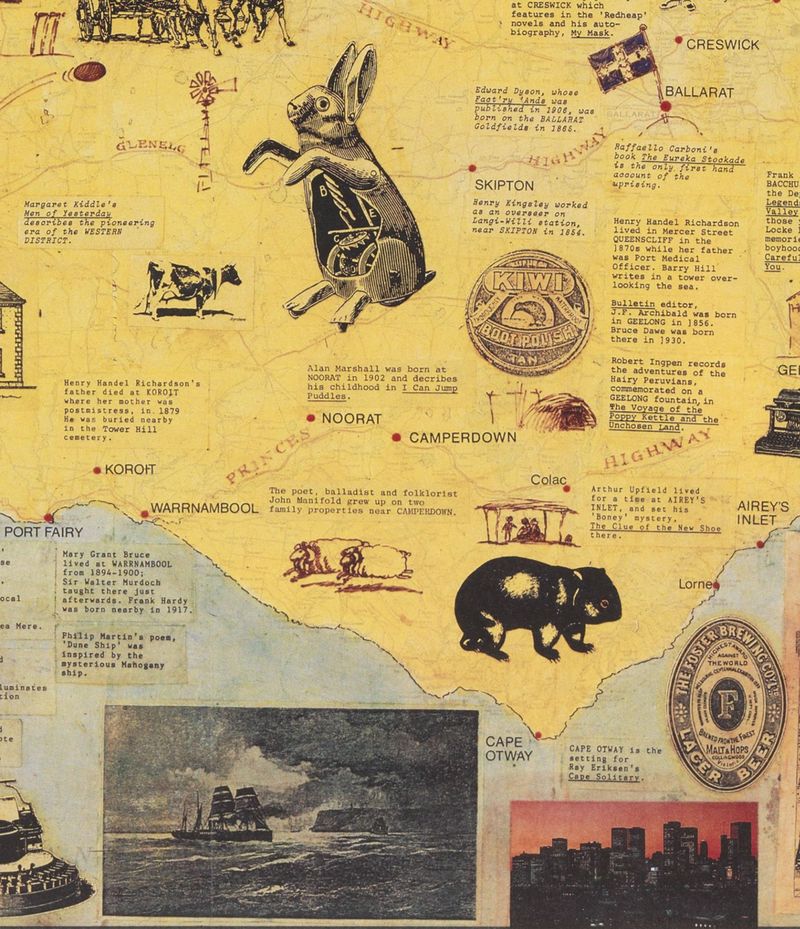 We human beings are clannish and tribal by nature (as are many other animal species, of course), and in our creation of families and communities that can be a beautiful thing, but our compulsion for drawing boundaries and rigorously patrolling them too often goes a step too far. We see this everywhere, played out on large stages and small, from the geo-political borders of the current refugee crisis, causing anguish for so many, to the painful social borders of our teenage years, separating the cool kids from the losers, the jocks from the nerds, the rich from the poor, the tribe from the Other in a thousand different ways.

In Wednesday's post, Scott Russell Sanders reminded us that fighting for diversity in our social endeavors is not unrelated to conserving the exuberant diversity of the natural world; while on Tuesday, Rob Cowen spoke out for the beauty and vitality of edge-lands and borderlands, where two worlds come together, where the lines between us and the Other blur -- whatever that Other may be.

In the publishing industry, we have a small-stage example of borderlines and border controls, for not only are books categorized and segregated into genres, but those genres are then formed into a class system, with certain works of "serious" literature penned by canonical authors at the very top and other forms of fiction -- "chick lit" or romance, for example -- ranked near the bottom. And woe betide the author who steps outside of his or her class...er, I mean genre. 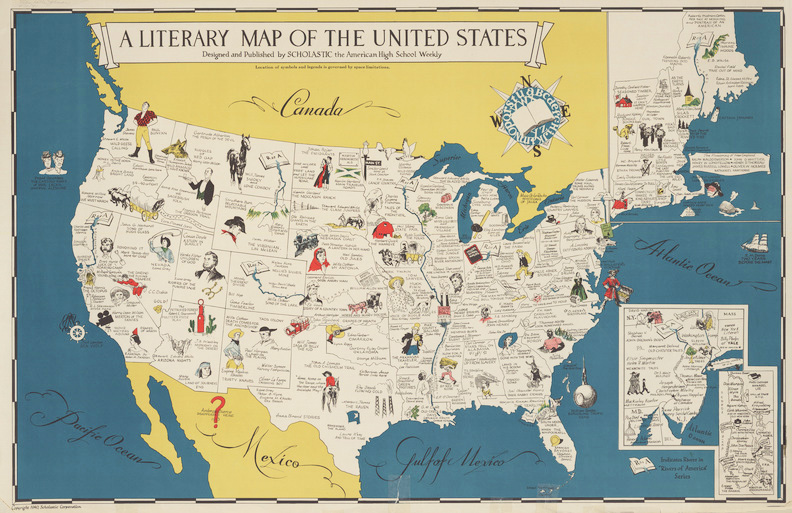 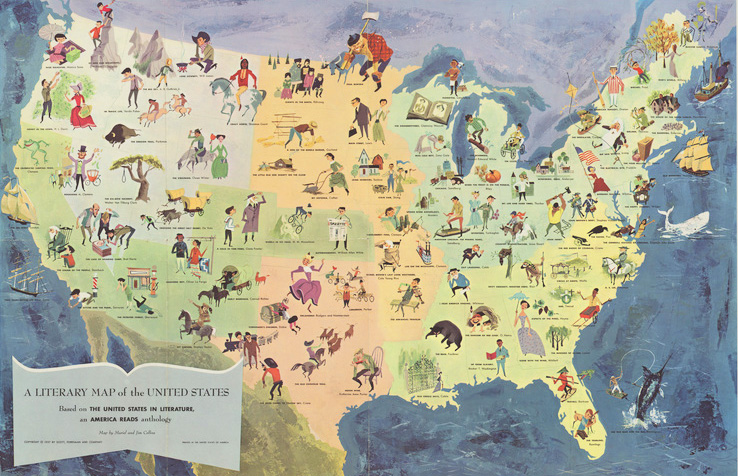 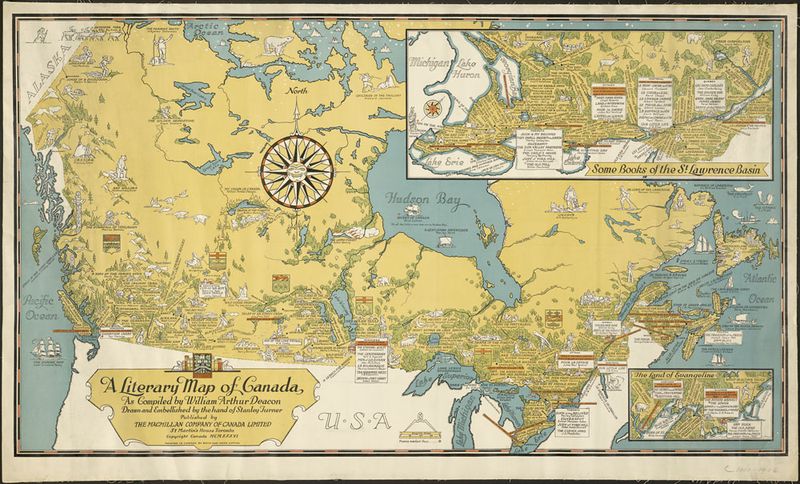 This is not to say there is no value in categorization, as linguist Eve Sweetser pointed out in an essay* for the Interstitial Arts Foundation:

"Scholars across various schools...agree that the human neural system is a categorization system," writes Sweetser. "It’s evolved to take in stimuli and group them according to similarities and differences that have proven useful to human animals and their ancestors. If we didn’t constantly categorize new stimuli relative to our extant category system, we’d be back to the condition of a newborn -- most things would be 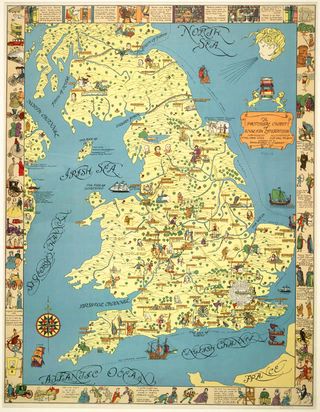 brand-new every, time and we’d have to start over with identifying every new entity we encounter. It’s categorization -- and I mean routinized, established, unconscious categorization -- which lets us know that a chair is a chair, a floor is a floor, a book is a book, so that we can get on with life instead of needing to grab (and probably lick) every new object to see what it’s like.

"The same is true of art and literature. If I didn’t have genre expectations -- and general expectations based on previously encountered texts -- I would not be a sophisticated reader, able to notice intertextuality, enjoy creativity, differentiate expected from unexpected elements, and helpfully fill in background from traditional expectations about a genre. Caroline Stevermer once told me that male readers of her novel Sorcery and Cecelia [an epistolary novel that borrows from fantasy literature and Regency romance] (co-written with Patricia Wrede), expressed enjoyment of the book’s wit and humor -- but puzzlement over the fact that the authors made it so obvious, so soon, who was going to marry whom. To female readers, more familiar with the romance genre, the obviousness of Wrede and Stevermer’s heroes as matches for the heroines was part of the spoof on that genre. When you see the tall, dark, fascinating but arrogant guy, and sparks flying between him and the heroine, the ending should be predictable. If we didn’t have entrenched categories, we’d have nothing to play with, nothing to play off. It would all be starting over again, every time." 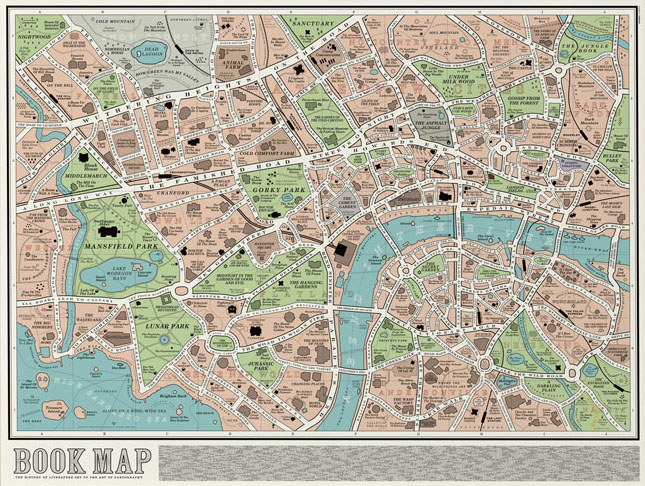 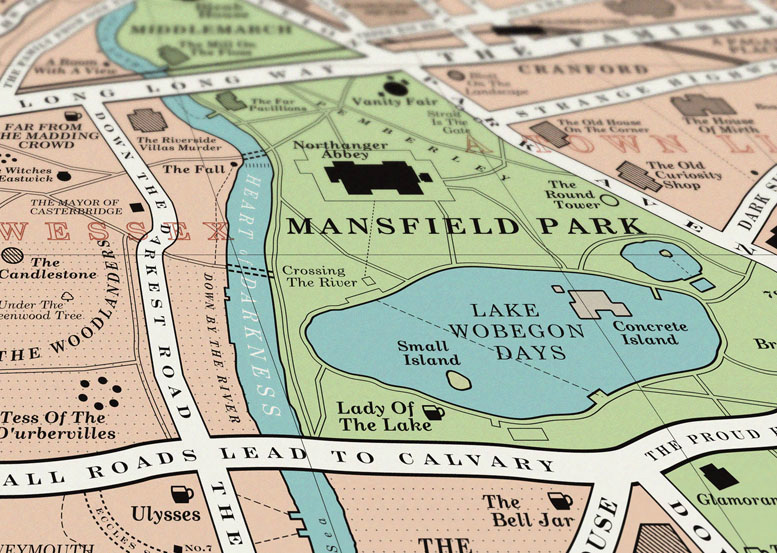 The problem, of course, is not the genre boundary per se, but when those boundary walls are so rigidly enforced that crossing over them is difficult or impossible: when, for example, writers working in children's or genre fiction are routinely passed over for literary prizes, grants, and fellowships, no matter how good or ground-breaking their books may be; or when a mainstream writer attempts to work in a genre of lower status and is viewed as slumming.

This is changing, thank heavens. I no longer dread being asked what I write at literary events; the word "fantasy" no longer provokes an awkward silence and immediate dismissal as an artist of any worth. (To be perfectly honest, this does still happen, but not each and every time, and I count that progress.) Millions of readers have embraced books by Ursula Le Guin and Phillip Pullman (among others) without becoming social pariahs, or somehow incapable of reading A.S. Byatt as well. And, best of all, a new generation of writers has grown perfectly comfortable with slipping back and forth among genres, or dwelling in the wild borderlands between them, creating works that gleefully defy expectations and easy categorization.** 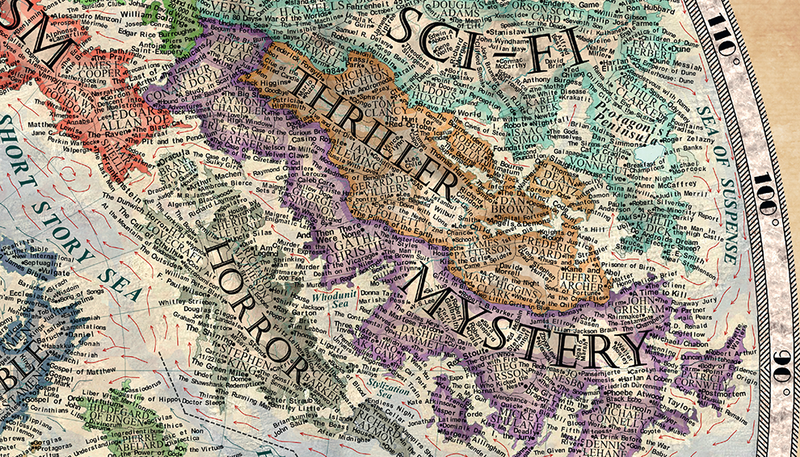 Writer and academic Theodora Goss wrote the following piece on literary borders for the Interstitial Arts Foundation, and has kindly given me permission to reprint it here: 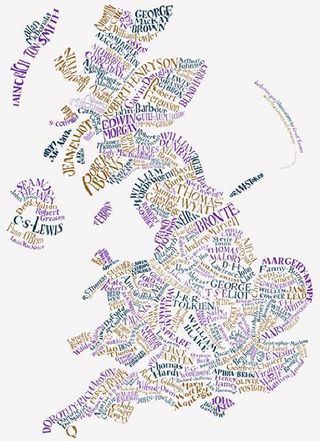 When I was a child growing up in America, I liked to read books with maps: The Wind in the Willows, The Chronicles of Narnia, The Hobbit. These books were contiguous countries. By putting down one and picking up another, I could cross from the River Bank to Middle Earth. I did not know there were borders. No weasel asked for my travel papers, no orc searched my luggage. In literature, at least, you could travel freely.

Later, as a student studying literature, I was told there were borders indeed: national (English, American, colonial), temporal (Romantic, Victorian, Modern), generic (fantastic, realistic). Some countries (the novel) you could travel to readily. The drinking water was safe, no immunizations were required. For some countries (the gothic), there was a travel advisory. The hotels were not up to standard; the trains would not run on time. Some countries (the romance) one did not visit except as an anthropologist, to observe the strange behavior of its inhabitants. 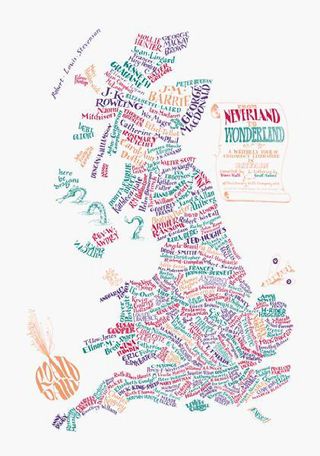 And there were border guards (although they were called professors), to examine your travel papers as carefully as a man in an olive uniform with a red star on his cap. They could not stop you from crossing the border, but they would tell you what had been left out of your luggage, what was superfluous. Why the journey was a terrible idea in the first place.

My problem is not with borders, although they are often badly drawn, so that villages within sight of each other, whose inhabitants have intermarried for generations, are assigned to different countries, or Jane Austen, who acknowledged the influence of Ann Radcliffe, is placed in a different tradition.

My problem is with the guards who say, "You cannot cross the border." Because when borders are closed, those on either side experience immobility and claustrophobia, and those who cross them (illegally, by night) suffer incalculable loss.

My aunt has a diplomatic passport. When she crosses the border, she need not wait in line. Her luggage is never searched.

May we all, in life as in literature, be accorded a similar status. 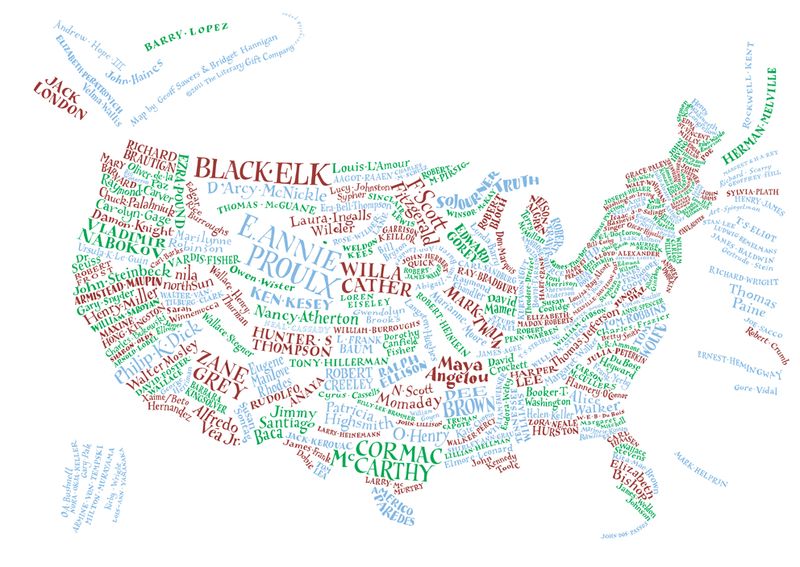 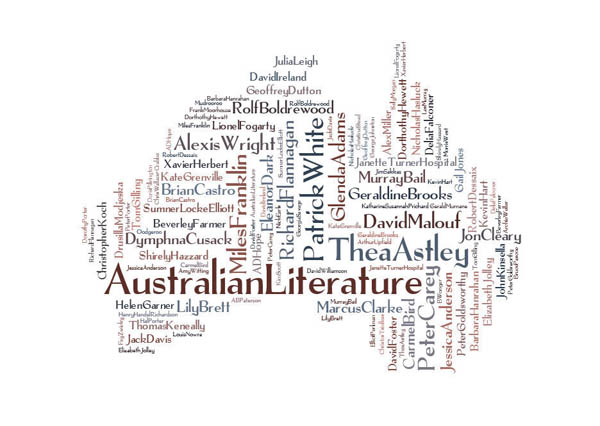 I'd like to conclude today with a passage from an essay* by Jeff VanderMeer pointing out how life itself can be interstitial, "filled with juxtaposed moments that remind us of just how strange and wonderful and full of contradiction the world can be," when we value the borderlands themselves and not just the places that our boundaries divide.

"We talk of borders and interstices, corridors and edges," he writes. "It seems to me that the very act of creating, whether it’s music or fiction or painting, sculptures or performances, is by definition to stand upon the edge, offering the world something that we’ve seen or heard on the other side. Presenting it, we become the bridge, mirror, threshold, messenger: We elect to become the in-between. " 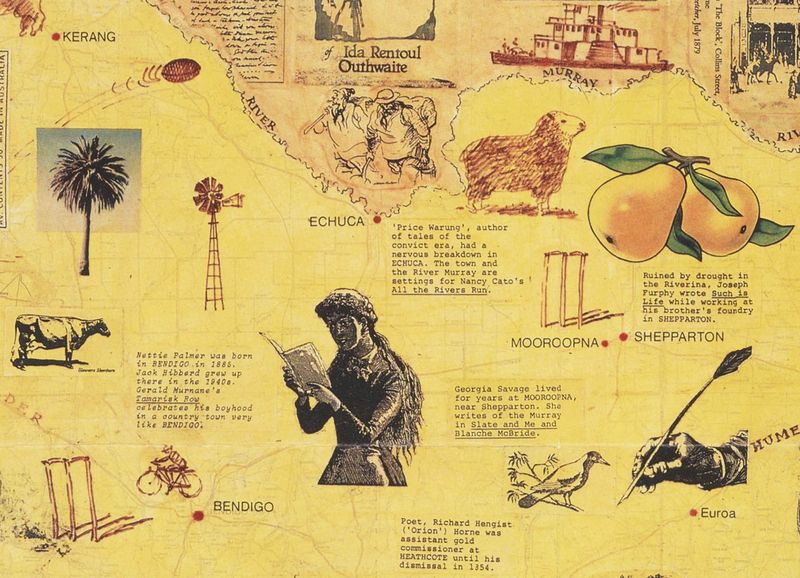 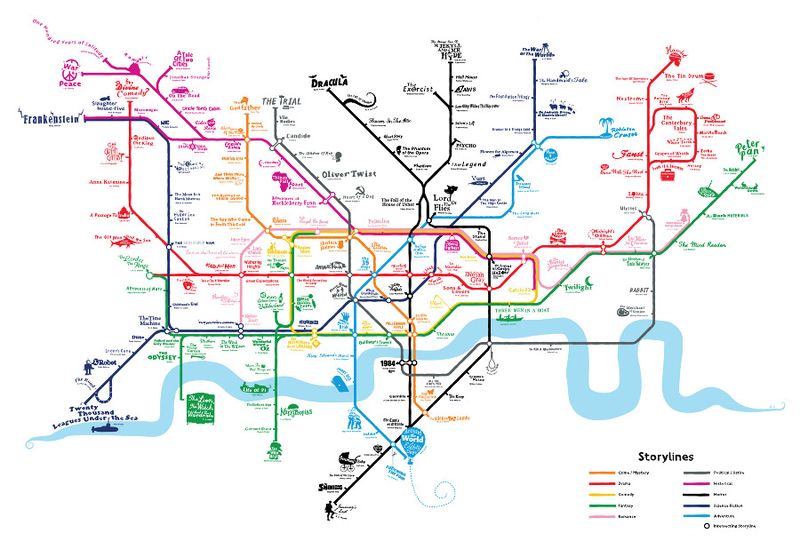 * Alas, these essays, originally published online by the Interstital Arts Foundation, are no longer available to read in full.

The titles of the maps pictured here can be found in the picture captions, along with artist credits. If you're a fan of maps, I recommend the Bodleian Map Room blog, and the Literary Maps exhibition on the University of Michigan Library site. Next week on Myth & Moor: more on borders, edge-lands, and the folklore of the in-between.

This reminds me so of my first year as an art student... My professor asked if I visited any exhibitions lately and I said, without much thinking, yes, one about symbolism. He held his nose very high and said, we don't do this any more. Of course I did, twice, but kept my mouth shut.

The academic folklore says, art students are free to do whatever they want to do. I never met a bunch of people more prejudiced and narrow-minded than there and doing whatever you felt like doing was only possible according to predominant orthodoxy.

Such a waste of time.

Charles Vess wrote a good piece about precisely this subject:

I avoided being brainwashed by choosing a marginal technique (so marginal that I was the last one still using it in our department) and not showing up in class. I showed up for the final exams, though, and they let me pass to fulfill their outdated exotics quota, I guess.

I love this discussion of literary borders...and the maps, especially those old ones! Very glad the border theme will continue next week and look forward to seeing where it goes next.

Recently, I created a Star map of some women in genre fiction> I call it
the "Genre Sector"

borders, maps, edges, ecotones, those places of abundance and fascination are where i want to travel; though often the path is invisible, making your way through is full of wonder. it's always the ecotone for me.