On illness, 4: Emerging from the Forest
Myth & Moor update

The beauty of folk music, for me, is that it has one foot in the past and one foot in the present, as each generation takes up its traditions and crafts something fresh, something old and new all at once. This week's tunes are all new releases from contemporary folk musicians here in the UK.

Above, the title track from Stone's Throw, a new album by Rachel Taylor-Beales (based in Cardiff, Wales) containing her deeply folkloric song-cycle, "Lament Of The Selkie." 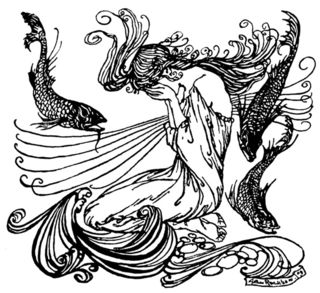 "I’d been exploring the character and persona of Selkie," she says, "a shape-shifting seal-woman re-imagined from Orkney folklore, as she struggled to live her life on land away from her natural habitat of the ocean. More and more Selkie’s internal turbulence seemed to echo the real life struggles of people, both in the news headlines and that I met personally. These were the stories of refugees and displaced people, far from home with all the loneliness and chaos, grief and loss that comes with enforced migration. In the legends, in order to marry a Selkie woman her sealskin had to be captured while she was in human form, and kept hidden from her lest she find it and take the opportunity to return to her home in the sea. The woman of the legends, taken out of her natural environment, longing for home, misunderstood by those around her that did not understand her culture or her grief and who knew nothing of her life before she lived on land, became synonymous in my mind with these real time stories of refugees of the last few years. The video was filmed by my artist husband, Bill Taylor-Beales, and features Isla Horton, who achingly portrays a displaced mother separated from home and family."

Below, "Hasp" by Stick in the Wheel (based in London), whose new album, From Here, comes out later this month. “We see [traditional] music as part of our culture," says lead singer Nicola Kearey; "we’re not pretending to be chimney sweeps or 17th century dandies. A lot of people are really disconnected from their past, and this is part of what we’re addressing -- getting people to reconnect with it, and realise there are parallels to be drawn from life 100 or 200 years ago. We make this music because we have to.”

"Mother You Will Rue Me" (audio only) by Ange Hardy. She wrote the song for Esteesee, an album based on the life and work of Samuel Taylor Coleridge (1772-1834), featuring Hardy and other folk musicians. On this track, she's joined by folk veteran Steve Knightley, from Show of Hands. 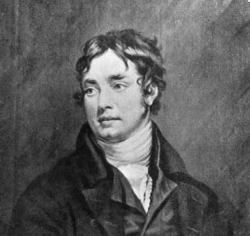 Hardy explained the genesis of the song in a guest post for Folk Radio UK: "When he was 8 years old Coleridge ran away from home following an argument with his older brother Frank in which Coleridge lunged at him with a knife. Having written a number of songs about my own childhood flight from home there was no way I could ignore this episode of Coleridge’s life.

"After lunging at Frank with a knife, Coleridge’s Mother returned to the room, and fearing he’d be flogged Coleridge fled and hid at the bottom of a hill by the river Otter, reading prayers from a shilling book, hiding beneath a thorn bush and watching the calves in the field. The town crier was called in to rally the search party, and knowing full well the whole of the town was looking for him, Coleridge ended up sleeping in that field all night. In later years Coleridge confessed to thinking with 'inward and gloomy satisfaction' how miserable it must have made his Mother. That’s where the tone of the song came from.

"This song is Coleridge lamenting from beneath a thorn bush, in the cold and the damp. Coleridge wrote in one of his letters 'I felt the cold in my sleep, and dreamt that I was pulling the blanket over me, & actually pulled over me a dry thorn bush, which lay on the hill.' "

We return to the theme of refugees in a video released last week by folk singer and songwriter Martha Tilston (from Cornwall), whose fine albums I hope you all know. The song was inspired by the refugee crisis here in Europe, written to raise money for Médecins Sans Frontières.

Speaking of which, there are two book-related sites raising funds for refugees as well, one set up by the Carnegie Medal winning YA writer Patrick Ness, and one by writer & puppeteer Austin Hackney: Writers 4 Refugees. Please help if you can. The fairy tale illustrations above are by Arthur Rackham.

Wonderful, wonderful music, Terri, by musicians I didn't yet know about, except Steve Knightly & lovely Martha Tilston. Ta for that!

This music moves me very, very deeply. The subject of the refugees is one that penetrates with great intensity right to my heart and the heart of the matter. Having seen the desperation of people trying to rush trains and cross the border at Hungary only to be stopped by police, tear gas and other cruelties, is heartbreaking. And then there is the terrible ordeal of leaving behind everything you knew, owned and loved. It is also similar as the perspective points out to the myths of selkies and other animal/human transformations that require readjustment and migration. Thank you for this beautiful and poignant music, the wonderful information and pictures. Here's simply a poem about one of those refugees.

You ran through fields of sunflowers and corn
rustling the dry stalks with nothing
but your light-footed haste. The last of your belongings
thrown near a startled flock of geese.
Now you lean against the green door of a rail car
waiting to board. Razor wire scrawls its signature
along the border; and you reflect on those birds. Like you
they possess only the memory of migration
and a shadow. Yours outlines a slim woman with her hair
loosely tied, a clump of tangled strands
that resembles the roots you saw when pulling
a white flower from the soil in Syria. The plant
wasn't dying but it seemed pointless to leave
beauty dwindling in a garden embalmed with heat
and ruin. You cut the stem and pressed the petals
between pages of your journal. The leather book
fallen to the bottom of the luggage you abandoned.
Your poems written in graphite, and the pencil
cloaked in the lace hem of a slip. Its gold wood bearing
the bitten rhythm of fear.
____________________________________

Hope you and tilly are feeling much better.

got to give love back to the wounded world.
tears.

Good to see you back and posting Terri! I'm really fascinated by stories of selkies, I'm living on the Cornish coast now and the experience of spotting seals is special every time. I would highly recommend the recent animation 'Song of the sea', an exquisitely drawn story of a little selkie girl from the Cartoon Saloon studio!

As we talk about borders in the mythic sense, as a magical place of transition and transformation, I can't help but think of the dark side of borders: the ones we are prevented from crossing, erected to keep us out or in, like the geo-political borders that loom so large in the lives of immigrants and refugees...those fleeing war in Africa and the Middle East; drug and gang violence in Mexico and South America; or poverty, terror, and devastation in too many places the world over; and who's only crime is that of being born on the wrong side of the fence.

In this regard, I am of the priviledged class, being white, English-speaking, educated and employed, yet my own experience of immigration from the U.S. to the U.K. has so deeply traumatized me that I cannot even speak of it here. Thus imagination fails me when I try to envision the experienced of displaced men, women, and children without my cultural privileges who are on the road even as I type this: crossing the desert on the Arizona border, crowded into leaky boats on the Mediterranean, walking down the side of the European highways, praying there's safe haven ahead.

As a country, as a culture, as a species among other species on our ailing planet, we need to do better.

Thank you so much Terri!!

And yes, I am in absolute agreement, We must do better. We cannot forget our humanity or our compassion. These refugees have been traumatized once by the brutality of war, ISIS and other negative forces in their homeland. And then again, they face a perilous sea journey and the hostility, in some cases, of people on the other side of the border who do not want them in their country. It's heart-breaking and I often wonder how these immigrants endure, and persevere. It must be an love for family and an incredible will to survive.

Again, thank you,
My Best
Wendy