"Into the Woods" series, 54: Following the Hare
Tunes for a Monday Morning

Happy Halloween from all of us at Bumblehill 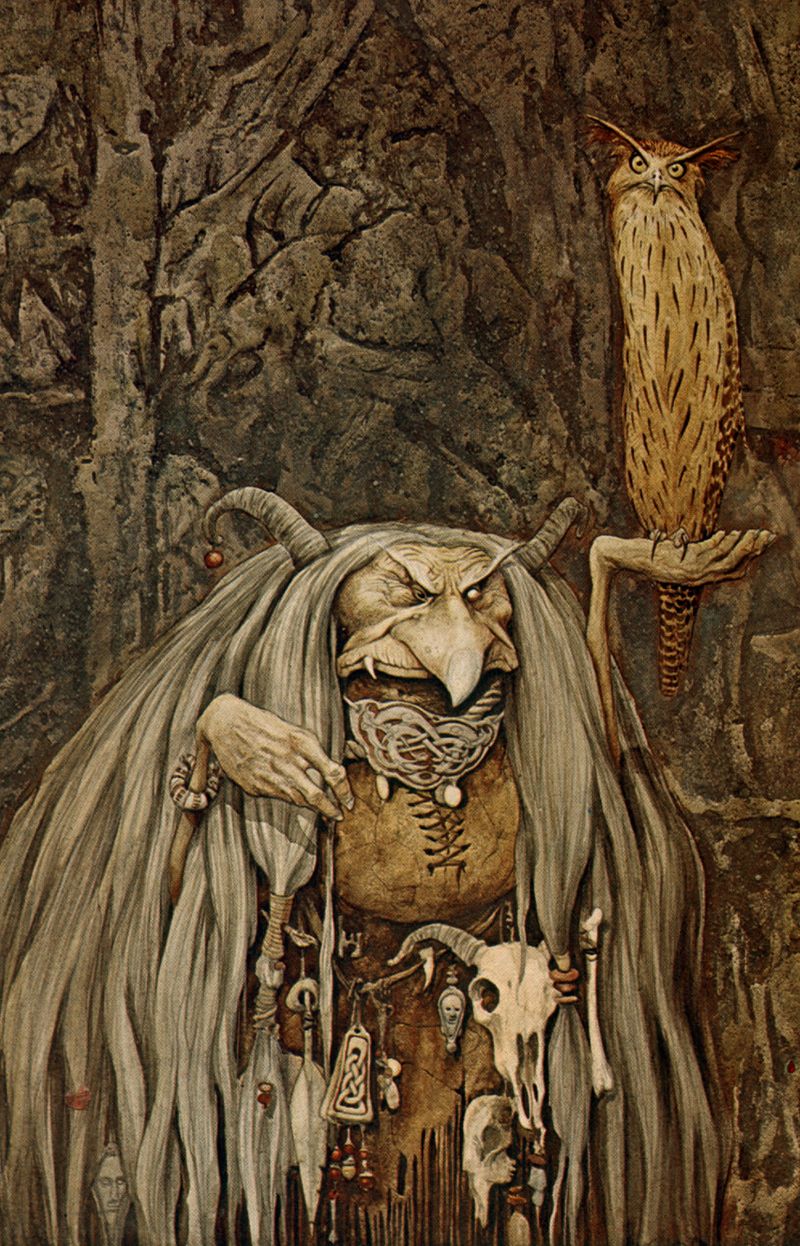 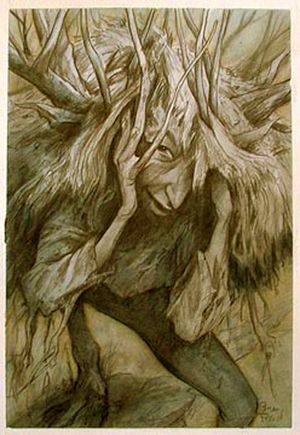 Here's some Halloween reading, in case you missed any of it the first time around:

"At the Death of the Year," the folklore of Halloween, Samhain, and the Days of the Dead

On Tucson's "Day of the Dead," by Stu Jenks

"The Mouse in the House," on elusive mice and Halloweens past

And some Halloween listening: 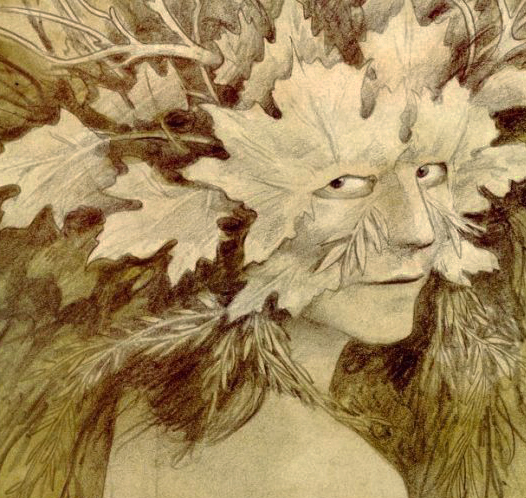 The art above is by my friend & neighbor Brian Froud; the titles are in the picture captions. His most recent books, co-created with writer & sculptor Wendy Froud, are Trolls and Faeries' Tales.

I'm just back from Kilmarnock in Scotland where I gave two talks on the Vikings. Leading large excitable groups in Viking war-cries have done little to improve the horrible cough I've been left with by the virus I've had. (Both myself and Clare sound like a pair of Walruses with delusions of Pavorotti at the moment!)

Interestingly Halloween is celebrated the Friday before October 31st in Kilmarnock and I was told this might be due to the fact that Friday was traditionally pay-day for the working people of the city. The very knowledgeable librarian who told me this wasn't totally certain if finances was the only reason for this, but she said nobody has suggested another explanation. I wonder if it has some deeper, much older and less mundane reason. Perhaps something to do with local Gods and their traditions?

Changing the subject slightly...last Halloween I told how I'd been playing with one of my black cats at the bottom of the garden in the deep shadows of the gloaming. But then when I went back to the house the cats were both sitting comfortably in the living room. Whatever shadowy creature had been gleefully jumping out at me before I chased it around the apple trees, (until the situation was then reversed and it chased me) it wasn't one of the cats...and I suspect it wasn't anybody else's cat either. Tonight I shall go down to the shadowy part of the garden again and see who's waiting to play!

P.S. Jack our appropriately black cat, is in a very Halloween mood today. I've just taken Clare a morning cup of coffee in bed and Jack followed me. He then dived under the covers and spent the next few minutes hunting Clare's feet, accompanied by wild screeches (on Clare's part) as he found his quarry. The evil glee of a hunting cat is something to behold!

"Interestingly Halloween is celebrated the Friday before October 31st in Kilmarnock"...This might be because the Celtic day began at sundown, so the eve of Samhain would actually be October 30 on our calendar and Samhain itself - not Oiche Samhain or Hallows Eve - would begin at sundown on October 31.

Thank you for sharing. I love the Froud's art and commentary as well as your own. Guess I need to pull out the faerie oracle deck today. Blessed Samhain

I would have loved to hear those Viking war cries!

Happy Halloween to you and yours, Terri!

well, the jack o lanterns are carved and lit, blinking away its mean eyes and sharpened teeth by the front door while Gummi trolls and chocolate treats sit in a bowl there too, waiting for the ghosts, goblins, and cinderellas. It's the witching hour here in southern Tennessee!
Boo!

I wish the mouse who has been scampering across my sofa and kitchen counters all night would be just a bit more elusive! Happy Hallows dear one.

What did you see Samhain evening? :)

How cool that he uses neighbors as models...this is the first time I've heard such about Mr. Froud's work. What a way to be immortalized! Samhain Blessings (belated) to you all!

unfortunately nothing unusual. Just blackbirds 'tuffing' in the branches and leaves drifting down from the ash trees that hang over the back fence. That's the trouble with spooky stuff, there are no guarantees.

Here's another one of a village neighbor, artist & acupuncturist Susie Yorke Violette:
http://afanyc.com/wp-content/uploads/2014/09/The-Kings-Knight.jpg

(Brian very kindly gave me the original painting, which hangs in our house.)

Related to all this, my husband Howard recently posed for photographs as the mad Quentin Cottington for a new Cottington book that Brian & Wendy are cooking up. Artist Virginia Lee was Angelica Cottington (the faery squisher) in the same photo session. But I can't tell you anything more than that as details of the book are still under wraps!

Alan Lee also occasionally uses local models. I've never posed for him, but Howard has. He's the heroic figure in this painting (though he was actually holding a broom when he posed, not a sword):
https://upload.wikimedia.org/wikipedia/en/8/85/The_Children_of_Hurin_cover.jpg

Village neighbors also appear in art by David Wyatt (in his brilliant "Local Characters" series), Rex Van Ryn (in his English Magic Tarot deck, due out from a publisher next year --- in which Rima Staines, Andy Letcher, Nomi McLeod and others appear), and the paintings of Susie Violette and Danielle Barlow. The Heron Girl in this one by Danielle, for example, is my god-daughter Ely Todd-Jones:

I hope your Halloween/Samhain was a good one, everyone. We had a goodly number of little ghosts and ghouls at our door this year -- compared to last year, a dreary, drizzly night. Tilly was extremely excited about it all, as if everyone was coming up our path for the express purpose of saying hello to her. (We didn't disabuse her of this.)

There must be more artists per square metre in Chagford than anywhere else in the country!

I guess there's something in the water that makes us all mad and mythic...or maybe mythically mad.

Still, thanks for the update! :)

Wow, thank you so much for sharing all of these links! I am familiar with David Wyatt's work...a few of you from Chagford are well-represented in my home on prints and pillows :), but I was unaware that other Chagford artists do the same at times.
Please let us know when the English Magic tarot is published; I'd really like a deck.

And it must be an honor (honour) to be mythically mad!

How can I describe what the war cries sounded like...? Just think of a huge incontinent rhino with flatulence and you just about have it.

Oh, and the Cottington book too...a heads-up would be appreciated if you hear when it will be published. Enjoyed all the links! :)