Music for a Monday Morning 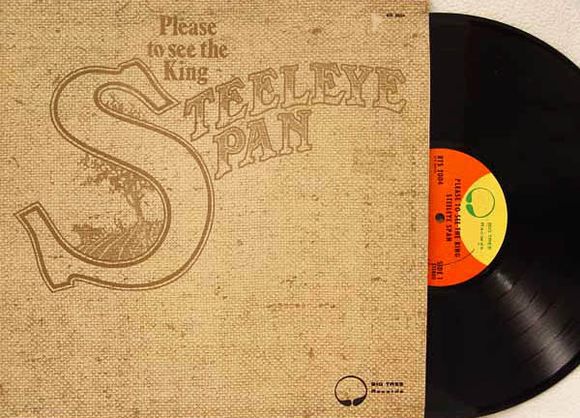 Many years ago in my adolescence in a small industrial city in Pennyslvania, I came across a record in a second-hand shop by a band with the strange name of Steeleye Span. This was in the 1970s: not only pre-Internet, but also before shopping malls and big chain music stores or any other means of easy access to music other than the Top Ten hits of pop radio...so how on earth an English folk album ended up in a charity stop in a rough, declining Pennsylvania steel town I can't even imagine. The record looked interesting and cost almost nothing, so I took it home and gave it a try...and then played it over and over again (probably to the annoyance of everyone else in our crowded little house) while attempting to track down information and other albums by the band. (Again, not easy pre-Internet.)

Pleased to See the King by Steeleye Span was my introduction to folk balladry and the beginning of a life-long love affair with the folk music, lore, and literature of the British Isles...which is not, I think, an uncommon story among fantasy writers, artists, and readers of my generation. So today, here's some lovely music from the band that started it all off for me and for so many us.

Steeleye Span was formed in 1969, continued to perform (with a shifting mix of members) through all the ups and downs of the decades that followed, and is still making music rooted in the folk tradition almost half a century later.

Above: Steeleye Span way back in the early '70s, recorded for a BBC television program. The singers are Maddy Prior and Martin Carthy (oh my gracious, how young they look here!), with Peter Knight on fiddle, Ashley Hutchings on bass, and Tim Hart (1948-2009) on dulcimer. "The Lark in the Morning" is a traditional English folk song collected by Ralph Vaughan Williams in 1904. This version appeared on Pleased to See the King, Steeleye Span's second album, in 1971.

Below: "Cam ye o' frae France,"  a song about the Jacobite Revolution in Scotland in the 18th century. It appeared on the band's fifth album, Parcel of Rogues, in 1973 -- but this performance was filmed at Beck Theatre in Middlesex in 1989. (To read the lyrics, go here.)

The members of Steeleye Span went on to create many other musical projects over the years, such as The King of Elfland's Daughter by Bob Johnson & Peter Knight (1977), inspired by the fantasy novel by Lord Dunsany; Maddy Prior's two Silly Sisters albums in collaboration with June Tabor (1976, 1988); Martin Carthy's The Moral of the Elephant, in collaboration with his daughter Eliza (2014); and Peter Knight's three albums with his folk/jazz trio Gigspanner ... to name just a few, as well as fine solo albums by all of these musicians. Gigspanner has a terrific new album out this year, so the next two songs are theirs.

Above: The wonderfully eerie music video for "Death and the Lady" by Gigspanner, from Layers of Ages (2015). The song is a traditional ballad collected by Francis Collison in 1946, published in The Penguin Book of English Folk Songs by Ralph Vaughan Williams & A.L. Lloyd. The tune is taken from the singing of Norma Waterson (A Dark Light, 2002).

Below:  A powerful video by Perrine Nouvier for "Hard Times of Old England" by Gigspanner. This classic 18th century song has also been recorded by Steeleye Span,  Jon Boden, and Imagined Village (with Billy Bragg), among others...and seems, alas, all too pertinent today under the current UK government. 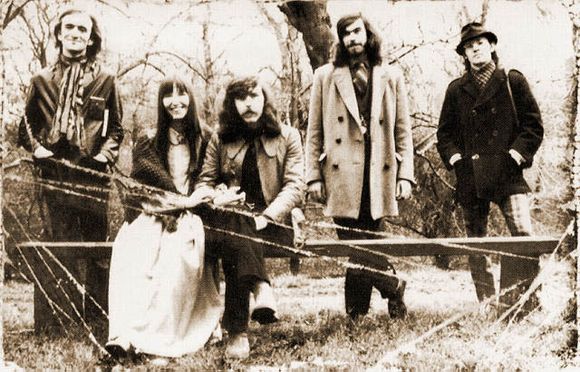 Since that last song was a heart-breaker, let's end today today with a glimmer of light:

Below, a brand new video by Steeleye Span for "Somewhere Along the Road" -- a song written by Rick Kemp and recorded for their latest album, The Essential Steeleye Span (2015). This video warms my heart because it reminds me of winter gatherings around the table with my own circle of friends, toasting the seasons as as the years go by...growing older, greyer, slower, yes, but maybe a little wiser too. And still making art rooted in the folk tradition after all these years. 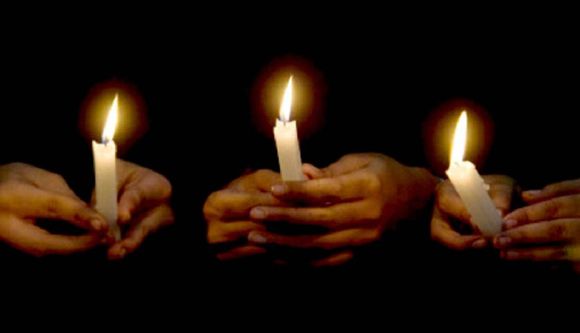 As Charles Vess reminded me recently, Rob Young's  book Electric Eden is a fascinating history of folk and folk-rock music Britain. A previous post on the book is here. 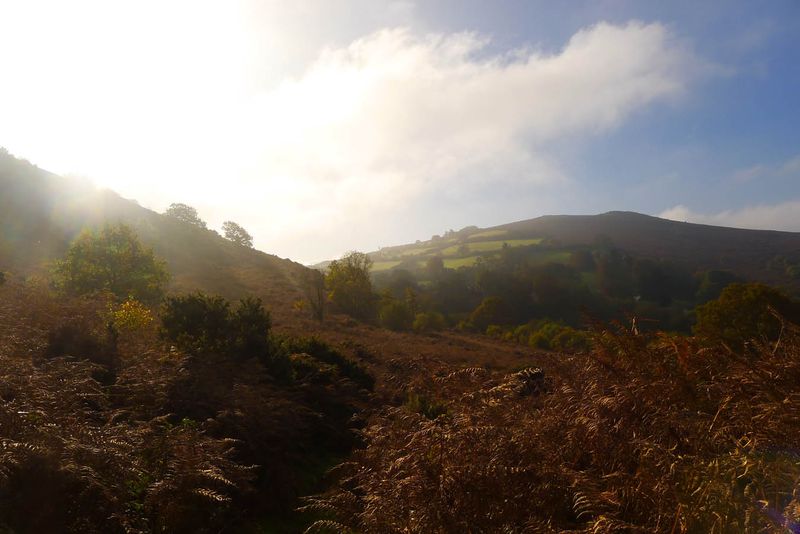 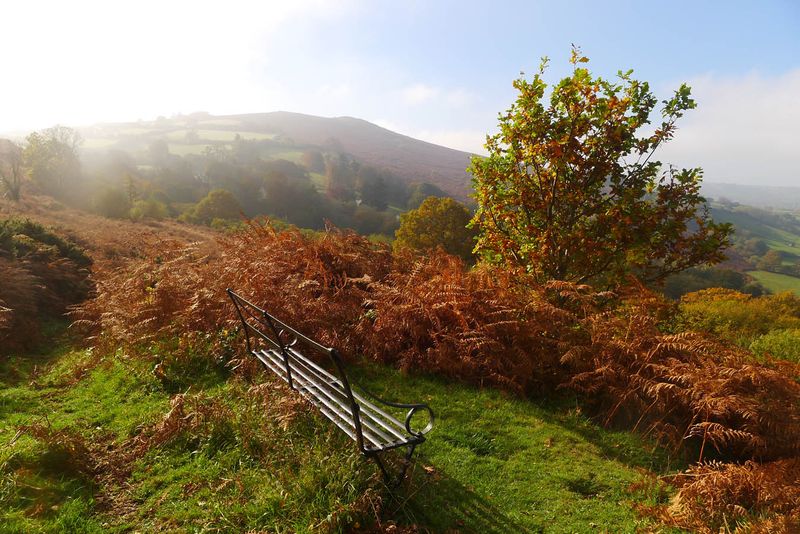 Even illness has its gifts -- and the most precious of them (as I've noted in a previous post) is the time to read, which brings me treasures I might have missed in the busy-ness of ordinary life. Of the books I've devoured during this recent round of illness, there's one I now find myself recommending to just about everyone I know: Big Magic by Elizabeth Gilbert, a guide to creative writing and creative living.

Big Magic is written in a breezy, conversational style, but there is true wisdom underlying Gilbert's deliberately populist approach to the subject of creativity, presented in a generous and open-hearted manner, but also with no punches pulled. Her ideas about inspiration are colored by myth and mysticism, drawing on the Greco-Roman concept of creative genius as a force outside ourselves with whom we collaborate (as we've explored here in posts on the work of Lewis Hyde, among others), so it's not a book I'd recommend to hardcore cynics. I'm assuming, however, that Myth & Moor readers are likely to be open to a bit of myth, magic, and enchantment. If you struggle with your creative work at all (and perhaps even if you don't), please consider giving Gilbert's delightful and insightful book at try. (I should warn you that the book's cover is garishly off-putting, but that's the publisher's doing, not the author's.) 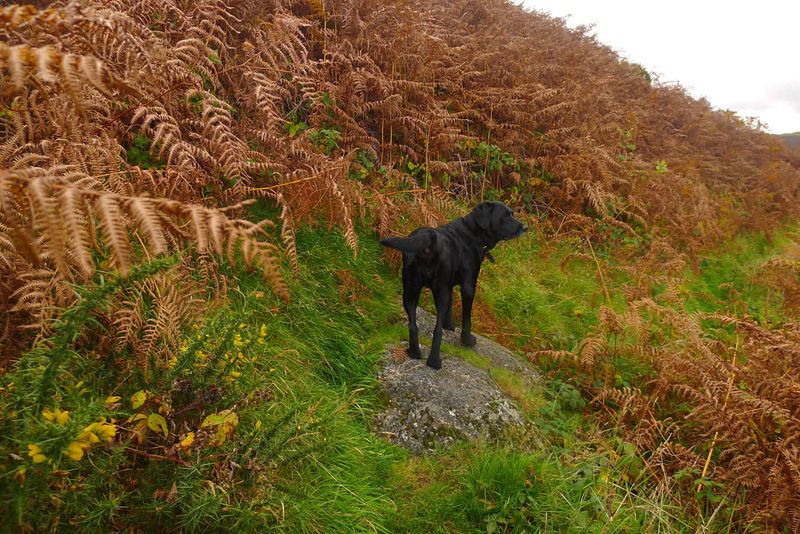 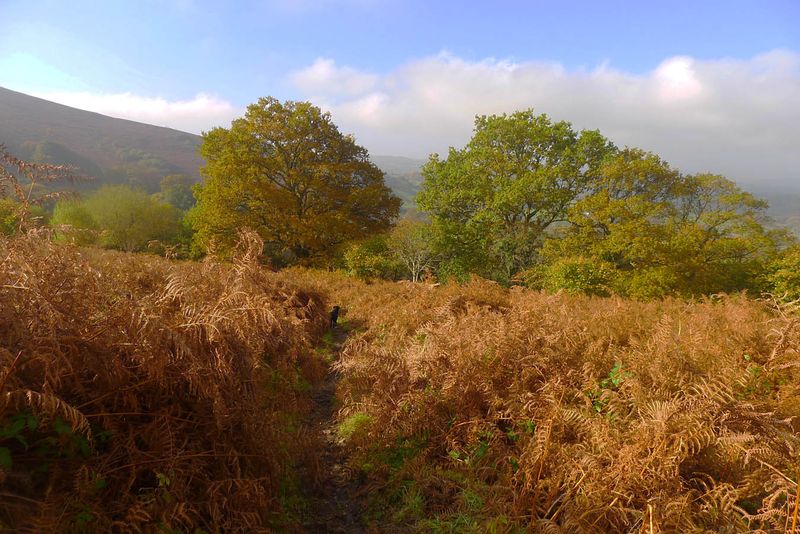 Here's a taste of Big Magic, from a chapter on the concept of "creative permission" (another subject we've talked about here before):

"Look a little further back in your family's history. Look at your grandparents: Odds are pretty good they were makers. No? Not yet? Keep looking back, then. Go back further still. Look at your great-grandparents. Look at your ancestors. Look at the ones who were immigrants, or slaves, or soldiers, or farmers, or sailors, or the original people who watched the ships arrive with strangers on board. Go back far enough and you will find people who were not consumers, people who were not sitting around passively waiting for stuff to happen to them. You will find people who spent their lives making things. This is where you come from. This is where we all come from. 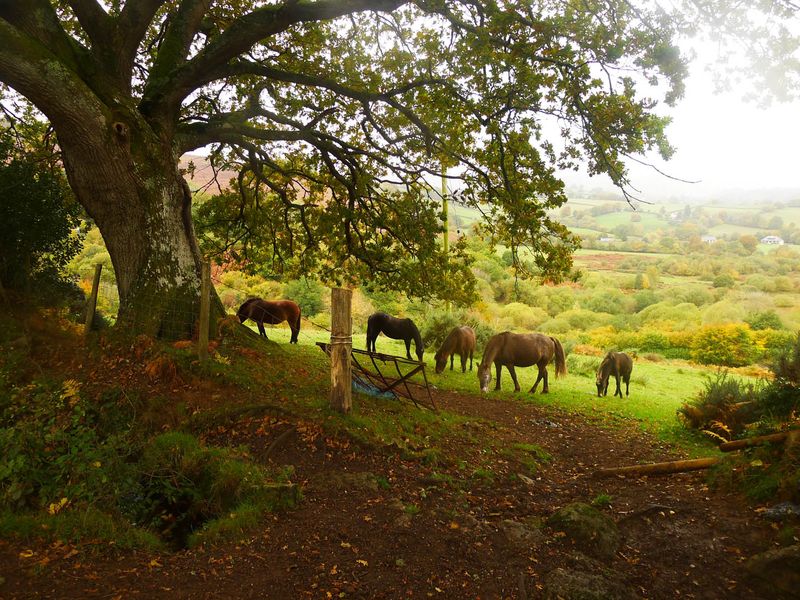 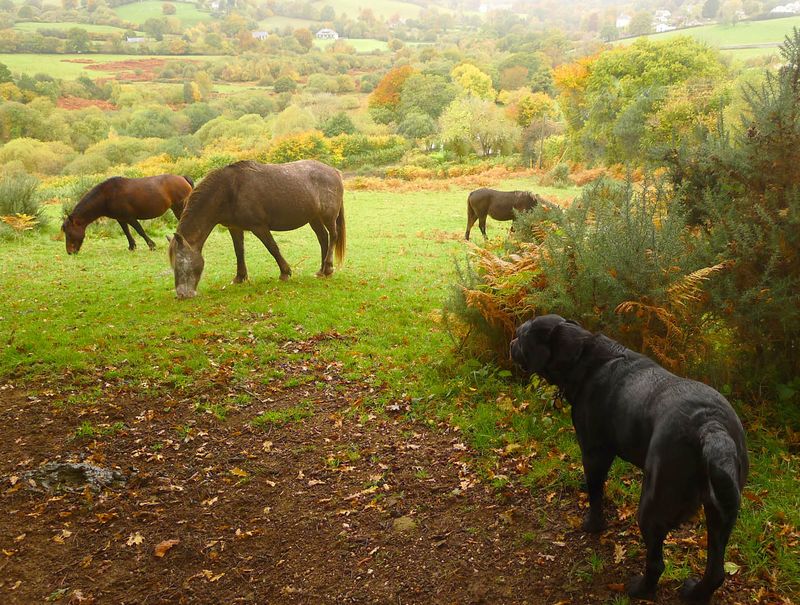 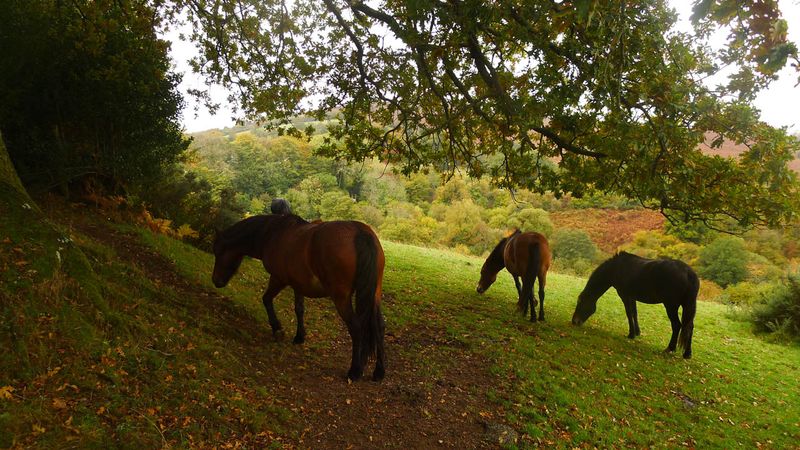 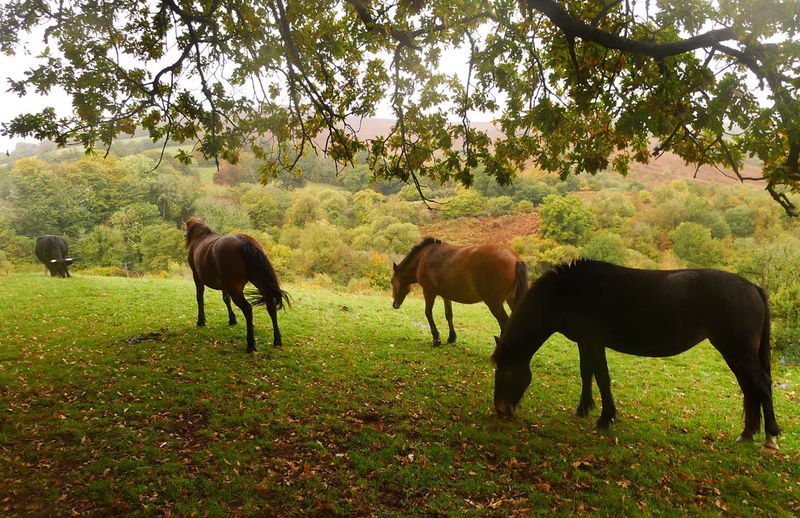 "Human beings have been creative beings for a really long time -- long enough and consistently enough that it appears to be a totally natural impulse...[and] the diversity in our creative expression is fantastic. Some of the most enduring and beloved artwork on earth is unmistakably majestic. Some of it makes you want to drop to your knees and weep. Some of it doesn't, though. Some acts of artistic expression might stir and excite you, but bore me to death. Some of the art that people have created across the centuries is absolutely sublime, and probably did emerge from a grand sense of seriousness and sacredness, but a lot of it didn't. A lot of it is just folks messing around for their own diversion -- making their pottery a little prettier, or building a nicer chair, or drawing penises on the walls to pass the time. And that's fine too.

"You want to write a book? Make a song? Direct a movie? Decorate pottery? Learn to dance? Explore a new land? You want to draw a penise on your wall? Do it. Who cares? It's your birthright as a human being, so do it with a cheerful heart. (I mean, take it seriously, sure -- but don't take it seriously.) Let inspiration lead you wherever it wants to lead you. Keep in mind that for most of history people just made things, and they didn't make such a freaking deal out of it. 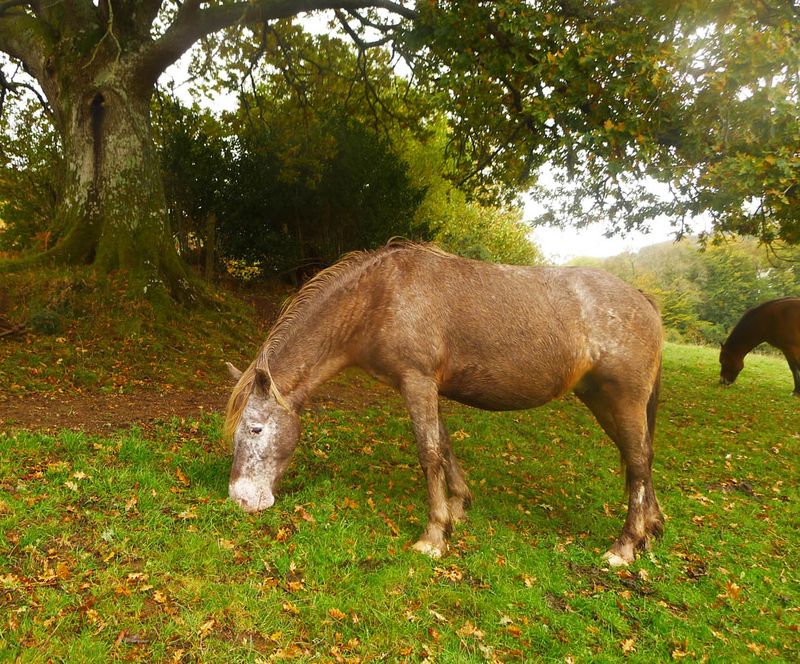 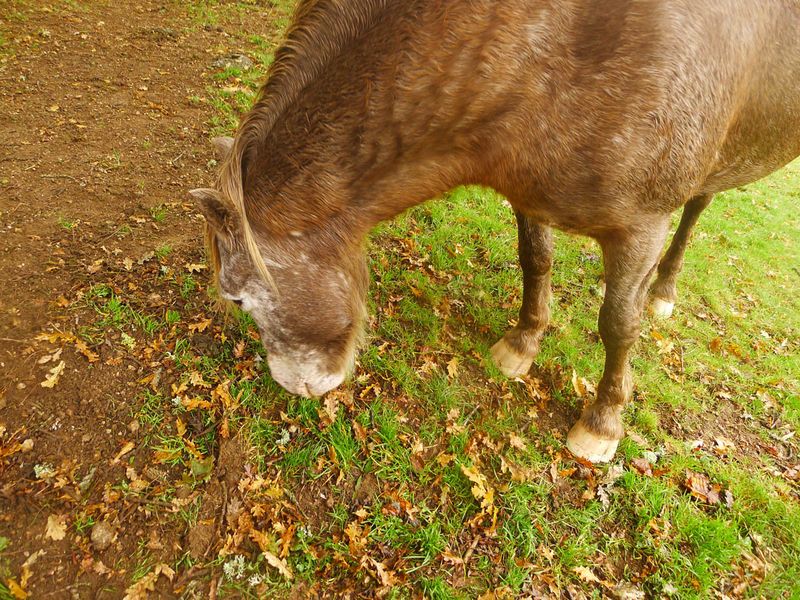 "If you're alive, you're a creative person," Gilbert continues. "You and I and everyone you know are descended from tens of thousands of years of makers. Decorators, tinkerers, storytellers, dancers, explorers, fiddlers, drummers, builders, growers, problem-solvers, and embellishers -- these are our common ancestors.

"The guardians of high culture will try to convince you that the arts belong only to a chosen few, but they are wrong and they are also annoying. We are all the chosen few.  We are all makers by design. Even if you grew up watching cartoons in a sugar stupor from dawn to dusk, creativity still lurks within you. Your creativity is older than you are, older than any of us. Your very body and your very being are perfectly designed to live in collaboration with inspiration, and inspiration is still trying to find you -- the same way it hunted down your ancestors.

"All of which is to say: You do not need permission from the principal's office to live a creative life." 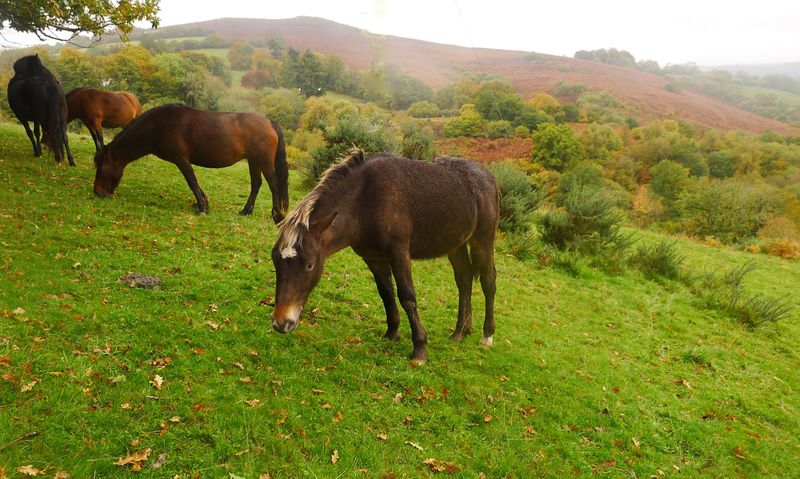 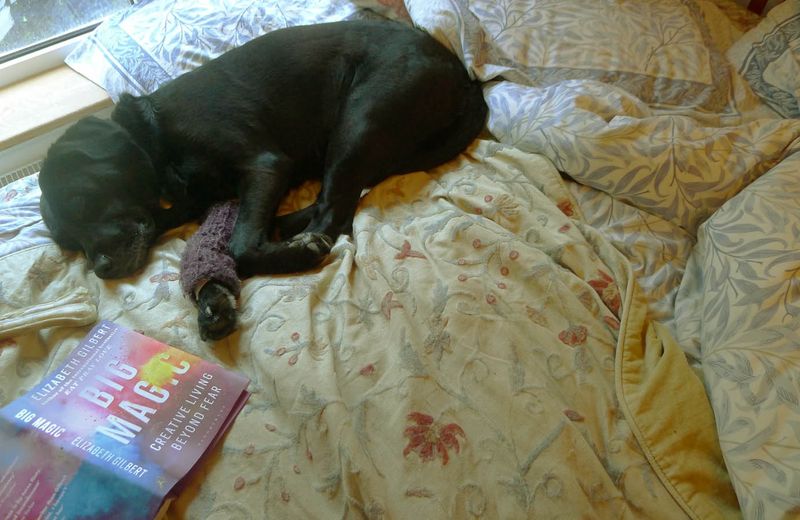 in Art in the marketplace, Books, Horses & ponies, On the creative process, On writing | Permalink | Comments (34) 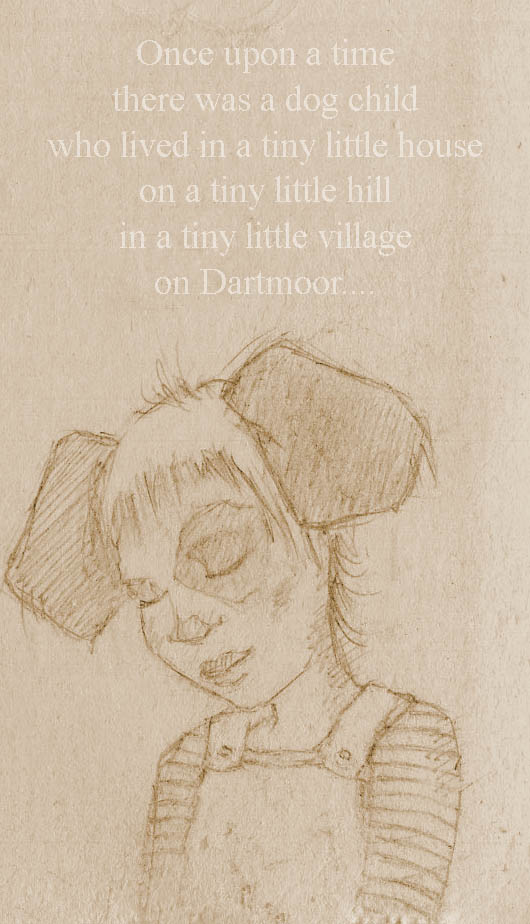 Thank you for your patience while I've been recovering from a yet another round of illness. I'm finally getting back on my feet ... a little slowly, a little shakily, yes, but I'm determined to be well again, and I'm a very stubborn woman. As a new month commences, and a new year begins (for me, anyway, because today's my birthday), it's time to get back to the studio, back to writing, back to art, and back to Myth & Moor.

I know some people cringe at the thought of getting another year older, but I'm not one of them. Having once been told by doctors that I'd be lucky to make it to the age of 20, reaching middle age and moving towards old age is a daily thing of wonder. I've written down my thoughts on mid-fifties birthdays before (they're here if you want to read them), so today I offer this instead:

In some indigenous cultures it's traditional to give gifts, not receive them, on the day of one's birth...as an act of gratitude to the spirits and the ancestors, as well as to family and community, for the miraculous gift of life and all that makes our lives worthwhile. So the "Dog Child" above is my gift to all of you. Please feel free to download the drawing and print it out if you wish. Her story begins Once Upon a Time....

I leave it to each of you to decide where the tale might go from here. 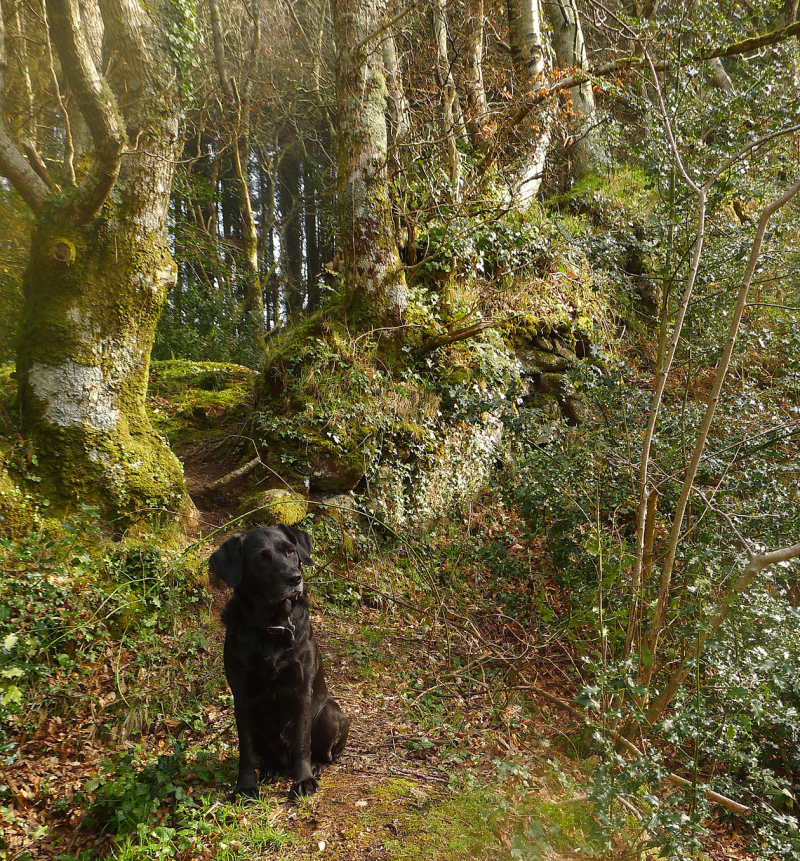 in Dogs, From my sketchbooks | Permalink | Comments (42)