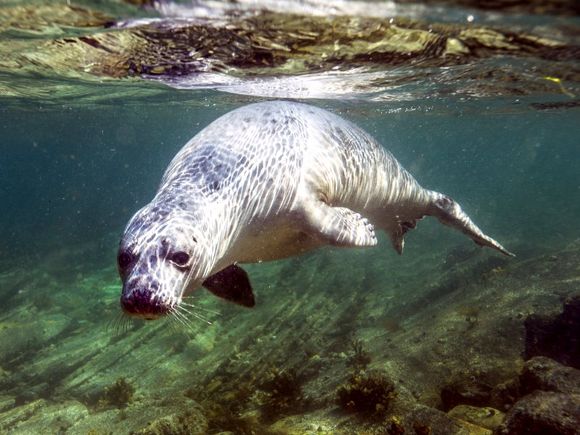 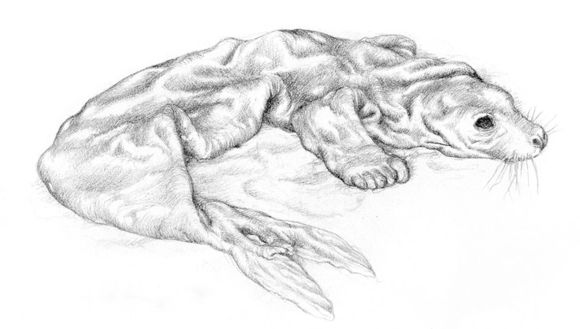 Today's music has an ocean theme, with songs of selchies, sailors, and ships lost at sea.

Above, "The Great Selchie" (Child Ballad No. 113), performed by American folk singer Judy Collins and Tommy Maken (of The Clancy Brothers) on a 1992 television program, Songs Of The Sea. (The second guitarist is uncredited.) Collins recorded the song on her second album, The Golden Apples of the Sun, way back in 1962. The ballad's words are traditional, and the tune is by Jim Waters.

Below, "Cruel," performed by Yorkshire singer/songwriter Kate Rusby and her band (including John McCusker on back-up vocals). This traditional song, set to new music by Rusby, appeared on her lovely sixth album, Underneath the Stars (2003).

And to end with, original songs from two of my favorite songwriters, both of them from the West Country:

Below, "Lady of the Sea" by Seth Lakeman, who lives here in Devon on the other side of the moor. The song, a long time favorite, is from his third album, Freedom Fields (2006).

Below, "Bow to the Sailor" by Ange Hardy, who hails from Somerset (the county just east of Devon). The song can be found on her gorgeous third album, Lament of the Black Sheep (2014). 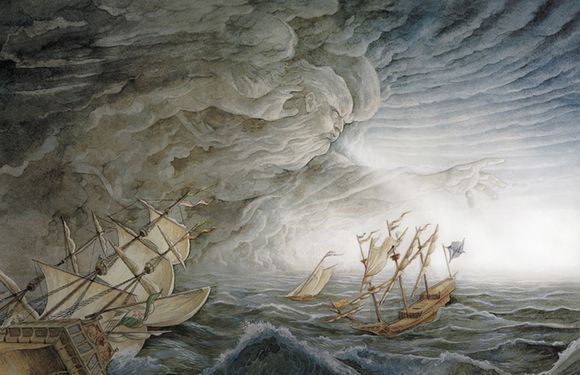 The photograph above is by Dafydd Thomas, the selkie skin drawing by Alan Lee, & the three paintings by P.J. Lynch.

So beautiful! Thank you, Terri. I'm with you in that I think June Tabor is one of our greatest of singers, though I love the others here too. (My mother had that Judy Collins album!) I haven't heard Ange Hardy before so I'm off now to learn more about her. Judging by the song that's an album I must have.

Haunting evocations today. I'm sure you you know "the Secret of Roan Inish" by John Sayles (a favorite) https://youtu.be/fWoyGukz1ag

So glad to see you back; and I hope you are feeling much better. These songs are beautifully haunting and something one can listen to all morning. Love the theme of these. Anything relating to the sea, its lost ships, mythical creatures/ghosts and women waiting for the return of sailors with a poignancy that evokes balladic expression, totally captivates me. In keeping with today's music and topic, I have a poem from 2014 that conveys similar subject matter.

This poem was inspired by a PBS documentary on the town of Piran in Slovenia. It had a history of fishing and sailors. The women would sit high on their terrace wall, watching the sea and waiting for their husbands' boat to come into the harbor. One wife was interviewed and said she still does this kind of waiting like her mother and grandmother. She also added that her husband promised to always ring a bell when he returns letting her know he is back, either in flesh or spirit. That haunted me, actually sent something
shivering through my body and mind.

I will come back
which ever way the sea may want
to tell you I love you...
From an old sea ballad.

Perched angular on her garden wall
she waits, watching the tide. The sun is hot
but keeps her bones havened in light. So dazzling
its flame gave her the fervor to pot
(in terracotta ) soil and bulb. All those rose-red
geraniums along the fence
now bright enough to fetch a sailor's eye from the sea.

Beautiful.... thank you and thank you for your voice Terri and sharings, such a treasure when I get to spend some time here!

I dreamed last night of seals, otters and a tortoise and opened your post this morning to see the creature I'd just been graced with in my night travels. Glad to have you back again, and hope you are feeling better, Terri. We had 25 inches of snow here this weekend, and you can imagine what color the winter white was on the NYC streets just two days after the storm.

That's gorgeous, Wendy. I'm reminded of some of the old Portuguese Fado songs, about women waiting for their men to come home safely from the sea....

Thank you, Cynthia. And yes, all Ange Hardy's albums are terrific. Check out the new one too, about the life & work Samuel Coleridge. It's called Esteesee.

That film is a long-time favorite. So magical.

Thanks for coming and adding to the discussion, Tracy.

What wonderful serendipity. My own dreams are always so boring, as if my immersion in folklore and fairy tales by day causes my subconscious to insist on tedious reality by night. I'm envious our your oceanic night travels.

I'm also envious of your snow! The same winter storm has crossed the Atlantic to us, but it's been too mild for snow this year. Just rain, rain, rain and flooding.

I bought the MP3 of Lament of the Black Sheep last night. My husband and I love it so much that I will happily go purchase Esteesee now. Coleridge!

What an interesting reversal. From where I stand, you are lucky to get to be a dreamer by day. I suppose all your rain is why the following post after this is on water--with beautiful thoughts by Linda Hogan. Sending you some slush.

What a great pleasure, Terri. Thank you...my husband is retired Navy, so we both relate to this wonderful music in a very personal way. (He sings a funny old folksong about a retired sailor who walks inland with an oar over his shoulder and knows he's far enough from the sea when someone asks what that thing he carries even IS.)

Thanks so much Terri!!

I deeply appreciate your kind words. I have been to Glouester and other fishing towns in New England where the widow walks on the houses become haunting reminders of those women waiting for their loved ones to return. The beauty and poignancy of their anticipation cannot but help find their way into song.

Again, thank you!
My Best
Wendy

Those last two videos pack a punch. Whew. Thanks for sharing.

Interestingly there's an episode in Homer's 'Odyssey' when Odysseus is told to walk inland carrying an oar until he reaches a people who live so far from the sea that they have no idea what the oar is and think it's a winnowing fan. Ancient tales have a habit of resurfacing in different forms throughout history

I just learned that she's coming to do a gig here in Chagford at the end of February! Excellent news.

That is indeed why I thinking of water this week, Judith. Trying to embrace the rain instead of grumbling about it!

I didn't know Lui had put these poems of yours to music! How utterly wonderful, Jane.