The Broader Conversation
What Makes a Good Writing Day? It's a quiet, misty morning here on Dartmoor, too chilly to sit outdoors for long, but there are lambs in the fields, ponies on the Commons and primroses all along the winding path up to my studio...so it must be spring, and the warmer days we've been longing for will surely come soon. 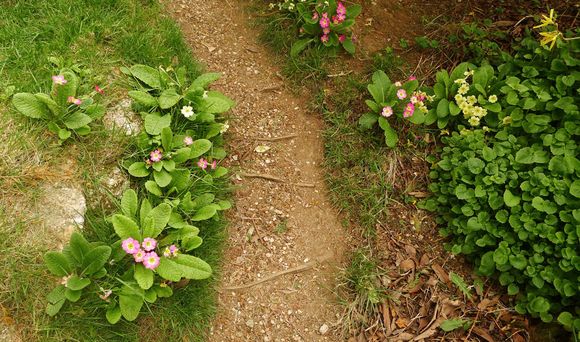 This week's music starts with The Furrow Collective, a group of four fine folk musicians who are also well known for their solo work: Emily Portman (from Glastonbury), Lucy Farrell (from Maidstone), Alasdair Roberts and Rachel Newton (both from Glasgow).

Video above: "I'd Rather Be Tending my Sheep," a West Country folksong from the collective's first album, At Our Next Meeting (2014). This one is for Delia Sherman (and all you other knitters out there), and for Cynthia Rose on her sheep farm in Wiltshire.

Below: "Many's the Nights Rest," a lovely informal performance filmed just last month. The song can be found on The Furrow Collective's new EP, Wild Hog in the Woods.

"‘I stumbled across ‘Many’s the Night’s Rest’ in a journal of the Folk-Song Society from 1905," says Portman, "and was struck by the resolute tone of the chorus ‘Many’s the night’s rest you’ve robbed me of, but you never shall do it again’. It’s Roud No. 293 – a version of ‘Bonny Boy’ and Lucy Broadwood collected it in 1901 from a Henry Hills in Sussex. I imagine this song representing a woman finally washing her hands of her cheating boyfriend and moving on, though you could draw other, darker conclusions depending on your temperament." 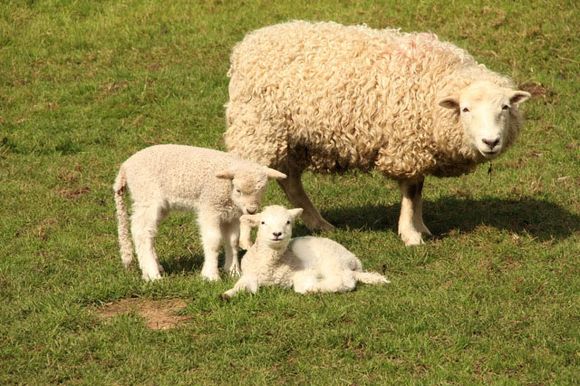 Above: "Green Gravel," a deliciously dark children's song recorded by Fay Hield, who is both a folk singer and lecturer in Ethnomusicology at the University of Sheffield. It comes from her latest album, Old Adam (2015), which I highly recommend -- along with Hield's excellent Full English project, and her 2014 TED Talk, "Why Aren't We All Folk Singers?"

"Green Gravel" is associated with children's games in Britain and North America; this particular version comes from Alice Bertha Gomme's The Traditional Games of England, Scotland, and Ireland. "The song has links to burial ceremonies," Alex Gallacher explains, "with green gravel representing the newly turned grave; though there is no suggestion this rhyme was performed at burials, more that children took the ideas of life, love and death into their own sphere."

To end with, a beautiful, almost hypnotic rendition of "The Grey Selchie" (Child Ballad No. 113)  by Maz O'Connor, from Barrow-in-Furness in Cumbria. This new video, released a few weeks ago, was filmed for The Blue Room Sessions in the Netherlands. O'Connor has recorded three lovely albums of original and traditional tunes, the latest of which is The Longing Kind (2016). 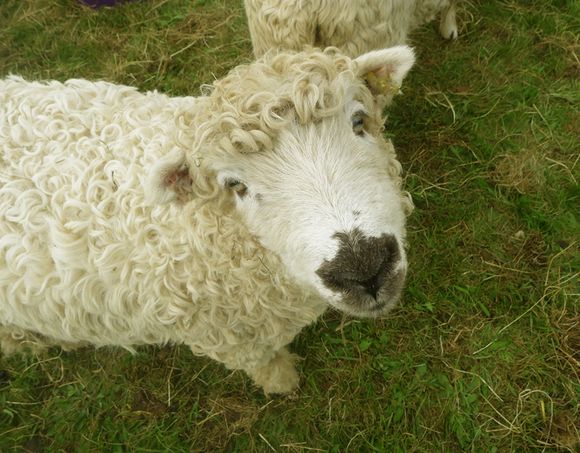 The first two photographs above were taken by my friend Helen Mason. The third one is mine. A related post: The Folklore of Sheep. Previous Monday Tunes by Fay Hield can be found here. By Maz O'Connor, here. By Emily Portman, here. By Rachel Newton, the last two videos here.

O'connor's song is not available on you tube here Terri....just so you know

love love the vocals today and the vision of chilly Dartmoor adding my hope for warmer day to come - they will. The warmer days will come again.

Gorgeous songs. Selchie song, two versions of which I already know and used to sing, are made even finer by O'Connor's version. I think the second tune and the album are not released in the States which is why we can't get them here.

I gather from Jane's comment below that one of the Maz O'Connor videos ("The Grey Selchie") can be viewed in the US, and that it's the second one, "Crook of Your Arm," which won't play outside the UK. I've now replaced the latter with a Fay Hield song, "Green Gravel."

Thank you for letting me know about the problem. Unfortunately, YouTube doesn't list which countries a video will or won't play in. I wouldn't have picked that particular song if I'd known it was restricted...although it's a very charming video.

Beautiful songs to begin our Monday morning with Terri. Many thanks. Going to see if I can find them on cd s here to listen to while I work.
Warmer days are around the corner. Hang in there.

I've replaced the second O'Connor song. I hope the new video plays properly for you.

Between the sweetness of the lambs and the dark undertones of these tunes we seem to be covering themes of both birth and death today...which I suppose is appropriate at this time of year, the mythic season of rebirth.

Never, Never Could I Knit

Lovely lambs in bright green meadow,
Their "Baah, baah," among the sheep.
That long ago time when I was 7 & 8
Where in summer my friend Wanda
And i waited by the black highway,
With juniper scent, yellow weeds, heat...
At last the faint shivery 'Baas," they came.

They were sheep now, a little gray with dust,
In the whole spectacle, The shepherd, the
Serious little dogs, and like a cloud, they
Came. Magic is difficult to explain. Once
Lambs they were going to give us
Sweaters, cloaks, hats, covers,

Which once I tried to wind wisely.
I could not. All I can do is mend.
Mending is worthy but knitting
Is sadly not for me. Of course
If I was up in the attic with the
Wicked Fairy, I would never
Have anything but another life.

Which I have. Love lambs, their
Sweet eyes, their innocence,
Caught by a camera, a painting,
Memory. Always about spring
And green meadows. Sent
Out into the world to give us
Their gift of celebration, charm.