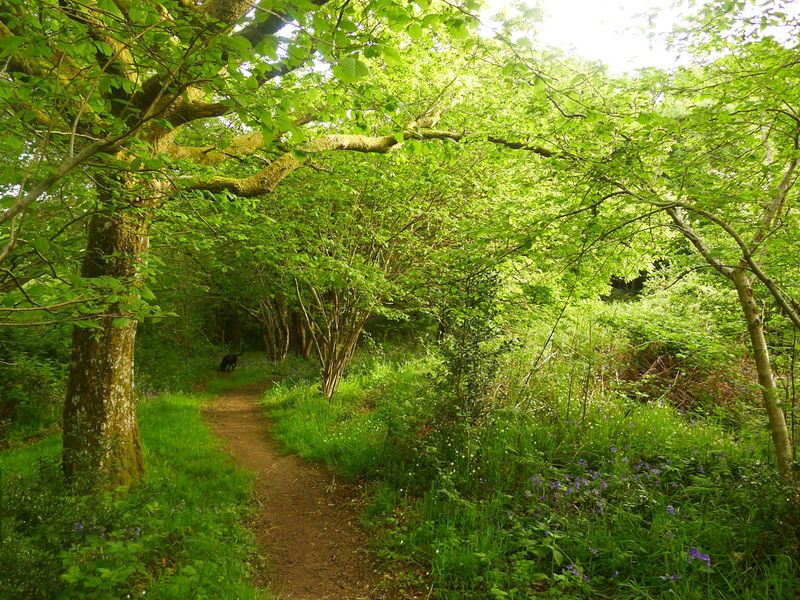 One of the very best books I've read this year is Seven Miles of Steel Thistles: Reflections on Fairy Tales by Katherine Langrish, the author of West of the Moon and other excellent works of myth-based fantasy for children. 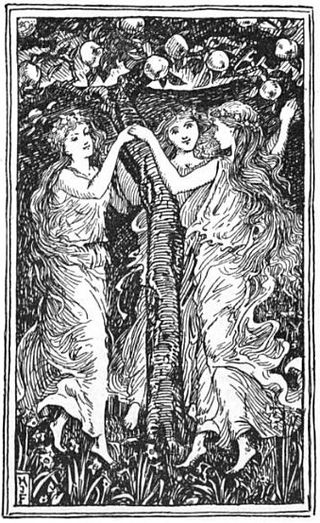 Now while I might seem biased because Katherine is a family friend (her daughter and ours have been best friends for many years), in truth I am sharply opinionated when it comes to books about folklore and fairy tales; I was mentored in the field by Jane Yolen, after all, which sets the bar pretty damn high. Thus it is no small praise to say that Seven Miles of Steel Thistles is an essential book for practioners of mythic arts: insightful, reliable, packed with information...and thoroughly enchanting.

"As a child I was usually deep in a book," Kath writes in the volume's introduction, "and as often as not, it would be full of fairy tales or myths and legends from around the world. I remember choosing the Norse myths for a school project, retelling and illustrating stories about Thor, Odin and Loki. I read the tales of King Arthur, I read stories from the Arabian Knights. And gradually, I hardly know how, I became aware that grown-ups made distinctions between these, to me, very similar genres. Some were taken more seriously than others. Myths -- especially the 'Greek myths' -- were top of the list and legends came second, while fairy tales were the poor cousins at the bottom. Yet there appeared to be a considerable overlap. Andrew Lang included the story of Perseus and Andromeda in The Blue Fairy Book, under the title 'The Terrible Head.'  And surely he was right. It is a fairy story, about a prince who rescues a princess from a monster.... 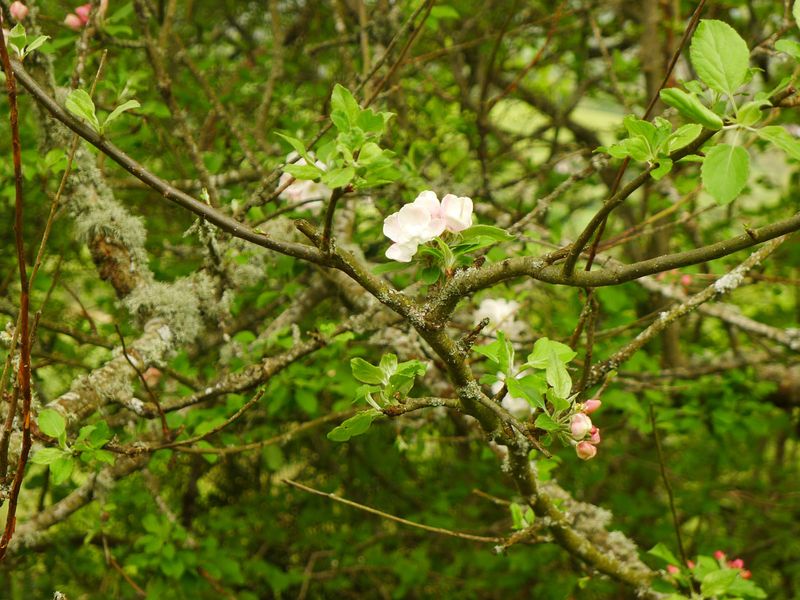 "The field of fairy stories, legends, folk tales and myths is like a great, wild meadow. The flowers and grasses seed everywhere; boundaries are impossible to maintain. Wheat grows into the hedge from the cultivated fields nearby, and poppies spring up in the middle of the oats. A story can be both things at once, a 'Greek myth' and a fairytale too: but if we're going to talk about them, broad distinctions can still be made and may still be useful. 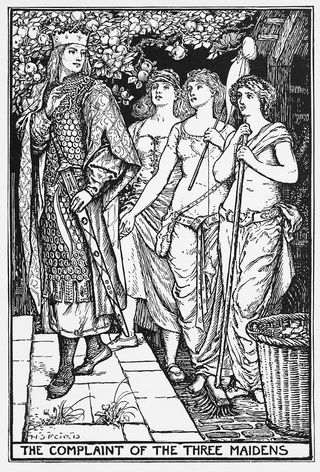 "Here is what I think: a myth seeks to make emotional sense of the world and our place in it. Thus, the story of Persephone's abduction by Hades is a religious and poetic exploration of winter and summer, death and rebirth. A legend recounts the deeds of heroes, such as Achilles, Arthur, or Cú Chulainn. A folk tale is a humbler, more local affair. Its protagonists may be well-known neighborhood characters or they may be anonymous, but specific places become important. Folk narratives occur in real, named landscapes. Green fairy children are found near the village of Woolpit in Suffolk. A Cheshire farmer going to market to sell a white mare meets a wizard, not just anywhere, but on Alderley Ledge between Mobberley and Macclesfield. In Dorset, an ex-soldier called John Lawrence sees a phantom army marching 'from the direction of Flowers Barrow, over Grange Hill, and making for Wareham.' Local hills, lakes, stones and even churches are explained as the work of giants, trolls or the Devil. 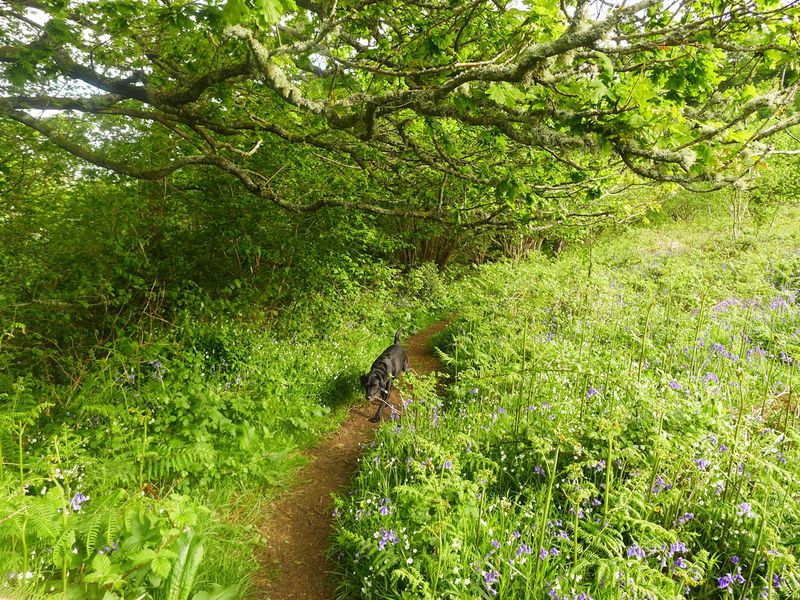 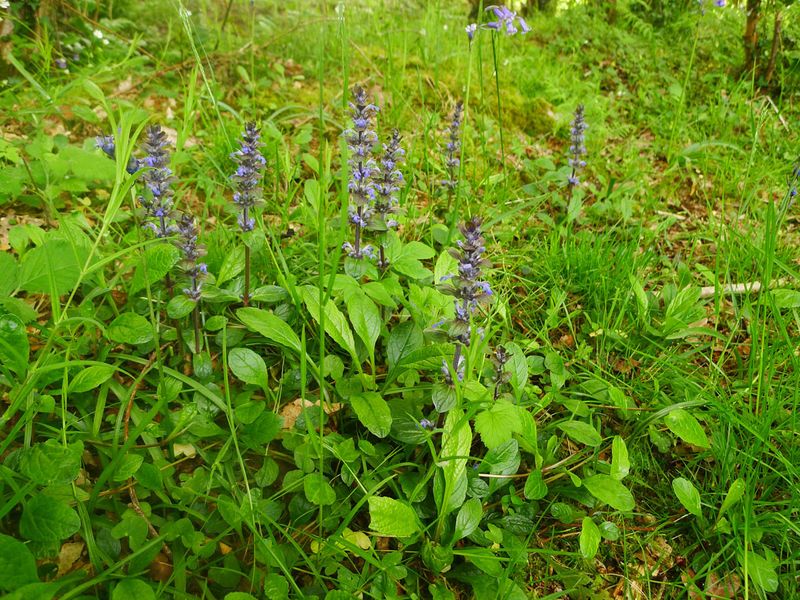 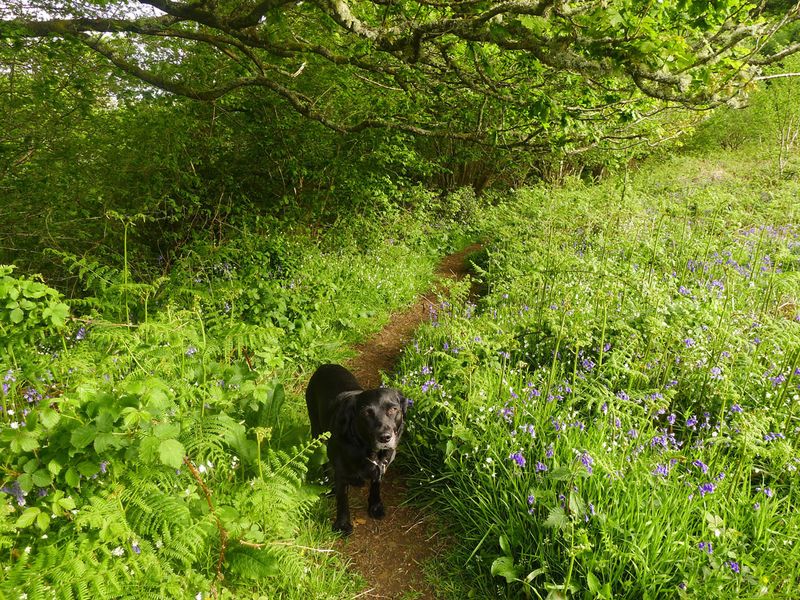 "Fairy tales can be divided into literary fairy tales, the more-or-less original work of authors such as Hans Christian Andersen, George MacDonald and Oscar Wilde (which will not concern me very much in this book), and anonymous traditional tales originally handed down the generations by word of mouth but nowadays usually mediated to us via print. Unlike folk tales, traditional fairy tales are usually set 'far away and long ago' and lack temporal and spatial reference points. They begin like this: 'In olden times, when wishing still helped one, there lived a king...' or else, 'A long time ago there was a king who was famed for his wisdom throughout the land...' A hero goes traveling, and 'after he had traveled some days, he came one night to a Giant's house...' We are everywhere or nowhere, never somewhere. A fairy tale is universal, not local." 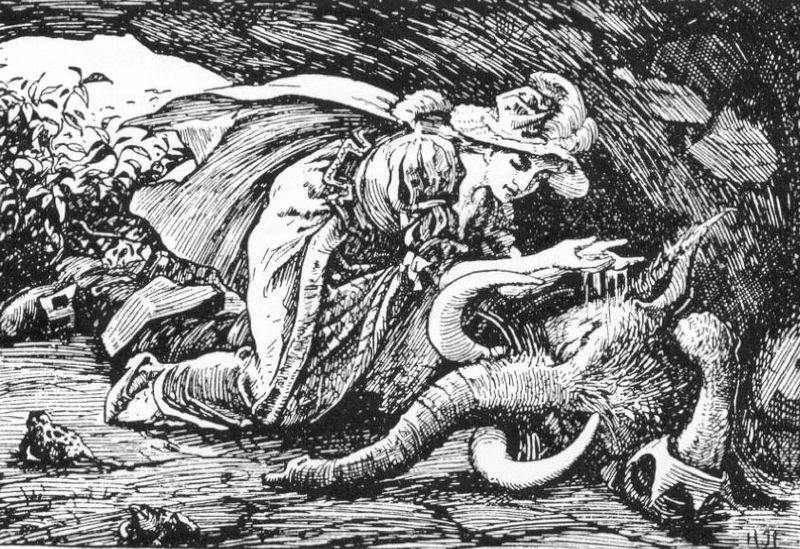 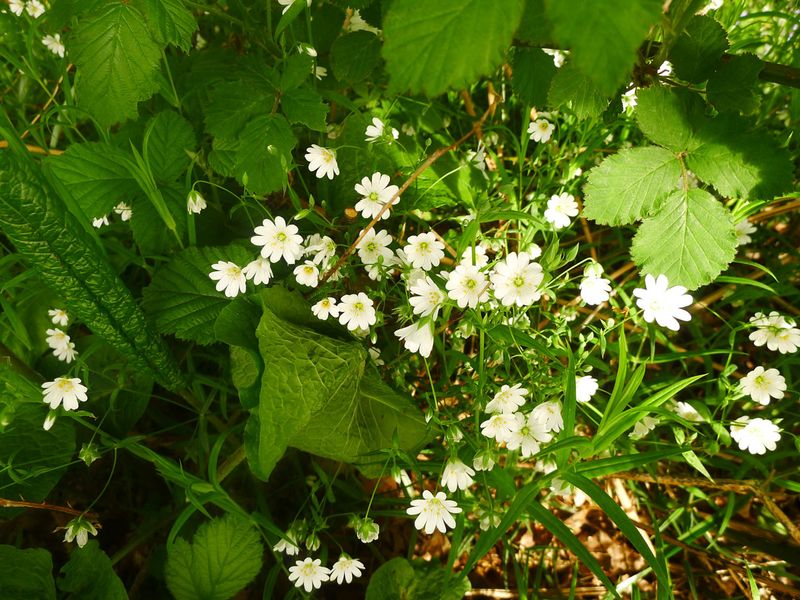 Katherine concludes the book's introduction with the reminder that fairy tales, found all around the world, are amazingly diverse and amazingly hardy. "They've been told and retold, loved and laughed at, by generation after generation because they are of the people, by the people, for the people.  The world of fairy tales is one in which the pain and deprivation, bad luck and hard work of ordinary folk can be alleviated by a chance meeting, by luck, by courtesy, courage and quick wits -- and by the occasional miracle. The world of fairy tales is not so very different from ours. It is ours." 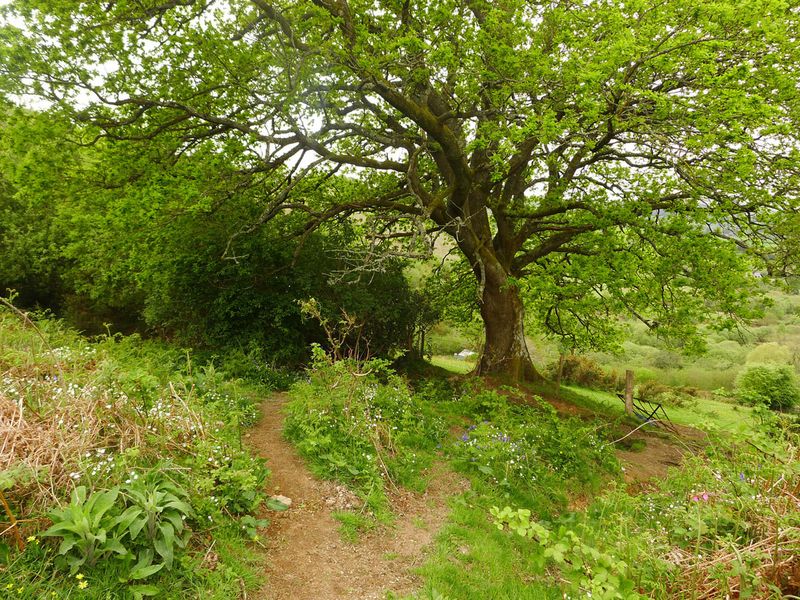 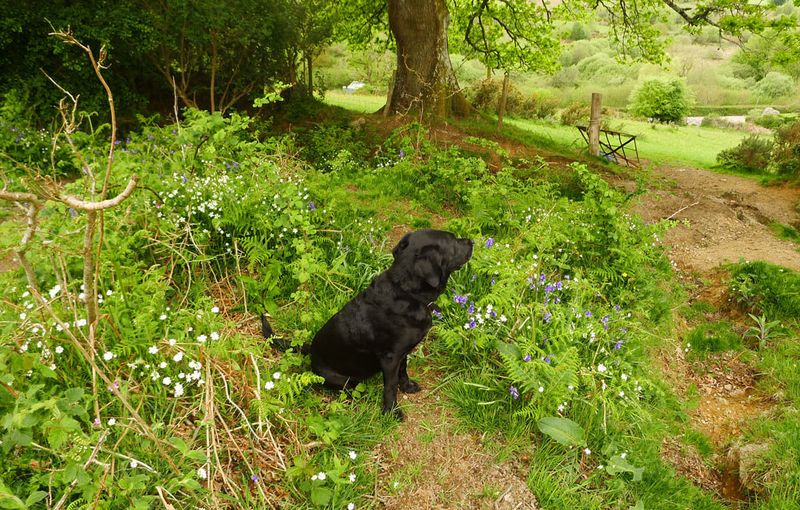 With this delightful collection of essays as a guide, the journey is worth every step. 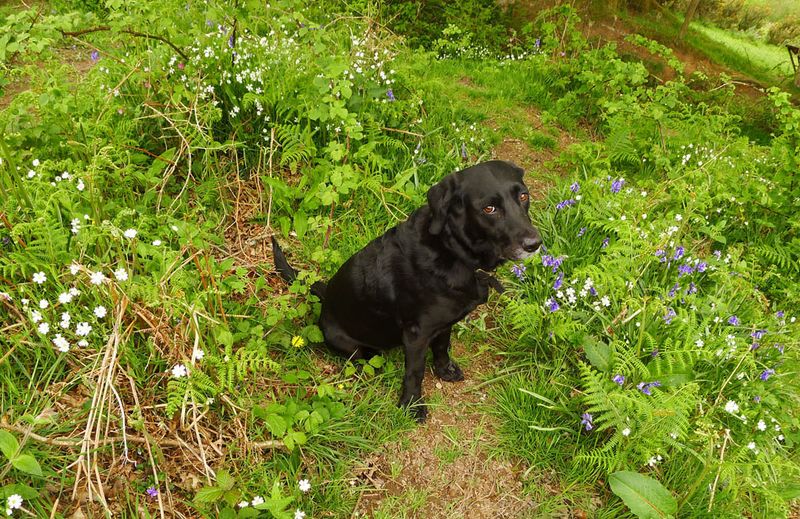 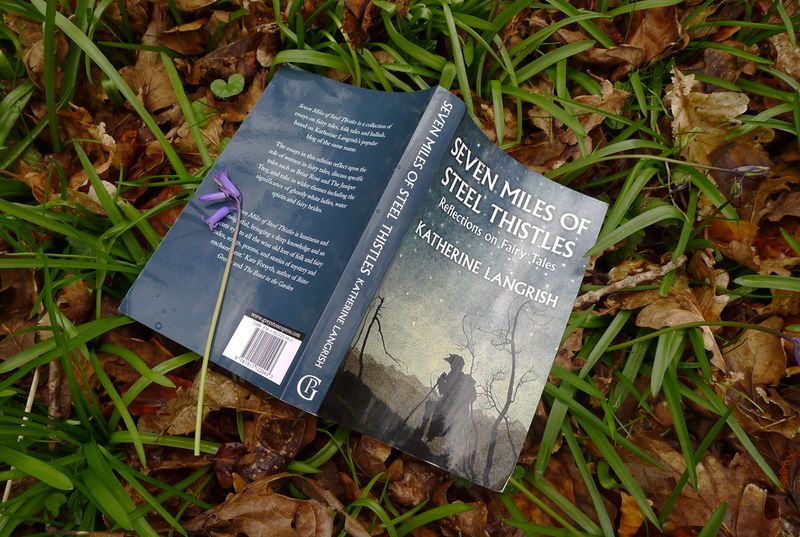 Words: The passages by Katherine Langrish in the post above and in the picture captions are from Seven Miles of Steel Thistles (The Greystones Press, 2016); all rights reserved by the author. Pictures: The illustrations are by H.J. Ford, from the Fairy Books edited by Andrew Lang.

Waiting impatiently for my copy to arrive -- and delighted by this terrific review! Thanks, Terri.

A lovely book and a lovely review. I think we might be neighbours in Devon Terri....I certainly love the same kind of landscape.

Being relatively new to the field of mythhic arts I try to learn as much as I can through reading. I certainly will add this book to my 'want to read'list. Thank you for this review.

This week I read an essay by therapist Richard Huson (The Language of Myth, The Language of Soul):
'In all myth and fairy-tales there is material that can be understood as a mirror reflecting neurosis or the well-being of one's culture or one's own inner life. Also in tales there are mythic themes that can be understood as describing stages of and an instruction for maintaining balance in both the inner and outer worlds.

It is especially the second part of the quote which makes me wonder if you would agree?

Wonderful! Another book to read! This looks just up my alley. Thanks, Terri!