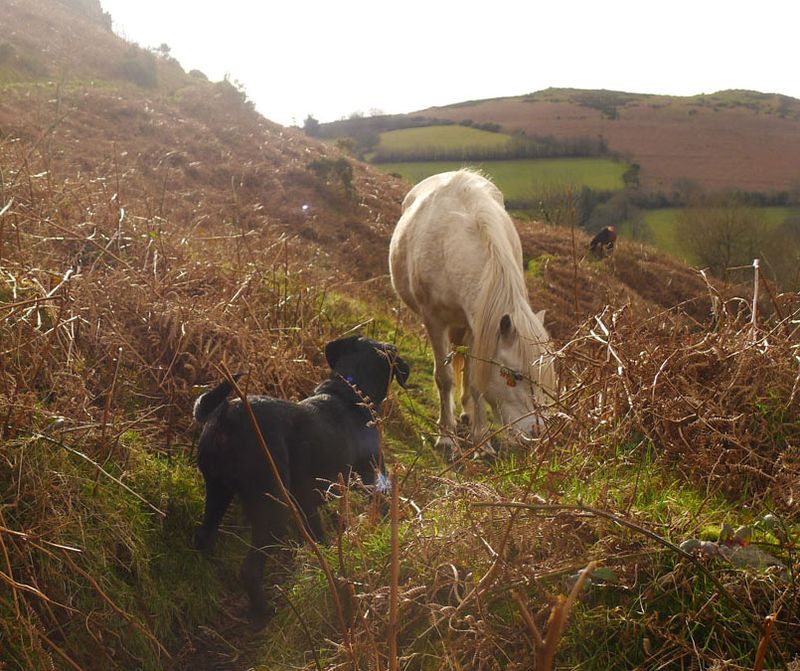 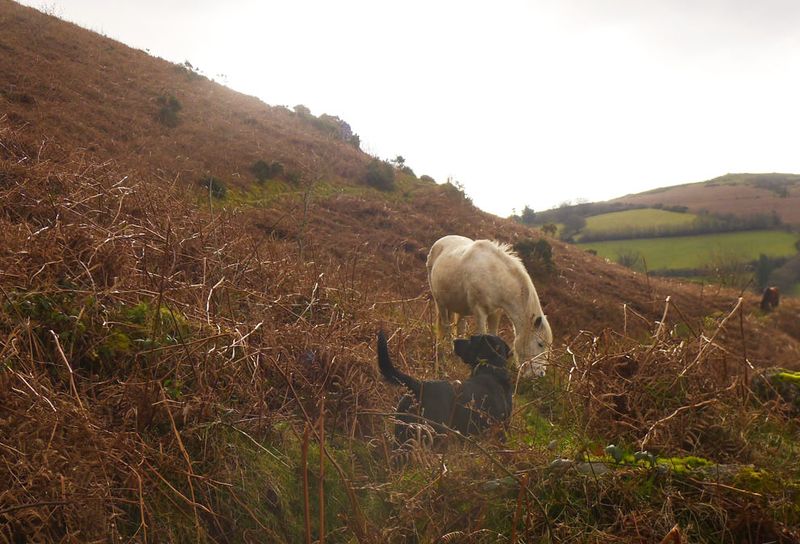 "Where words and place come together, there is the sacred,"  writes Kiowa poet and novelist N. Scott Momaday. "The question 'Where are you going?' is so commonplace in so many languages that it has the status of a universal greeting; it is formulaic. There is an American folksong that begins:

"The questions are so familiar that they are taken for granted. But their implications, their consequent meanings, are profound. In the deepest matter of these words are the riddles of origin and destiny, and by extension the stuff of story and ritual. I belong in the place of my departure, says Odysseus, and I belong in the place that is my destination. Only in this spectrum is the quest truly possible. The sense of place and the sense of belonging are bonded fast by the imagination. And words, in all their formal and informal manifestations, are the best expression of the imagination. 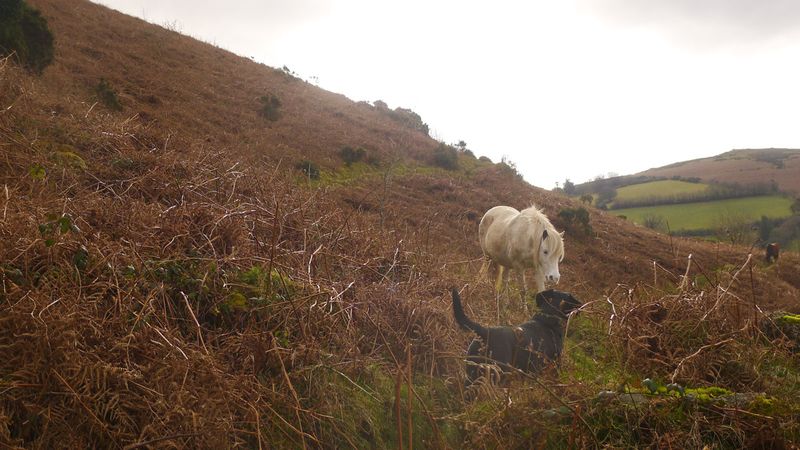 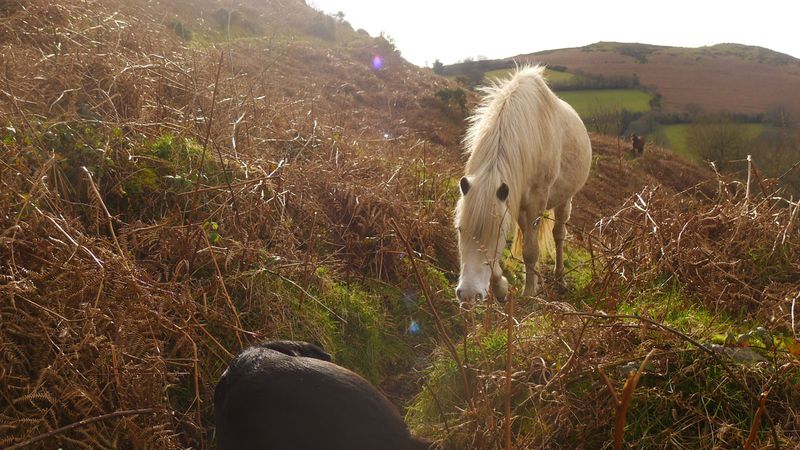 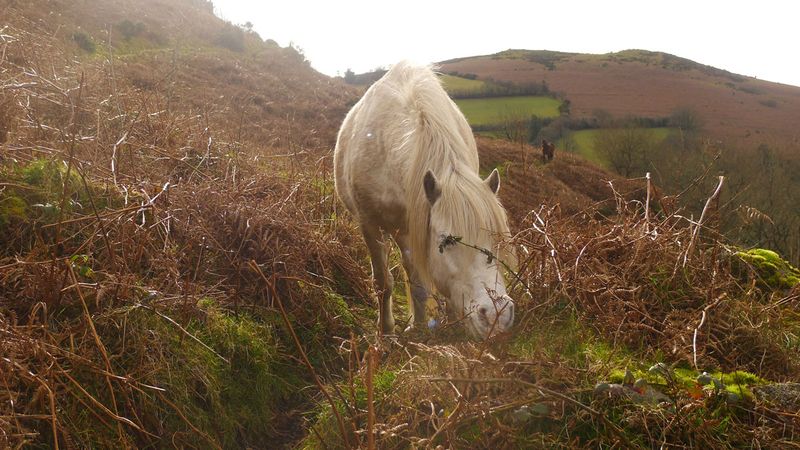 "Linguists have long suggested that we are determined by our native language, that language defines and confines us, " he notes. "It may be so. The definition and confinement do not concern me beyond a certain point, for I believe that language in general is practically without limits.

"We are not in danger of exceeding the boundaries of language, nor are we prisoners of language in any dire way. I am much more concerned with my place within the context of my language. This, I think, must be a principle of storytelling. And the storyteller's place within the context of his language must include both a geographical and mythic frame of reference. Within that frame of reference is the freedom of infinite possibility. The place of infinite possibility is where the storyteller belongs." 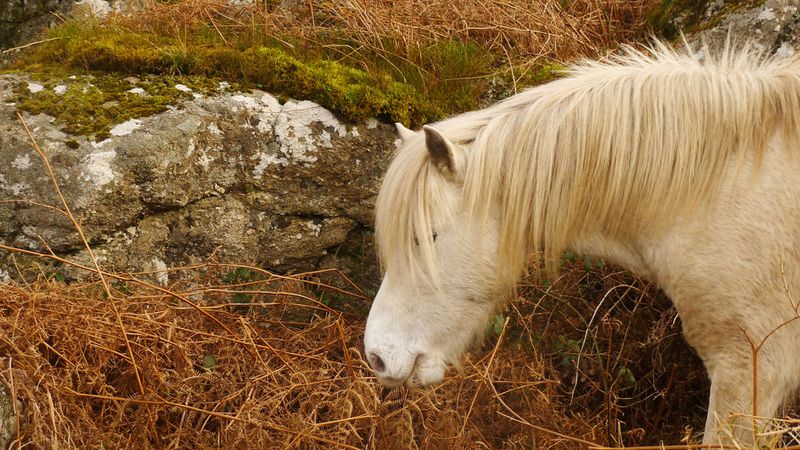 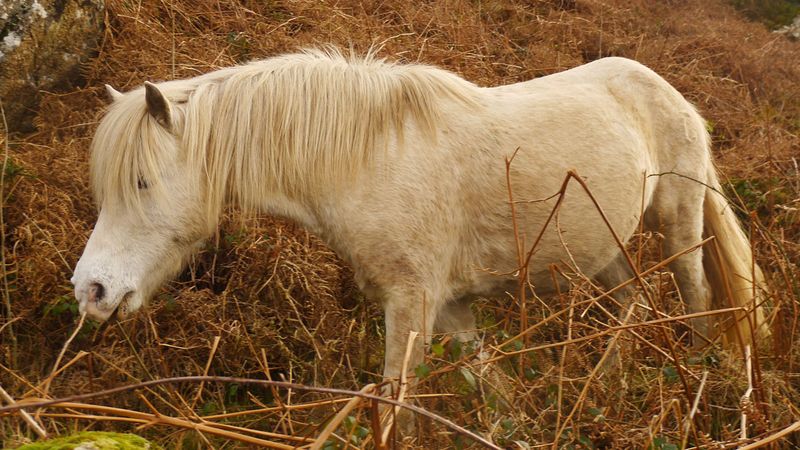 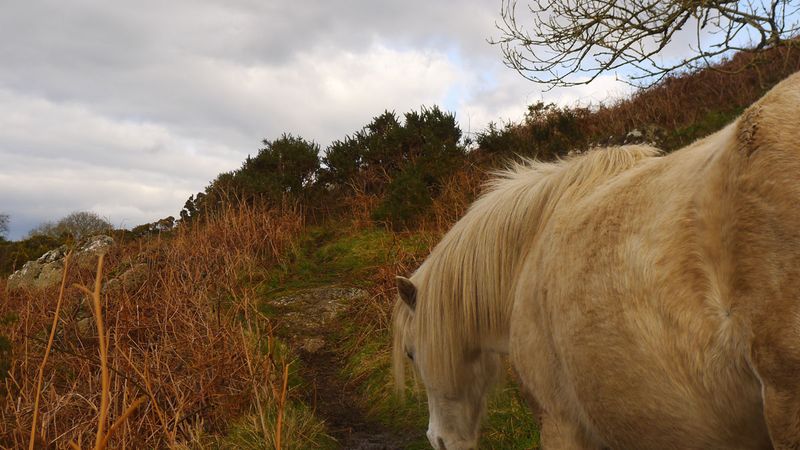 In an earlier interview, Momaday stated:

"Words are intrinsically powerful. And there is magic in that. Words come from nothing into being. They are created in the imagination and given life on the human voice. You know, we used to believe -- and I am talking about all of us, regardless of our ethnic backgrounds -- in the magic of words. The Anglo-Saxon who uttered spells over his field so that the seeds would come out of the ground on the sheer strength of his voice, knew a good deal about language, and he believed absolutely in the efficacy of language.

"That man's faith -- and may I say, wisdom -- has been lost upon modern man, by and large. It survives in the poets of the world, I suppose, the singers. We do not now know what we can do with words. But as long as there are those among us who try to find out, literature will be secure; literature will be a thing worthy of our highest level of human being." 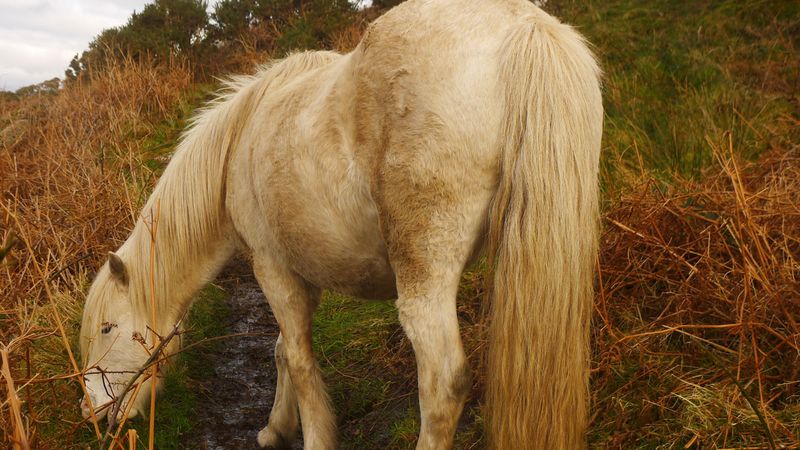 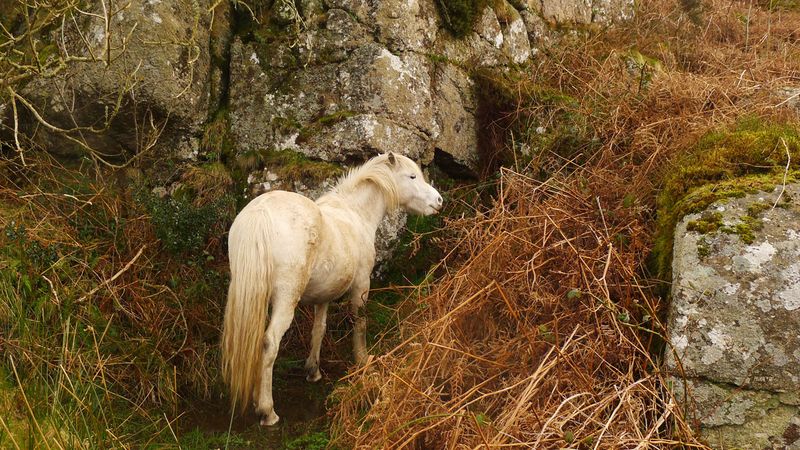 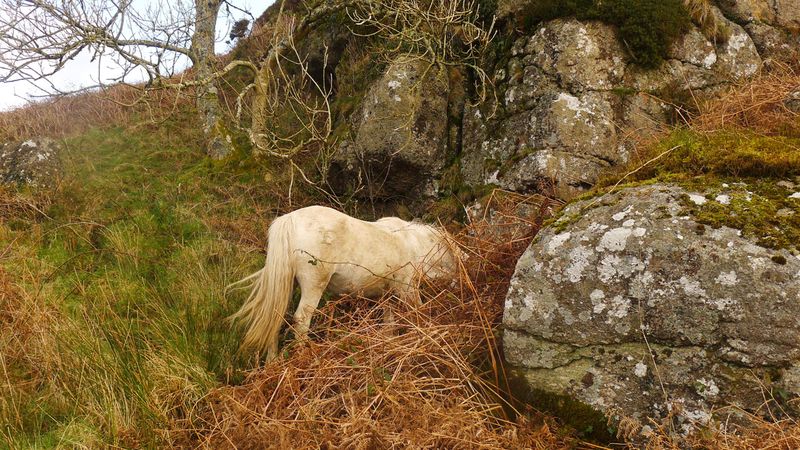 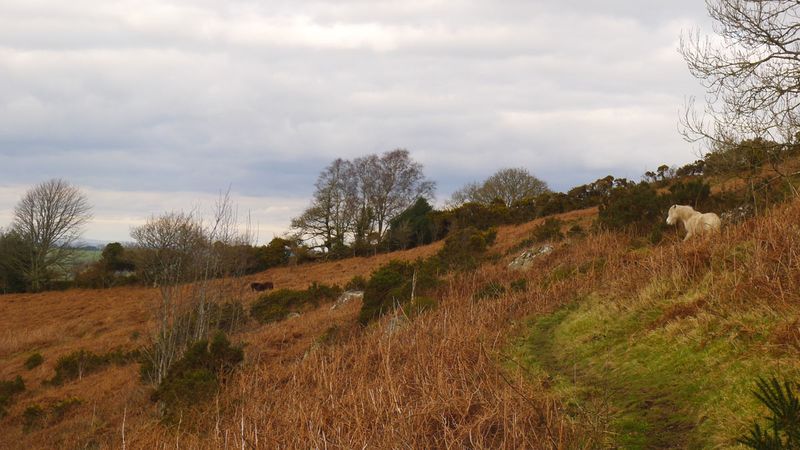 Like Momaday, I believe that words have a magic and a power of their own, which those of us working in mythic arts and the fantasy field would be wise to remember. A good fantasy novel is literally spell-binding, using language to conjure up whole new worlds, or to invest our own with magic. The particular power of fantasy comes from its link with the world's most ancient stories, and from the author's careful manipulation of mythic archetypes, story patterns, and symbols.

A skillful writer knows that he or she must tell two stories at once: the surface tale, and a deeper story encoded within the tale's symbolic language. The magical tropes of fantasy, rooted as they are in world mythology, come freighted with meaning on a metaphoric level. A responsible writer works with these symbols consciously and pays attention to both aspects of the story. 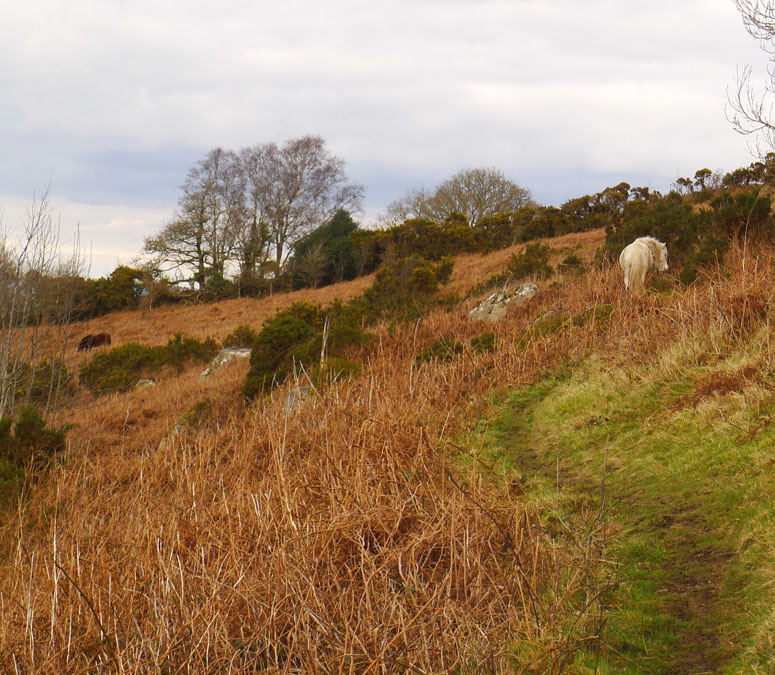 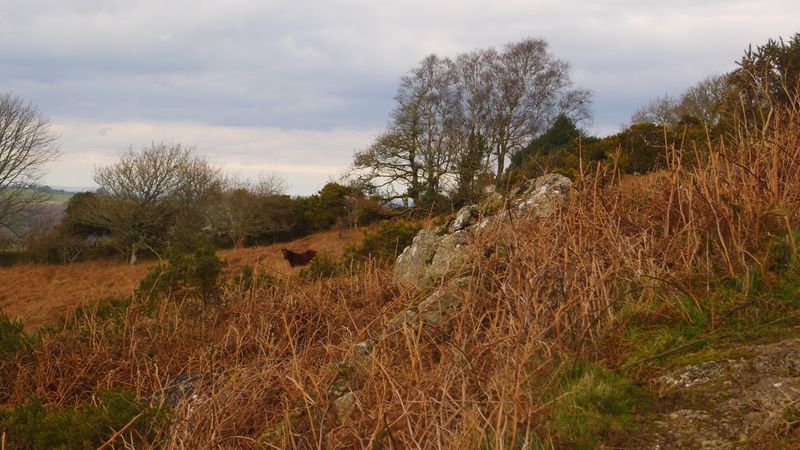 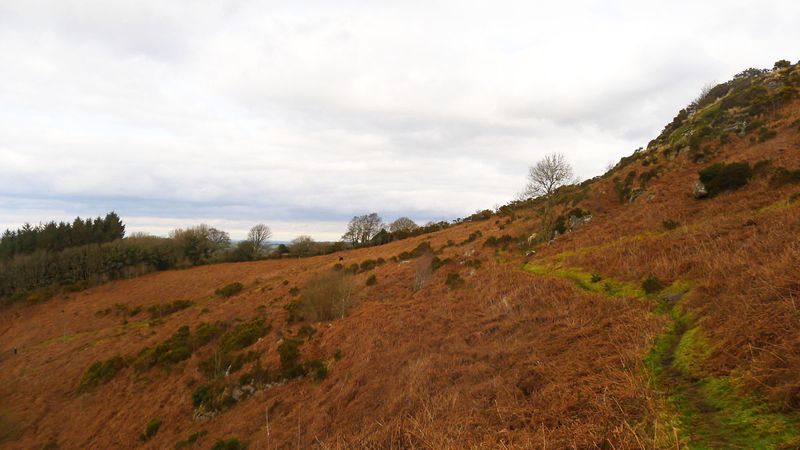 In her fine book Touch Magic, Jane Yolen writes: "Just as a child is born with a literal hole in his head, where the bones slowly close underneath the fragile shield of skin, so the child is born with a figurative hole in his heart. What slips in before it anneals shapes the man or woman into which that child will grow. Story is one of the most serious intruders into the heart."

I believe that those of us who use the magic of words professionally should remember how powerful stories can be -- for children especially, but also for adults -- and take responsibility for the tenor of whatever dreams or nightmares we're letting loose into the world. This is particularly true in fantasy, where the tools of our trade include the language, symbolism and archetypal energies of myth. These are ancient, subtle, potent things, and they work in mysterious ways. 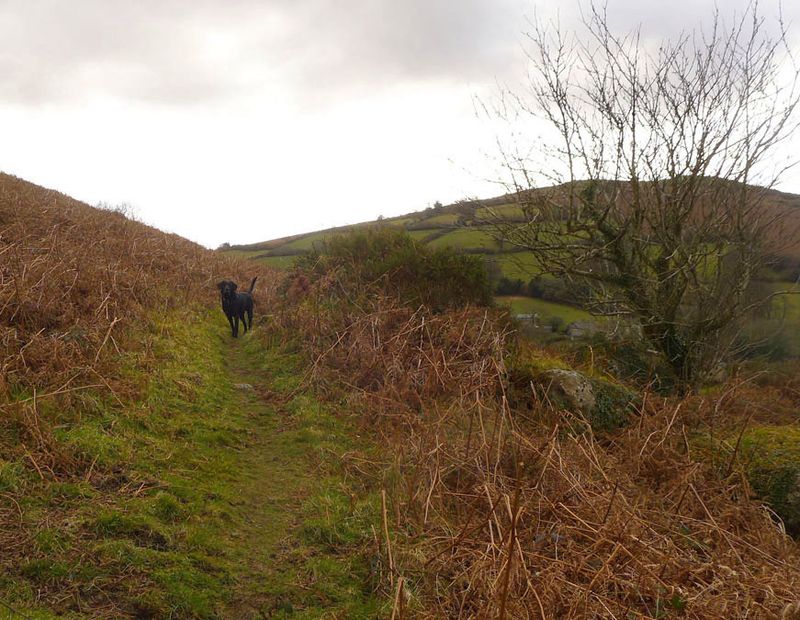 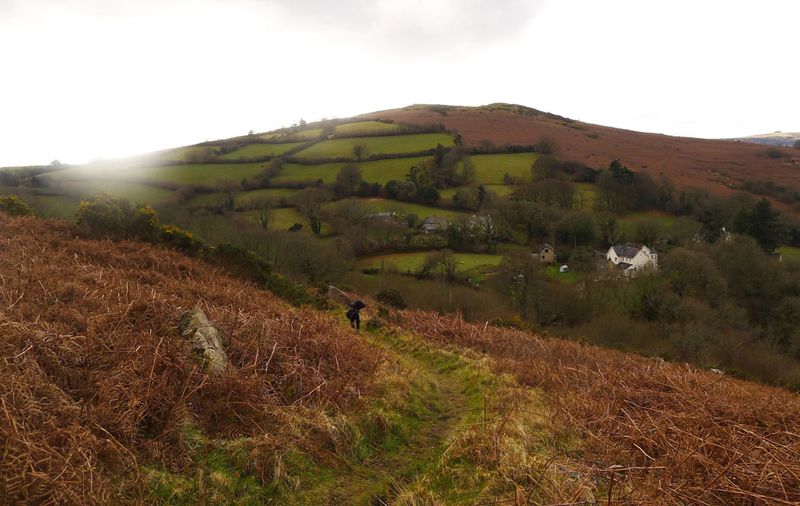 Words: The first passage by N. Scott Momaday is from The Man Made of Words: Essays, Stories, Passages (St. Martin's Press, 1997); the second passage is from Survival This Way: Interviews with American Indian Poets by Joseph Bruchac (Sun Tracks/U of Arizona Press, 1987). The poem in the picture captions is Momaday's "The Delight Song of Tsoai-talee" (Tsoai-Talee being one of Momady's own names), from In the Presence of the Sun: Stories and Poems, 1961-1991 (St. Martin's Press, 1991). All rights reserved by Momaday and Bruchac.

Pictures: These photos come from a pony encounter on our hill at the end of February, before the health crisis that confined me to bed in early spring -- I've only just remembered them, which is why I am posting them now. Tilly is very good with these free-roaming Dartmoor ponies; she knows not to hassle or startle them...though sometimes they startle her.

The power of language: Go here for previous posts on the subject, featuring Ben Okri, Jeanette Winterson, Jane Yolen and others; here  for a short article by John Kelly on the rat-slaying poetry of the Irish bards; and here  for an exploration of another form of language: the howling of wolves.

Thank you Terri for this daily drink. The golden mat of Bracken and the pony stories quench my thirst, plump my imagination. Embed as you do with these posts, you bless us with your magic of story-making. I celebrate my new morning with Myth and Moor and a hot cup of nettle tea.

I Am the Book

I am the book and its telling,
I am the word and its crust.
I am the letter of morning,
the period ending each dusk.

I am the serif of colons,
I am the binding of strength.
I am the verso of falling.
I am the lyric of length.

I am the script of each learning
I am the study of fall.
I am compression of lifetimes.
I am the tale of it all.

The sense of place and the sense of belonging are bonded fast by the imagination.
N.Scott Momaday

A puddle shimmers
after the rain.

It has washed the small feet
of lizard & sparrow,

the larger
of rabbit & squirrel.

I learn more
watching the water;
a veil of haze over head,

the sun's candle
on the west shoulder
of day. Its light

barely flickers
while leaf and bark
float piecemeal in the mirror.

Peeled - off scabs
of something healed
or still hurting.

I can't tell
but If I wait, my patience
lengthening
with the shadows --

echoed
in the calm drift of air

I will feel it.
I will know.

I am the script of each learning
I am the study of fall.
I am compression of lifetimes.
I am the tale of it all.

Again, you have given us an extraordinary poem. I love how you bring together in these wonderful strophes, the natural character/spirit of The Book, a spiritual consciousness that belongs to nature and nature offers it to humanity. And that last stanza sums it up perfectly!

I love this!
Many thanks for sharing
Wendy

Thanks--but wouldn't have happened without the Momaday.

Isn't this the pith of it:

"but If I wait, my patience
lengthening
with the shadows --"

We have to be there patient. Things come, little natures come, if we can teach ourselves that patience (harder and harder t do in this world.)

This - this is my core belief as a writer and a reader - "I believe that those of us who use the magic of words professionally should remember how powerful stories can be -- for children especially, but also for adults -- and take responsibility for the tenor of whatever dreams or nightmares we're letting loose into the world."

What a wonderful post and such lovely responses. Thank you all.

Speaking of dreams, Terri, you were in mine last night. You visited my kitchen and I was so glad to see you there. You gave me an odd film to watch, a kind of comedy. I'd never heard of it before, but it was something like a puppet show and I thought it might be from Jerusalem.(?!) I thanked you for the gift and for Myth and Moor. You said you were glad to see me searching again, as I often do here on your site.

Sharing this little moment with you all because I think it's a good sign that Myth and Moor has found its way to my dreams. Much love -e

Indeed, our words are potent magic. There's a powerful moral responsibility attached to publishing (making public) any work of art or literature. We must be responsible for the consequences of the actions we take, for the spells we cast. Thoughtless words are most often the ones that hurt. Careful, crafted words can heal and redeem.

I wrote a thing about the use and importance of symbolism in the way we write fiction, if anyone's interested:

Yes, patience is an essential key to life and learning as well as enduring. I am trying to become more patient with time and age. Thank you so very much for these lovely comments toward my poem. I deeply appreciate them!

Tilly and I thank you, Mokihana.

A stunning poem, Jane, drawing on so many ancient poetic traditions from Celtic Ireland to the New World.

This is exactly the poem I needed to read today. Bless you.

Thank you, dear. That means a lot.

I'm so glad to know we had such a lovely interaction on the dream plane, since we didn't get to meet in the real world in March!

Thank you for the link, Austin. xx

So glad this could help ease your stress! Many thanks for your lovely comment!