Jumping in....
A celebration of slowness 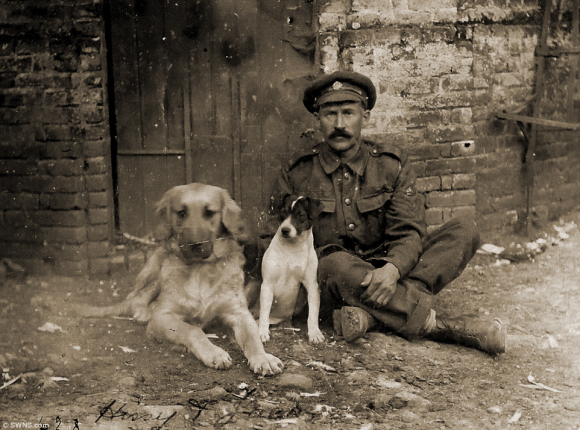 The music today is from Devon's great folk & roots duo Show of Hands: singer-songwriter Steve Knightley and multi-instrumentalist Phil Beer, often joined by bassist Miranda Sykes. They've released over twenty albums since the late 1980s, and are much beloved here in the West Country.

The first two videos are from Centenary: Words & Music of Great War -- a two-album set that features classic World War I poetry (read by Jim Carter and Imelda Staunton), re-workings of songs of the period, and new songs written for the project.

Above: "Gameskeeper," the poignant story of a gameskeeper from Devon who fought in the Battle of the Somme. The song was played in Exeter this past Friday -- the 100th anniversary of the first day of the battle -- at the opening of an art installation by Rob Heard, consisting of 19240 shrouded figures representing each of the Allied soldiers who lost their lives on that single day.

Below: "The Lads in Their Hundreds," with lyrics from A.E. Housman's A Shropshire Lad. Though published in 1896, this section of the poem works beautifully in a WW1 context.

In this time of political turmoil, I'm drawn to the combination of passion and compassion underlying the band's more political songs. "Company Town"  (above), for example, looks at America during the Depression and Dust Bowl days...and relates aspects of that era to our own.

"Country Life," below, is a song about left-behind farming communities in the West Country today, ravaged by the affects of corporate Agribusiness, the Foot-and-Mouth Disease crisis, and years of neglect by urban-based politicans. (The band's long commitment to rural issues reminds me of the musicians behind Farm Aid in America.)

And last, in a different vein, from the "folk ballad" part of their repetoire:

"Cruel River" is a song based on the local folklore of the River Dart. Knightley discusses the song's genesis at the start of the video below, then performs it, starting at the 2:22 mark, with Beer, Sykes, and fellow Devonian Seth Lakeman on hammer dulcimer. (We listened to Seth's wonderful music just a few weeks ago.) 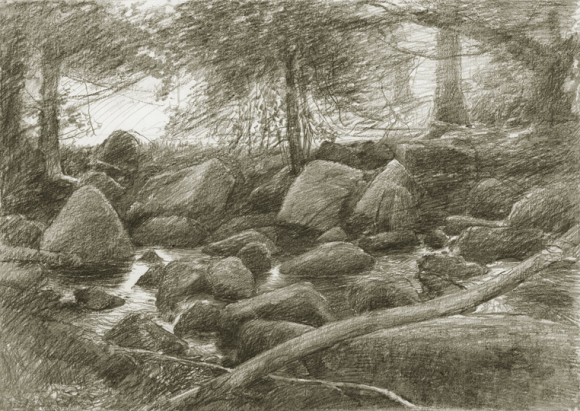 The photo at the top of this post is from "Dogs of War," photographs of soldiers and dogs from WWI. More vintage hounds here. The drawing at the bottom is a Devon river sketched by Alan Lee.

I came across your website because I looked up the meaning for Faire er se Taire by Flaubert. Google sent me here. Wrote down the meaning (shut up and get on with it) and then clicked to see your latest post.

What a treasure! I listened to that beautiful song that I would never have heard had I not stopped by. So glad I did. Thank you for sharing it!

You're very welcome. Glad you found it!

Super rad blog! could you give my blog a look?