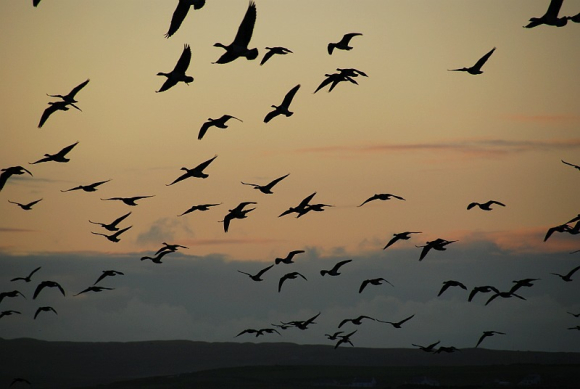 My apologies for being away from Myth & Moor for longer than expected. I spent a week of solitude in a very beautiful place (more about that tomorrow), then came down with the flu shortly after my return. I'm on the mend now, however, and back to a regular studio schedule (touch wood).

I was surrounded by birds and birdsong during my week away from home, so this morning's music is an homage to all of our winged neighbors....

Above: The Leipzig Radio Symphony Orchestra performs "Cantus Arcticus, Op.61" by Finnish composer Einojuhani Rautavaara (1928-2016). Rautavaara passed away just a few months ago, but his gorgeous and rather mystical music lives on. In this piece, the conventional instrumental soloist is replace with taped birdsong from Arctic Finland.

Below: "The Blackbird," a short piece for flute and piano by French composer Olivier Messiaen (1908-1992), performed by Kenneth Smith on flute and Matthew Schellhorn on piano. Messiaen was a passionate ornithologist as well as a musician, and spent a great deal of time in the wild studying birdsong.

And last: "The Birds," a suite for small orchestra by Italian composer Ottorino Respighi (1879-1936), inspired by 17th & 18th century works attempting to render bird song and movement as musical notations. The first three movements of the suite are performed below by the Academic Chamber Soloists Prague. 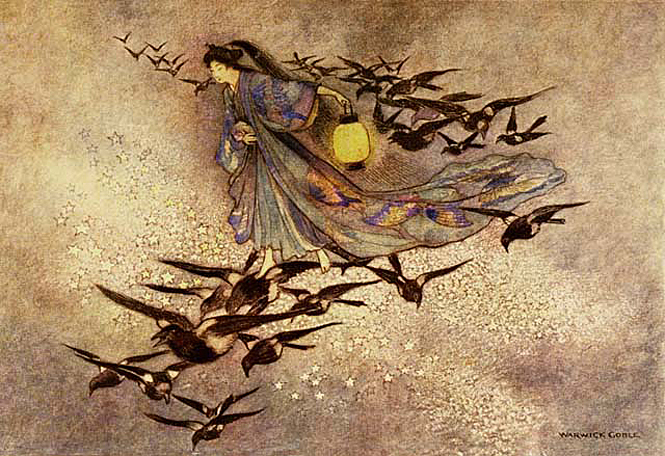 I wish I could also offer you something from John Harvey's Bird Concerto with Pianosong, but I can't find any performances of it online at all -- so I can only urge you to seek out London Sinfonietta's recording of this stunning piece of music if you don't know it already. 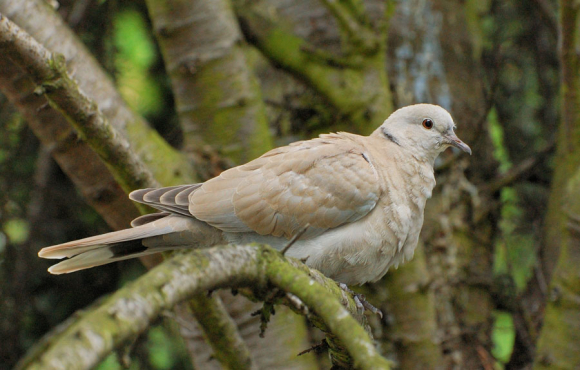 The illustration above is "Green Willow" by Warwick Goble (1862-1943). The photographs are from Wiki Commons, photographers credited in the picture captions.

Brilliant and beautiful selection of music this morning, Terri. And welcome back; much missed.

Agree wholeheartedly; lovely music and lovely to have you back.

Thank you, Terri. I'm at the office, in a gloomy day, and this helps to fly away just a little.

Oh Terri, so happy to see you are back and feeling well. You were so missed!
Just love the gorgeous music this morning! I am blessed with their beautiful song and presence every day in my wooded backyard. They bring peace to my heart. Thank you for this!

And welcome back. I missed you!

You always lift us.....today you are soaring!

Welcome back Terri! I have missed you and I am glad that you feel better. Your words and music choices are uplifting and beautiful! Thank you! ❤️

So glad to see you are back. Relieved too. Now off to listen to a selection of beautiful music.

the geese are singing their Samhain-song in the green fields behind our cottage too.... their yearning voices make me happy and sad at the same time...

warm greetings from Frisia, the Netherlands

Yes, so nice to see you are here, again.

Good to have you back and thank you for the work you do in putting together such lovely posts.

Welcome home! So good to hear you are well and back in your magical studio. Birdsong always lifts my spirits. I'm fortunate to live in a neighborhood loud with birdsong, especially in the early morning. The best alarm clock. Thank you for the music on a blustery day.

Welcome back, and thank you for a lovely return. Continue well.

Happy homecoming! I love to work with the sounds of Rautavaara playing....I did not know he had passed. :( His music takes me to another world. When I listen to Cantus Arctics I feel I am in the Northern tundra among ermine, arctic fox, lemmings and the great polar bear. Glad you are well.

Thank you for all the homecoming greetings. It's good to be in the studio again!