The practice of kindness
Tunes for a Monday Morning

The Peace of Wild Things 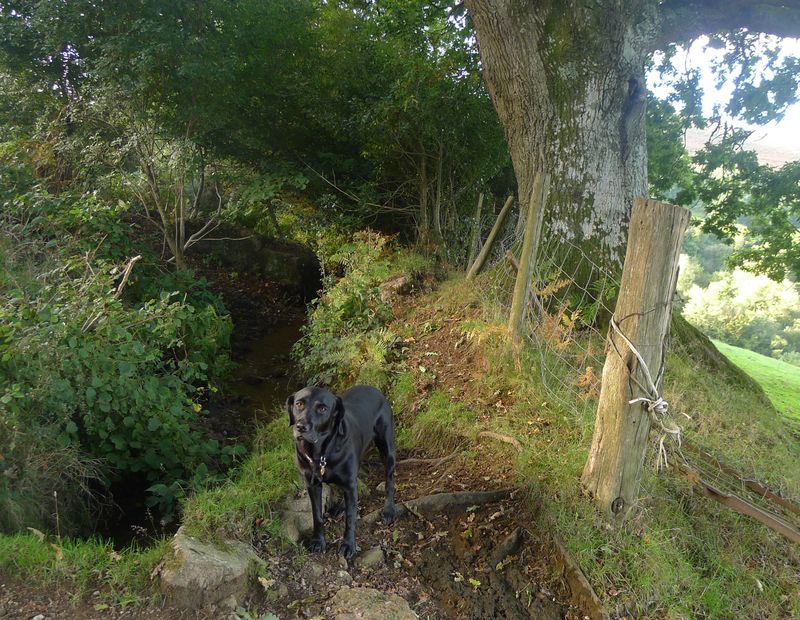 During my coffee break beside the stream yesterday, I was struck by the following words in Priscilla Stuckey's Kissed by a Fox (and Other Stories of Friendship in Nature):

"If mind belongs to humans alone," she writes, "then stones, trees, and streams become mere objects of human tinkering. We can plunder the earth's resources with impunity, treating creeks and mountaintops in Kentucky or rivers in India or forests in northwest America as if they existed only for economic development. Systems of land and river become inert chunks of lifeless mud or mechanical runs of H2O rather than the living, breathing bodies upon which we and all other creatures depend for our very lives. 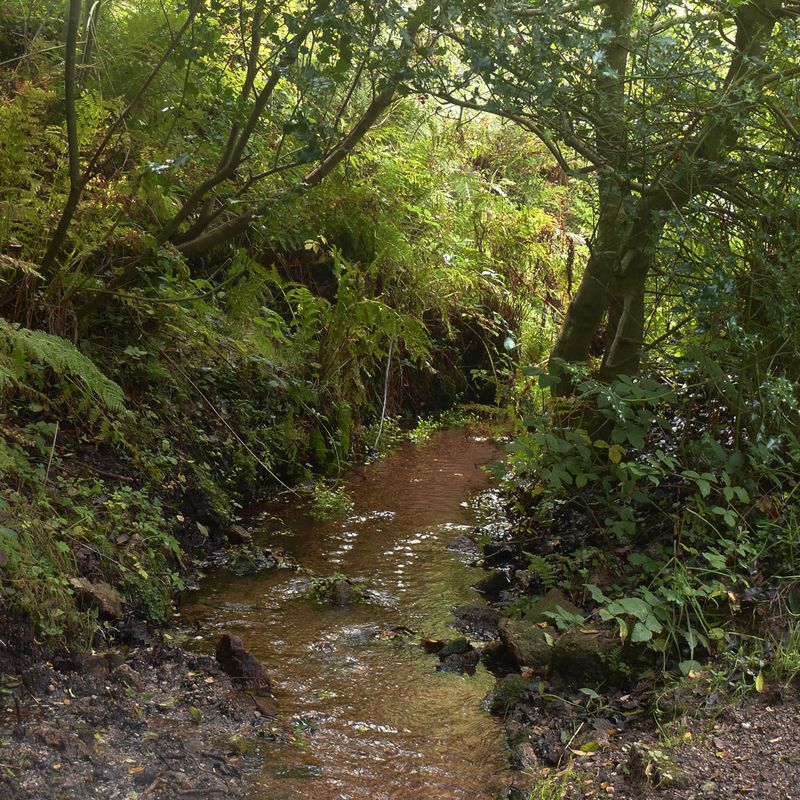 "Not to mention what 'nature as machine' has done to our emotional and spiritual well-being. When we regard nature as churning its way forward mindlessly through time, we turn our backs on mystery, shunning the complexity as well as the delights of relationship. We isolate ourselves from the rest of the creatures with whom we share this world. We imagine ourselves the apex of creation -- a lonely spot indeed. Human minds become the measure of creation and human thoughts become the only ones that count. The result is a concept of mind shorn of its wild connections, in which feelings become irrelevant, daydreams are mere distractions, and nighttime dreams -- if we attend to them at all -- are but the cast-offs of yesterday's overactive brain. Mind is cut off from matter, untouched by exingencies of mud or leaf, shaped by whispers or gales of wind, as if we were not, like rocks, made of soil.

"And then we wonder at our sadness and depression, not realizing that our own view of reality has sunk us into an unbearable solipsism, an agony of separateness -- from loved ones, from other creatures, from rich but unruly emotions, in short, from our ability to connect, through senses and feeling and imagination, with the world that is our home." 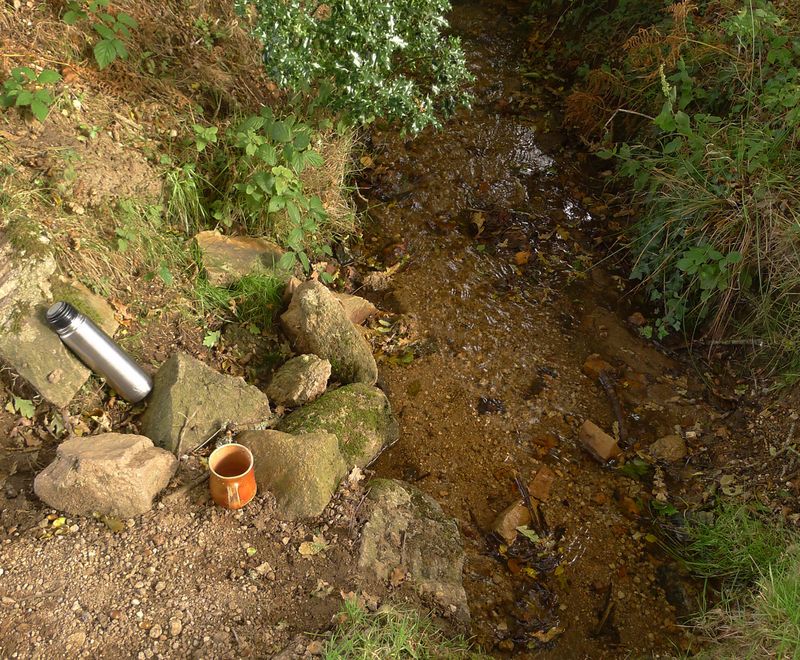 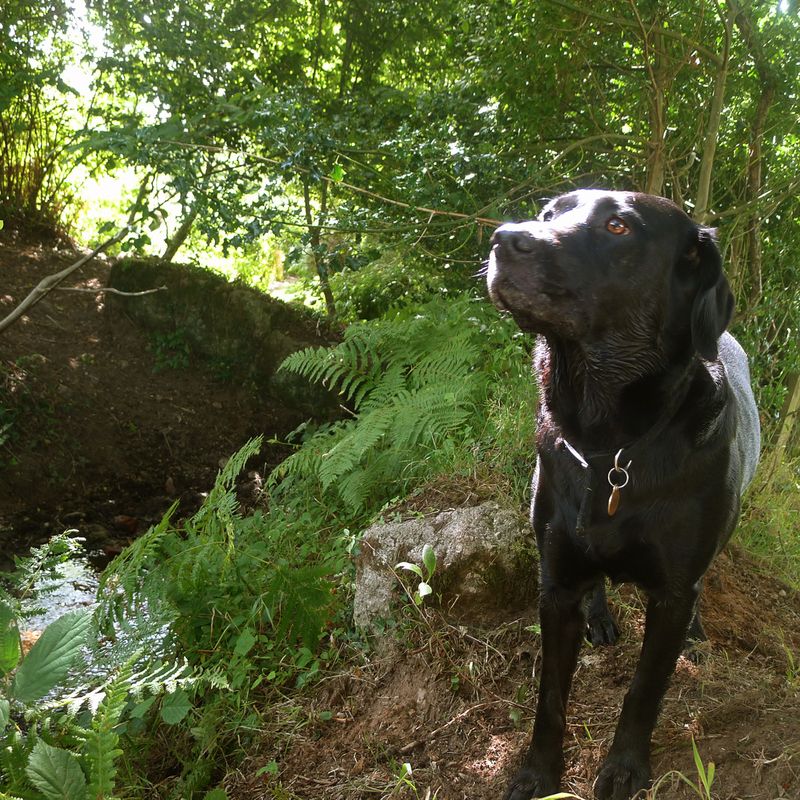 A little later in the same essay she writes:

"And here lies the crux of the matter: to say that nature is personal may mean not so much seeing the world differently as acting differently -- or, to state it another way, it may mean interacting with more-than-human others in nature as if those others had a life of their own and then coming to see, through experience, that these others are living, interactive beings.

"When nature is personal, the world is peopled by rocks, trees, rivers, and mountains, all of whom are actors and agents, protagonists of their own stories rather than just props in a human story. When Earth is truly alive, the world is full of persons, only some of whom are human." 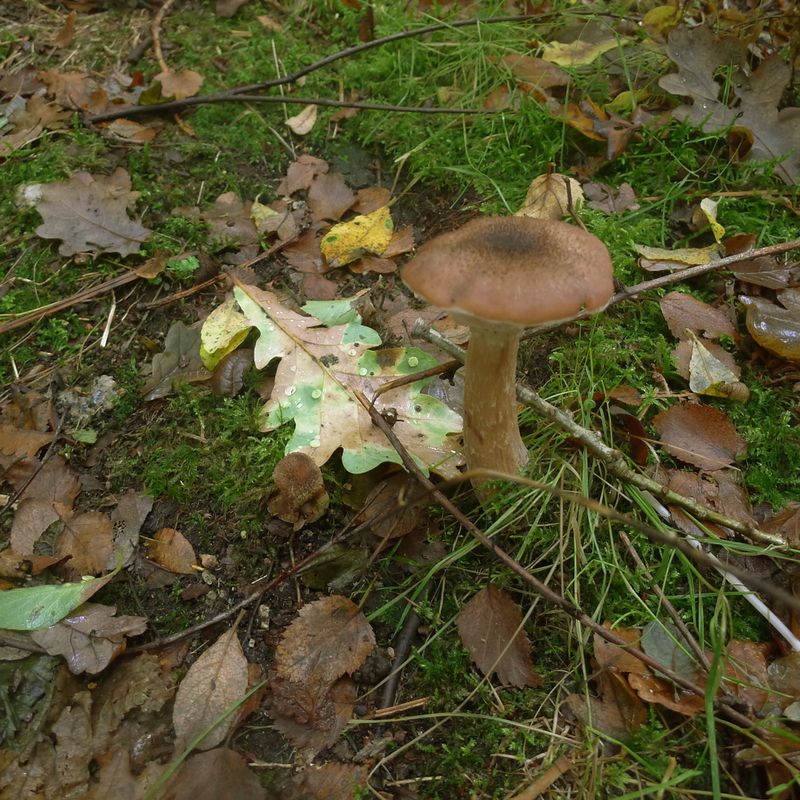 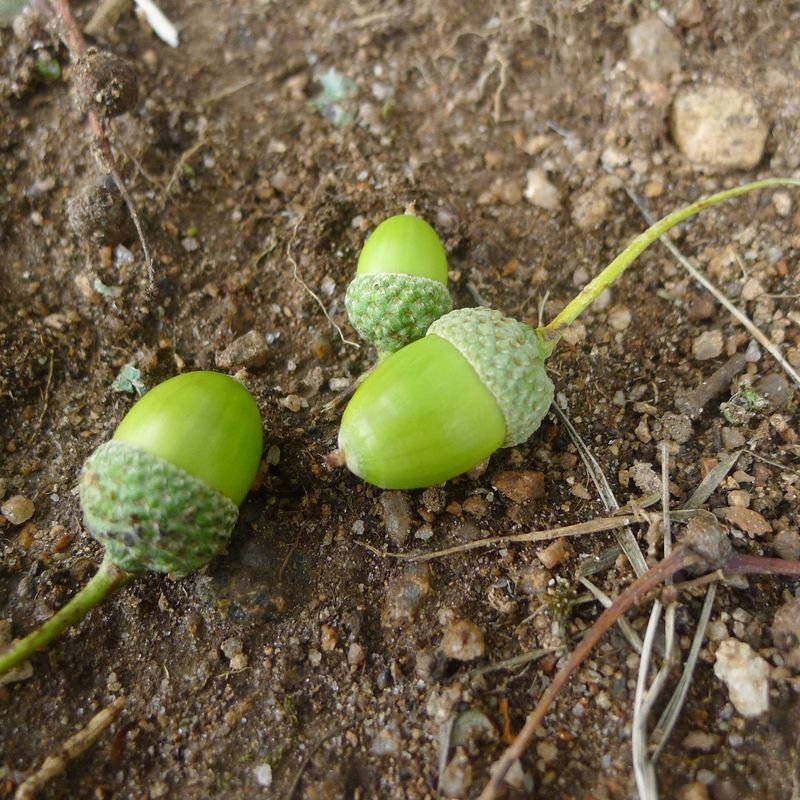 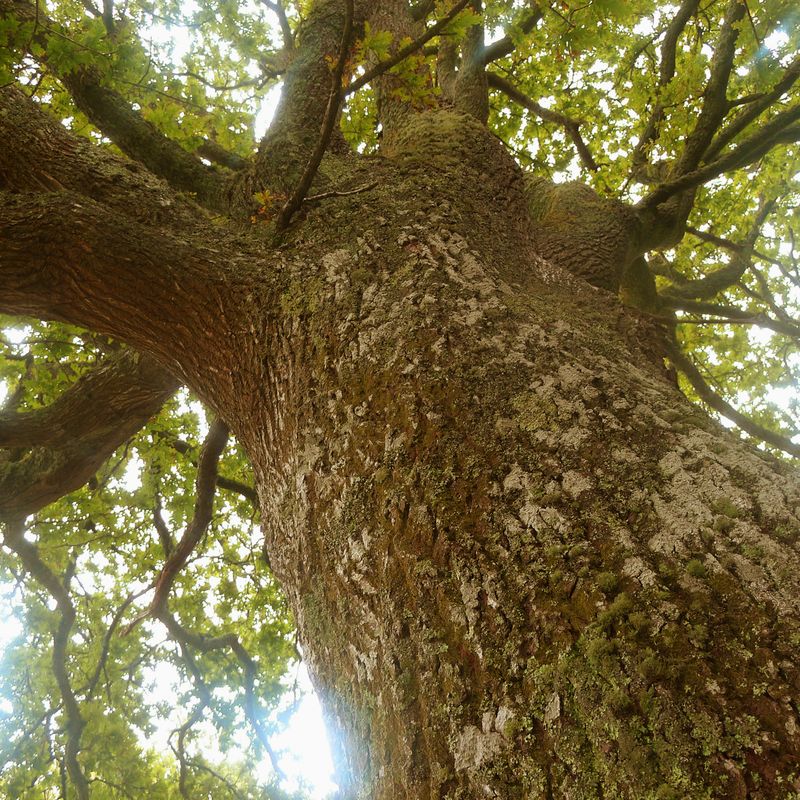 "If we put aside the self-awareness standard -- and really, how arbitrary and arrogant is that, to take the attribute of consciousness we happen to possess over all creatures and set it atop the hierarchy,

proclaiming it the very definition of consciousness (Georg Christoph Lichtenberg wrote something wise in his notebooks, to the effect of: only a man can draw a self-portrait, but only a man wants to) -- it becomes possible to say at least the following: the overwhelming tendency of all this scientific work, of its results, has been toward more consciousness. More species having it, and species having more of it than assumed. This was made boldly clear when the 'Cambridge Declaration on Consciousness' pointed out that those 'neurological substrates' necessary for consciousness (whatever 'consciousness' is) belong to 'all mammals and birds, and many other creatures, including octopuses.' The animal kingdom is symphonic with mental activity, and of its millions of wavelengths, we’re born able to understand the minutest sliver. The least we can do is have a proper respect for our ignorance.

"The philosopher Thomas Nagel wrote an essay in 1974 titled, 'What Is It Like To Be a Bat?,' in which he put forward perhaps the least overweening, most useful definition of 'animal consciousness' ever written, one that channels Spinoza’s phrase about 'that nature belonging to him wherein he has his being.' Animal consciousness occurs, Nagel wrote, when 'there is something that it is to be that organism -- something it is like for the organism.' The strangeness of his syntax carries the genuine texture of the problem. We’ll probably never be able to step far enough outside of our species-reality to say much about what is going on with them, beyond saying how like or unlike us they are. Many things are conscious on the earth, and we are one, and our consciousness feels like this; one of the things it causes us to do is doubt the existence of the consciousness of the other millions of species. But it also allows us to imagine a time when we might stop doing that."

In addition to Stuckey's book and Sullivan's essay, I recommend Brandon Kein's "Being a Sandpiper" (Aeon); Stephen M. Wise's "Nonhuman Rights to Personhood" (pdf); and Karen Joy Fowler's brilliant and devastating new novel, We Are All Completely Beside Ourselves. (Avoid reviews of the latter if you possibly can. The less you know about the story before you read it, the more wonderful it is.) 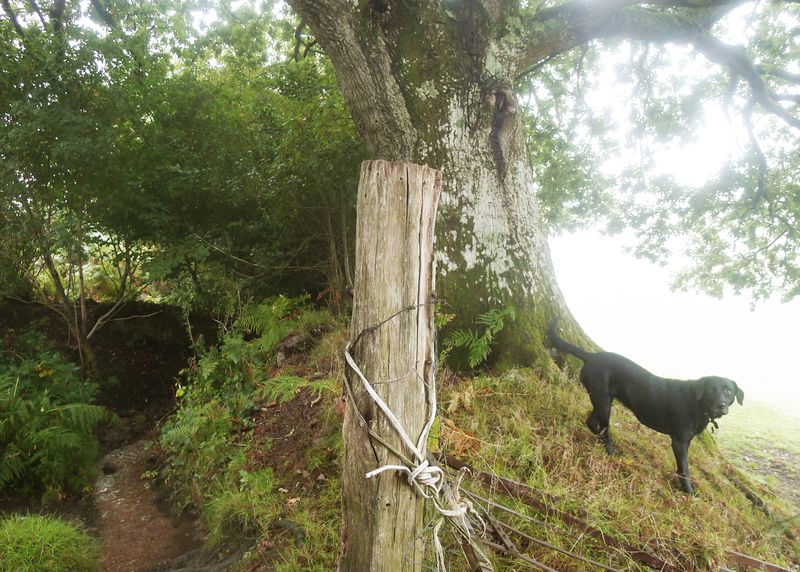 The passage by Priscilla Stuckey above is from Kissed by a Fox & Other Stories of Friendship in Nature (Counterpoint, 2012). The poem in the picture captions is from The Selected Poems of Wendell Berry (Counterpoint, 1999). You can hear the author read it here. All rights to the text above reserved by the authors.

We know wolves speak to the moon,
tigers in their passing
signal a warning, foxes signify
their domain, owls defend it.

Even carrots breath, scream
when they are pulled
out of familiar ground.
Scientists have recorded this.

Corn roots hold converse
under the earth,
possibly verse as well
though who can parse the rhymes?

Why do we still believe language
and breath belong to us alone
in this complex we call world?
How un-sentient of us.

Rabbits in their hurry
to escape the world's teeth,
bees signaling comrades
on the way to the hive.

Ants in their busy commute
pass trade secrets to one another.
Flowers whisper sentiments
into the ears of the breeze.

These voices populate
and propel understanding
if we pause to listen.
Only if we listen.

Great poem Jane, but there's something in it that I find even more disturbing than Trump's foreign Policy...Carrots scream when they're pulled from the earth!!!??? Does that mean that even vegetarians are guilty of inflicting pain and suffering? Is peeling and boiling a potato as hideous a crime as boiling a live lobster? If so, how can any of us step through this existence without gathering so much karma we'll be on the treadmill of physical life for eternity!!!!

OK, a lot of what I say is tongue in cheek, but really, the thought of sentient vegetables is deeply, deeply depressing.

I've picked plenty of fruit and vegetables and never got the feeling that they were screaming. In fact harvesting food by hand gives real meaning to the idea of the bounty of nature. When ripe, the toamtoes and blueberries and pears just fall into your hands. The principle seems to be that there's enough for everyone's need but not for anyone's greed.
It's a great pity to obscure the very important question of animal personhood and the sentience of nature wth vegetarian pieties. All animals and birds, except scavengers, kill to eat in order to survive. Humans are part of nature and no exceptions to this rule.

Not aware that vegetarian pieties are at work here (in fact personally speaking, I'm not vegetarian) and I suspect that many of the people who follow this blog would agree that animal personhood, individuality and identity are very important questions. Likwise I'm not sure that many of us would be surprised that humans are part of nature and have an integral part to play within the infinite complexities of its patterns and systems. Also, with great respect, I'd like to point out that though you've never felt that the fruit and vegetables you've harvested were screaming, this isn't actually proof positive that they were not.

Actually there are scientific studies done with miniature microphones below earth: recent scientific studies of corn roots, fennel, carrots. It seems they emit sounds that can’t be heard by the human ear alone, but can be recorded and put on sonograms. Are they gossiping, telling stories, complaining?

I found this out researching for a book of children's poems called THUNDER UNDERGROUND.

This put into words how my world is to me. I've been trying to formulate it somehow in the back of my mind for a while now. I live in a small city, and always tend to see and feel birds, animals and trees more than the people in it - as if humans are the moving parts and nature is the constant.. Oh well, luckily I have trees and wildlife outside my flat.
For without trees I cannot live! (Anne Shirley, methinks?) :)
(Note: I am not a misanthrope. And I wish I could express all this in much finer words but English is not my first language.)

You caught the light just perfectly on the close-up of Tilly.

coming to see, through experience, that these others are living, interactive beings.
Priscilla Stuckey

just a strong wind
in the stretched-out green of trees
trying the patience of a bird.
.
Carefully, the rock pigeon
pulls grass from a pile of loose dirt
and flies up to finish her nest.
Over and over, she repeats this task
as the gust scatters her supply.

For a moment she pauses, a clay sculpture
that 's suddenly moved
by something she sees. Her head
titling in a curious way, her throat poised
to ask what's wrong.

After a long morning of lamenting
a lost heirloom, I smile
and part of the day I wasted
saved by delight.

I take snippets of our torn screen
and place them on the ground
weighted by a stone.
The wild dove nods

and then sips rainwater left
in a sun glass lens that has fallen
out of its frame.
Light turning
the makeshift vessel into a copper bowl.

Beautiful poem, inventive and pertinent to a living environment we all need to respect and nurture. I love how you address the "non human" but human character of plants and animals. If only we would listen to them, to the earth, we might be able to save our ill planet!

These voices populate
and propel understanding
if we pause to listen.
Only if we listen.

Thank you for sharing this one, so much enjoyed!

Thanks, Wendy--back from a long day at a conference, and found your lovely note.

What an absolutely lovely piece of poetic observation.

I think you can eat windfalls safely.

Thanks so much Jane,

I deeply appreciate your gracious comment and am glad you enjoyed the poem!

"For without trees I cannot live

I know exactly what you mean and feel the same. I truly revere the beauty and secret knowledge/guardianship of trees! I also believe they hold a language of their own whether in the woods or a garden. Thank you for sharing your lovely view point! I really appreciated it!

For without trees I cannot live