Harvesting stories
Bringing ourselves into our work

A river of words 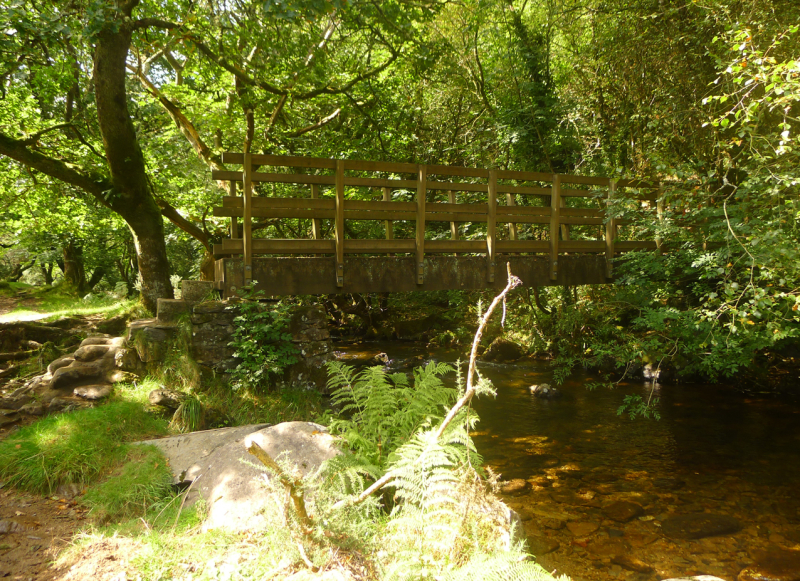 From Words Are My Matter by Ursula K. Le Guin: 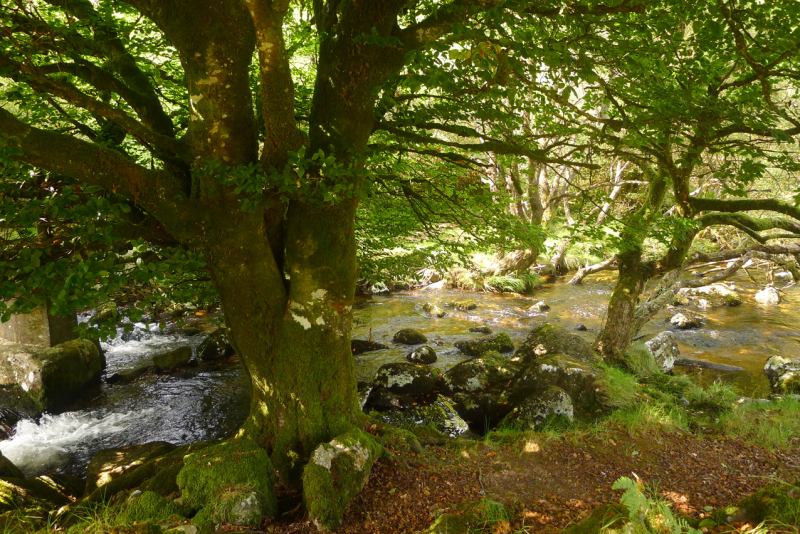 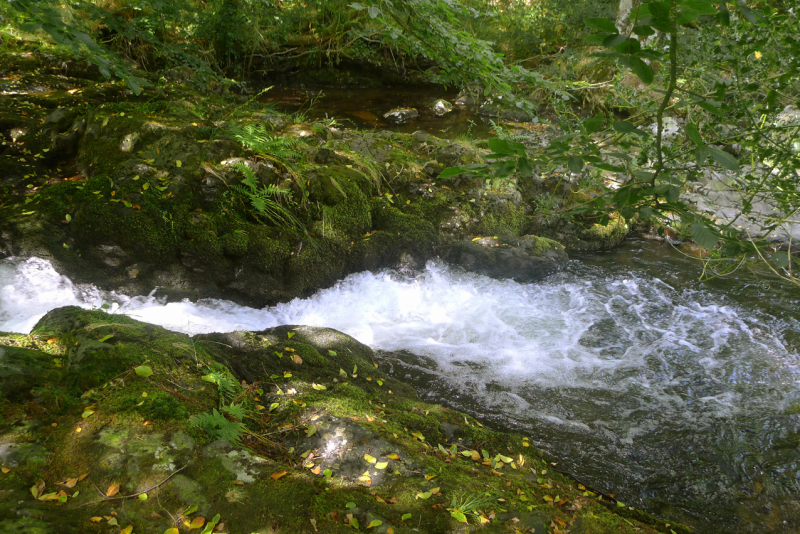 "That appears reasonable, but actually, reproducing experience is a very tricky business requiring both artfulness and practice. You may find you don't know certain important facts or elements of the story you want to tell. Or the private experience so important to you may not be very interesting to others, requires skill to make it meaningful, moving, to the reader. Or, being about yourself, it gets all tangled up with ego, or begins to be falsified by wishful thinking. If you're honestly trying to tell what happened, you find facts are very obstinate things to deal with. But if you begin to fake them, to pretend things happened in a way that makes a nice neat story, you're misusing imagination. You're passing invention off as fact: which is, among children at least, called lying.

"Fiction is invention, but it is not lies. It moves on a different level of reality from either fact-finding or lying. 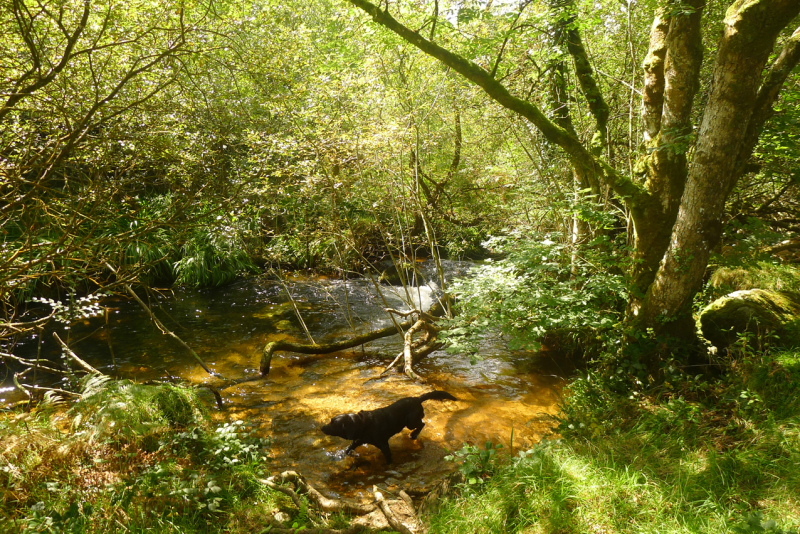 "I want to talk here about the difference between imagination and wishful thinking, because it's important both in writing and in living. Wishful thinking is thinking cut loose from reality, a self-indulgence that is often merely childish, but may be dangerous. Imagination, even in its wildest flights, is not detached from reality: imagination acknowledges reality, starts from it, and returns to enrich it. Don Quixote indulges his longing to be a knight till he loses touch with reality and makes an awful mess of his life. That's wishful thinking. Miguel Cervantes, by working out and telling the invented story of a man who wishes he were a knight, vastly increased our store of laughter and human understanding. That's imagination. Wishful thinking is Hitler's Thousand-Year Reich. Imagination is the Constitution of the United States. 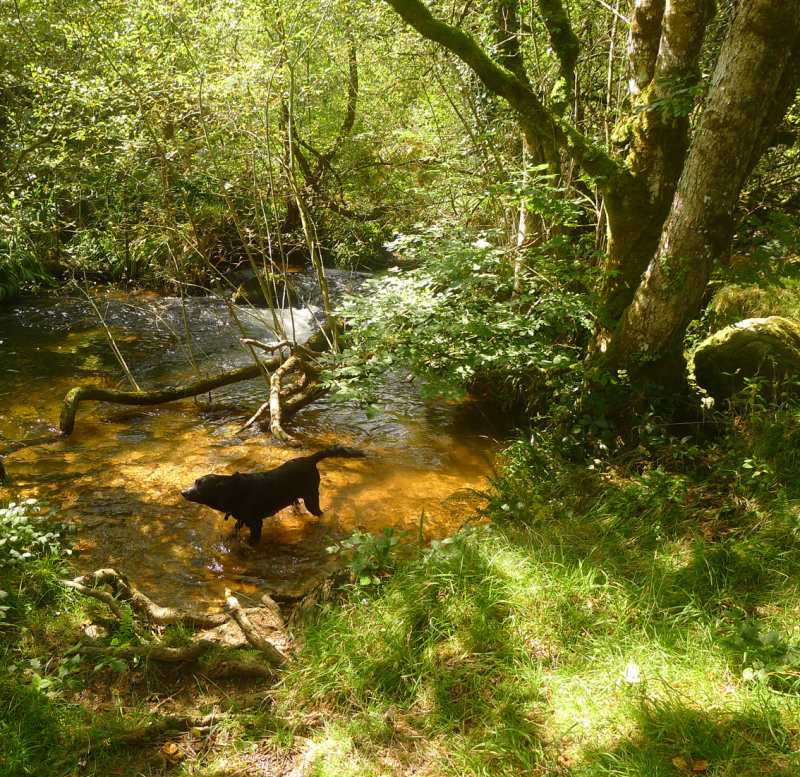 "A failure to see the difference is in itself dangerous. If we assume that imagination has no connection with reality but is mere escapism, and therefore distrust it and repress it, it will be crippled, perverted, it will fall silent or speak untruth. The imagination, like any basic human capacity, needs exercise, discipline, training, in childhood and lifelong. "One of the best exercises for the imagination, maybe the very best, is hearing, reading, and telling or writing made-up stories. Good inventions, however fanciful, have both congruity with reality and inner coherence. A story that's mere wish-fulfilling babble, or coercive preaching concealed in a narrative, lacks intellectual coherence and integrity: it isn't a whole thing, it can't stand up, it isn't true to itself. 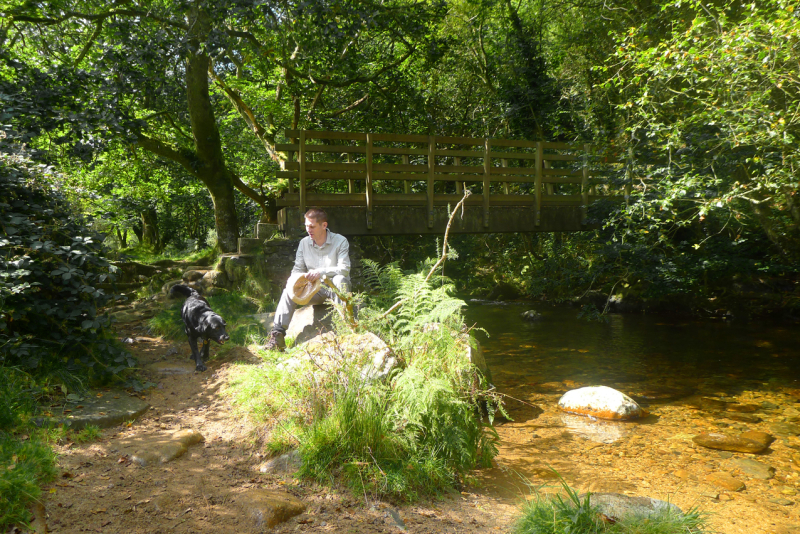 "Learning to tell or read a story that is true to itself is about the best education a mind can have." 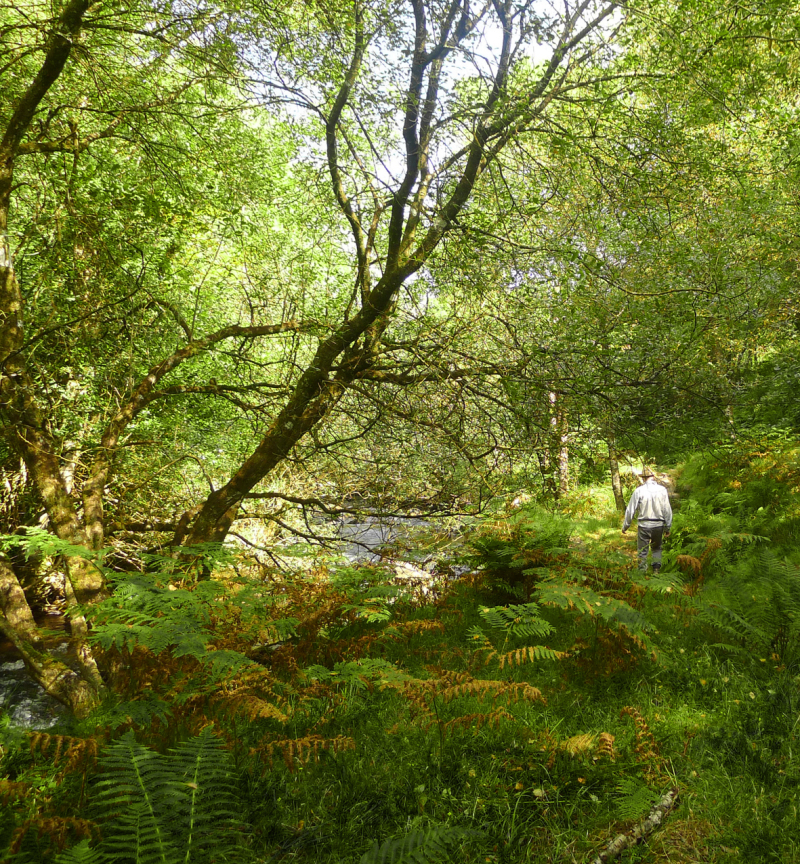 Words: The passage above is from "Making Up Stories," published in Words Are My Matter: Writings About Life & Books by Ursula K. Le Guin (Small Beer Press, 2016). The poem in the picture captions is from High Country (Sandstone Press, 2015). All rights reserved by the authors. Pictures: A walk by the river near Belstone on Dartmoor, with Howard and the hound.

A timely reminder for me the wavy line between imagination and reporting truth.

"One of the best exercises for the imagination, maybe the very best, is hearing, reading, and telling or writing made-up stories. Good inventions, however fanciful, have both congruity with reality and inner coherence."

This is just what I needed today. Thank you, Terri! And Ursula!

Loved the essay by Ursula Le Guin, the poem and those breathtaking pictures. The white rush of the river's breath, the stone wearing it shawl of moss and the trees with their bridge of roots straddling the boundaries between earth and water is something I feel and remember from my home in New York State. These pictures , honestly, bring nature's pulse/spirit alive and invite in one's imagination. Yes, it is "a river of words'! Thank you for this!

And The Word Was Made

There are no sizable stones here
to build a wall or line a fish pond.
You have to buy them at the nursery
or garden center in the mall.

My neighbors have done that. Aligned
in blue and gray, rocks form a river
on their front lawn. There is no water
but I can still taste and feel it, "cool water",
"fresh water", deriving its spirit
from the word.

My shadow wavers in its flow
of fiction -- stretching long and onward
into stories I will write. One
about us standing on the beach
where the ocean plays her music
across the white keyboard of our feet. The refrain
of a recent event unfolding
in her song. Quietly, we blend into glare.
Ghosts in an afterlife of something
vast. The wet sand epitaphed
with our footprints while seagulls hang
on the horizon.

" candelabrum of wings"
caught my breath.

Thanks so much Jane!

I am always encouraged by your wonderful observations/comments.

The land that lies between "Factual" and "True" is the undiscovered country wherein lies a tale. One of the most delightful discoveries one can make in this uncharted land is that a story does not have to be factual to be real and true.

If I were somehow able to come to Bumble Hill and wander the landscape, I think I would have a legitimate deja vu experience from all the beautiful photographs you post on your blog. It would be wonderfully weird.