The Muse of Fantasy
Tunes for a Monday Morning

The stories that shape us 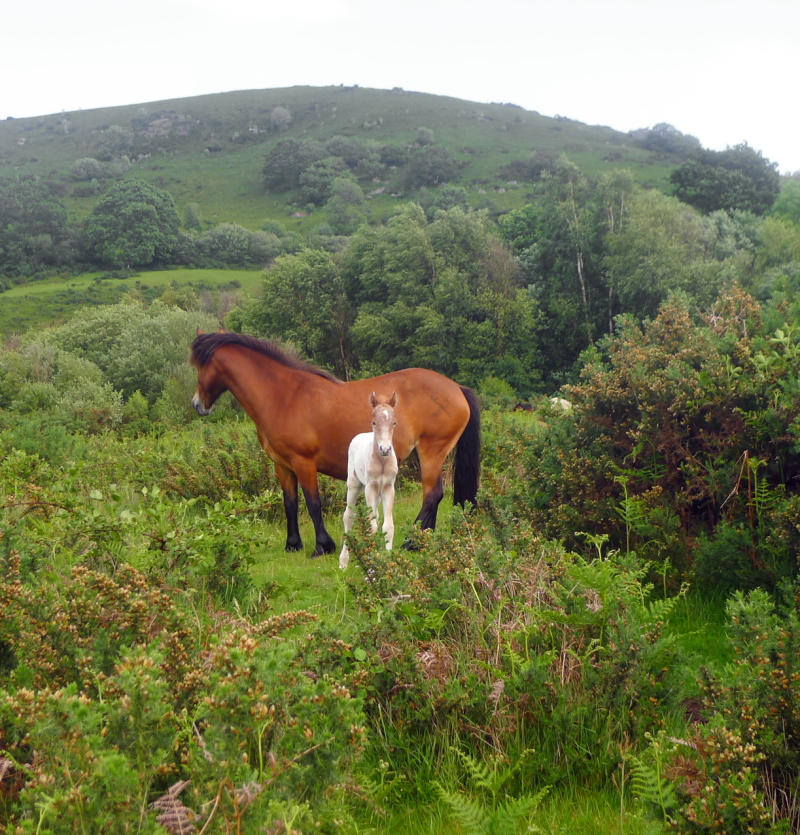 "As a child I preferred fairy tales to all other stories," says novelist Alice Hoffman (in a short essay for Waterstones). "Fairy tales seemed to trust that even as a child I could understand major concepts of good and evil, fear and cowardice, and distinguish the difference between the truth and a lie. Children realize that there are beasts who wish to do good in the world, and adults waiting in the woods who may be dangerous, and paths that should be marked, whether by bread crumbs or tears, so that we can find our way home again. In the world of fairy tales, the amazing is recounted in a matter of fact tone. One ordinary day there is a knock at the door, a rose that refuses die, a spindle that must be avoided at all costs. 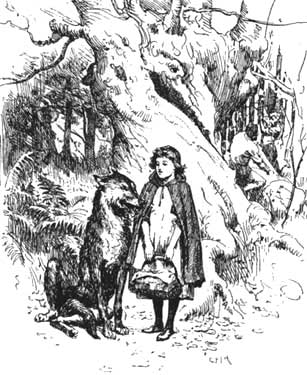 "It was the melding of the magical and the everyday that was most affecting to me as a reader, for the world I lived in seemed much the same. Anything could happen. People you loved could disappear, through death or divorce; they could turn into heroes or beasts. Such stories are perhaps the original stories, tales told by grandmothers to grandchildren from the beginning of time, an oral tradition later captured in print by authors such as Perrault and the Grimms.

"I began to read novels that, like the great traditional fairy tales, incorporated the real and the magical. Every child reader knows that magic equals power and possibility. It is the recourse of the young, the neglected, the orphaned, and the brave. Why are children attracted to magical literature? Magic contains a story within a story, the deepest truth within a thrilling tale. A child can build his or her own understanding through the symbols and language of magic as if connecting with a secret code." 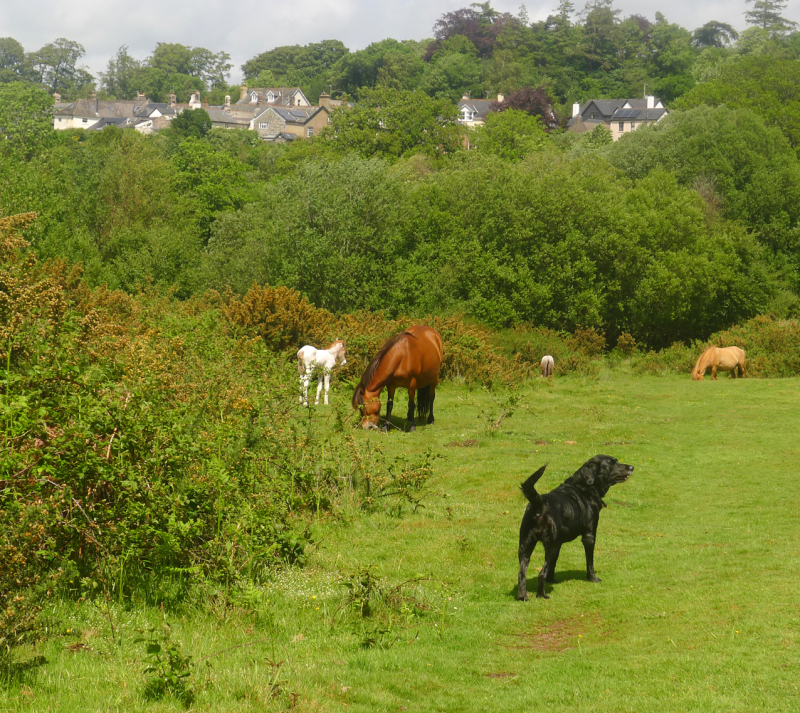 In a longer piece for The Washington Post, Hoffman also discussed the importance of fairy tales in shaping the particular contours of her imagination:

"I read fairy tales early on. They terrified, delighted, disgusted and amazed me. They were far more grown-up than any other children's books I read, scarily so at times. Like most children, I could feel the disturbing aspects of the stories even if I couldn't intellectually understand or articulate their underlying meanings. Still, I knew. I thrilled to them. I learned. Everything in them rang true: the unspoken sexuality  (a woman loves a beast, a girl is nearly eaten by a wolf, a frog wishes to be the husband of a princess), the violence (bad mothers, absent fathers, foul murders), the greed (the house of candy, the cage of gold). I didn't realize it, of course, but the tales were allowing me to examine fear, anxiety, desire, sorrow. It was a dangerous world, but truer to reality than anything else we were allowed -- those safe books with their happy endings.... 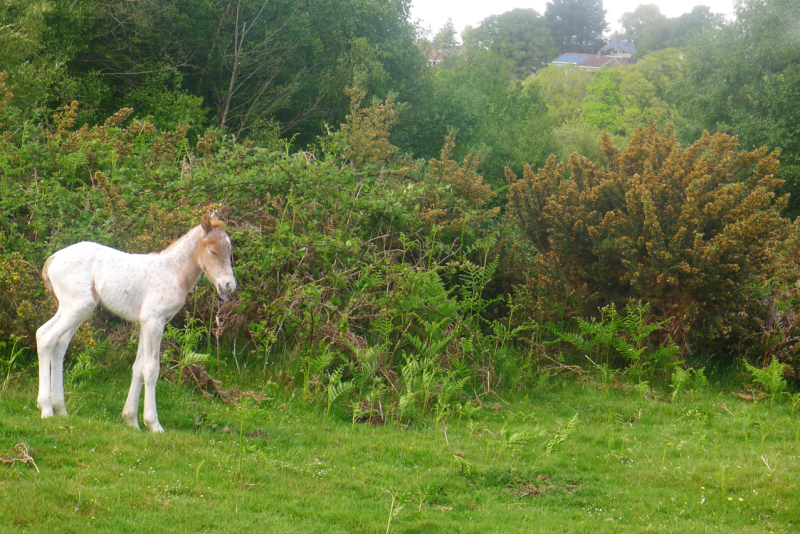 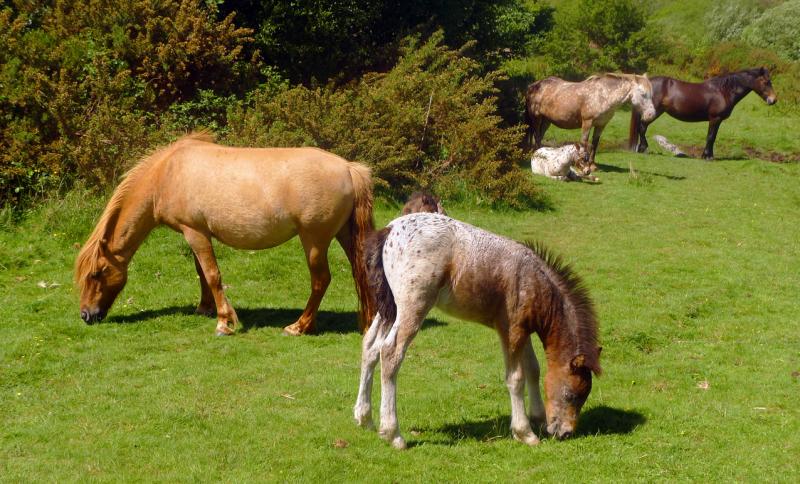 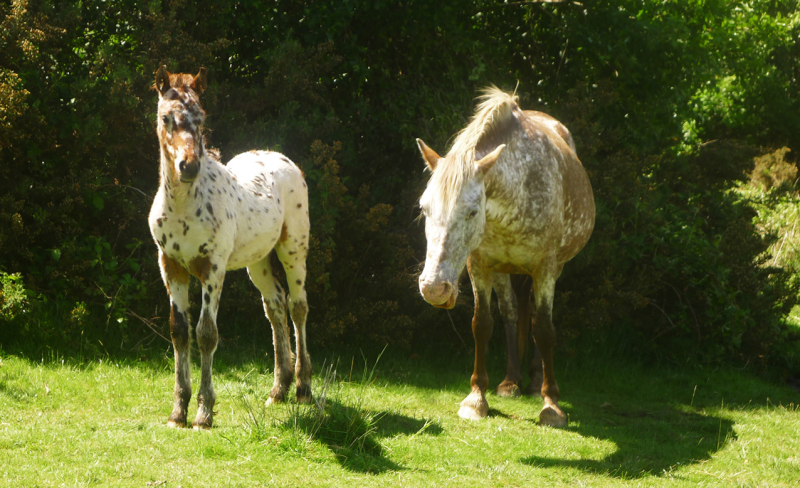 "My initial exposure to storytelling, even before I read fairy tales, came from the stories told to me by the most down-to-earth woman I knew -- my grandmother. The two of us might have been in the market or on the subway, we might have been walking down Jerome Avenue or drinking tea with cubes of sugar in her overheated apartment, but we were also in Russia. We were dropped into her childhood, stuck in a snowstorm, running for our lives. When I heard about the wolves that howled all night, about the rivers where the ice was so thick it didn't melt until May, about men who worked so hard that they sometimes slept for a month in the winter, like bears, I was hearing the deeper truth of my grandmother's life, the complex universe that she carried with her, a very personal once-upon-a-time. This was the beginning of my life in the world of storytelling. And, perhaps, it was not unlike the very start of storytelling itself. 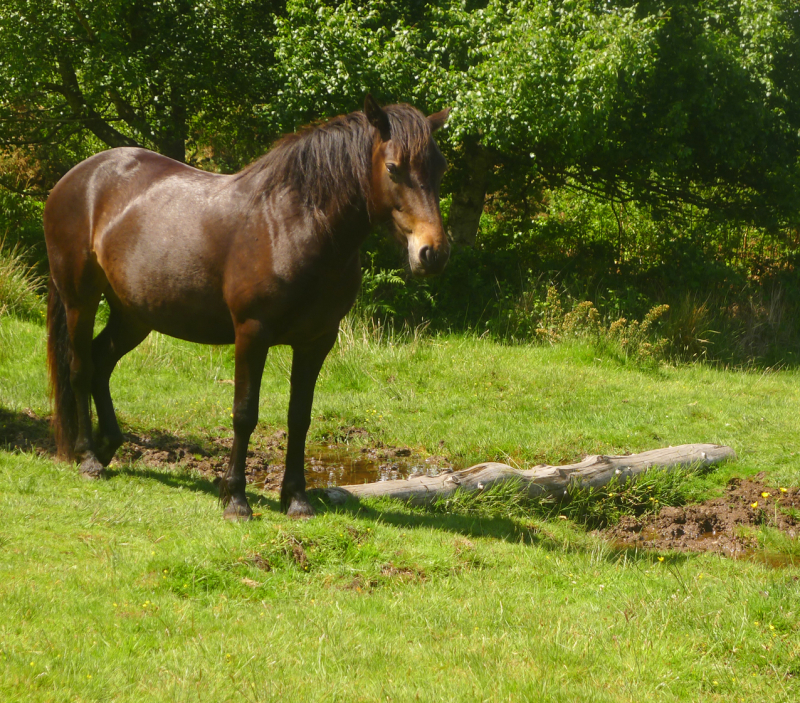 "Do people choose the art that inspires them -- do they think it over, decide they might prefer the fabulous to the real? For me, it was those early readings of fairy tales that made me who I was as a reader and, later on, as a storyteller." 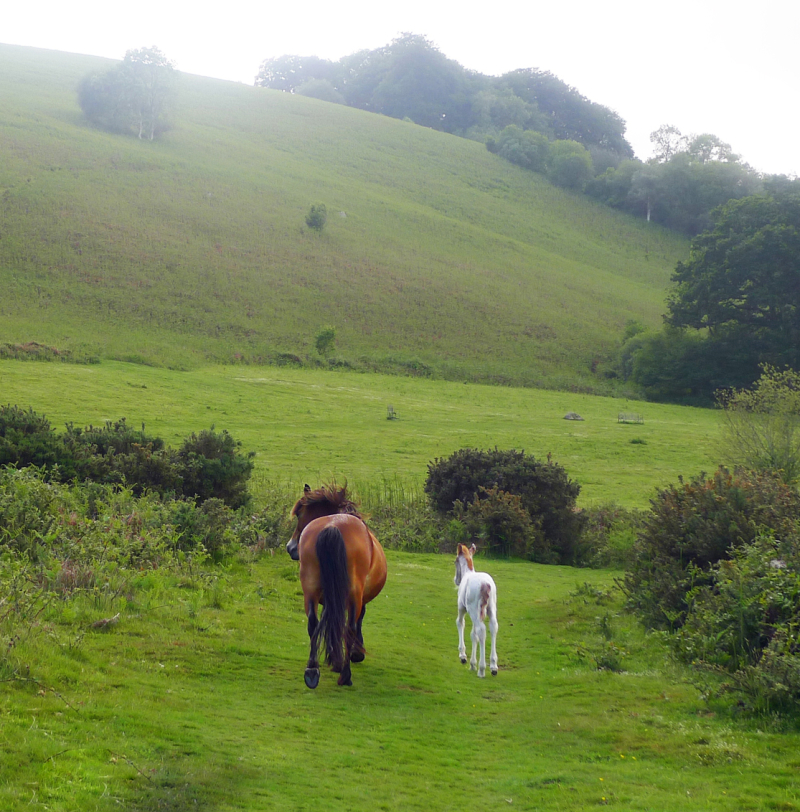 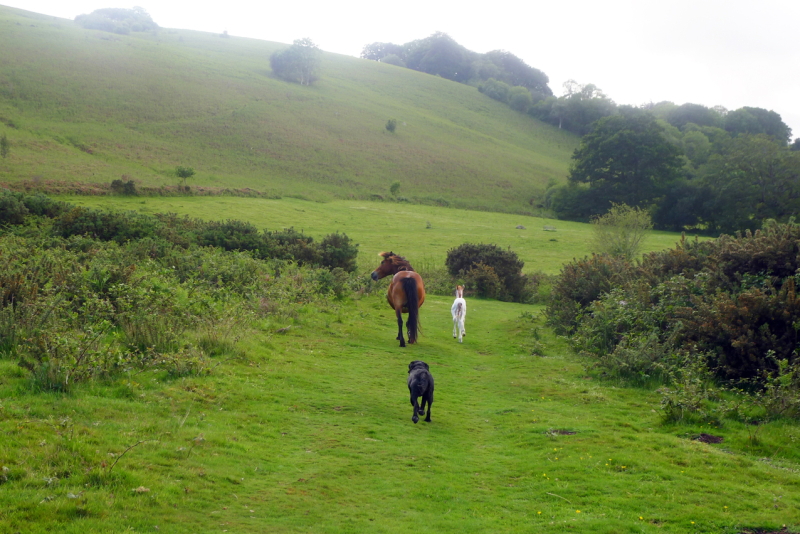 Words: The Alice Hoffman quotes above are from  "The Rules of Magic" (Waterstones, March 6, 2015), and an older piece on fairy tales first published in The Washington Post (alas, I no longer have the date). The quotes in the picture captions are from a wide variety of sources including Jane Yolen's Touch Magic and Marina Warner's Once Upon a Time, both of which I recommend.  All rights reserved by the authors.

Pictures: The photographs are of Dartmoor ponies grazing on our village Commons. (Tilly is very good with these wild pony herds: she loves to watch them but doesn't chase, and she always keeps a respectful distance. ) The illustration is "Little Red Riding Hood" by G.P. Jacomb Hood (1857-1929).

Splendid! I was lucky enough to read an advance copy of her new book, Rules of Magic and was beyond pleased/excited/satisfied by the experience.

It's a sequel to Practical Magic, isn't it? I am SO looking forward to that.

I too love Alice Hoffman's books, so I especially loved this post today.

The photograph at the top of the post is so magical it's almost unreal. You live in an Alice Hoffman world.

Another feast, thank you Terri. Between your world of fairy tales and stories that shape us and a question of keeping the promises we make, I feel blessed. And then, it rained (first in three months).

I loved all of this!

There is a theory that menopause made us human, that it allowed women to live past childbearing and become repositories of wisdom for the tribe (The Grandmother Hypothesis). With grandmothers to watch over and teach the young children, their mothers could concentrate on gathering more food. The single mothers relying on their own mothers to help them raise their children is an old, old paradigm. I feel much the poorer for not having had very much exposure to my grandmothers. Knowing them would not only have helped me understand who my mother is, but who I am in the great scheme of things. My mother's mother was a truly remarkable woman, and I deeply regret that I was not able to get to know her.

Yes it is. Mostly set in NYC during the 1960s and in Central Park in particular and features the Aunt's from the first book as young and growing sister (plus a brother). Couldn't put it down myself.