When we had wings
Wild communion Today, music for the birds....

Above: "Seven Hundred Birds" by Monika Gromek's band Quickbeam, from Glasgow, Scotland. The atmospheric video was filmed in the hills of Cumbria.

Below: "Starlings" by Welsh composer and guitarist Toby Hay. The song first appeared on his Birds EP -- five songs inspired by starlings, ravens, curlews,  and red kites. It can also be found on his fine album The Gathering, which came out last year.

Below: "Hour of the Blackbird" performed by Ninebarrow (Jon Whitley and Jay LaBouchardiere), from Dorset, England, accompanied by Lee Cuff (from Kadia) on cello. I recommend both Ninebarrow albums, Releasing the Leaves and While the Blackthorn Burns. 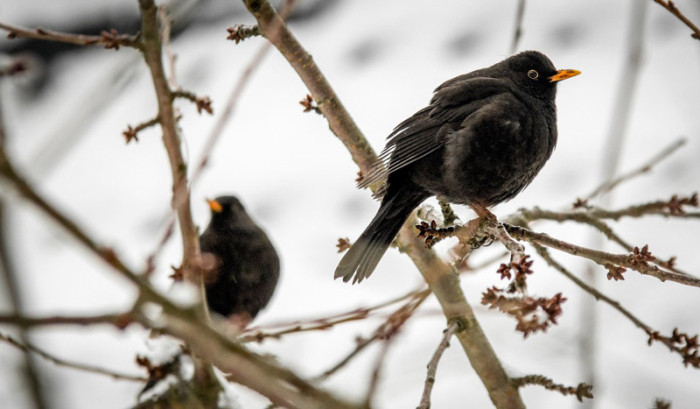 Above: "Song of the Jay" by Edgelarks (Phillip Henry and Hannah Martin), from here in Devon. "The Californian bush jay," they explain, "has been observed by scientists to give 'funerals' for other birds -- gathering, and giving a special call, known as a 'scold' -- regardless of species."

Below: "Echo Mocks the Corncrake" (audio only) by Scottish singer/songwriter Karine Polwart. The song was written for the Songs of Separation project (discussed in a previous post here), in which 10 English & Scottish women folk musicians gathered on the Isle of Eigg to create an album reflecting on "separation" in its many forms. Eigg, in the Scottish Hebrides, is one of the few remaining strongholds for corncrakes in the UK. 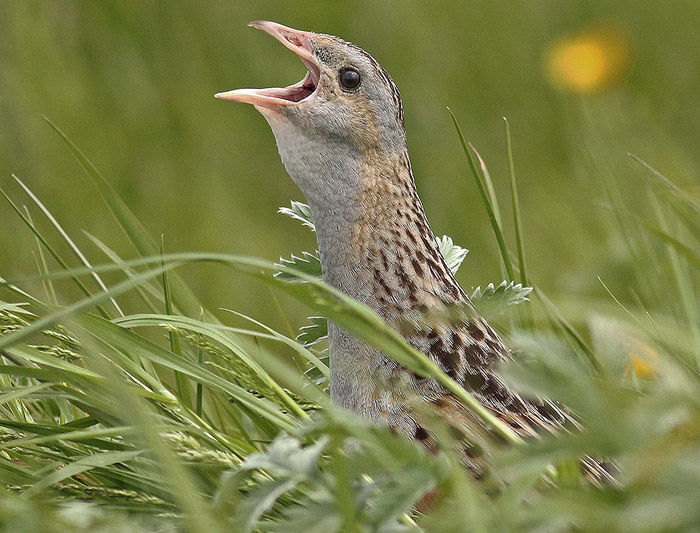 Above: "The Wren and the Salt Air" by Scottish singer/songwriter Jenny Sturgeon, inspired by the wildlife and human history of St. Kilda in the Outer Hebrides. (St. Kilda was discussed in a previous post here.) Sturgeon's new work-in-progress is Northern Flyaway with Inge Thomson (from the Shetland Isles): a musical exploration of birdsong, ecology, folklore, and themes of migration. Visit the Northern Flyaway Facebook page to learn more about the project, and to watch it evolve.

Below: Two accomplished young English musicians team up to perform "Wings," written by Brian Bedford. Jackie Oates is a folksinger and fiddle/viola player from Staffordshire; her latest album is The Spyglass and the Herringbone. Megan Henwood is a singer/songwriter from Oxfordshire; her new album is River. Oates and Henwood are accompanied here by video clips of starling murmurations and Pete Thomas on double bass.

To end with: "Hægt, kemur ljósið (Slowly, comes the light)"  by Icelandic composer Ólafur Arnalds. The beautiful black-and-white animation is by Esteban Diácono, based in Buenos Aires. 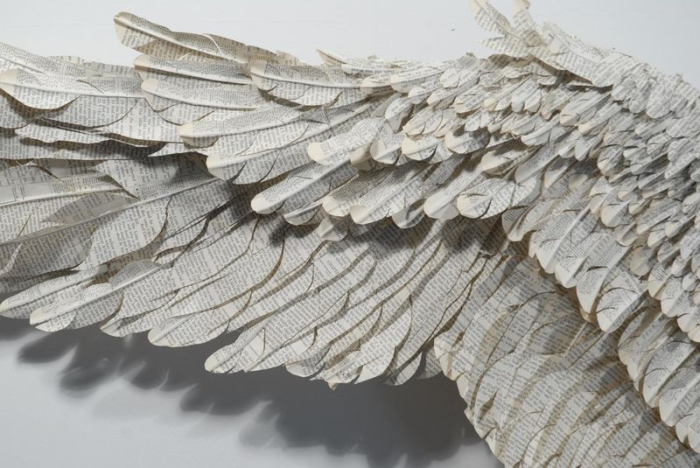 Images above: A starling murmuration, blackbirds in a hedge, a Hebredian corncrake, and a detail from a paper sculpture by Susan Hannon.

These are stunning but especially the first three. The only one I knew was the corncrake song (we heard these n Uist about twent years ago. I think you played this tune before, and I wrote a corncrake poem for it which last year came out in a volume of three poets (I was one) brought out by a Scottish publisher.

With loving thanks always, dear Terri.

This post is perfectly insync with the National Geographic declaring this the "year of the Birds".

Birds are so close to my heart. "Slowly, comes the light" and "The wren and the salt air" are so lovely and moving. Thank you, Teri.

I loved the "Wings" video, the lyrics touched me so.

Love these all but am particularly smitten with Ninebarrows 'Hour of the Blackbird'. Those harmonies, wow. Reminds me of some of the great folk duos from the Sixties which I loved as a kid - Simon & Garfunkle, Richard & Mimi Fariña and such. I didn't know anyone was still making music like this. Thank you, Terri.

I listened to that piece with your comment in mind, and did indeed hear Simon & Garfunkle again and it was a sweet recollection. I too didn't know music like that was still being sung. Thank you for that connection, Chris.