The secular sacred
Wild Sanctuary and The Handless Maiden 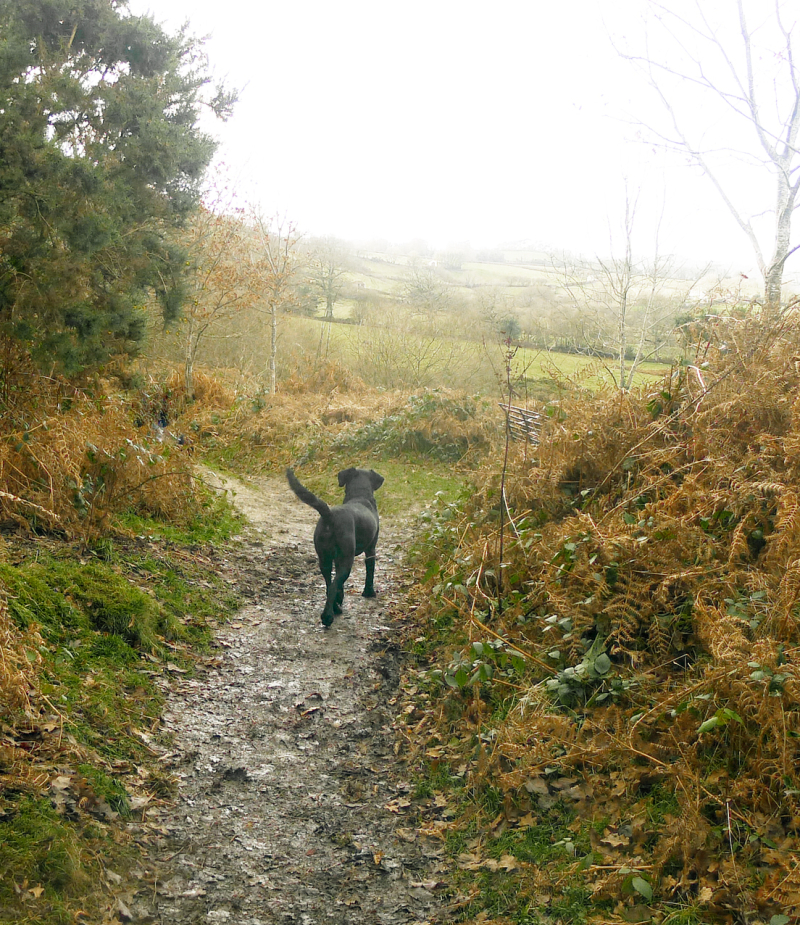 I'm fascinated by the complex history of Common land here in Britain, diminished over the centuries by waves of private enclosure, some of it forced and brutal. This is, alas, a subject that remains painfully relevant today, with national forests and parklands threatened by privatization and extraction industries all across the US and UK. Here in Chagford, we're fortunate that several pieces of our green Common land remain (Chagford Common, Nattadon Common, Stiniel Down, Week Down, etc.) -- but each generation must work to preserve them and never take them for granted. Once lost, they are lost for good.

These thoughts came to mind when I stumbled across "Common Ground" by Helen Baczkowska, about a green space in Norfolk where her family has Commoner rights stretching back generations. She writes:

"In the early summer of 1968, my mum packed us into the grey Morris Minor: myself, just learning to walk, her parents, with their soft Welsh accents, and her, as I see her on the edge of my memory, trim and not yet 30. We would have headed north and east from the outskirts of a London not yet ringed by the M25, on roads that wound through warm brick market squares and linear villages, past the low humped hills of Hertfordshire, slow through Royston, Baldock and the white railed paddocks of Newmarket.

"Our journey ended in Norwich, at the new concrete high rise of County Hall, my mother determined to check that Wood Green, where her mother-in-law owned a tiny, clay block cottage, was entered into the recently commissioned register of common land. Without this, she knew, the common and the rights associated with it would be lost, rights that historically went with the hearth of the house and allowed the occupier to graze two horses or cows, two sheep or goats and, with a festive echo, three hundred geese. Modest rights compared to those whose commoning spreads out across upland moors, but enough, my mother knew, to stop the rough grassland, gorse and ponds being ploughed or planted with conifer trees, fenced and accessible only, forever, to the lord of the manor. 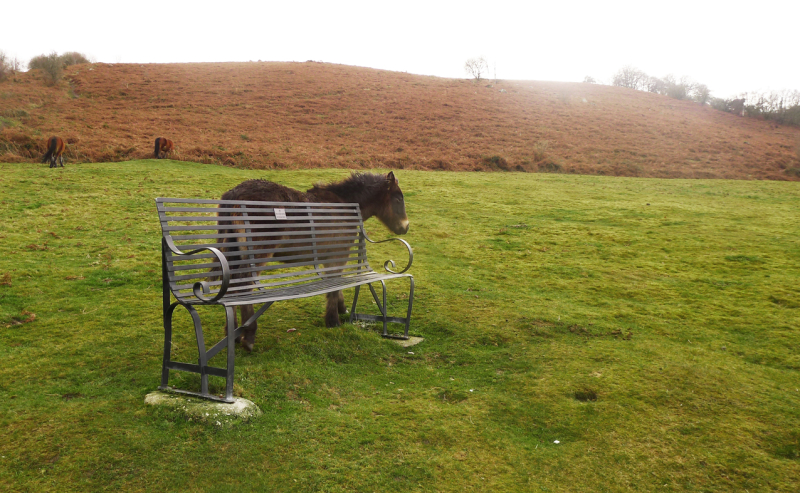 "My mother’s advice had been taken seriously and there, on a typescript ledger I now have a copy of, is the common land number, the names of the right holders and the rights. The names tell stories all in themselves, for this place, where I now live, offered sanctuary to my father’s family after long years of being pursued across Europe; it offered a memory of space and of home, answered a need for seclusion and safety, rich soil and the grass for a handful of animals. My paternal grandmother and her neighbour, a former prisoner of war, had registered rights in names incongruous next to the listing of Norfolk place names: Irene Maria Honorata Baczkowska and Vigilo Nicoli. 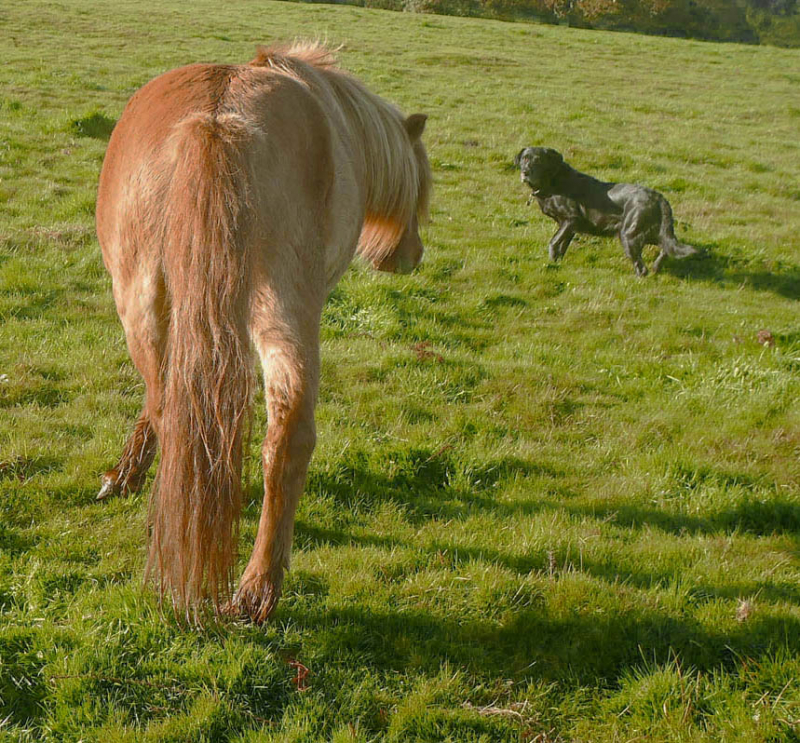 "Without those signatures and my mother’s wisdom, I may not now be able to daily walk this common; it is not large, maybe only 8 or 9 hectares, but sits as green as an island in the arable sea of South Norfolk. There is a change of soil and habitat every few paces here; on the clay soil grows nationally scare sulphur clover and three species of buttercup -- meadow, creeping and the often over-looked bulbous, with its sepals turned sharply down to the ground. In the wet hollows are ladies smock and lesser spearwort, another of the buttercup family. Each of the ponds is different, some holding water all year, others ephemeral, only emerging in winter or the wettest of years. The sandy dome of the centre is close grazed by rabbits that dive under dense clumps of furze when disturbed and where, since I brought a pony to graze here, tiny fragrant flowers of heath bedstraw and the pink heath speedwell have flourished.

"To the west is a near circle of blackthorn and to the north a twisted oak copse, the trees not old, but stunted by wet, poor soils. For me, this place is home, grazing, hay, firewood and beanpoles from the coppiced scrub, an autumn bounty of elderberries, blackberries, crab apples and parasol mushrooms. It is also, for others as well as for me, the peace and greenery of unbounded land, not a formal park, or a purposeful nature reserve, but just a place to walk, so that, at any time of day, there are people on the interlaced hollows of informal tracks, often alone and silent. All this rests on the acts that placed those typescript words enshrined in County Hall.... Later in the essay, Baczkowska notes:

What a lovely thing that must be, to become a "collector of commons." To read my previous post on the history of the English commons, go here. 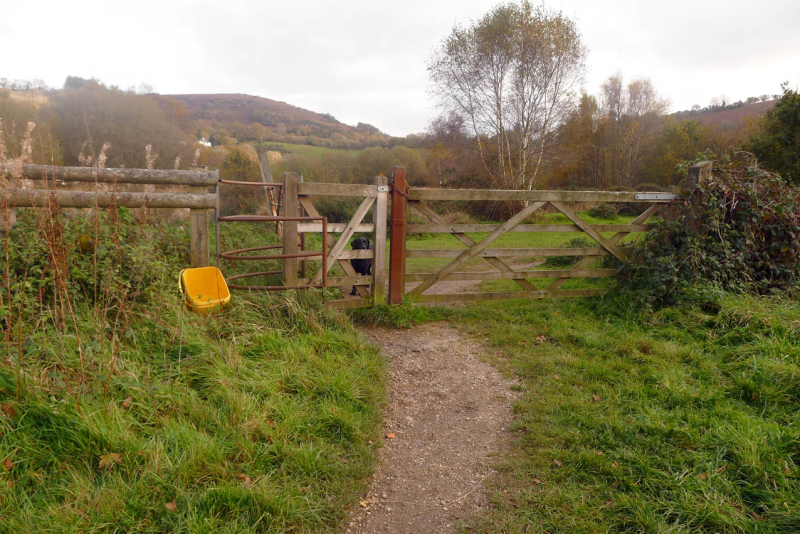 Words: The passage above is from "Common Ground," published in EarthLines magazine (November 2014), and available online on the author's website. The poem in the picture captions is from The Possible Past by Canadian poet Aislinn Hunter (Polestar, 2004). All rights reserved by the authors.

Pictures: Tilly with equine and canine friends on Chagford Common.

I think it marvelous that people have so many places to walk where you are now. Tilly loves it too. those perky ears tell the tale in the first photo. Tail up and ready to go. She wasn't so keen on the pony though. It looks like her friend in the second last shot was thrilled to see her. It would be great fun to run into a friend while out walking. Everything is so green it is a treat to see.

Commons land is what I love most, and what I miss, from my residence in England. Thank you for taking me back there, through Baczkowska’s words, and your own.