Ursula Le Guin on the truth of fantasy 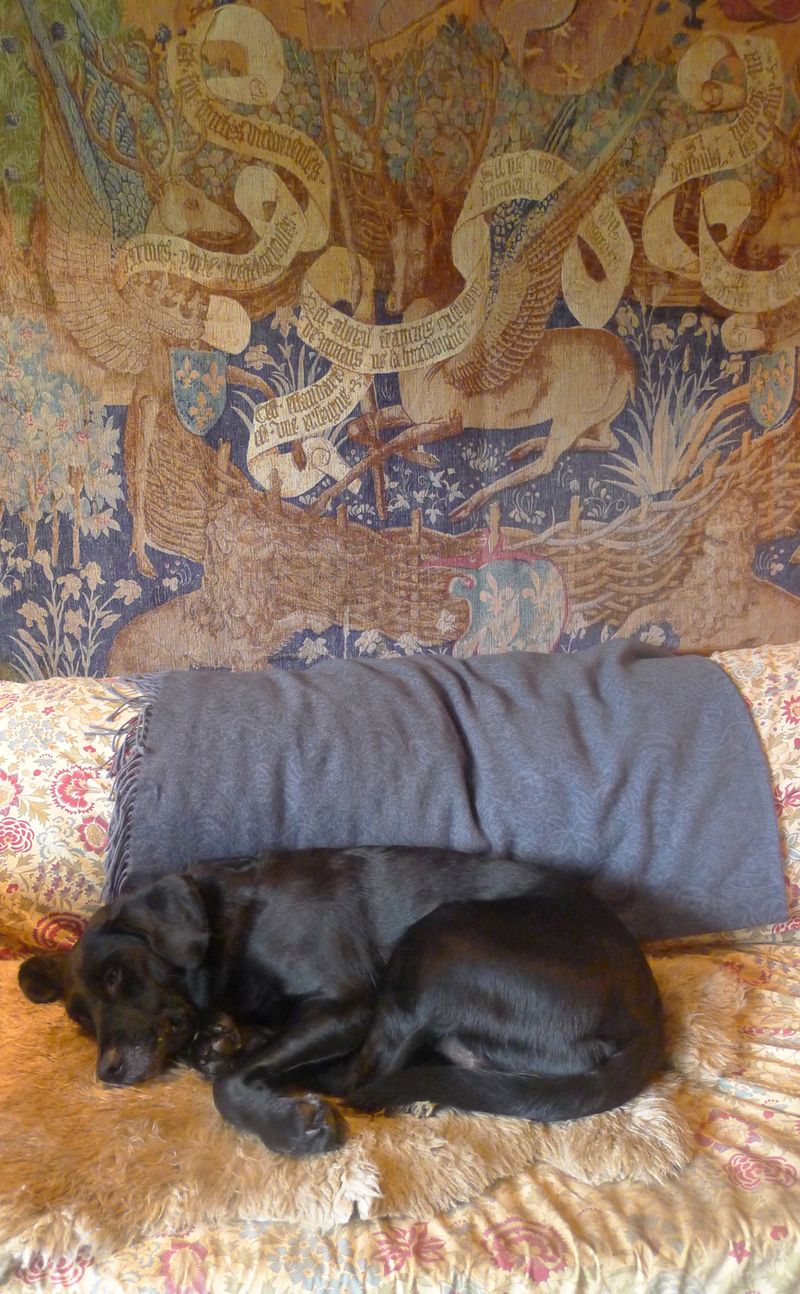 Like just about everyone else in the Mythic Arts field, I've been rocked by the death of Ursula Le Guin -- not only one of the greatest writers of our age, but also a vital, necessary figure for my generation of fantasy writers, editors, and illustrators. We entered the field in the late '70s and '80s when women were few and still unwelcome by a daunting number of professional colleagues, readers, and reviewers. Ursula was a guiding light, encouraging some of us directly, and many more through the pages of her books. In honor of her influential presence in American Arts & Letters for half a century (her first novel was published in 1966), I've gathered together all of the posts from the Myth & Moor archives related to her work. You'll find them here. The following post first appeared on Myth & Moor two years ago.

From The Language of the Night by Ursula K. Le Guin:

"I believe that maturity is not an outgrowing but a growing up: than an adult is not a dead child, but a child who has survived. I believe that all the best faculties of a mature human being exist in the child, and that if these faculties are encouraged in youth they will act wisely and well in the adult, but if they are repressed and denied in the child they will stunt and cripple the adult personality. And finally, I believe that one of most deeply human, and humane, of these faculties is the power of imagination: so that it is our pleasant duty, as librarians, or teachers, or parents, or writers, or simply as grownups, to encourage that faculty of imagination in our children, to encourage it to grow freely, to flourish like the green bay tree, by giving it the best, absolutely the the best and purest, nourishment that it can absorb. And never, under any circumstances, to squelch it, or sneer at it, or imply that it is childish, or unmanly, or untrue.

"For fantasy is true, of course. It isn't factual, but it's true. Children know that. Adults know it too and that's precisely why many of them are afraid of fantasy. They know that its truth challenges, even threatens, all that is false, all that is phony, unnecessary, and trivial in the life they have let themselves be forced into living. They are afraid of dragons because they are afraid of freedom. 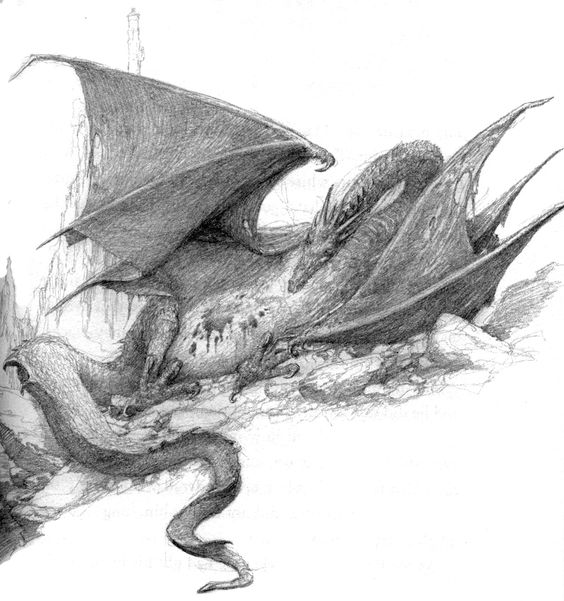 "So I believe that we should trust our children. Normal children do not confuse reality and fantasy -- they confuse them much less often than we adults do (as a certain great fantasist pointed out in a story called 'The Emperor's New Clothes'). Children know perfectly well that unicorns aren't real, but they also know that books about unicorns, if they are good books, are true books. All too often, that's more than Mummy and Daddy know; for, in denying their childhood, the adults have denied half their knowledge, and are left with the sad, sterile little fact: 'Unicorns aren't real.' And that fact is one that never got anyone anywhere (except in the story 'The Unicorn in the Garden,' by another great fantasist, in which it is shown that a devotion to the unreality of unicorns may get you straight into the loony bin.) It is by such statements as, 'Once upon a time there was a dragon,' or 'In a hole in the ground there lived a hobbit' -- it is by such beautiful non-facts that we fantastic human beings may arrive, in our peculiar fashion, at truth." 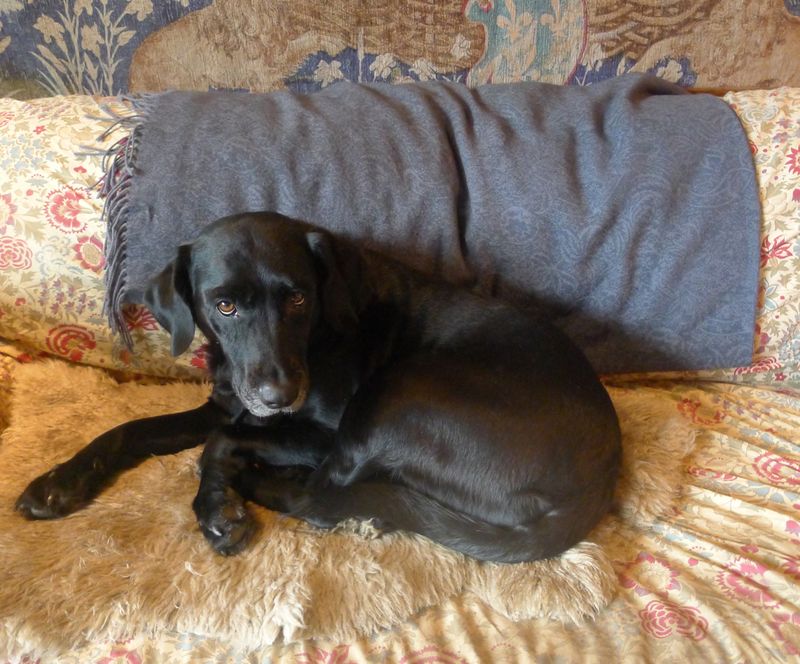 Words: The passage above is from "Why Are Americans Afraid of Dragons?" by Ursula K. Le Guin, which first appeared in PNLA Quarterly 38 (1974), and can also be found in her essay collection The Language of the Night (GP Putnams, 1979). Drawings: The two dragon drawings are by Alan Lee, and the unicorn drawing by Alan Lee & John Howe. Photographs: A quiet morning the studio. All rights to the text and art above reserved by the author and artists.

in Books that shape us, Those who leave us, Ursula Le Guin | Permalink | Comments (13)

Thank you again Terri for words that inspire, make me think and reassure -- all at the same time.

In seven days the world shattered, was bookended by dispair. Two people, to writers I knew--both in person and in story--have died. First Julius Lester and then Ursula K. Le Guin.

And yet their stories live.

Is it a good enough epitaph?

I remember traveling on a serendipty trip in Ireland with my husband David the day after 9-11. WE stopped to stretch our legs after a long drive. We had stayed a few days with Ann McCaffrey, had an overnight at Diane Duane's house, were letting the wind at our back and the green in our eyes lead us where they willed. The horror of the world was overpowering. So we had become wanderers for a time.

We parked by a small, insignificant stand of gravestones. It seemed in keeping with the time and tides. Without even thinking about it, I began reciting "Turning and turning in the widening gyre. . .", turned myself, and stumbled a bit in the soft and moist ground, put a hand out to one gravestone and--as if lightning ran its zigzag course through me, read the name engraved on the stone. William Butler Yeats.

"and yet their stories live." I think it epitaph enough, Jane. Wheww...

Thank you for these words from Ursula Le Guin. They came when I needed them.

I hate to think that this is now a world without her in it. I cannot overstate the influence of her work upon me as a child, and in adulthood, as touchstones, they remain very dear and necessary. and I feel---have felt for some time---that her words, fictional and otherwise, say things we need to hear in this time. her words, thankfully, do remain.

still, I hate it when the light goes out.

I read the Earthsea series so much as a teen that I felt like I lived there. Ged is still one of my favorite characters. I was lucky enough to be at a talk on a college campus that drew a very small crowd and get to sit practically at her feet.

From all I read and hear from those who knew her, Ursula LeGuin was a great torch passer. If you're going to be anything, a torch passer is the thing to be. You pass the torch to all those whose lives you touch and kindle something within them that then adds that much more light to the world.

When one candle dims and burns out, it behooves the other candles to burn that much brighter and to pass the torch to others, so that the light is not diminished, but increased.

I too feel privileged to have parents who understand there's more out there than what the five senses of our daily culture can point to and agree on. When I was growing up, I don't know that my parents understood how to talk about such things, but when my child-self did, they listened with serious attention. It's such a gift.

Thank you for this, Terri.

Related: Is that your desk in the picture? It's an inspiration. It's also full of books I've never heard of and now want to seek out! :)

As a Montessori teacher who teaches writing, I want to tell you thank you for your blog. You inspire me to remember to nourish that imagination and creativity in not only my students but also my own two daughters. I love your blog and I my condolences on a beloved that has gone on. I am not familiar with her work but I shall seek it out.