Tunes for a Monday Morning: songs for the spirit
Myth & Moor update 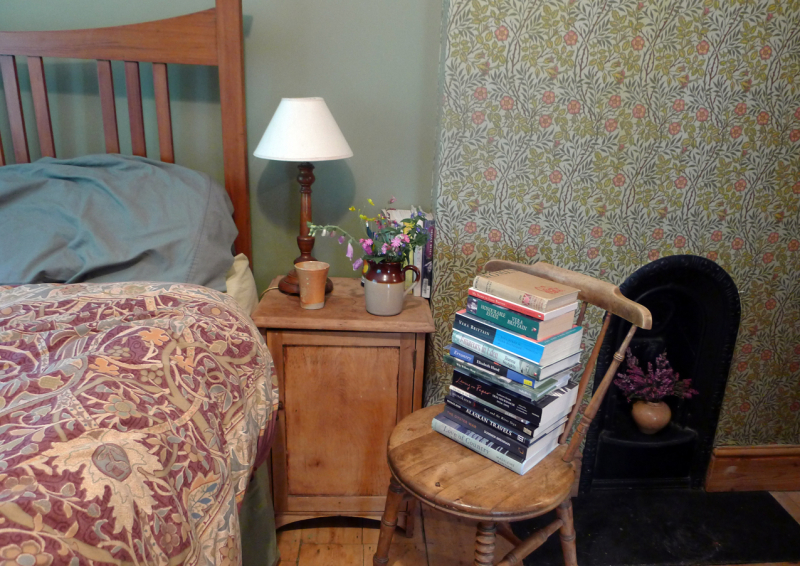 Having spent the better part of the last couple of months in and out of bed again has been a bit of a blow for my writing schedule (the manuscript I thought would be done by now is still inching its way to the finish line), and my studio hours are still limited as I find my way back to health and strength. But when illness robs us of productivity, breaking down our usual routines, slowing time down to a crawl, it also gives us unexpected gifts -- and for me, that gift is the time read.  Okay, I'd rather be writing, painting, doing, not watching the world through a fever haze, or experiencing life through a printed page -- but on those days when my body fails I'm grateful to books, and to all those who write them. 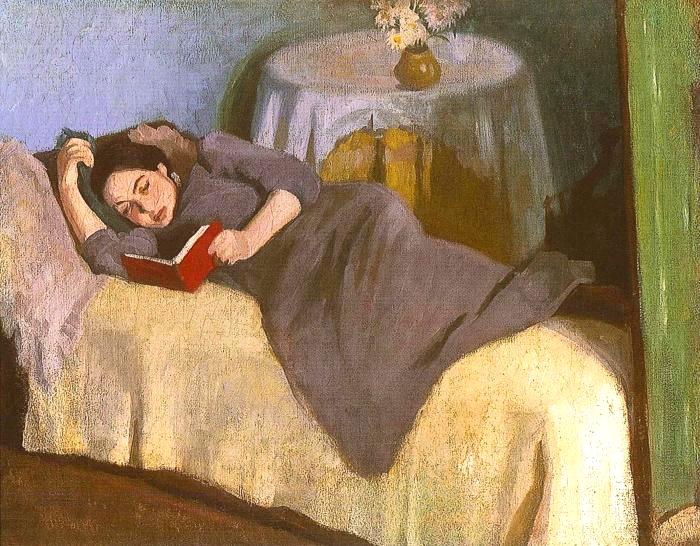 Reading having played a big part in my life for many reasons in addition to health, I have a particular fondness for books about books. Here are three I've read (or re-read) recently: Books & Island in Ojibwe Country by Louise Erdrich, Bookworm by Lucy Mangan, and The Child That Books Built by Francis Spufford. All three are memoirs, rather than literary studies; all three explore the author' s personal relationship with books; all three examine the ways that stories form us, effect us, and define us. I recommend all of them highly, but today I'd like to focus on the last one, by Spufford. 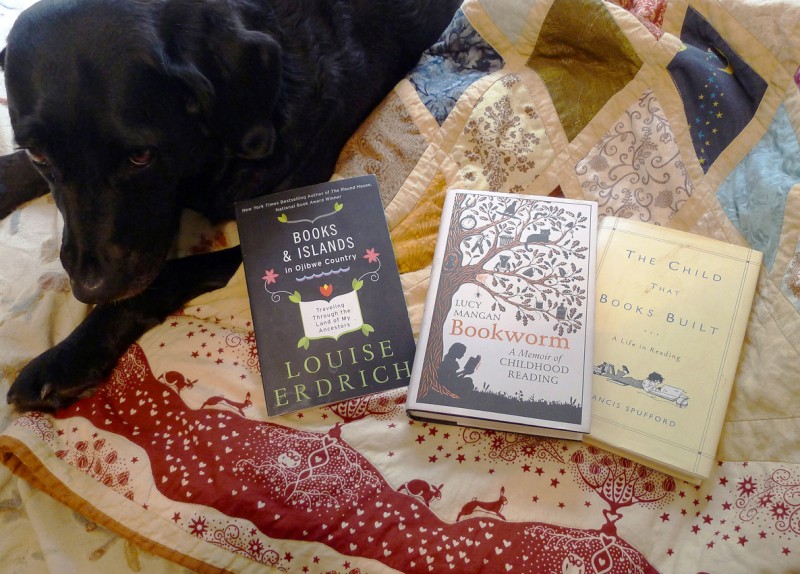 I first read The Child That Books Built in 2002, the year of its publication, and what struck me then was the unusual nature of its composition: childhood memoir mixed with literary history, cognitive science and child psychology in relation to story. In the intervening years, writers of memoir have expanded the form in so many ways that the premise of the book has lost its radical edge; I find that I have to remind myself that Spufford's memoir was a pioneering text, with both the strengths and flaws of form that trail-blazing entails. That said, it is still a very good read. Spufford is roughly the same generation I am (unlike Lucy Mangan) and grew up with many of the same children's books on his shelves. He also has a taste for fantasy (Mangan largely does not), and discusses the genre with knowledge and love. Although his writing on fairy tales relies too much on the disputed psychoanalytic theories of Bruno Bettleheim, his passion for all things magical wins me over nonethless, along with his poignant exploration of a childhood in which finding doors into other worlds was merciful and necessary.

Here's a passage from Spufford's introduction  to give you a sense of the book as a whole: 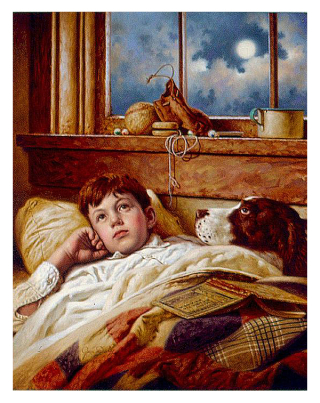 "I began my reading in a kind of hopeful springtime for children's writing. I was born in 1964, so I grew up in a golden age comparable to the present heyday of J.K. Rowling and Philip Pullman, or to the great Edwardian decade when E. Nesbit, Kipling, and Kenneth Graham were all publishing at once. An equally amazing generation of talent was at work as the 1960s ended and the 1970s began. William Mayne was making dialogue sing; Peter Dickinson was writing the Changes trilogy; Alan Garner was reintroducting myth into the bloodstream of daily life; Jill Paton Walsh was showing that children's perceptions could be just as angular and uncompromising as adults; Joan Aiken had begun her Dido Twite series of comic fantasies; Penelope Farmer was being unearthly with Charlotte Sometimes; Diana Wynne Jones's gift for wild invention was hitting its stride; Rosemary Sutcliffe was just adding the final uprights to her colonnade of Romano-British historical novels; Leon Garfield was reinventing the 18th century as a scene for inky Gothic intrigue. The list went on, and on, and on. There was activity everywhere, a new potential classic every few months. 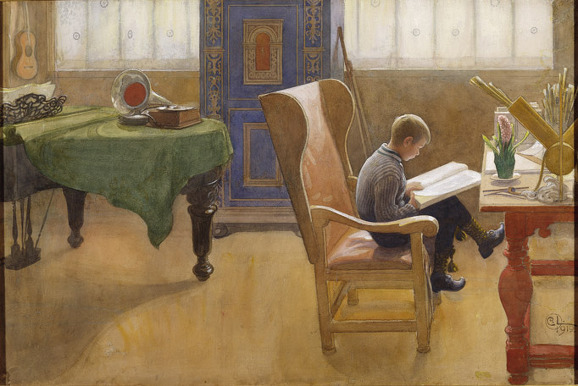 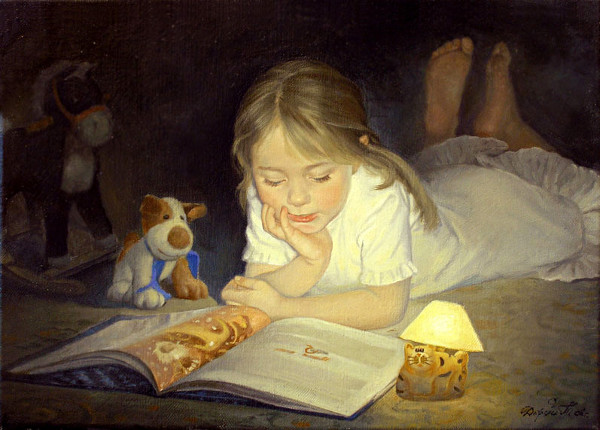 "Unifying this lucky concurrence of good books, and making them seem for a while like contributions to a single intelligible project, was a kind of temporary cultural consensus: a consensus both about what children were and about where we all were in history. Dr. Spock's great manual for liberal, middle-class child-rearing had come out at the beginning of the Sixties, and had helped deconstruct the last lingering remnants of the idea that a child was clay to be molded by a benevolent adult authority. The new orthodoxy took it for granted that a child was a resourceful individual, neither ickily good nor reeking of original sin. And the wider world was seen as a place in which a permanent step forward toward enlightenment had taken place as well. The books my generation were offered took it for granted that poverty, disease and prejudice essential belonged in the past. Postward society had ended them.

"As the 1970s went on, these assumptions would lose their credibility. Gender roles were about to be shaken up; the voices that a white, liberal consensus consigned to the margins of consciousness were about to be asserted as hostile witnesses to its nature. People were about to lose their certainty that liberal solutions worked. Evil would revert to being an unsolved problem. But it hadn't happened yet; and till it did, the collective gaze of children's stories swept confidently across past and future, and across all international varieties of the progressive, orange-juice-drinking present, from Australia to Sweden, from Holland to the broad, clean suburbs of America. 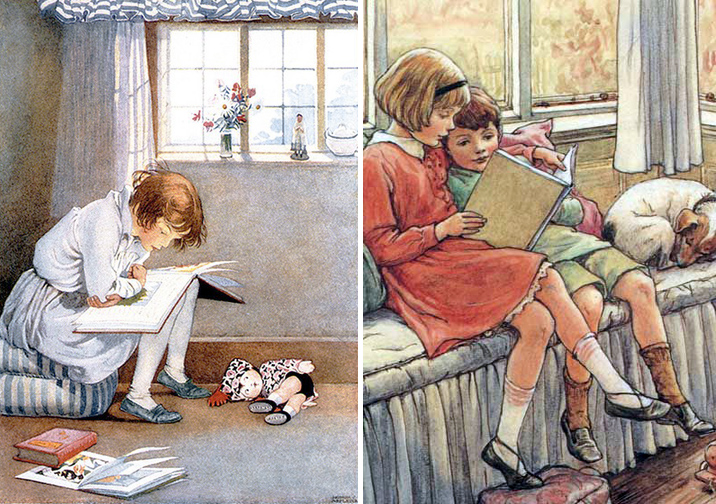 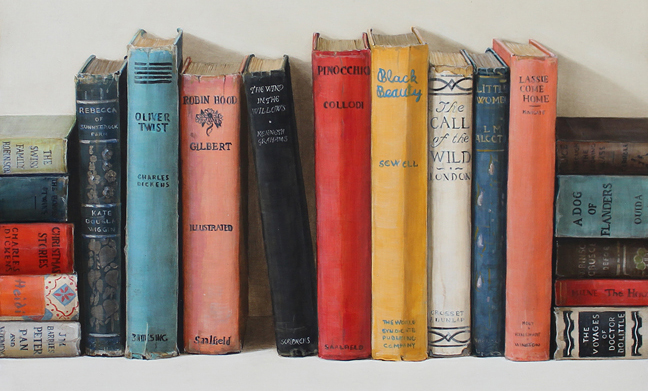 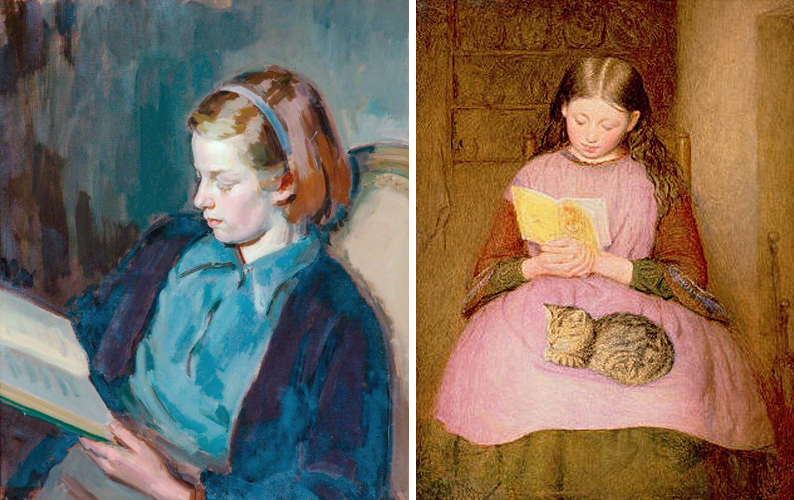 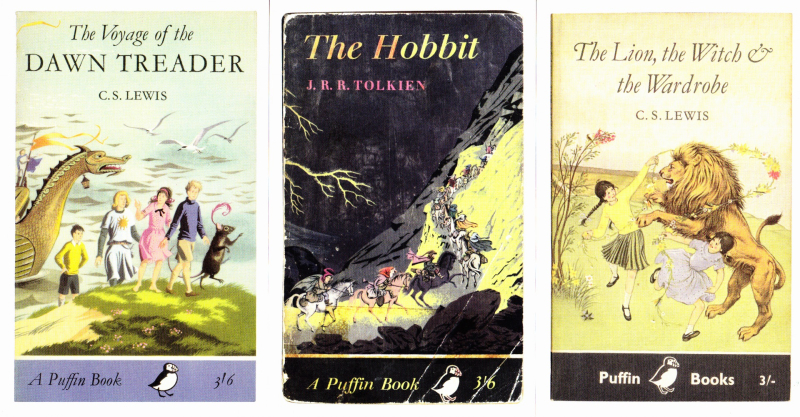 "For me, walking up the road aged seven or eight to spend my money on a paperback, the outward sign of this unity was Puffin Books. In Britain, almost everything written for children passed into the one paperback imprint. On the shelves of the children's section in the bookshop, practically all the stock would be identically neat soft-covered octavos, in different colors, with different cover art, but always with the same sans serif type on the spine, and the same little logo of an upstanding puffin. Everything cost about the same. For 17p -- then 25p and then 40p as the 1970s inflation took hold -- you could have any one of the new books, or any of the children's classics, from the old ones like The Wind in the Willows or Alice to the new ones that were only a couple of decades into their classichood, like the Narnia books (C.S. Lewis had died the year before I was born, most unfairly making sure I would never meet him).

"If you were a reading child in the UK in the Sixties or Seventies, you too probably remember how securely Puffins seemed, with the long, trust-worthy descriptions of the story inside the front cover, always written by the same arbiter, the Puffin editor Kaye Webb, and their astonishingly precise recommendation to 'girls of eleven and above, and sensitive boys.'  It was as if Puffin were part of the administration of the world. They were the department of the welfare state responsible for the distribution of narrative. And their reach seemed universal: not just the really good books you were going to remember forever, but the nearly good ones too and the completely forgettable ones that at the time formed the wings of reading and spread them wide enough to enfold you in books on all sides." 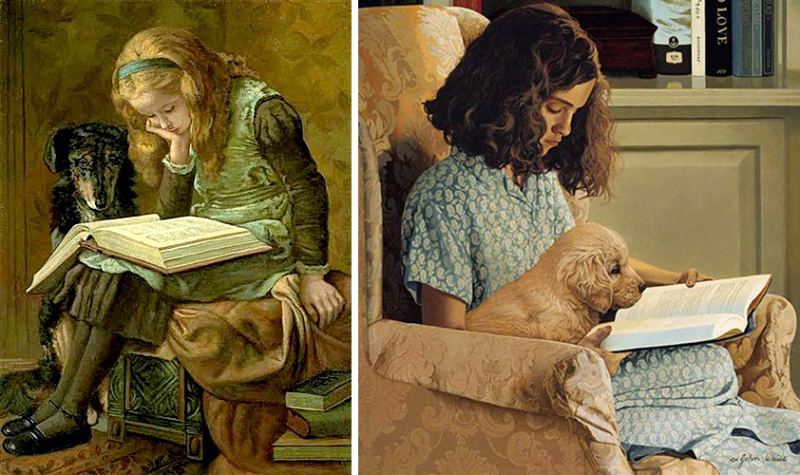 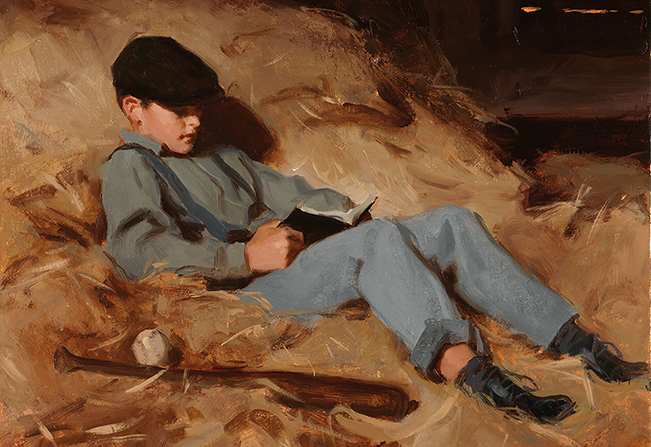 A little later in the Introduction, Spufford lays out the premise of his memoir:

"I have gone back and read again the sequence of books that carried me from babyhood to the age of nineteen, from the first fragmentary stories I remember to the science fiction I was reading at the brink of adulthood. As I reread them, I tried to become again the reader I had been when I encountered each for the first time, wanting to know how my particular history, in my particular family, at that particular time, had ended up making me into the reader I am today. I made forays into child psychology, philosophy, and psychoanalysis, where I thought those things might tease out the implications of memory. With their help, the following chapters recount a path through the riches that were available to English children of the 1960s and 1970s, and onward into the reading of adolescence. It is the story (I hope) of the reading my whole generation of bookworms did; and it is the story of my own relationship with books; both. A pattern emerged, or a I drew it: a set of four stages in the development of that space inside where writing is welcomed and reading happens. What follows is more about books that it is about me, but nonetheless it is my inward autobiography, for the words we take into ourselves help to shape us. "

It is a premise Spufford amply fulfills. 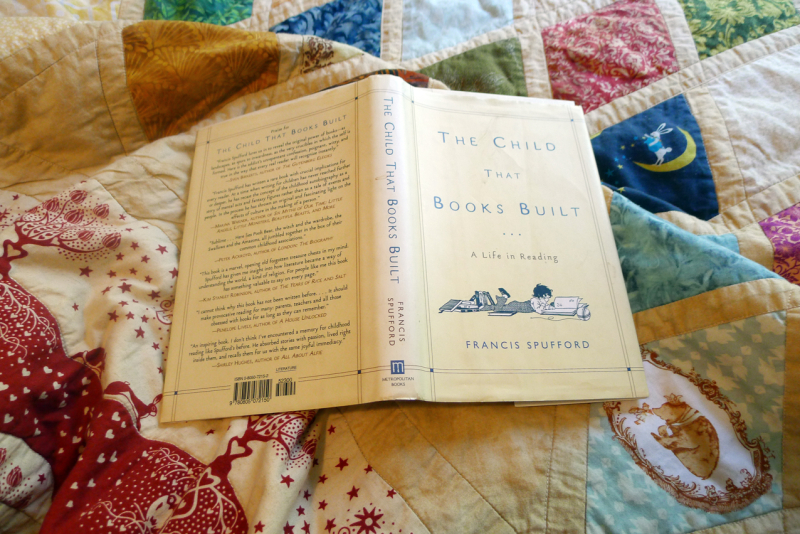 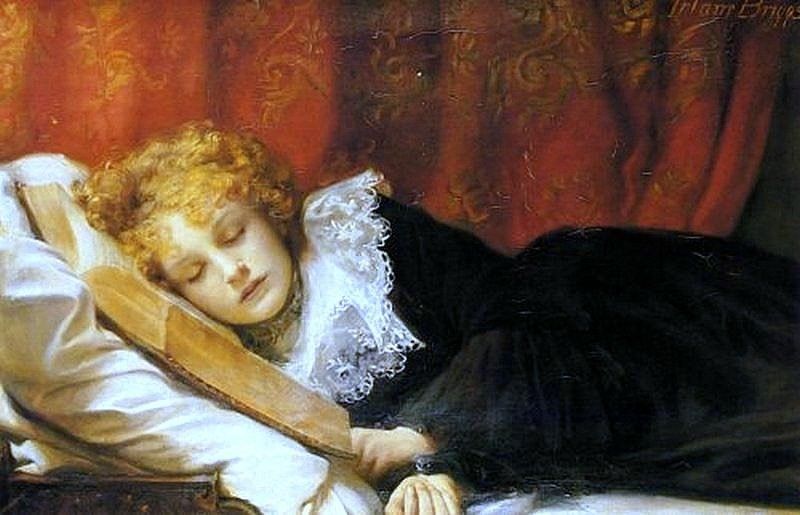 Words: The passage above is from The Child That Books Built: A Life in Reading by Francis Spufford (Henry Holt & Co, 2002); all rights reserved by the author. Pictures: The art is identified in the picture captions. (Run your cursor over the images to see them.) Related Reading: Previous posts that discuss The Child That Books Built include "In the Forest of Stories" (2013) and  "Built by Books" (2014).

in Books on books, Books that shape us, Children, Fantasy literature, On reading | Permalink | Comments (5)

There is goodness even in illness...time to read!

I think if I ever write a memoir, it has to be like these.

My mother died when I was just 6. Our housekeeper (basically my nanny) bought me books for birthdays, Christmas, and any other time she thought of it. And she read them to me, even after I could read. Black Beauty, Five Little Peppers, Little Women. Then I graduated to Nancy Drew and her generation. My father and step-mother didn't read books so my older brother bought me books, most memorable was The Hobbit. I live with my daughter now and we have a very extensive library from the classics through science fiction and fantasy. I'm currently adding to the series of Phryne Fisher Misteries (Greenwood) and my son-in-law buys me one or two each holiday.

Since I started reading your blog, my must-read and must-give lists have stretched into the far distance and the tower of recently acquired volumes has begun to totter (need more shelves). Now I must add Spufford's book to them. I am the same age, so the authors mentioned in the excerpt instantly took me back to the reading pleasures of my own childhood. Alan Garner was my favourite then and I'm still reading him now.

I still have the Puffin titles I bought with my pocket money. It was through them I entered a space apart from an unpleasant childhood. Now, it is often difficult to read through the brain fog brought by chronic illness, but books are still my constant companions.

Wishing you back to health as quickly as possible, Terry. You are making good use of your sick time, and these books sounds like rich reads. Thank you for sharing them.