Reclaiming the fire and sorcery
Storytelling: the eye and the ear 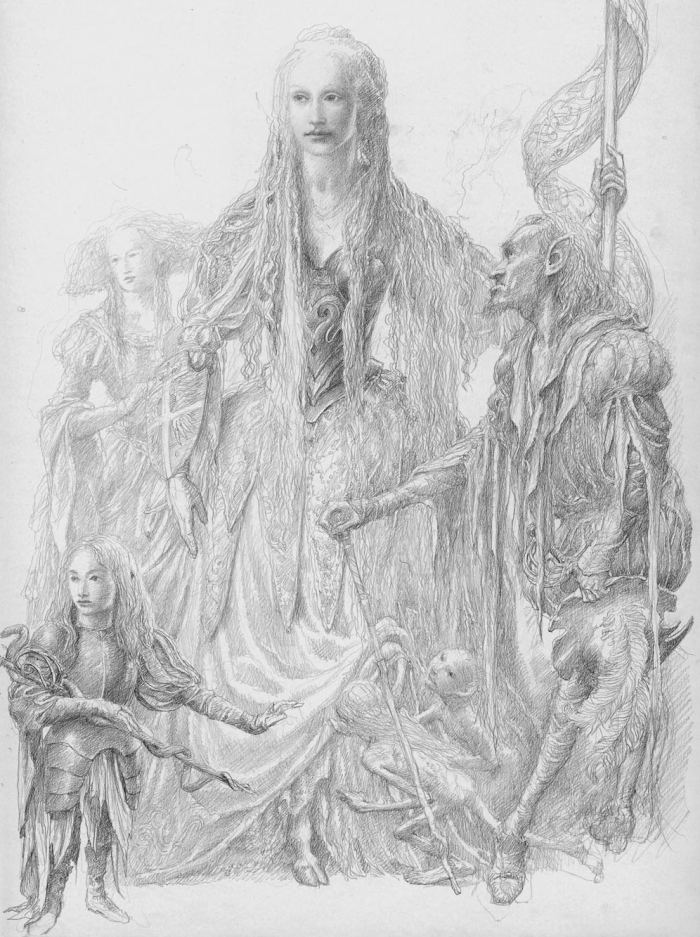 I'm about to head up to Sheffield for the second group meeting of the Modern Fairies & Loathly Ladies project, so let's start the week with some fairy ballads drawn from Francis James Child's masterwork: The English & Scottish Popular Ballads, published in five volumes from 1882 to 1898.

Above: "Tam Lin" (Child Ballad #39) performed by Anais Mitchell and Jefferson Hammer, from their album of Child Ballads (2013). Some UK reviews remarked on the oddness of hearing a Scottish border ballad sung in American accents, forgetting that these songs travelled across the ocean on immigrant ships and took root in North America (especially in the Appalachian region), where they are now part of the traditional songbook of America and Canada too. This version of the song omits verses explaining that Tam Lin is not a fairy (or "shade") himself, but a human knight in thrall to the Fairy Queen. For the full story, go here.

Below: an Appalachian version of "Thomas the Rhymer" (Child Ballad #37), performed by Scottish folk musician Archie Fisher. The recording is from Big Bend Killing: The Appalachian Ballad Tradition (2017). 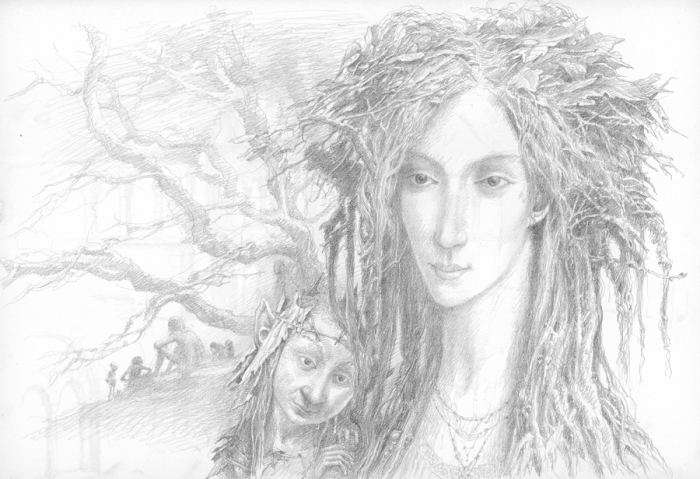 Above: "King Orfeo" (Child Ballad #19) performed by Scottish folk musician Emily Smith. The song can be found on her fine album Echoes (2104).

Below: "Twa Sisters" (Child Ballad #10) performed by English folk musician Emily Portman, from her enchanting album The Glamoury (2010). While there's not a fairy in this ballad per se, the enchanted harp at the end of the song is surely filled with fairy magic. 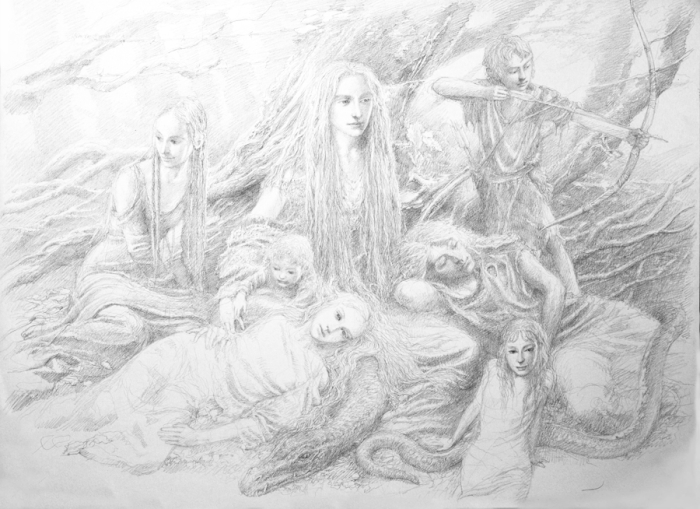 The drawings above are by my friend and neighbor Alan Lee, a man who certainly knows a thing or two about fairies. For more on fairies in legend, lore, and literature, go here. For the history of Child and his ballads, go here. And for literary interpretations of the ballads (in novel, short story, and picture book form), go here.

Where do you find all these fabulous bands? Thank you very much for putting them all together.