On stories false and true
Tunes for a Monday Morning

Reclaiming the fire and sorcery To end the week, here's one last passage from The Mystery Feast by Ben Okri:

"In ancient Africa, in the Celtic lands, storytellers were magicians. They were initiates. They understood the underlying nature of reality, its hidden forces. The old Celtic bards could bring out welts on the body with a string of syllables. They could heal sickness with a tale. They could breathe life into a dying civilization with the magic of a story. To a thriving civilization, they could bring transformation and the potency of myth. In the old days kings and leaders, warriors and knights listened to epic tales and drew from them courage and inspiration. 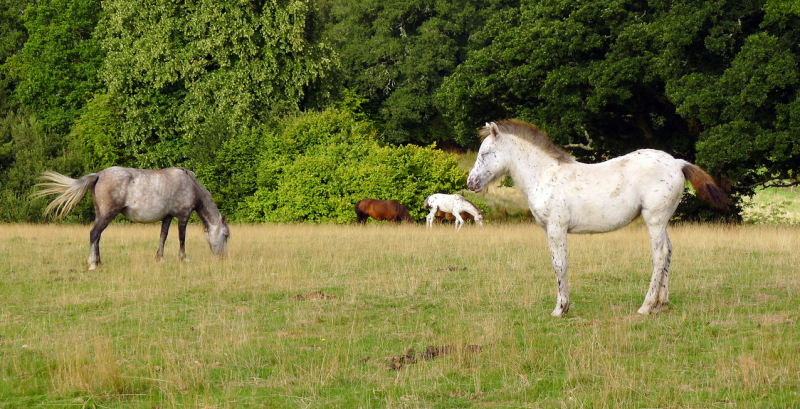 "The historian deals with the past, but the true storyteller works with the future. You can tell the strength of an age by the imaginative truth-grasping vigour of its storytellers. Stories are matrices of thought. They are patterns formed in the mind. They weave their effect on the future. To be a storyteller is to work with, to weave with, the material of time itself. "Storytellers, reclaim the fire and sorcery of your estate. Take an interest in everything. You cannot be a magician in stories if you are not a magician in life. Go forward into the future, but also return to the secret gnosis of the bards. 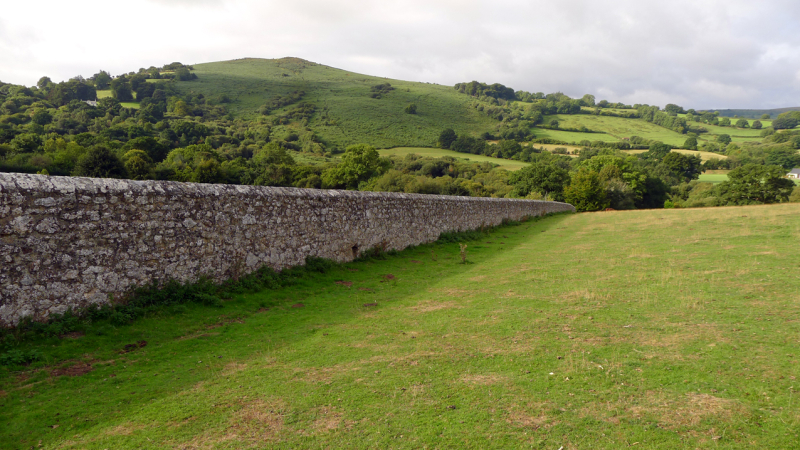 "As the world gets more confused, storytellers should become more centered. What we need in our age are not more specialists and spin-doctors. What we need are people deeply rooted in the traditions of their art, but who are also at ease in the contemporary world. 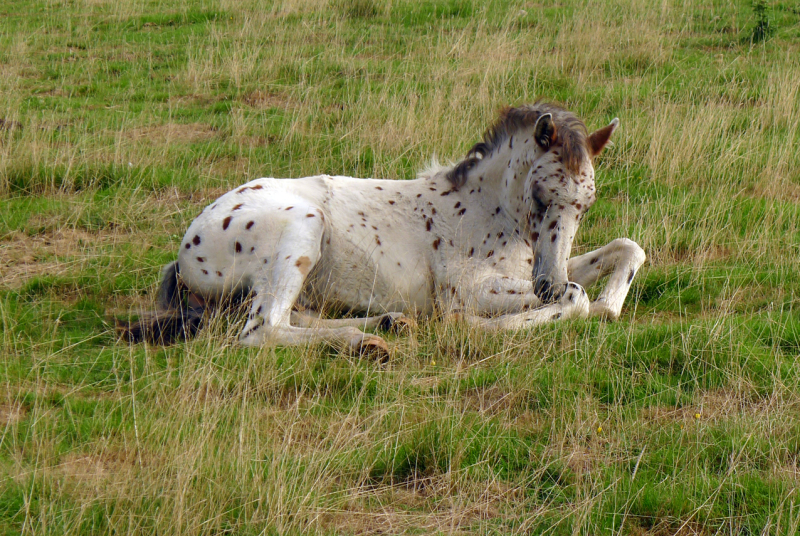 "We need storytellers who weave their tales with far-seeing eyes, and multi-dimensional hearts. Not those who dabble, who turn out mere words for pay or fame. 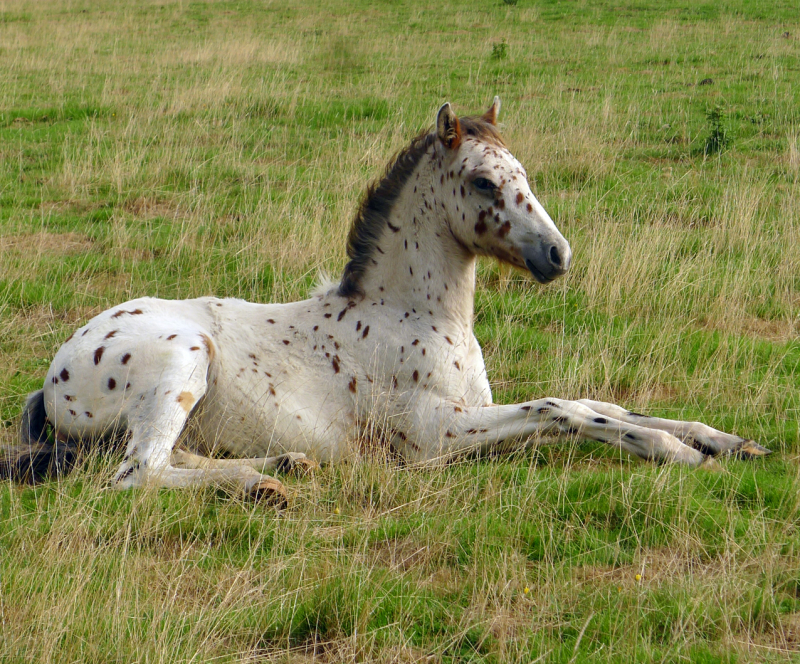 "Storytellers are the singing conscious of the land, the unacknowledged guides. 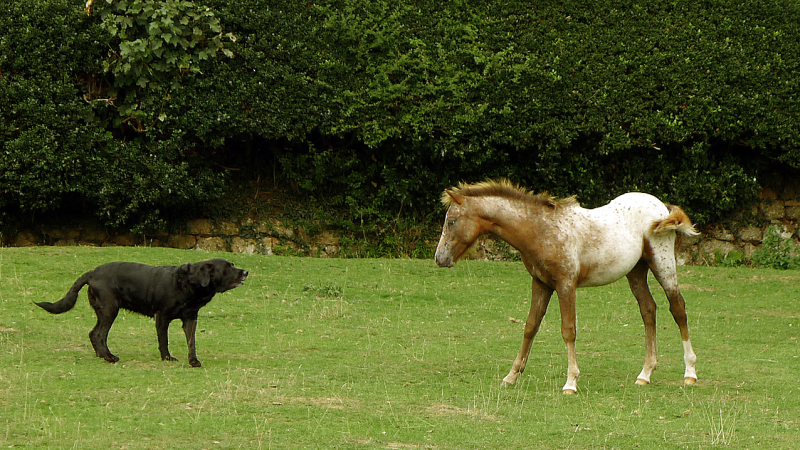 "Reclaim your power to help our age become wise again. " 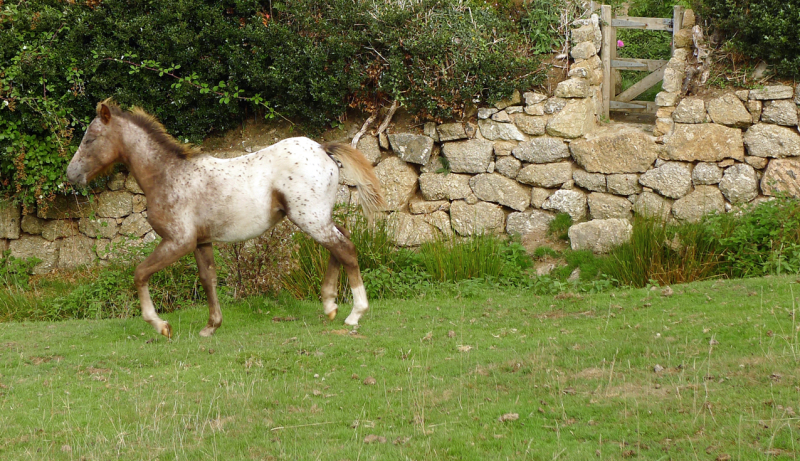 Words: The passage above IS are from The Mystery Feast: Thoughts on Storytelling by Ben Okri (Clairview Books, 2015). The quote in the picture captions is from "The Joys of Storytelling 1," published in Ways of Being Free by Ben Okri (Phoenix House, 1997). All rights reserved by the author. Pictures: Our local herd of semi-wild Darmoor ponies, grazing on O'er Hill.

Terri, thank you so much for the marvelous writings, musings, music and photographs you've been sharing. They are a boost to the heart and soul. My long list of books and music to acquire grows nearly with every post I read; though that is not a complaint! The Darmoor pony is breathtaking. It must be wonderful to be around them. Tilly is lovely. Wishing you a grand day.

((((sigh)))) Thankyou for showing me the other side of the mirror this morning. I am filled to the brim with that light.

This is wonderful. Equalizing scoops of balance for Equinox. I love the shares of Ben Okri this week, helping me to appreciate, once again, the wild fire in my storyteller's gut. The multi-layered character of this post so much the sort that you have offered up generously again, and again.

i love this----thank you for sharing the words here and in the preceding posts. also, the horses! love them, especially that spotted fellow. it's like they are reverting to european paleolithic horses...

With today's essay you have answered a slow question that has been on my mind for many months. While a potential answer slowly forms I sit looking at my computer screen in quiet awe. Thank you Terri for sharing in your unique way Ben Okri's writing with us here.

This post dearly speaks to me with its wonderful title, description of how we reclaim the fire and sorcery of stories and perhaps, our own consciousness, and gorgeous photos of the horses in the field. Back in New York state, I lived on a road of old barns and fields with horses or grazing cows. Often, I would watch that field with the horse running in Autumn. The animal took my spirit/mind with him or her as the sleek body broke into a crisp gallop. Add to that, the crisp air of Autumn, the trees ablaze in color and stories from another time whispering to those who would listen. It was invigorating, allowing the mind to be inspired, visited by new ideas and old ghosts, influenced by scent and a wild taste for freedom that could not be quelled. And experience that invoked the fire and the sorcery of not only the season but also the awakening self.

There is a storm gale in her eyes,
and the stillness of her mane
waiting to gust the field
in leaf-red motion. Her back
carries the weight of my mind --
seated light, set to inhale
the morning chase. She seeks
that strain of abandon I love -- a brisk wind
enflamed by trees, stories lurking
in the breath of mist or shadow, a spirit
out-growing her skittish ways.
______________________________________

Again, thank you for this!!!

Wendy, you are a wonder! Another beautiful poem. Happy Mabon to you and to everyone. I'm off for more equinoctial beer!

Thanks so much for the lovely comment! I am glad you enjoyed the poem and hope you have a wonderful Mabon Holiday with some tasty equinoctial beer. Here, it's only noon ( in Southern California) but I will be celebrating the first day of Autumn tonight with a spiced cocktail and some sweet apple slices garnished with melted butter and cinnamon. Even here in the high desert, the winds have cooled along with the temps, down to high 80's and there was actually a small chill in the air this morning with a hint of mist and humidity. A welcome change indeed.

Thumbs up to your poem, Wendy. Apples and melted butter and cinnamon. What could be better? Since 'butter' is a no-go for this Old Spider Woman, I will try it with coconut butter and think of you when I nibble.

Wonderful words and ponies. That spotted one I have never seen the like of.

Thank you so much for the "thumbs up" on my poem, I truly appreciate it! And yes, apples and cinnamon with a dash of hot butter is perfect for the beginning of Autumn and the sweet chill that comes with its first evenings But that coconut butter sounds good too! Enjoy it!~

Hi Wendy, I have to say that I'm definitely a creature of the 'Temperate Zone', temperatures going 'down to the high 80's' sounds unbearable!

We've just come through a time of rain and high winds; the back garden smells of rich, moist earth and the leaves are slowly turning to autumnal gold (those that survived the high winds that is). It'll soon be time to get out the 'winter woolies' as long as the moths haven't made holes in them all.

Oh oh oh--"a storm gale in her eyes. . ." What a perfect line. Catches the wildness in a teacup. Thank you dear Wendy.

And thanks dear Terri, while I loved everything about this Okri post, the thing that caught my attention most were the lines about Odysseus.

His name is Juan,
Julio,
Carlos,
Ernesto,
battling to find
his wife,
his son.
The ship has foundered,
shipmates murdered,
island shattered.
He is caught between rocks.
Seduced by magic.
traduced by politicians
reduced to poverty.
His wife makes a living
sewing, unsewing.
His son sulks
in the corners
of their old house.
He is trying
to get home
but home is no longer
there.
But here
in memory,
mourning.
The cell doors close.
You think you know
this story,
but it is all Greek
to him.
His name is
Pablo
Santiago,
Edwardo,
rodrigo,
Marcos,
Ramiro.

First, thank you so much for reading and commenting on my poem! I so deeply appreciate your input and interest in my poems. IT means a great deal!!

Secondly -- This poem of yours speaks volumes

But here
in memory,
mourning.
The cell doors close.
You think you know
this story,
but it is all Greek
to him.
His name is
Pablo
Santiago,
Edwardo,
rodrigo,
Marcos,
Ramiro.

Yes, it has the framework of the wandering voyager, fresh from a war zone but also it transcends time and resonates today with all the turmoil and tragic struggle refugees and immigrants are experiencing. The treatment of their plight, the callous and self-promoting politicians, the separation from family and loved ones, the ostracization of class and ethnicity -- this echoes deeply within me and echoes deeply about what is happening at the border and other journeys that take to the sea and land in unwelcome territory. thank you for sharing this one, it penetrates deeply with its sense of empathy and urgent intensity.

This post makes my heart sing! Thank you. Thank you so so much.