On the power of beauty
Tunes for a Monday Morning

The mystery of storytelling 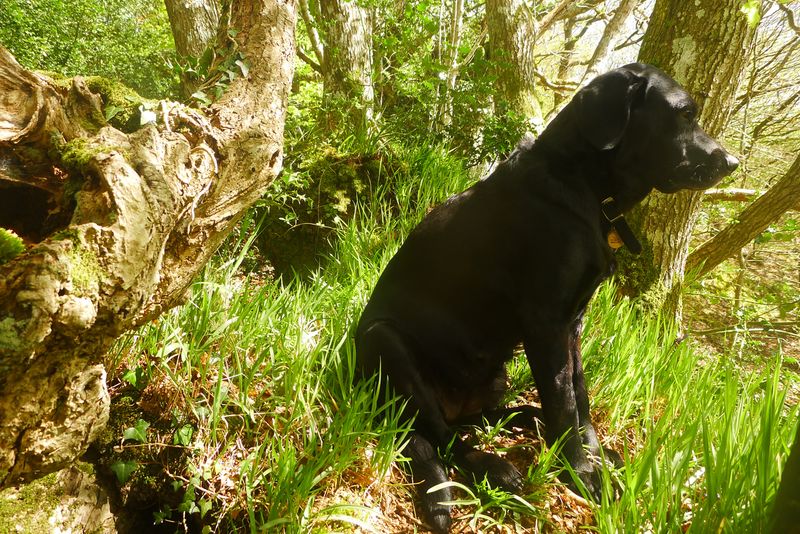 "The mystery of storytelling," writes Ben Okri, "is the miracle of a single living seed which can populate whole acres of human minds. It is the multiplicity of responses which a single text can generate within the mind's unfailing capacity for wonder. Storytellers are a tiny representative of the greater creative forces. And like all artists they should create beauty as best they can, should serve truth, and remember humility, and when their work is done and finely crafted, arrowed to the deepest points in the reader's heart and mine, they should be silent, leave the stage, and let the imagination of the world give sanctuary." 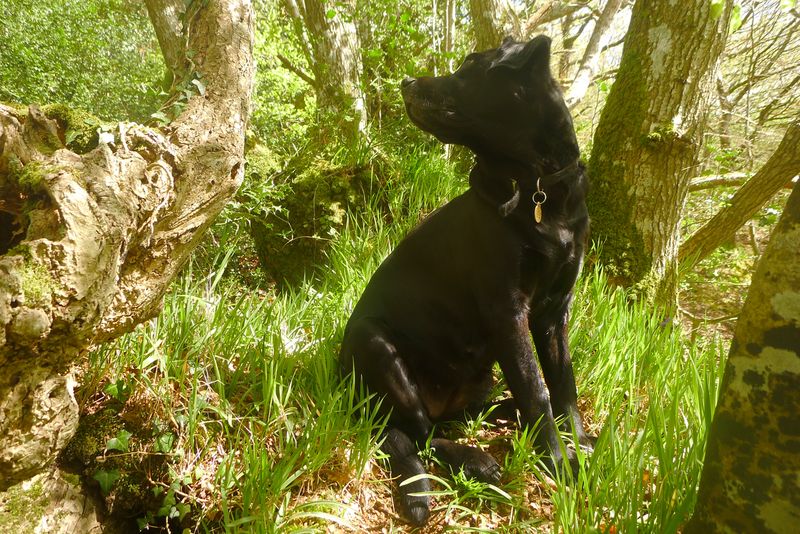 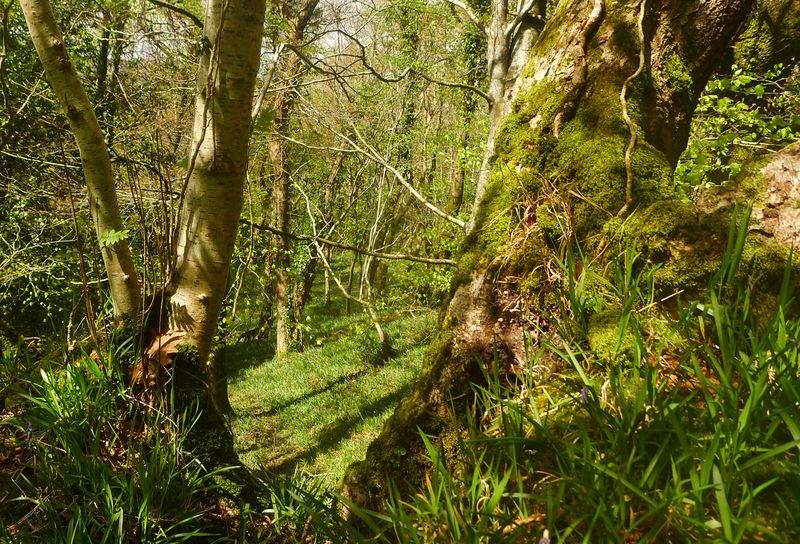 "There are two essential joys in storytelling," Okri continues. "The joy of telling, which is to say of the artistic discovery. And the joy of listening, which is to say of the imaginative identification. Both joys are magical and important. The first involves exploration and suffering and love. The second involves silence and openness and thought. The first is the joy of giving. The second is the joy of receiving. My prayer is to be able to write stories that, to paraphrase T.S. Elliot, can be read so deeply that they are not read at all, but you become the story, while the story lasts. With the greatest writers, you continue to become more of the story long after you have finished it." 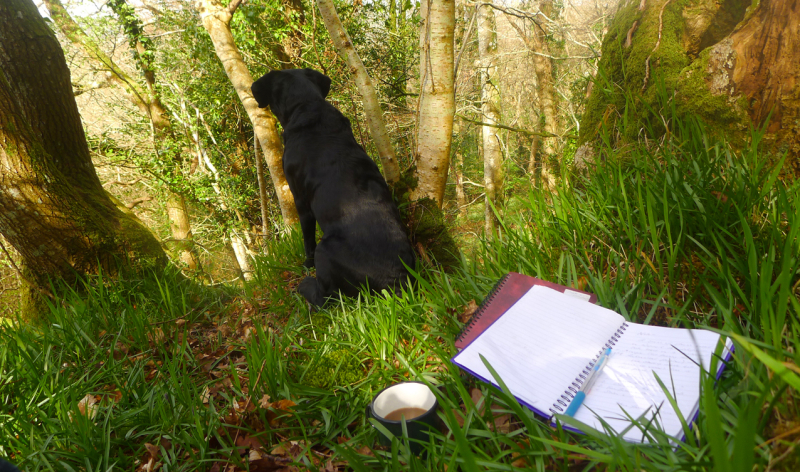 ''Storytellers ought not to be too tame. They ought to be wild creatures who function adequately in society. They are best in disguise. If they lose all their wildness, they cannot give us the truest joys.'' 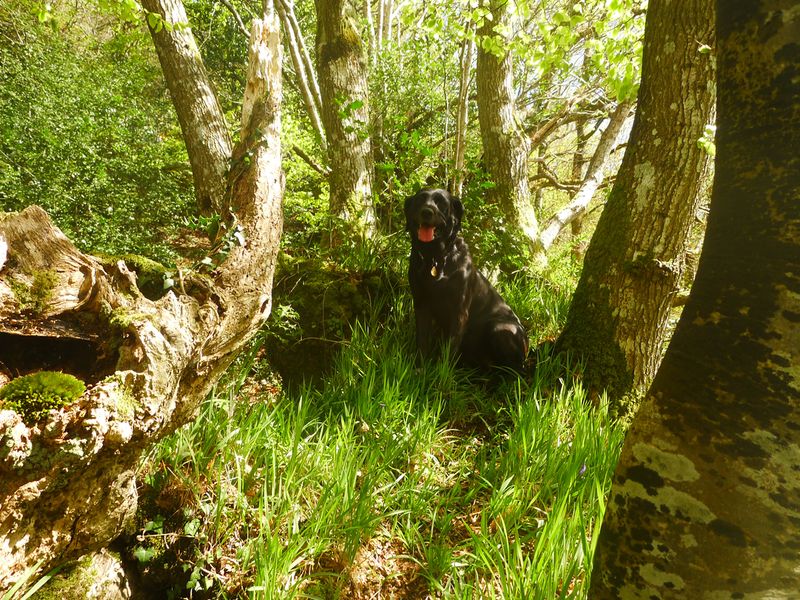 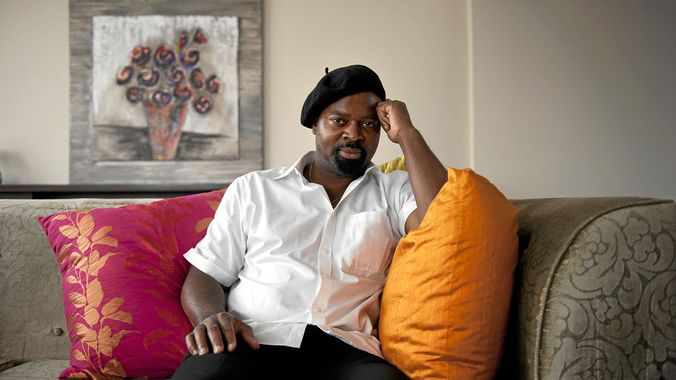 in From the archives, Stories | Permalink | Comments (13)

Why A Story Is Green

Sometimes the mystery of telling lies in the places that trigger memory, emotion and refection that comprise a story needing to be expressed, further explored. The narrator may have journeyed to a new place for various reasons; and yet, there are objects, buildings and natural aspects of the landscape that evoke familiar scenes and sensations. Not always ones that are pleasant and comforting but ones that have unsettled or frightened ; thus, leading to the necessity of confession or testimony. Personal stories that become powerful reminders of our humanity as well as the world's cruelty and injustice. Stories that still evoke the beauty of survival, the power of hope.

This summer while watching the horrific policy of the Trump administration separating children from their parents at the border, I was deeply moved by some of the personal accounts about individuals struggling to escape domestic abuse, gang violence and dire poverty. One story I came across involved a woman from Brazil who had been severely beaten and abused by her husband, a man deeply involved with the drug cartel and the sacrifices/rituals that happen with the worship of the death saint, Santa Muerte, and other related entities in this cult. She described how she had no choice but to escape North to the U.S. She took her daughter and was separated from her at the border. I believe she was released and allowed to stay with relatives ( living in the U.S) while she awaited her asylum hearing; but her child remained in a government facility. She said she cried over the loss of her little girl everyday clinging to the hope they would soon be re-united. In the mean time, she consoled herself by thinking that her child would remember how much she loved her and the good times they shared. She imagined her playing in a park with other children and dreaming that she could fly back to her in dreams at night. Together, they had scattered food for mourning doves tin the garden back home. She named her child after the bird. So through the wide corridors of imagination and the sudden stories or scenarios that lead down them into hopeful possibility, she coped as a mother, sustained herself in a terrible existence.

My poem is somewhat based on her story and told in the first person. I imagined her released into some village ( in California or the southwest) influenced by a Spanish/Mexican heritage and the sadness of current events. Somewhere in a town square where the surroundings and pulse of the street evoke memories and associations that compel her to voice her story.

involves exploration and suffering and love.
Ben Okri
1
Trees embrace a hot wind
drifting up from the border. It smells
of dust and smashed fruit. the stench
of his breath remembered

and how he rushed toward me
breaking the chair instead
with the strike of his hand. His gold
wedding ring sparked
by the light, a flash warning to leave.

2
Pigeons cluster on the pavement
pecking at scattered debris.
Their bird language sounding
like a prayer chant. The echo of his
lingered in "that room" with traces
of a sacrifice. Feathers, bones, a blood line
of hen or quail depending on
what his Death god, his Savior of thieves
wanted that day.

Vine leaves shuddered along the ledge
as I stepped closer and unlatched
its window letting in fresh air, and maybe then --
in a gust of pine laced with ocean salt,
the courage to leave.

3
The clock tower shows 10
minutes beyond the hour. Its iron
numerals like the rails of the fence
that would delay our entry, like the stern tongues
of guards who said, "just ten minutes," "solo diez
minutos," to tell my daughter goodbye. First
a woman than a man -- each voice
ticking with authority, My child's fingers
were clenching mine, hinged together with luck
floating off -- frail as dandelion ash
across the field.

4
Nothing here relents to silence;
yet life spilling through the hands
of a stone saint -- hushes all sound
to a halo of white noise, letting me focus
on the fountain. Its water turned ( by some sensation)
into the shimmer of a park slide
where a tiny girl's arms are wing-spread
in the breeze, somehow knowing
she is like the wild dove. My Paloma.

Thank you so much for this week's wonderful photos and essays on the power of beauty and storytelling. They have brought me comfort, inspiration and hope. so good to see you back, your blog is a wonderful haven!

This is one of the most beautiful and wise descriptions I have encountered regarding the power and magic of a story. Yes, it is green and therefore it
lasts, sustains and transforms. These lines sum up the purpose and impact of a story perfectly -

Because it changes the landscape
of your mind.

It really does and it makes all the difference in our perspective, our imaginative curiosity and sense of wonder.

Every line of this poem flows into the next and together create a strong and vibrant affirmation of a story's spirit and influence. These lines --

Because it has tendrils
that comfort, that bind,
Because it vegetates,
grows in troubled ground
as easily as tilled soil.

are very tangible/relatable to me because I have always thought of writing
or creating a story as a process similar to gardening. Thank you for sharing this poem, it's so beautifully expressed and its wisdom helps to sustain us in these current times of turmoil and confusion.

That is one powerful poem, but the last verse had my swallowing hard as I tried to read it aloud because of lines such as these:
"ife spilling through the hands
of a stone saint"

This is wonderful, Jane. The connections between nature/art/stories seems so important and vital to me, and you've captured that magic here.

Wendy, I always love your insights into language and imagery. Food for thought and for the soul.

Oh, Wendy. The story you've related, and the poem you've created from it, are heart-breaking. I am sitting here so filled with emotion that I can barely tell you how much this have moved me.

What terrible days we are living through. The atrocities that have happened at the Border, and continue to happen, fill me with rage and despair. Of all the harmful things the mob family in the White House has done, this is the most unforgiveable.

Thanks so much for reading my poem and giving me your perspective! That means a great deal to me. And I think we must continue to tell their stories and other stories that spotlight the tragedies and the joys of the human condition. Whether as artists, writers, musicians or photographers, we can make a difference to a certain extent by making others aware. giving voice to those who cannot voice their own plight and circumstances. Stories can sustain us as well as enrich us in some way. Again, thank you!

Thank you so very much for your impressions on this piece and your empathy. I am with you completely on the state of atrocities this White House policy has caused. Honestly, where is the government's sense of decency, humanity and care? And how can Congress sit by and allow this to happen? I am deeply saddened and yet amazed in a terrifying way how much this administration gets away with and how much it violates the human tenets of compassion, humanity and overall decency. Children are our most precious gifts and so vulnerable. Something like these terrible experiences will mark them for a life time not to mention what their parents have gone through and now what they face in a country that is supposed to give refuge to the oppressed and the persecuted. Can we even take some measure of consolation in the mid-term elections this November? Will the better angels of our society prevail and boot out these political thugs that control the majority of both houses and the presidency. I can only pray that will happen. Thank you again for reading and commenting and all you do on this blog to make our day brighter, inspired and reflective of how art can make a difference and how we as artists can in some little way change things or bring awareness to those things which need to be changed.

Thanks so much Terri,

I appreciate your kind comment and letting me know!