The poet and the scientist, part III:
standing in the edgelands
The magic of the in-between 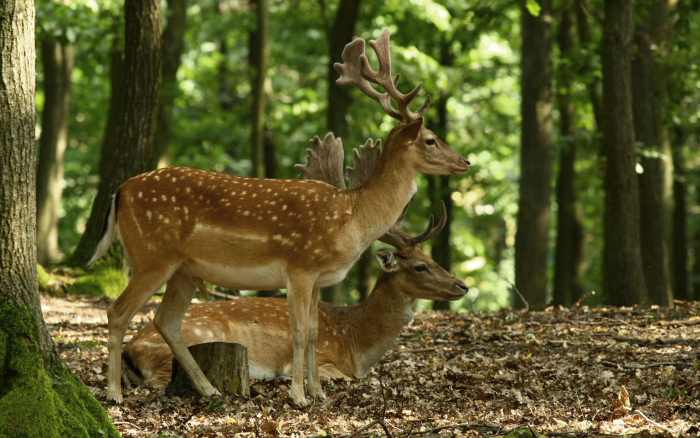 As the hills of Devon turn gold and rust, and the leaves start to fall from the oaks of the wood, here are folk songs of harts and foxes, hounds and hares, the hunters and the hunted.

Above: "The Death of the Hart Royal," performed by the English folk trio Faustus (Paul Sartin, Benji Kirkpatrick, and Saul Rose). This unusual ballad of Robin Hood, Lord of the Greenwood, was found in the archives of Somerset folk song collector Ruth Tongue. The band recorded it for their third album, Death and Other Animals (2017), when they were Artists in Residence at Halsway Manor, the National Folk Arts Centre in Somerset's Quantock Hills.

Below, "While Gamekeepers Lie Sleeping," a traditional poaching song performed by the great English folk singer June Tabor (in a rare video from 1990), followed by another hunting song from the animal's point of view: "The Hare's Lament" sung by Susan McKeown, an Irish musician based in New York City.

Above: "I am the Fox," written and performed by Nancy Kerr (from London) and James Fagan (from Sydney, Australia). This is my favourite hunting song. You'll soon see why.

Below: "The Fox," a traditional song exuberantly performed by the Celtgrass band We Banjo 3 (Enda Scahill, Fergal Scahill, Martin Howley, David Howley) from Galway, Ireland. The song appears on the band's second album, Gather the Good (2014), and features Sharon Shannon on accordion. I just love these guys.

Above: "Hares on the Mountain," performed by Radie Peat and Daragh Lynch from Lankum, the anarchic folk-punk band based in Dublin, Ireland.

Below: "Stags Bellow" by Martha Tilston, from her album Machines of Love and Grace (2012). Tilston, who lives on the Cornish coast, captures the beauty of our Devon and Cornwall peninsula in the gold autumn light. 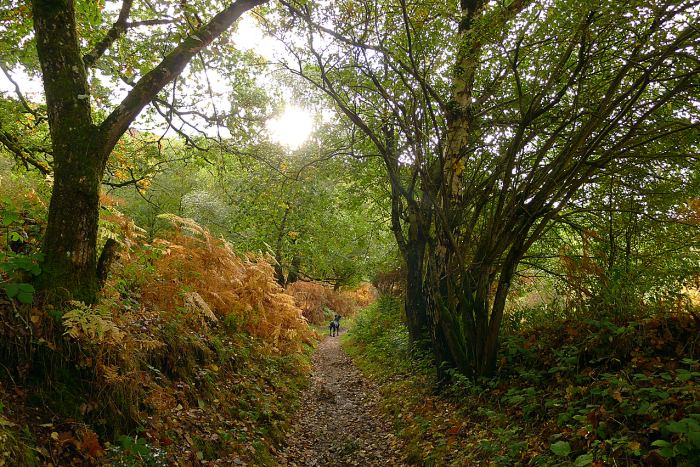 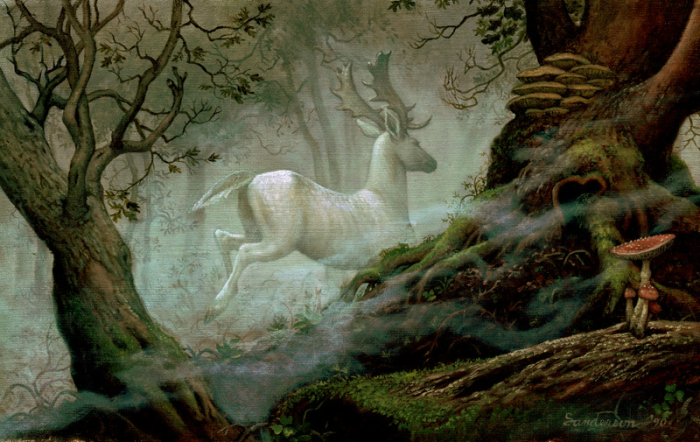 The white stag painting above is by American book artist Ruth Sanderson.

"I am the fox" and "Stags Bellow" are beautiful. I could only bear a few of these tunes at once. So full of all the emoting of Fall. To see the fox and hound run together; and see the love like in the fall come again. Such power, beautiful, over-the-top.

Mesmerized for an hour here in my Manhattan apartment, transported and moved. Ran with the hare and the fox, twirled under Autumns gold and bellowed in my heart. Nancy Kerrs Fiddle was astounding and June Tabor a revelation. THANK YOU.

Oh my--this is my favorite collection of tunes ever!

So glad you all enjoyed this collection of music, as I enjoyed pulling it together. Like Martha Tilston, I love this time of year -- and we're having a particular beautiful autumn in Devon right now.

I remember singing 'The Fox' at primary school to a different tune. The view from the classroom window was of factories and busy roads, so perhaps the teacher was an exiled ruralist in need of fresh air!