From the archives: Twilight Tales
The Blessings of Otters 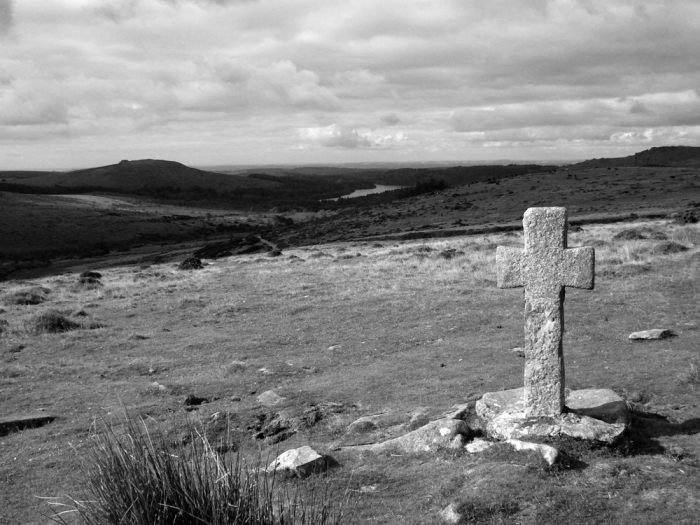 This week, with Halloween and the Days of the Dead just ahead of us, I've chosen songs of ghosts, revenants, and the shadowed border between life and death....

Above: "Imagination: There Was Once a Man..." by Aiden O'Rourke (co-founder of Lau), who explains:

"It all began with short stories. James Robertson, one of my favourite Scottish authors, wrote a short story every day for a year, and each story had exactly 365 words. I loved reading those stories: a daily dose of poetry and wisdom. And I loved the writing. The language is emotional, concise, apposite. Somehow the words and the pacing of the stories felt musical. I was intrigued by the discipline of setting such a quantifiable daily creative ritual. Would the same be possible in music? In 2016, I decided I would take on a similar writing challenge each day for a year. I told James and he replied, 'Don't do it!' then suggested I give it a month and see if it drove me mad. By 2017, I had 365 new tunes, each one linked to a story from James' collection. There's no doubt the tunes are based in Scottish folk music; that's my backbone, the place I come from, the traditional language I love. There's a parallel with James here, too, because he loves old Scots words and tales."

O'Rourke's story-music appears on the album 365: Volume I, released earlier this year, with a second volume forthcoming. In the video above, he's accompanied by keyboard player Kit Downes; and by James Robertson himself, reading the uncanny tale that inspired the tune.

Below: "Fair Margaret & Sweet William" (Child Ballad #74), an old, old song of love and ghosts performed by the great English folksinger June Tabor. The ballad appears on her excellent album An Echo of Hooves (2003).

Above: "I Am Stretched on Your Grave," based on the 17th century Irish poem "Táim sínte ar do thuama," beautifully sung by Dominie Hooper from Band of Burns. Dominie grew up here in Chagford,  dazzling us all with the power of her voice since she was young.

Below: "Wife of Usher's Well" (Child Ballad #79), performed by Scottish singer/songwriter Karine Polwart. In this song, a mother longs for her three dead sons to return to her...but when they do, they come as revenants, still bound to the land of death. The ballad is rich in folk traditions about what the newly dead may and may not do, and how the living may safely interact with them. Polwart first recorded it for her marvelous collection of ballads Fairiest Floo'er (2007), but this fine version appeared a year later on the expanded edition of This Earthly Spell.

Above: "Death and the Lady," performed by folk legends Norma Waterson and Martin Carthy, from the north of England. Norma introduces the song, explaining its history and connection to the Black Death.

Below: "The Ballad of George Collins" (Child Ballad #42), a traditional song performed in an extravagantly untraditional way by the brilliant young folksinger Sam Lee, who is based in London. The Penguin Book of British Folk Songs explains:

"The plot of  'George Collins' has its secrets. From an examination of a number of variants, the full story becomes clearer. The girl by the stream is a water-fairy. The young man has been in the habit of visiting her. He is about to marry a mortal, and the fairy takes her revenge with a poisoned kiss."

In this variant of the ballad, the young man has been promiscuous with his favors and five other young women, in addition to his lover Fair Ellender, die from kissing his poisoned lips.

Above: "Kitty Jay" by Seth Lakeman, a song from his 2004 album of the same name, performed in New York earlier this year. Seth, who lives here on Dartmoor, draws much of his song-writing material from local history and lore. Kitty Jay (as the legend goes) was a poor young woman who worked on a remote farm in the late 18th century. Impregnated and betrayed by her master's son, she resolved to take her own life, and for this sin she was buried in unhallowed ground at the Manaton crossroads. 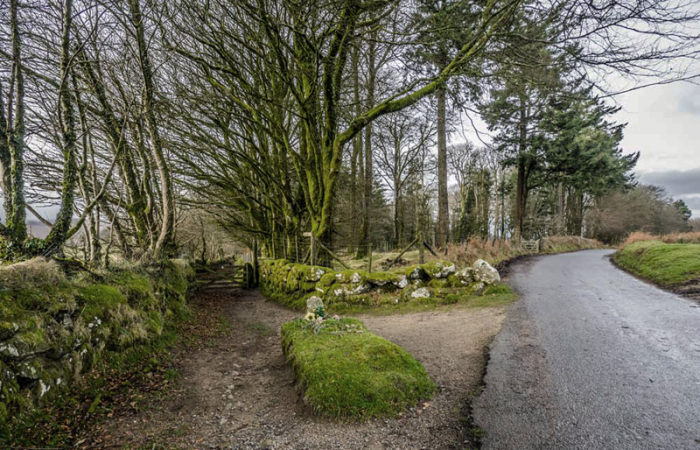 Kitty Jay's grave, which is not far from our village, is said to be haunted by a shadowy figure wrapped up in a cloak. (Kitty herself? Her remorseful lover?)  There are always fresh flowers upon it, although no one is ever seen putting them there. 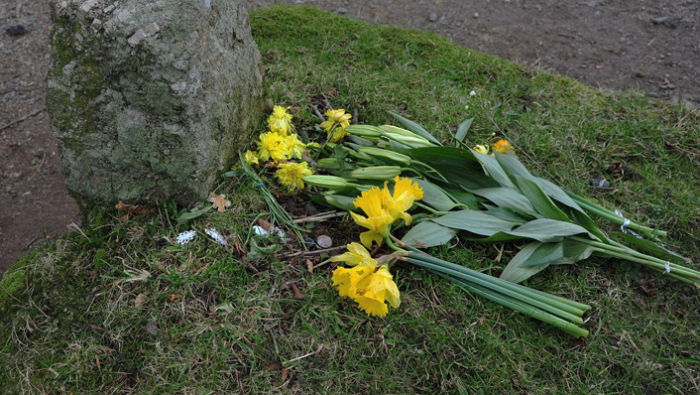 And to end with, below:

"In a Week," a very dark, yet eerily beautiful song about the process of death, written and performed by Hozier (Andrew Hozier-Byrne). He's accompanied here by Alana Henderson. Both musicians are from Ireland. The three Dartmoor photographs above: An ancient cross near Crzaywell Pool, and Jay's Grave at the edge of the moor near Manaton. The last photograph, of maiden and fox, is by Alexandra Bochkareva. If you'd like more spooky songs, last year's Halloween tunes are here. For more information on Child Ballads, go here.

Lyrics for my band perhaps? Right now a poem.

You are long gone into the ground,
The water, and the air,
But I would bring you home again
And have you with me here.

I held your hand, I saw you die
I watched the bright light fade.
I saw the dark robes cover you
For that final ride.

I mourned by stone, I mourned by sea,
I wept by grave and stone.
And I will bring you home again,
be you but ash and bone.

Be you but ash and bone.