Tunes for a Monday Morning
Leaning into the light 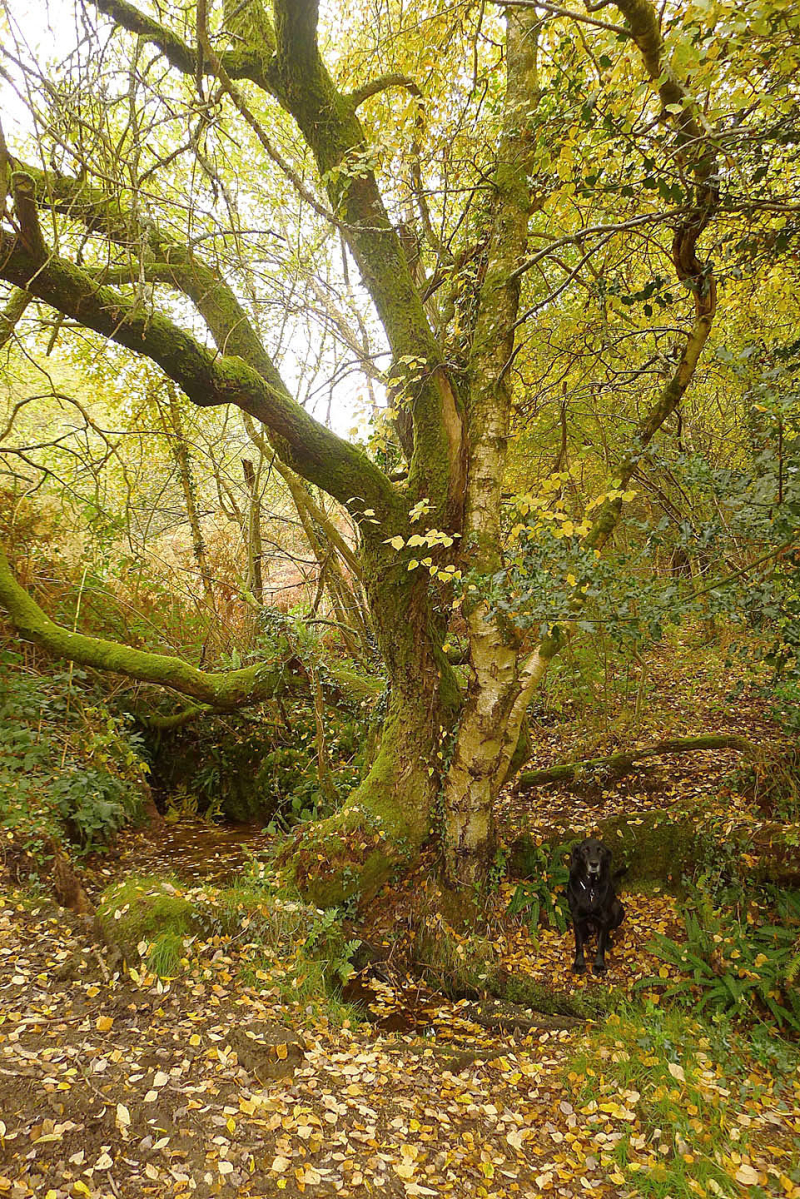 I had a new post planned for you today, but my work schedule has been waylaid by a family problem (small but time-consuming). Instead, here's one from the archives that I feel is worth re-visiting on a day when we are all holding our breaths over the U.S. midterm elections....

"A friend of mine, Jaime Cortez, tells me I should consider the difference between hope and faith. Hope, he says, can be based on the evidence, on the track record of what might be...but faith endures even when there's no way to imagine winning in the foreseeable future. Faith is more mystical. Jaime sees the American Left as pretty devoid of faith, and connects faith to what it takes to change things in the long term, beyond what you might live to see or benefit from. I argue that what was once the Left is now so full of anomalies -- of indigenous intellectuals and Catholic pacifists and the like -- that maybe we do have faith -- some of us.

"Activism isn't reliable. It isn't fast. It isn't direct either, most of the time, even though the term direct action is used for that confrontation in the streets, those encounters involving law breaking and civil disobedience. It may be because activists move like armies through the streets that people imagine effects as direct as armies. An army assaults the physical world and takes physical possession of it; activists reclaim the streets and occasionally seize a Bastille or swarm a Berlin Wall, but the terrain of their action is usually immaterial, the realm of the symbolic, political discourse, collective imagination. They enter the conversation forcefully, but it remains a conversation. Every act is an act of faith, because you don't know what will happen. You just hope and employ whatever wisdom and experience seems most likely to get you there. 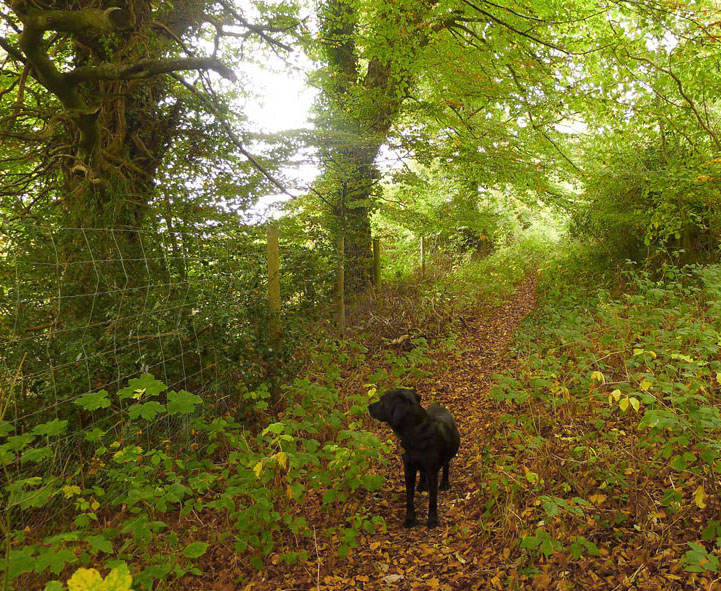 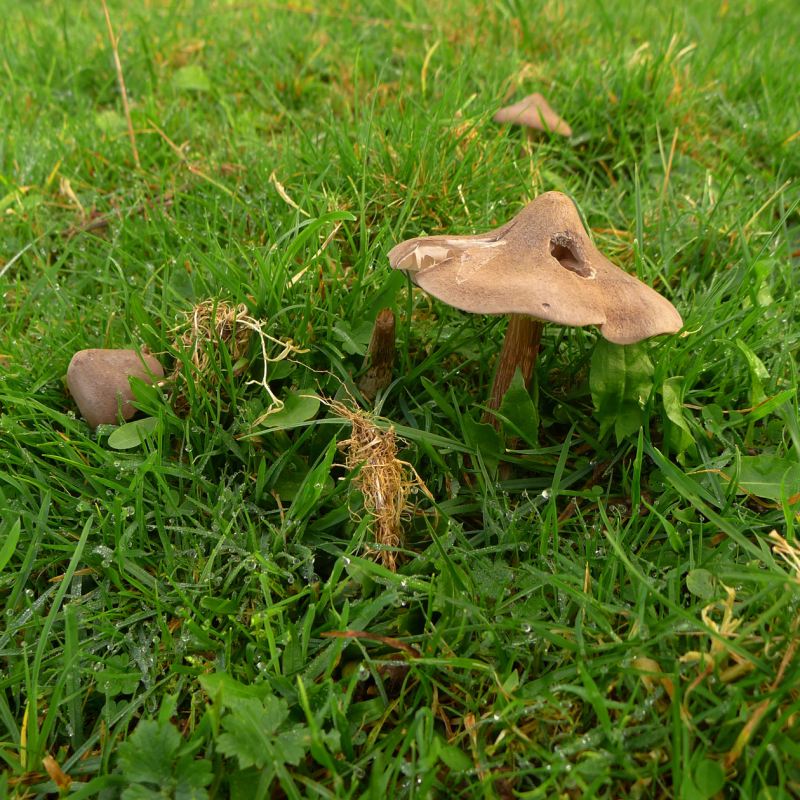 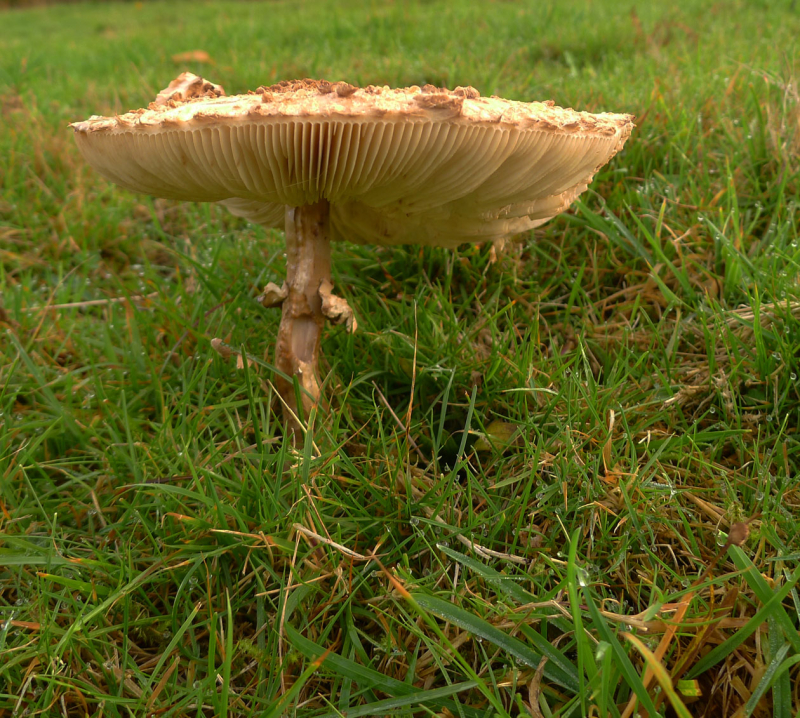 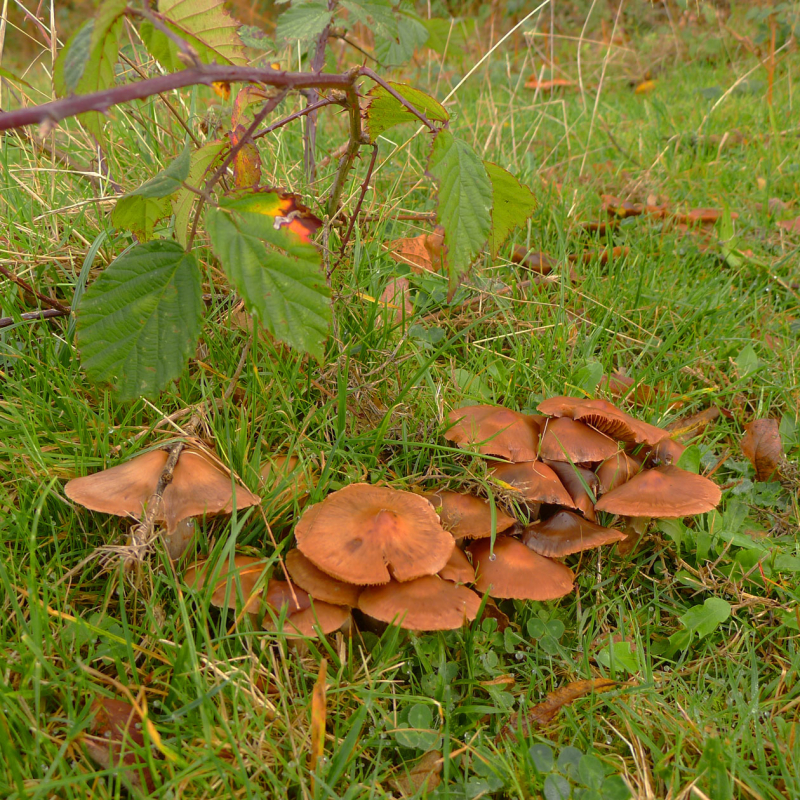 "I believe all this," Solnit continues, "because I've lived it, and I've lived it because I am a writer. For twenty years I have sat alone at a desk tinkering with sentences and then sending them out, and for most of my literary life, the difference between throwing something in the trash and publishing it was imperceptible, but in the past several years the work has started coming back to me, or the readers have. Musicians and dancers face their audience and visual artists can spy on them, but reading is mostly as private as writing. Writing is lonely. It's an intimate talk with the dead, with the unborn, with the absent, with strangers, with readers who may never come to be and who, even if they do read you, will do so weeks, years, decades later. An essay, a book, is one statement in a long conversation you could call culture or history; you are answering something or questioning something that may have fallen silent long ago, and the response to your words may come long after you're gone and never reach your ears -- if anyone hears you in the first place.... 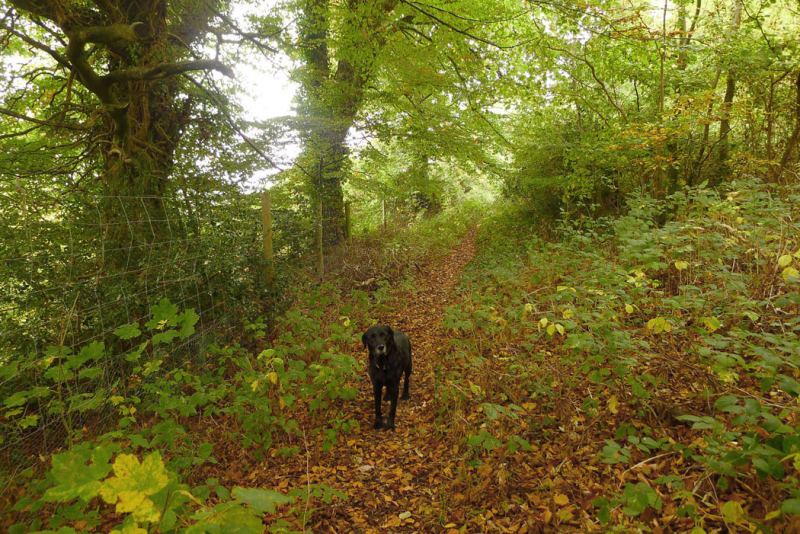 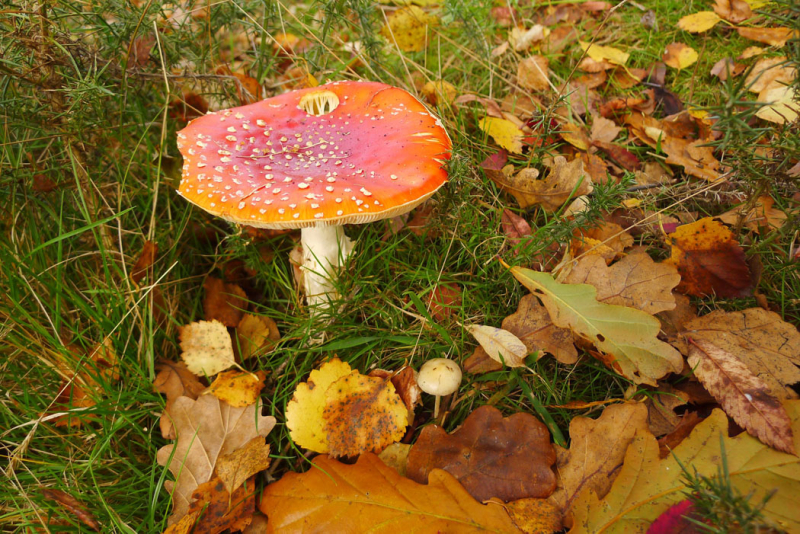 "You write your books. You scatter your seeds. Rats might eat them, or they might rot. In California, some seeds lie dormant for decades because they only germinate after fire, and sometimes the burned landscape blooms most lavishly. In her book Faith, Sharon Salzberg recounts how she put together a collection of teachings by the Buddhist monk U Pandita and consigned the project to the 'minor good-deed category.' Long afterward, she found out that while Aung San Suu Kyi, the Burmese democracy movement's leader [back in the days when she was a true force for good], was isolated under house arrest by that country's dictators, the book and its instructions in meditation 'became her main source of spiritual support during those intensely difficult years.' Thought becomes action becomes the order of things, but no straight road takes you there.

"Nobody can know the full consequences of their actions, and history is full of small acts that changed the world in surprising ways." 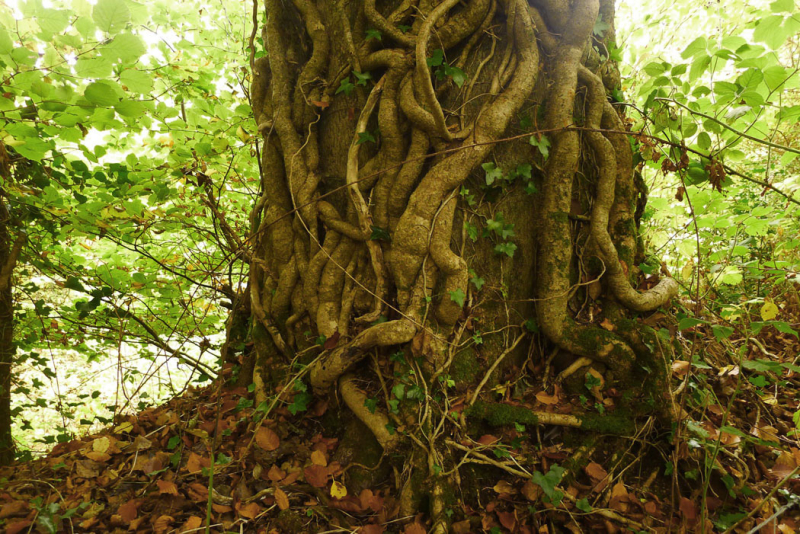 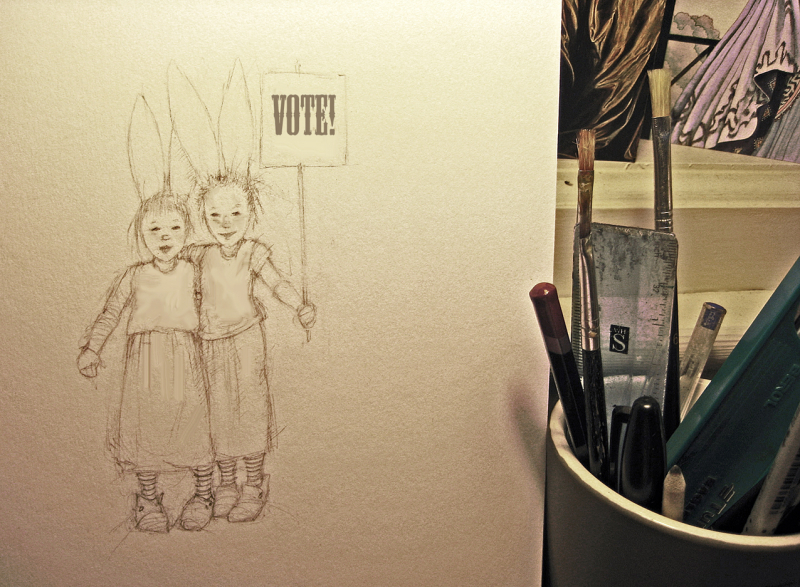 Words: The passage above is from Hope in the Dark by Rebecca Solnit (Haymarket, 2004), which I highly recommend. The poem in the picture captions is from The Crooked Inheritance by Marge Piercy (Knopf, 2006). All rights reserved by the authors. This post first appeared in November 2016, not long after the American presidential election.

Pictures: Black dog, golden leaves, and the colourful funghi community in the Devon woods. My "Bunny Girls" drawing at the end goes out to American friends and family, with special thanks to all who are helping voters get to the polls today.

in From the archives | Permalink | Comments (14)

I love this. Though alas Aung San Suu Kyi no longer the leader we hoped she was.

Alas, yes. For a long while there, she was a bright burning star of hope. That particular star has dimmed, but hope shines on.

Just what I needed this dreary election day, also anniversary of my sister's death. Hope, faith in that which is unknown. As an artist I feel much the same in putting my work out to maybe communicate with perhaps one or two people who will understand my message. The vacuum seems great at times.

I share your anxiety over Election Day, Barb, and I'm very sorry this is such a sad anniversary for you. May her memory be for a blessing.

That word, now captive
of the religious right,
that leap caught half-jumped
into the spotlight of history.
It is no longer free
of connotation.
politicized by people
who rely on prayer,
who's only thinking
is done on their knees.

Faith should walk
upright alongside all of us
who have faith in gravity
that ties us to the planet,
faith in the love
between a mother and her children,
faith in the sunrise,
the dark night ending,
the ability of humans
to finally make the right decisions,
a turning that is often compromised
by the wrong kinds of faith.

Thanks from across the Pond for the lovely photos on a day filled with so much uncertainty about so many things.

From the West Coast, I send many thanks for this beautiful essay, gorgeous photos and poem by Marge Piercy. In a dark time when we all wonder how certain rulers, and yes PRESIDENT, ended up in places of power with such divisive attitudes, egos and thirst for power, these writings give us hope and re-emphasize the power and significance of faith in whatever form it may take. When I look outside and see the arch of lawn sprinklers baptizing the ground with a new day, the light sliding through it like a mystical spirit or ghost, something beautiful happens. For the moment, the beauty of life and nature is reaffirmed, and a connection with the spiritual aspects of the environment and all the unseen forces that communicate "good". is made. One feels bonded to the power of the immediate present and beyond. Again, many thank yous for this!

Birds leap
between the branches of a hedge
then hush
into sudden stillness. The spider's net
left bobbing among leaves
Only to catch the dawn

as you enter
the showered arch of lawn
sprinklers with light, becoming light
and more -- a presence seeking

a body to lend you limbs
that will move through this psalm
God has given
as a landscape of path and shadow;

and a face
to gaze upon the day
with the shy, deep-eyed
curiosity
of the deer.

Faith should walk
upright alongside all of us
who have faith in gravity
that ties us to the planet,
faith in the love
between a mother and her children,
faith in the sunrise,
the dark night ending,
the ability of humans
to finally make the right decisions,

Such a perfect and beautiful description of what "faith" really is and should be, not underscored by rigid dogma, power or ambition. I love the examples you give and whole-heartedly agree! Thank you for sharing this, it speaks volumes.

Well read, dear Wendy. It is not a hit at religion per se, but to say that no one has the copyright on the word and there are many who have different "faiths."

Thank you, Jane Yolen, for the beautiful poem. And thank you, Terri, for this wonderful blog. I have photographed the same orange mushrooms on my parents' property in Virginia, where sometime we find very old arrowheads. Across the pond from you, and yet the same rich earth.

There is always a line, a perfect iage that startles me alive in your poems, Wendy. That makes me see something I have never thought of before. This time it is "the showered arch of lawn." Wowser.

Thank you,Terri for the blog. Thank you, Jane and Wendy for your poems. From the quotes from Rebecca Solnit that begin this post, I am encouraged by the final lines: ""Nobody can know the full consequences of their actions, and history is full of small acts that changed the world in surprising ways."

The New Moon will conjunct the Sun in the transformative sign of Scorpio late this morning of November 7th. New Moon's are a time for setting intentions. For me, a Scorpio born nearly 71 years ago, my intention is to slip the noose of culture, as Hyde so skillfully suggests in his book Trickster Makes This World. With the howl of Coyote to encourage the telling of my long story, told long and tricky I nod to the art that collects here. Yes!

Thanks so much for reading my poem and sharing your perspective. I am always inspired and deeply touched by your insight and what works for you in my work. It means a great deal!!

Thank you
my best always!!
Wendy

Thanks so much for reading my poem! I really appreciate that! I, too, am a Scorpio and love your view of the "new moon" and how you will "slip the noose of culture" and allow the coyote's howl to prompt and propel the telling of your story. There's a poem there I think. Thank you so much for sharing your wisdom and thoughts. They enrich us!