In memorium
Wild daffodils in the woods 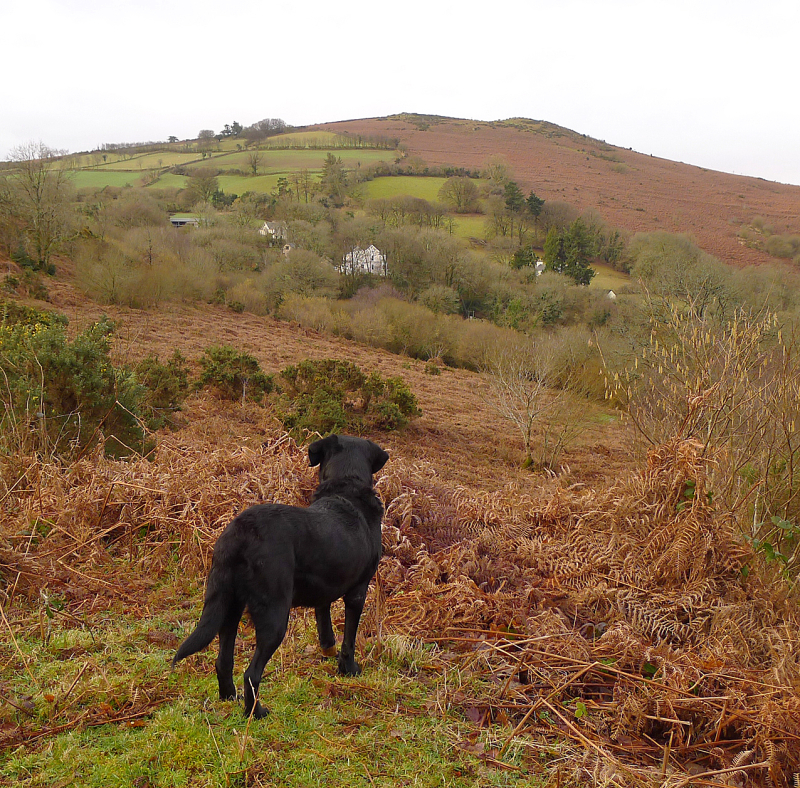 As a writer, and as a woman with health problems, I have a particular interest in a genre of books sometimes referred to (affectionately or condescendingly) as "sick lit": reflections on living life with a serious illness or disability. I seek out such books not only to discover how other writers think about these issues, but also how they've managed the alchemical work of turning hard experience into art -- for this is something I strive to do myself, and fail at more often than I succeed. 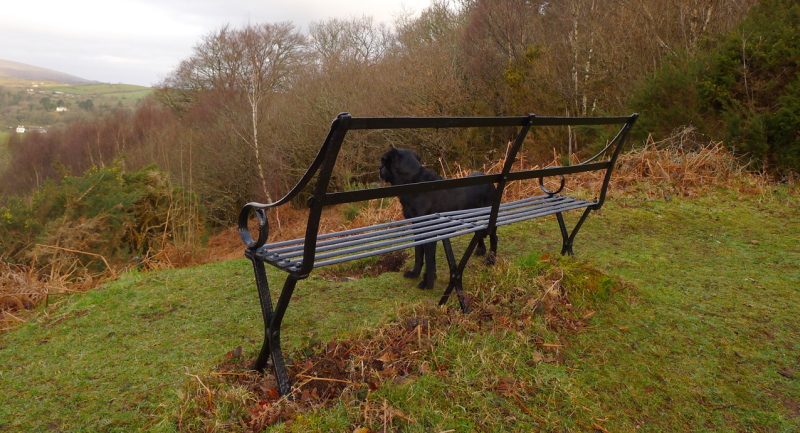 Disability literature is plenty, and increasing. The dog-earred volumes on my own shelves include The Cancer Journals by Audre Lorde, Illnesss as Metaphor by Susan Sontag, essay collections by Nancy Mairs and Floyd Skloot, The Anatomy of Illness by Kat Duff, Elegy for a Disease by Anne Finger, Eating the Underworld by Doris Brett, A Match to the Heart by Gretel Ehrlich, One Hundred Names for Love by Diane Ackerman, The Still Point of a Turning World by Emily Rapp, An Unquiet Mind by Kay Redfield Jamison, Hillbilly Gothic by Adrienne Martini, Tristomania by Jay Griffiths, The Empathy Exams by Leslie Jamison,  It's Just Nerves by Kelly Davio, Kissed by a Fox by Priscilla Stuckey, and The Sound of a Wild Snail Eating by Elisabeth Tova Bailey.

Each of these is well worth a read, but one volume I've only recently discovered is in a league of its own: Pain Woman Takes Your Keys & Other Essays from a Nervous System by Sonya Huber. It's simply the best account that I've yet read of living a writer's life in a body that does not function properly, told in language so exquisitely crafted that it took my breath away. 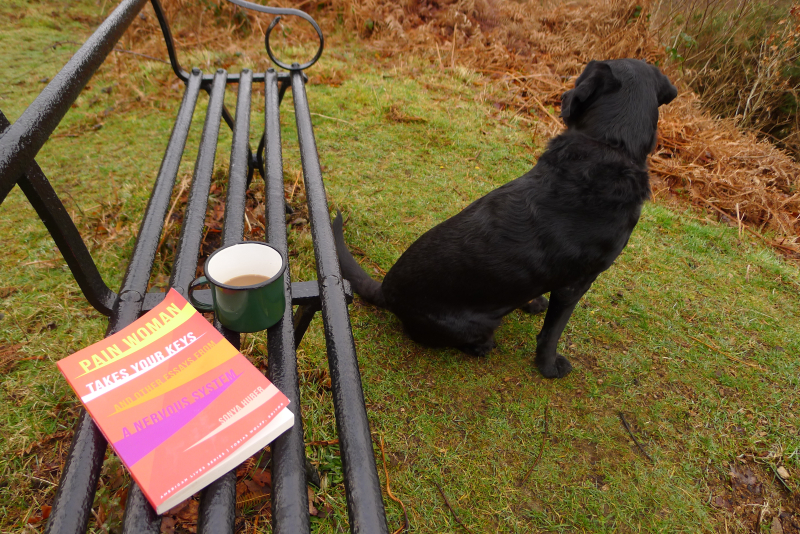 The collection begins with "What Pain Wants," a short piece in the interstice between poetry and prose, in which Huber personifies pain as an implacable yet poignant figure with "the inscrutable eyes and thin beak of an egret." Trapped in "a body that is ill-fitting for its unfolded shape," Pain communicates in symbols and signs -- then, faced with human incomprehension, puts its "beaked head in its long-fingered wing hands in frustration and loneliness." Huber's image of pain as tormentor and tormented, a Hib Sabin Trickster god come to life, has the ring of mythic truth about it, and is one I won't soon forget. 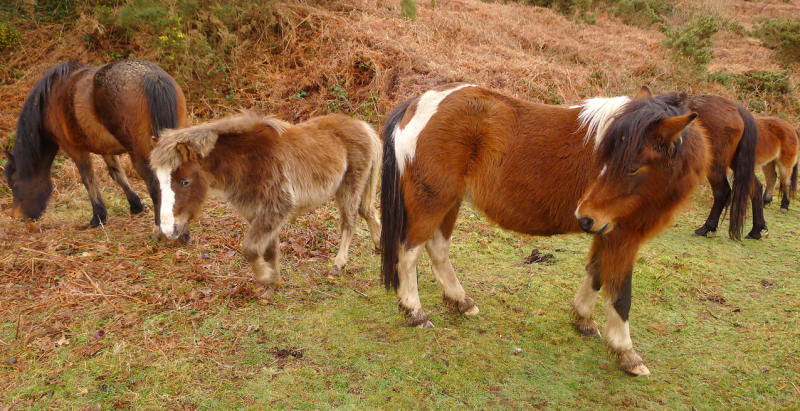 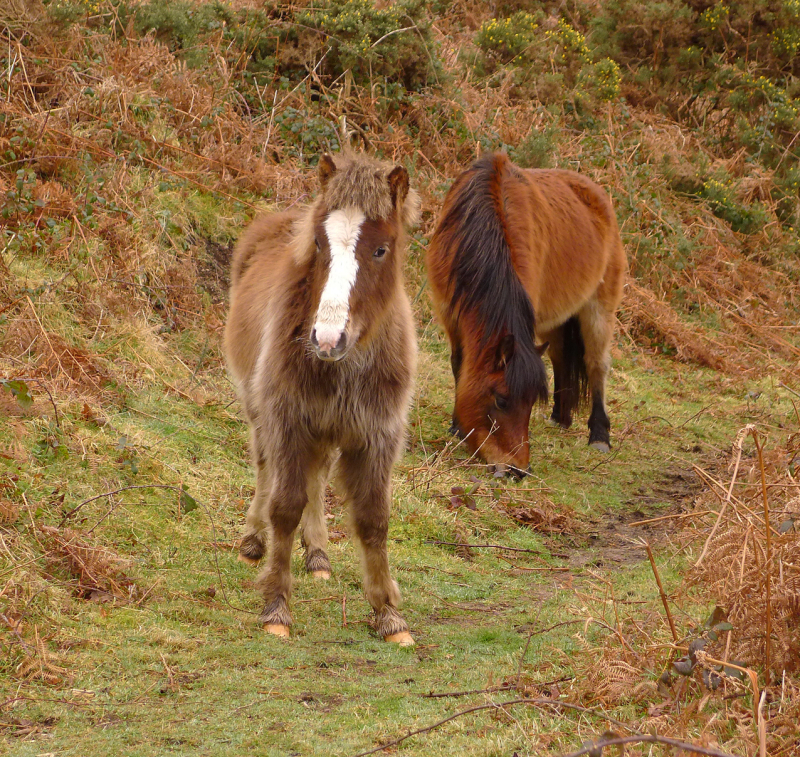 She then goes on to explore the physical, emotional, political, sexual, and practical aspects of living, working, and raising a child while dealing with disability and navigating the maddening medical world. There is sorrow, frustration, and anger in these essays, of course, but also comedy, wisdom, and sharp, bright joy -- lifted from reportage to art by the poetic precision of Huber's writing. 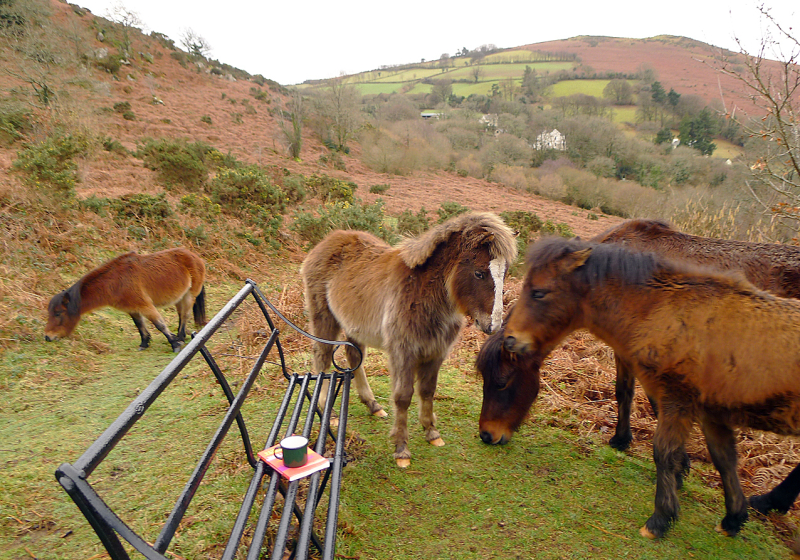 "Welcome to the Kingdom of the Sick," for example, begins like this:

"When I am ill, only the kingdom of the ill is a comfort. The image of laughing, limber-limbed bodies with shining hair is not bitter because I long for it. It is bitter because it does not have anything to teach me and because it makes me forget the solidity of my own ground. I cannot aim for that bright country of the well anymore. It is barred to me, and as I hold it in my mind's eye, there is no room for crushing nostalgia. The taste is bitter because it is the taste denied.

"What I learn is that the kingdom of the ill is a vast bedrock. We appear weak and reclined, yet we cannot be invaded or defeated. Look at us: We are unbreakable in our brokeness. We cannot be cured and are therefore invincible. We have dropped down the well. We reel in a slow-motion dance, treading where others fear to tread, continuing to breathe in the postnormal existence. We are the zombies, the undead. We are the good and bad witches, double-sighted. 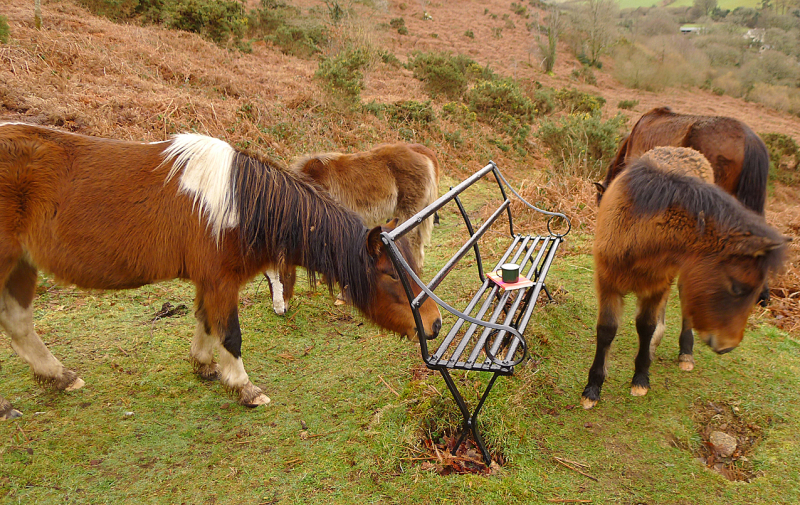 "The kingdom of the ill is mighty and legion, and it is the borderland all bodies must pass through. And we have set up tents, encampments, and homes. We wave at you from beyond the gates. 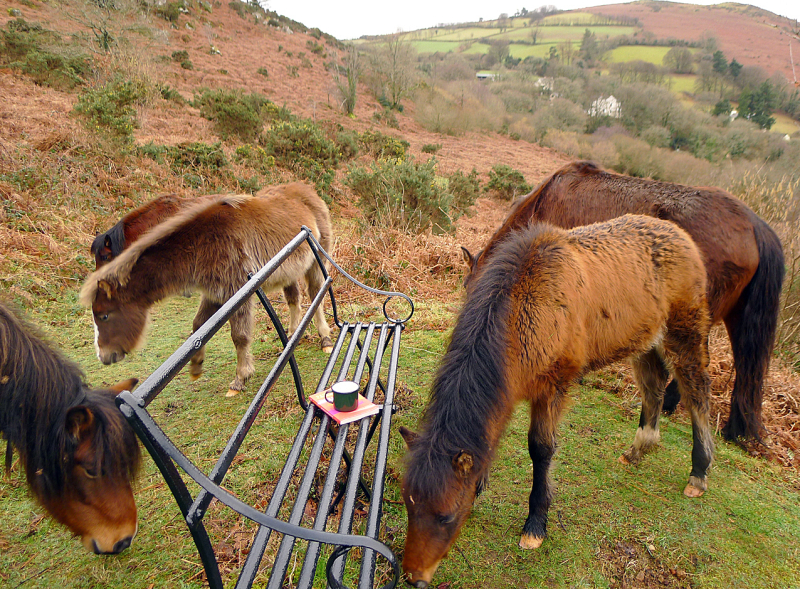 Some of the essays in the volume are straight-foward in construction; others stray from linear narrative in order to conjure the experience of pain, describing the indescribable. I admit I'm often wary of experimental modes of writing, for in unskilled hands such forms can be affectations rather than necessary to the text. But here, the breaking of convention works. It is purposeful, controlled, sparingly applied, and thus powerfully effective. 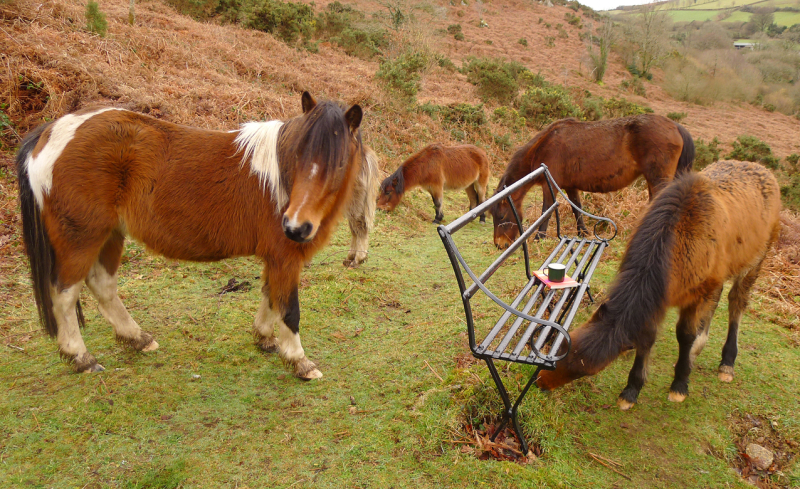 I found myself reading Pain Woman slowly...doling it out...savouring each essay, reluctant for the book to end. I turned the last page on a bright winter's day on the hill behind my studio -- exhilarated by Huber's prose, and sad that there was to be no more of it.

Shaking myself from under its spell, I looked up and found a herd of Dartmoor ponies drifting toward my bench.  They'd climbed up from the fields below, heading over the hill and out to the moor. Soon they surrounded me and Tilly, their breath steaming lightly in the cold air. The end of a book is a super-charged moment, particularly if the book has been good, and the presence of ponies felt like a benediction on the surge of emotions Pain Woman had raised. 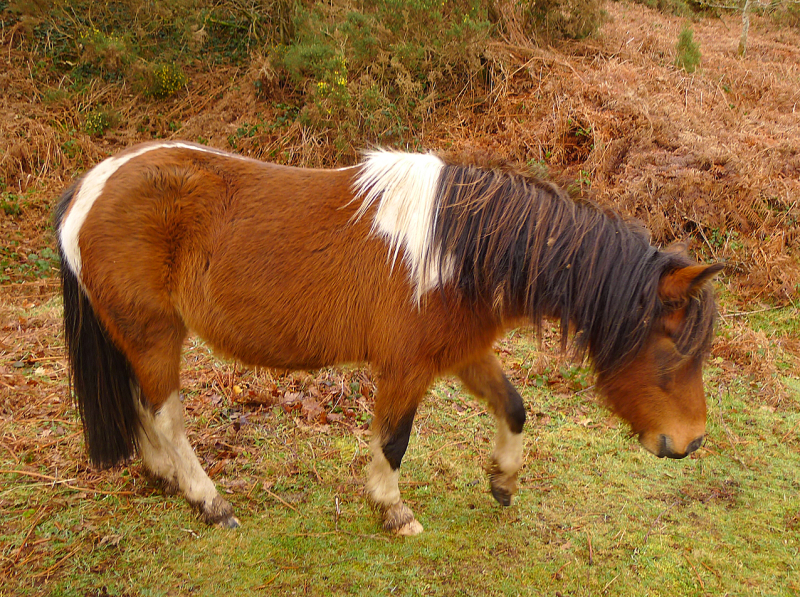 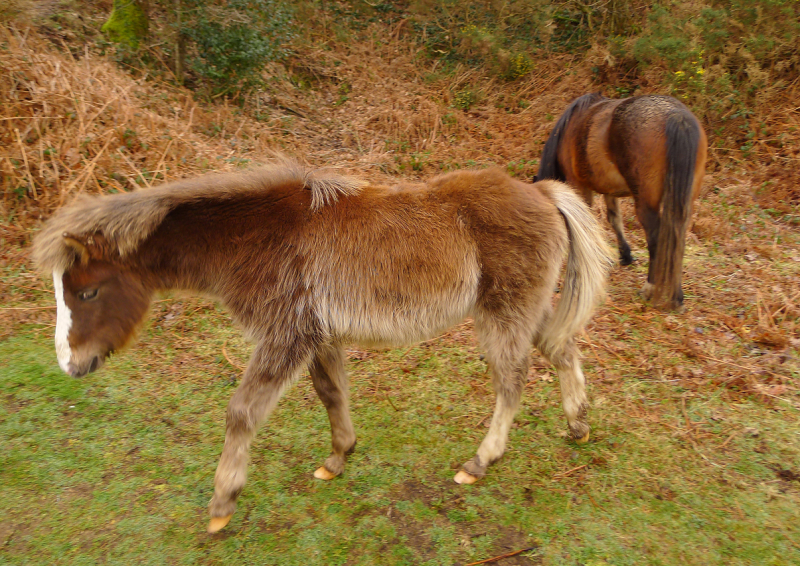 The hound and I watched quietly as the herd slowly drifted away again, disappearing over the crest of the hill. Then I packed up my things, whistled for Tilly, and headed back down to the studio. In that moment, I knew I would write this post: on language and ponies and life in a body that fails me, then heals again, time after time. I knew I needed to recommend Huber's book, both to those who know the sly/shy Trickster god of pain, and those who don't, at least not yet.

It's a searing, honest, beautiful read... 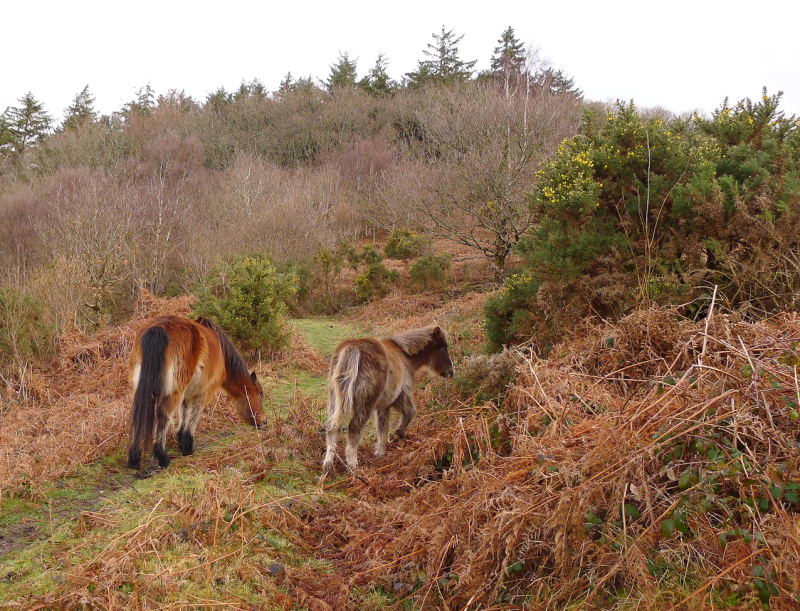 ...and now blessed by wild ponies too. 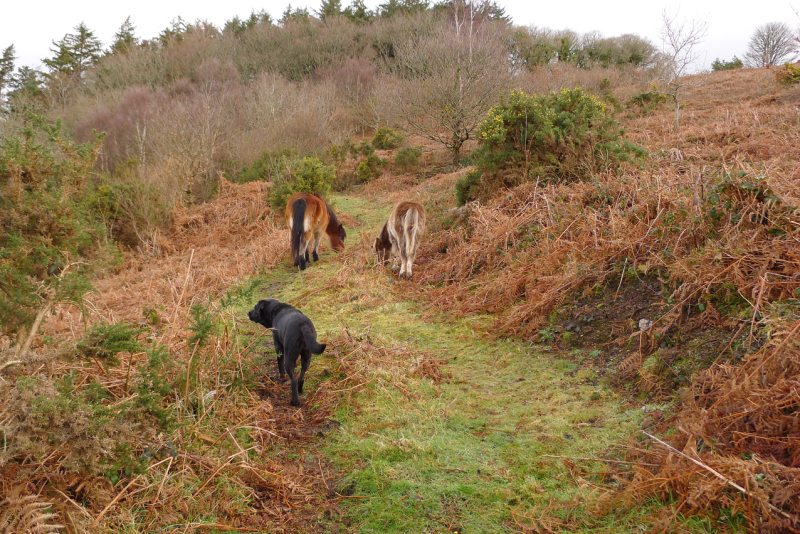 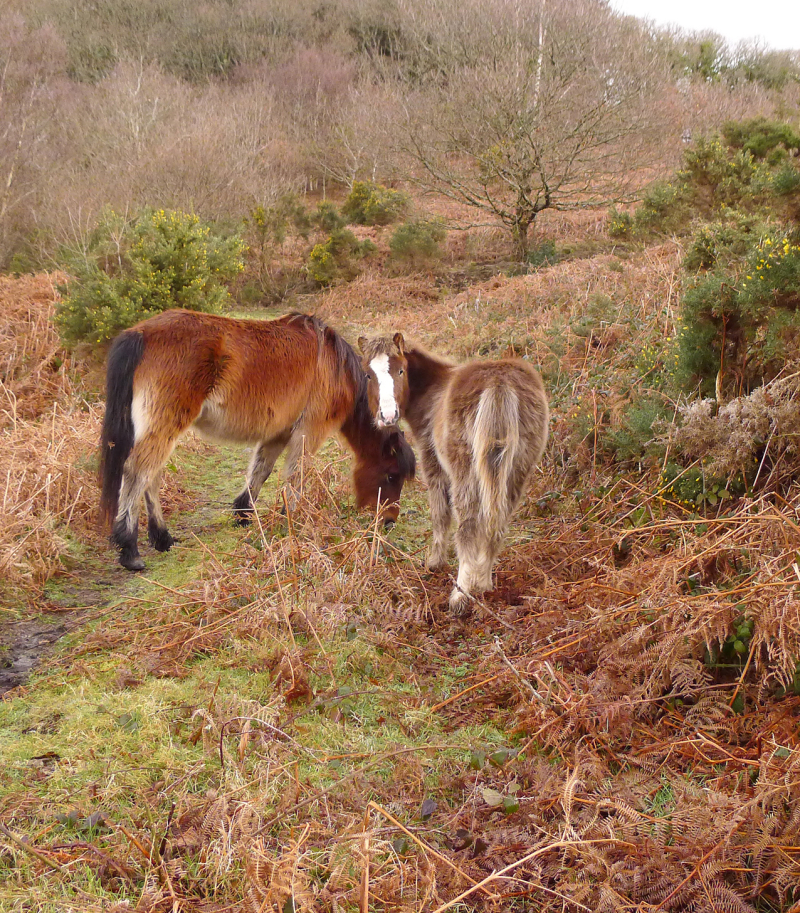 The passage above is from Pain Woman Takes Your Keys & Other Essays from a Nervous System by Sonya Huber (The University of Nebraska Press, 2017). The poem in the picture captions is from New Ohio Review (Spring, 2011). All rights reserved by the authors.

As an addendum to this post, I recommend "Rewriting the Old Disability Script," Nicola Griffith's passionate call for more (and better written) disabled characters in all forms of contemporary fiction:

Nicola's own recent novel "So Lucky" is an excellent example of how to do this properly. It's available in the States from Farrar, Straus & Giroux, and in the UK from Handheld Press.

Thank you, Terri. Perhaps reading this book will help me figure out how better to live with chronic pain resulting from cancer and the stuff that goes with it like surgery, chemo and bags of medication. So appreciated.

Ten years is a blink of the eye a slow one when time is bent by multiple sensitivities to life in the present and ancestral memory knotted in tangled leis.
Ten years ago a small golden wagon built to move with the needs of my morphing "chronic illness" began an adventure that had no explanations ... remedies would come through story & experiments with vocabulary would demand frequent interludes with the Windward side of Oahu and slack key guitar.

A venue of expression? That has had to be created as often as the seasons. Lucky me, this is what being part of is ... those sensitivities have retooled me. Attuned me to the howl of Coyote and the borderlessness of air ... we are meant to be entangled is the joke! The key to unlocking privelege.

Another STUNNER and oh, how I'd love to run my hands over those ponies backs and place my forehead against the forehead of any one of them, bowing to their beauty.

"The kingdom of the ill is mighty and legion, and it is the borderland all bodies must pass through. And we have set up tents, encampments, and homes. We wave at you from beyond the gates.

I've dealt with the same for many years, cate, and yes, this book helps. Not in an advisory or "self-help" kind of way, but by putting such experiences into language, and doing it beautifully -- thus engendering new insights, new ways of thinking and speaking about it all.

Yep. That ol' Trickster, always such a rascal, but wise as often as he's not.

I think you'll love Huber's book, Michelle. And I shall bow to the ponies for you.

THat sounds like one I need to read...fairly crippled up since 1997, I've been through most of the stages. It's always a scary slide, isn't it? Down days and up, and hoping not to stay down...

The best kind of book review — filled with thoughtful critique and insertions of autobiographical detail. Michelle Slater got me here today. The only book of this sort that I’ve read of late is Roxane Gay’s “Hunger.” Very eye opening about the medicalization and shaming of fatness, the psychological uses of being large, and self acceptance.

"Hunger" has been on my Reading List for ages. Thanks for the reminder, Dee.

Thank you so so much Terri for a wonderful article and a book I must read! Battling chronic illness and parenting a disabled son, while trying to write, has made me passionate about representation. The personification of pain Sonya describes is perfect—mine is a Raven, the Trickster of Dene culture that rides around always on my shoulder, flapping its wings and shrieking at the most awkward of moments.

What a beautiful review of a book that sounds truly magical. I will be looking out for it to read myself. I see often a call for more books with disabled and chronically ill characters, written by people who experience these things themselves. Recently I read an opinion that any book written by a disabled or unwell person is itself an expression and testament to their experience, their limitations and perspectives and strength, simply because they wrote it. Certainly this feels true to me.

Nobody promises gold any more,
we have been proved wrong
so many times. But health,
that would make us spin,.
Or eternal youth,
without the crippling hormones.
Or a handful of dark chocolate.
Love.
Yeah, I'd spin for most of those,
my arms aching with the new skill
even as the allergies kicked in.
We are all fools for something.
Maybe even gold.

Yeah, I'd spin for most of those,
my arms aching with the new skill
even as the allergies kicked in.
We are all fools for something.
Maybe even gold.

Yes, I would spin for those too, definitely worth the try and he effort. I really like the way you frame this, especially with the aspect of spinning for good health or the recapture of youth. We all gravitate toward those ideals/wishes, even if we seem foolish and the possibility of such things happening seems unattainable. The gold shimmers and we will risk bundles of straw and hard labor to get there. Thank you for sharing this one, I really can relate.