Honoring the wild
The call 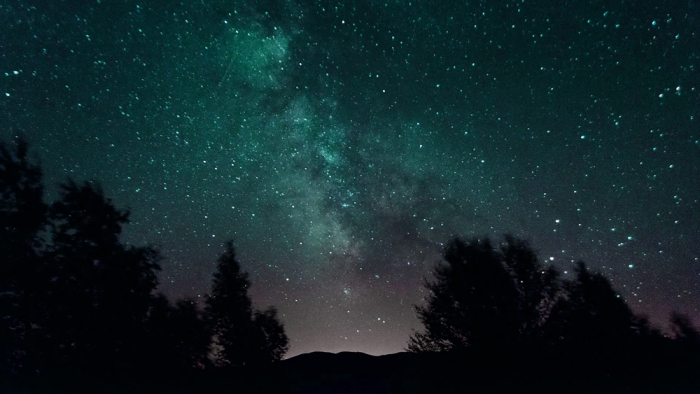 I'm inspired by the stars this week, and by these words from Carl Sagan: "The cosmos is within us. We are made of star-stuff. We are a way for the universe to know itself."

Above: "North Star" by Kyle Carey, based in Brooklyn, New York. The song was the title track of her second album, blending Scottish Gaelic and American roots music. I recommend it highly, along with her lastest: The Art of Forgetting.

Below: "Bright Morning Star," an Applachian spiritual performed by Cara Dillon, from Northern Ireland. The song appeared on her fifth solo album, A Thousand Hearts (2014). If this video won't play in your area, you can watch it on YouTube here. 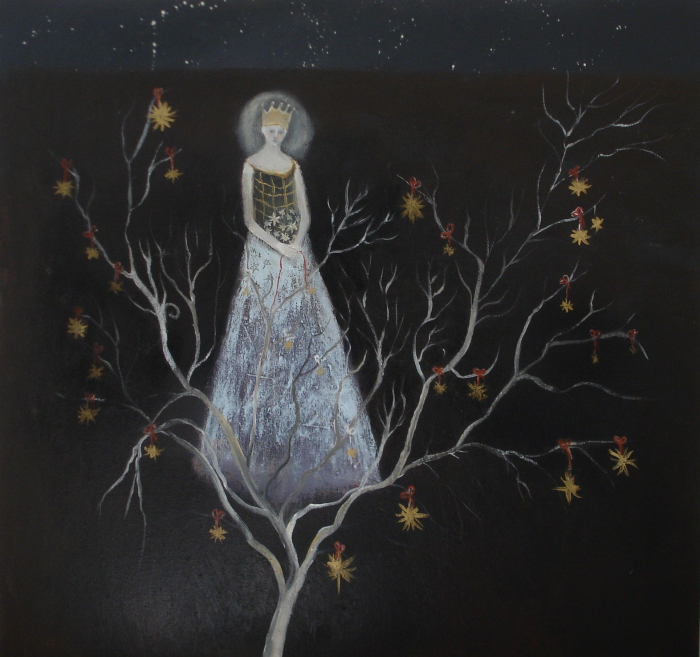 Above: "Far Beyond the Stars" by The Henry Girls (sisters Karen, Lorna, and Joleen McLaughlin), from the west of Ireland. It's from their new album of the same name, released in January. 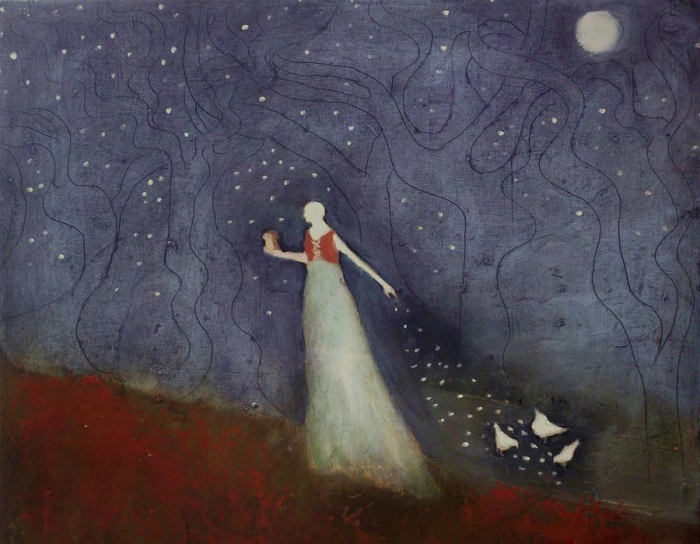 Above: "Underneath the Stars" by Kate Rusby, from Barnsley, South Yorkshire. This haunting song was the title track of her sixth solo album in 2003. 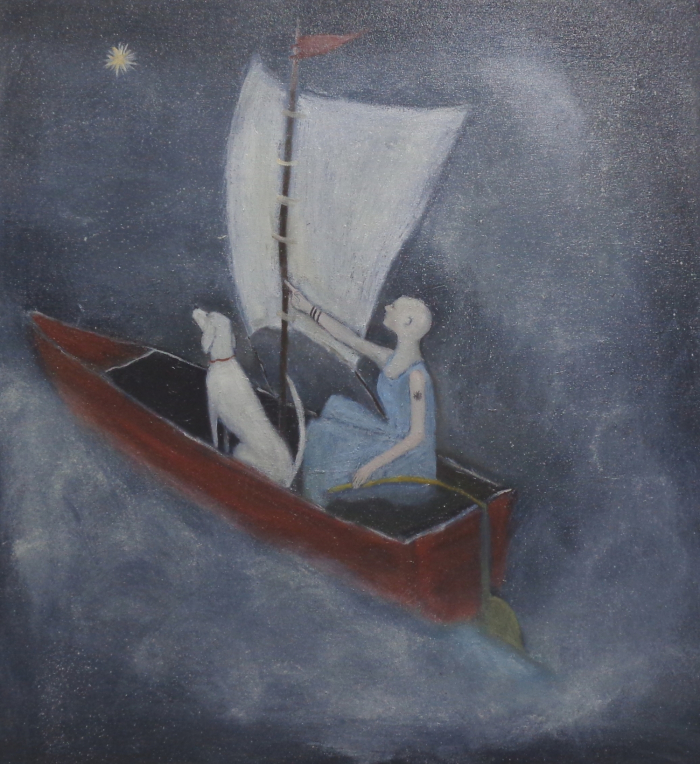 Below: "Staring at the Stars" by Salt House (Jenny Sturgeon, Ewan MacPherson and Lauren MacColl), a folk trio based in Scotland. It's from their thoroughly gorgeous new album Undersong (2017), recorded on the tiny island of Berneray in the Outer Hebrides. 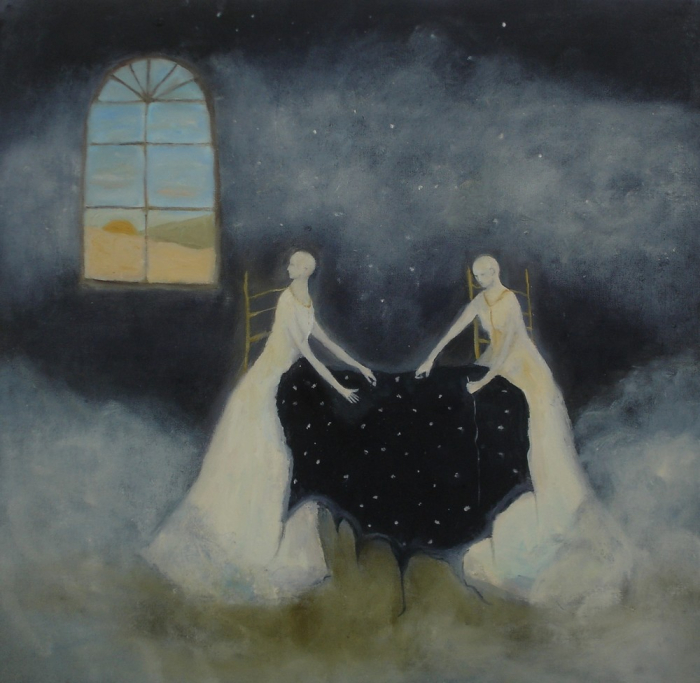 Below: "All the Stars Are Coming Out Tonight" by singer-songwriter John Boden (formerly of Bellowhead, and creator of the Folk Song a Day project). The song appears on his new album Afterglow (2017), which is terrific. 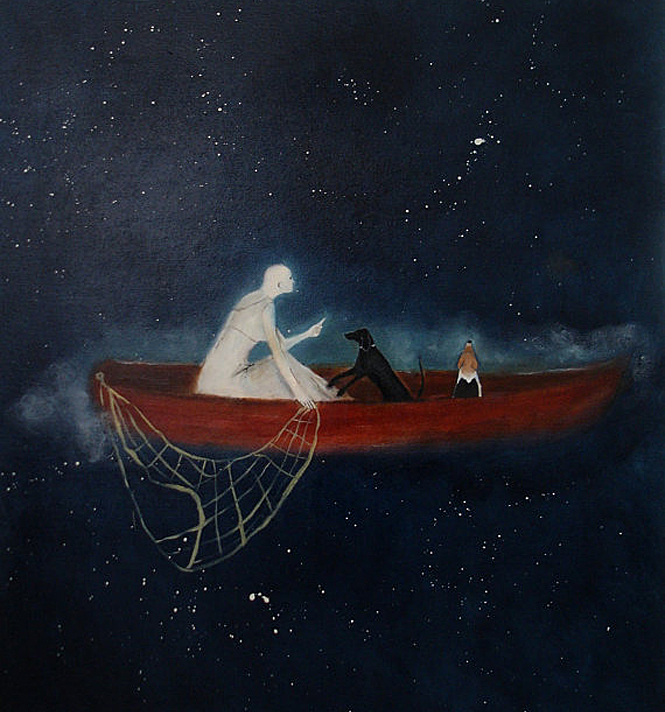 The star-filled art today is, of course, by Jeanie Tomanek, who is based in Marietta, Georgia.

"I paint," she says, "to explore the significance of ideas, memories, events, feelings, dreams and images that seem to demand my closer attention. Some of the themes I investigate emerge first in the poems I write. Literature, folktales, and myths often inspire my exploration of the feminine archetype. My figures often bear the scars and imperfections, that, to me, characterize the struggle to become."

To learn more about the artist, go here. To view a photo-essay of her workspace, go here. To see more of  Jeannie's work, please visit her website, or seek out her book, Everywoman Art. 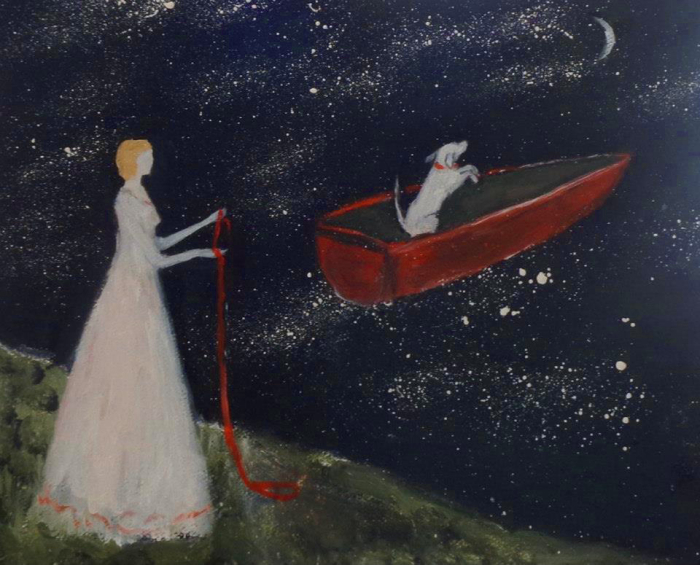 Some lovely music, Terri, although Don McLean was lurking in the background here.

"The cosmos is within us. We are made of star-stuff. We are a way for the universe to know itself." Heart to heart dear Terri.