How we begin
Rituals of Approach 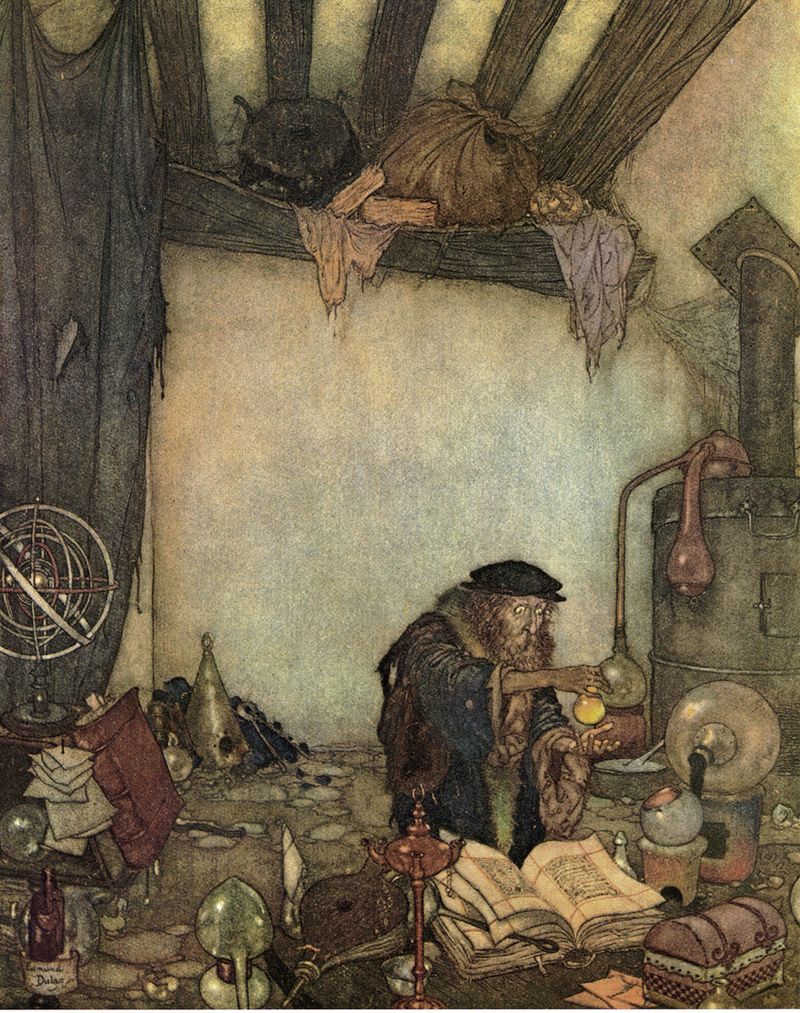 From "Worlds Apart," a talk by Susan Cooper at Oxford University (1992):

"Writing is one of the loneliest professions in the world because it has to be practiced in this very separate private world, in here. Not in the mind; in the imagination. 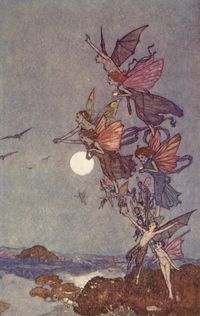 And I think it is possible that the writing of fantasy is the loneliest job of the lot, since you have to go further inside. You have to make so close a connection with the the subconscious that the unbiddable door will open and images fly out, like birds. It's not unlike writing poetry.

"It makes you superstitious. Most writers indulge in small private rituals to start themselves writing each day, and I find that when I'm working on a fantasy I'm even more ludicrously twitchy than usual. The very first half hour at the desk has nothing much to do with fantasy or even ritual: it's what J.B. Priestley used to call 'sharpening pencils' -- the business of doing absolutely everything you can think of to put off the moment of starting to work. You make another cup of coffee. You find a telephone call that must be made, a letter that must be answered. You do sharpen pencils. You look at the plant on the windowsill and decide that this is just the time to water it, or fertilize it, or prune it. Maybe it's even time to repot it. You hunt for the houseplant book, and look this up, and it says severely that this kind of plant enjoys being pot-bound and should never be repotted. So you turn to the bowl of paperclips on your desk, and find that safety pins and pennies and buttons have found their way in, so of course you really ought to sort out the paperclips.... 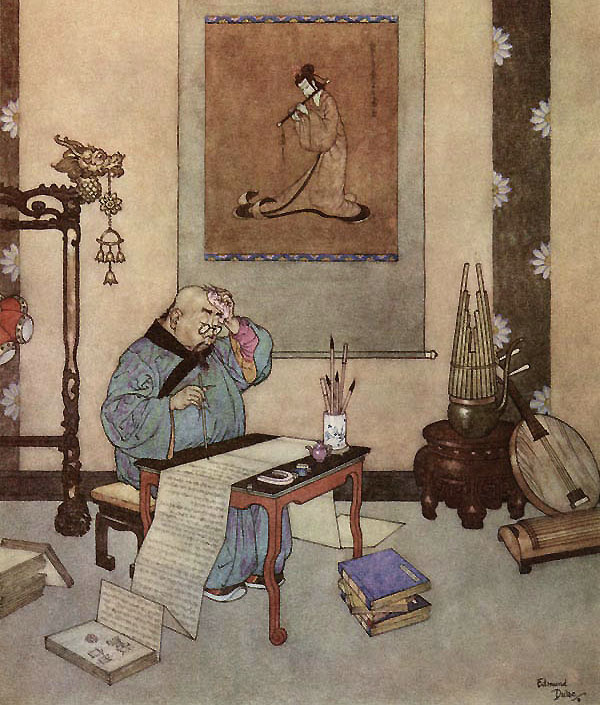 "Finally guilt drives you to the manuscript -- and that's when the real ritual begins. (I should go back to the first person, because in this respect everyone is different.) I have to start by reading. I read a lot of what I've already written, maybe two or three chapters, even though I already know it all by heart. I read the notes I made to myself the day before when I stopped writing -- those were the end-of-the-day ritual, to help with the starting of the next. During this process I've picked up one of the toys scattered around my study, and my fingers are half-consciously playing with it: a smooth sea-washed pebble from an island beach, a chunky ceramic owl from Sweden, a little stone wombat from Australia. I read the last chapter again. I wander to a bookshelf and read a page of something vaguely related to my fantasy: Eliot's Quartets, maybe, or de la Mare's notes to Come Hither. I have even been known to blow bubbles, from a little tube that sits on my desk, and to sit staring at the colors that swirl over their brief surfaces. This the moment someone else usually choses to come into the room, and I can become very irritable if they don't appreciate that they are observing a writer seriously at work. 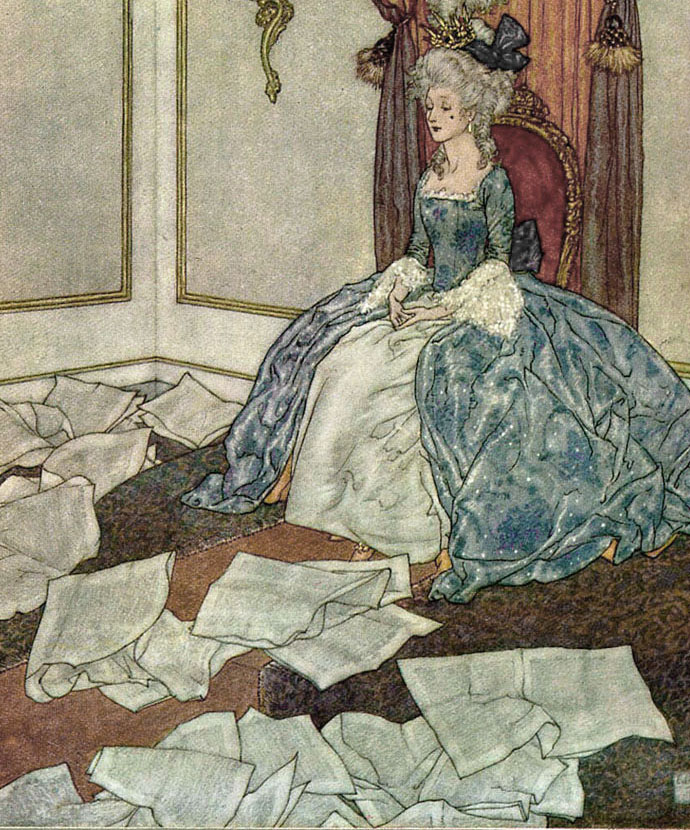 "What I'm doing, of course, is taking myself out of the world I'm in, and trying to find my way back into the world apart. Once I've managed that, I am inside the book that I'm writing, and am seeing it, so vividly that I do not see what I am actually staring at: the wall, or the typewriter, or the tree outside the window. I suppose it is a variety of trance state, though that's a perilous word. It makes one think of poor Coleridge, waking from  an opium-induced sleep with two hundred glowing lines of Kubla Khan in his head, being interrupted by a person from Porlock when he'd written down only ten of them, and finding, when the person had gone, that he'd forgotten all the rest. Trance is fragile.

"The world of the imagination is not fragile, not once you've reached it, but because it is set apart, you can never be sure of reaching it. It seems very curious to be standing here in the university which tried to teach me reason, and confessing to uncertainty and superstition of a kind which would have appalled my tutor. Reason, however, is singularly unhelpful to a novelist except in a few specialized situations, like the matter of chosing a publisher, or arguing points of English grammar with a copy editor. The imagination is not reasonable -- or tangible, or visible, or obedient. It's an island out in the ocean, which often seems to retreat as you sail toward it. Sometimes it vanishes altogether, mirage-like, and nothing can be done to bring it back into reach. This produces a bad day during which you write nothing of value and have to wait until tomorrow and start again. "We cast spells to find our way into the unconscious mind, and the imagination that lives there, because we know it's the only way to get into a place where magic is made." 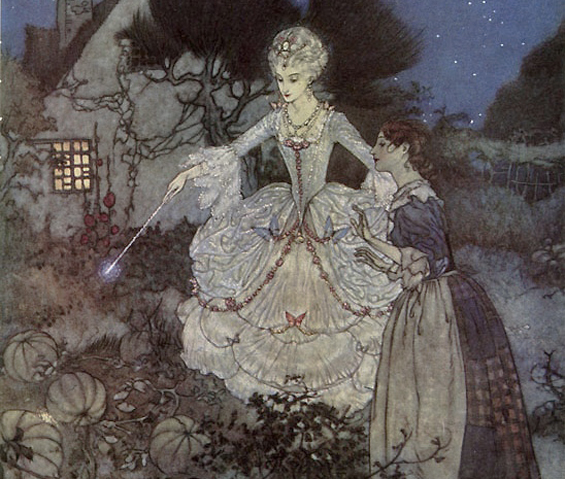 Pictures: The fairy tale illustrations above are by the great Golden Age book artist Edmund Dulac (1882-1953). Born in Toulouse, France, he moved to London in 1904, and became a naturalized British citizen in 1912. Words: The passage quoted above is from "Worlds Apart" by Susan Cooper, from her essay collection Dreams and Wishes (Margaret K. McKelderry, 1996). All rights reserved by the author.

in From the archives, On writing | Permalink | Comments (7)

good for thought here.Love the plant and thereafter clips etc

Love how the illustrations march the text. It is such a struggle to cross the threshold into writing time-and-Soave even in nonfiction, so I can imagine that writing fantasy is even a longer passageway. I gave her entire Dark is Rising series in hardcover to my grandson for Christmas. Thank you for this piece, which enhances my admiration for writers of fantasy.

Angela and Elizabeth: I highly recommend Cooper's essay collection, Dreams and Wishes, if you haven't read it already. Her nonfiction is as brilliant as her fiction.

It's always a pleasure to post Edmund Dulac illustrations. He was a true Master. We have a small, but beautifully detailed, print of the Cinderella image above hanging in our livingroom, where I can see it and wonder at it every day.

What an accurate description of the practice of writing - or getting to the place where one can write. Some days it is a terrible struggle and some days the words just bubble up like an artesian spring. I'll have to look up Susan Cooper! The illustrations are gorgeous.

Oh thank you. This has opened a way for me to understand some recent reactions to being finished with Reach of the Heron and watching it fly away, leaving me behind and feeing like an exile from the islands where it was born. Writing is so much like casting a spell, making the place for a vision, hoping for a path of returning.

Oh! I'm so glad I found this post this morning. Thank you. Gathering charms for this morning's writing spell...